One on One with Richard Devine

null One on One with Richard Devine

One on One with Richard Devine 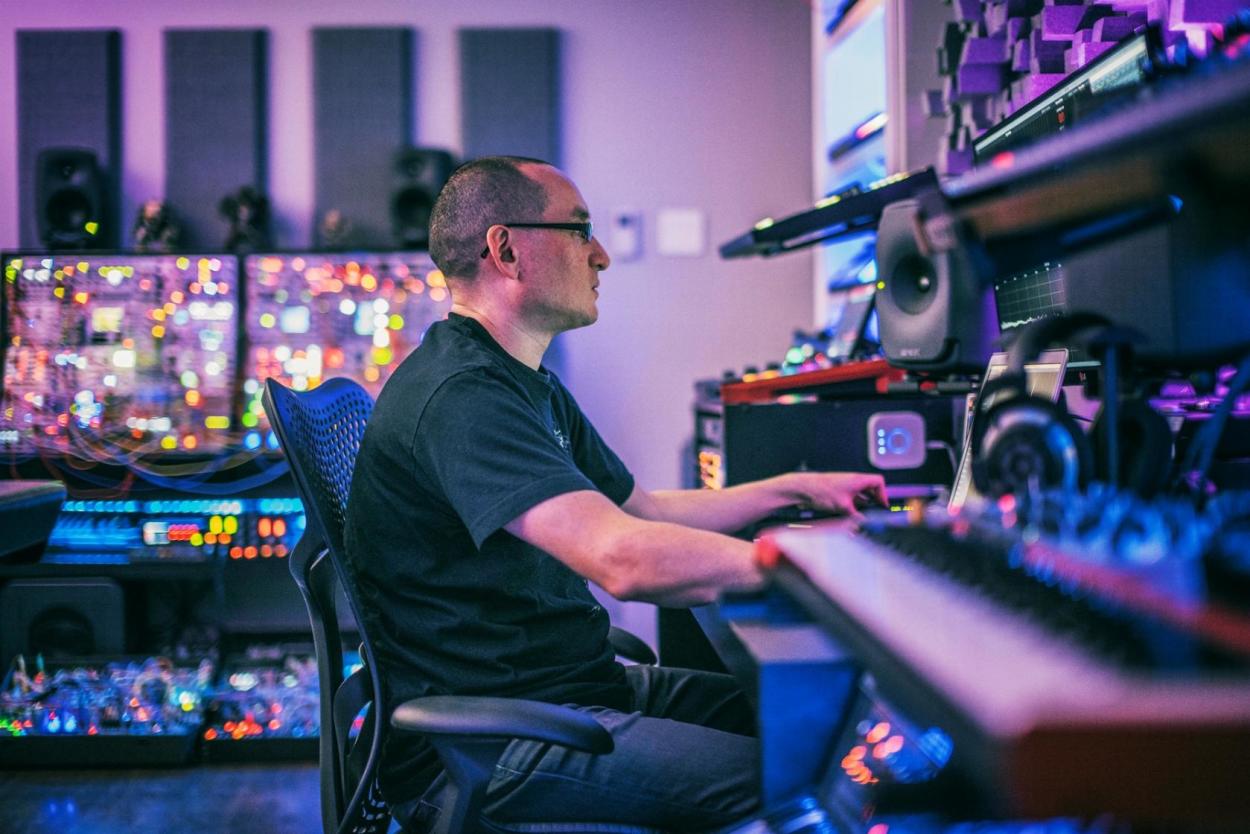 Atlanta-based electronic composer and sound designer Richard Devine has worked on projects for Google, BMW, Apple, Sony Media, and many more. His expansive body of work ranges from inventing bespoke sounds for electric cars through to the creation of audio for virtual reality, 360-degree apps such as Google Earth, while his own electronic music has been loudly praised by the likes of Autechre. Most recently he released a sample library with Splice, which can be found here.

“I’ve always felt that you should have an inspiring workspace to create really inspiring things,” says Devine, surrounded by walls of analog and modular synthesizers. For the last seven years his main instrument has been his Eurorack modular system. Working long days, he prefers to spend his time focused on patching cables and turning knobs rather than staring at a computer screen.

When it came time for a new pair of monitors, he needed something that could handle his signature combination of heavy low-end and sparkling high-end detail for up to 14 hours per session… all without causing ear fatigue. In addition, Devine often needs to switch locations; the challenges of moving from one room to the next meant he required a monitoring solution that was easy to transport yet consistent in quality. He found the answer in The Ones, Genelec’s range of three-way coaxial, ultimate point source monitors, from which Devine selected two remarkably compact 8331 monitors for his system, alongside a 7350 subwoofer.

Join us in the video below as we visit Devine’s studio and hear how The Ones have helped him to listen for longer.