null At Home with Ian Litovich 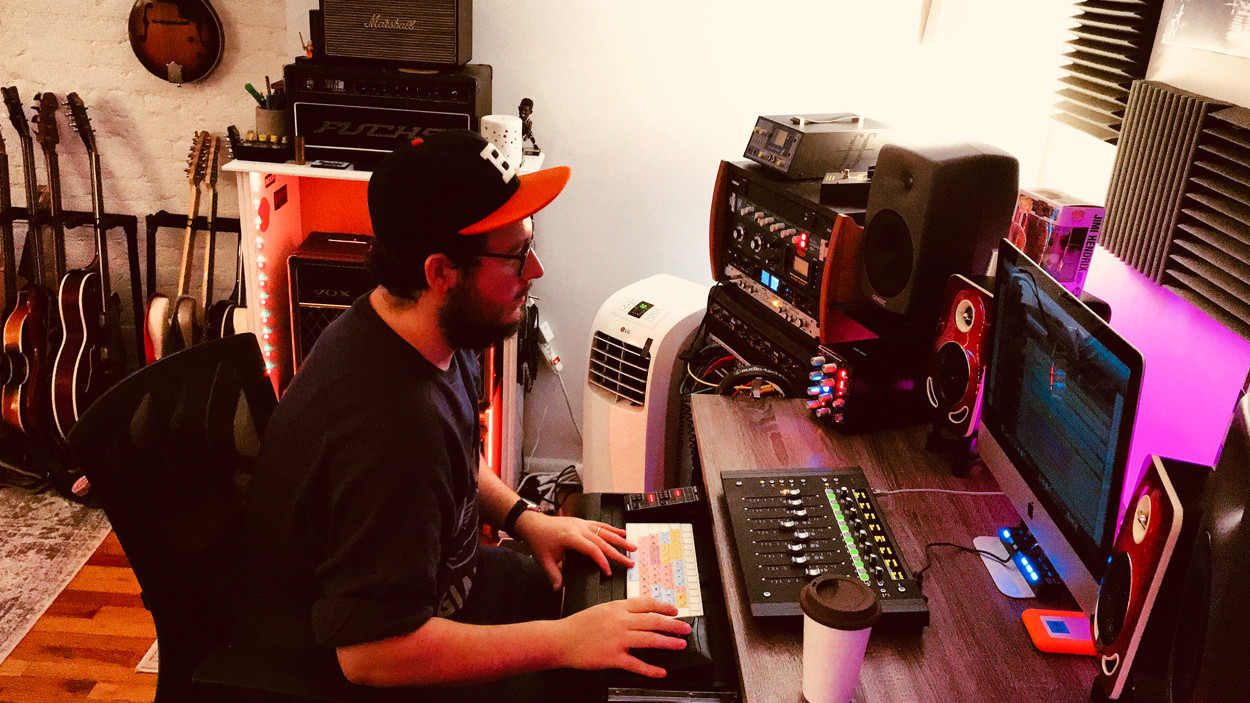 With so many of you creating and consuming music at home right now, we wanted to find out a little more about you, your home setups, and your top tips for being a #GenelecProAtHome!

My Dad was a musician, so I grew up around music and a home studio basically since I was born. I used to listen to a lot of different music from an early age but the one album that really struck me and changed my life forever was 'Abbey Road' by the Beatles. After listening to this album I immediately got hooked on playing guitar & recording.

My first piece of gear was a Harmony Stratocaster copy guitar that was my Dad's. He gave it to me and from there I started to slowly take over his gear (haha!) including a Teac A 2300 Tape Machine.

In which room is your home studio based, and were there any challenges in setting it up?

My home studio is set up in the living room of my apartment. There were definitely many challenges that came with this like neighbours & noise, but the biggest issue was the reflections and acoustics of the room. When I first started to work out of this space I didn't really have much gear or furniture, so it was a real problem recording anything – or just listening to anything – since the reflections were so bad. After some years and getting more furniture, rugs etc, the room has dialled in a little more and the reflections aren't as bad. It's probably not a traditional setup but because I've worked out of here for a while now, I got used to it – and having really nice monitors like my M030s and 8040s also helps so I don't have to guess as much.

What do you think of your monitors, and what do you like about them?

I love both of these monitors. The main thing I've found with Genelec speakers is that they are a good representation of what you are actually hearing. They don't really hype anything, and they give me a realistic sense of the music. In a room like mine where it's not a professionally treated room, having good monitors at least helps to eliminate some of the doubt that comes with mixing. On top of the fact that I can listen to them for hours without getting fatigued. Oh & they sound amazing :)

I'm sure this varies for a lot of people, but in my case I would say watching videos of other musicians, engineers or producers doing their craft always gets me motivated to start an idea – or simply keep getting better every day. Listen to a lot of music, too.

That's a tough one, there are so many good artists out there – but I would probably have to go with John Mayer, Keith Urban & Ed Sheeran.

Since working at home, what has become your ‘Desert Island’ piece of gear? What can’t you live without?

I have to say my speakers. I'm sure that's a predictable answer, but it’s the honest truth. Any other piece of gear doesn't matter if you can't hear it well :)