Aged just 18, Mateo released his first album Abraham Mateo in 2009 at the tender age of 10 - subsequently going on to release three more solo albums which have all achieved Gold or Platinum sales in his home country. Over the last few months Mateo has been working on the production of his new studio album for Sony Latin, collaborating with various artists including Mario Domm (Grupo Camila), Rio Roma, Reik and Descemer Bueno. Sessions for the album have taken place in Miami, Los Angeles, Mexico City and London.

Since Mateo’s home studio is located within his attic - a space that is creatively very inspiring but acoustically untreated - the requirements were for a monitor that could adapt to a very challenging environment, as Miguel Dominguez, Genelec Area Sales Manager explains:

“At this stage Abraham is looking to significantly minimise the effect of his room, so he is monitoring at a relatively short listening distance and taking advantage of Genelec’s GLM software to help correct anomalies in his room performance. The coaxial design of the 8351 allows the listener to make accurate mix decisions at distances of just 40cm upwards, so these monitors are really well suited to Abraham’s current situation. Since he plans to upgrade his studio to a much larger, more acoustically treated space in the near future, he knows that he can then increase his listening distance and SPL levels without sacrificing the accuracy that he’s currently enjoying.”

Having been able to assist Mateo with the calibration of his room, Dominguez was able to explain how invaluable GLM had been:

“By removing the effect of a pair of standing wave modes at low frequency, we’ve achieved a noticeable improvement in bass definition, which at the same time significantly helps to improve the audibility of the mids and delivers a wider stereo image and higher definition across the entire frequency range. Abraham was already impressed with the out-of-the-box performance of the 8351, but after calibrating them with GLM he’s now able to perceive even the smallest detail with the accuracy and clarity that only a professional monitoring tool is capable of delivering.” 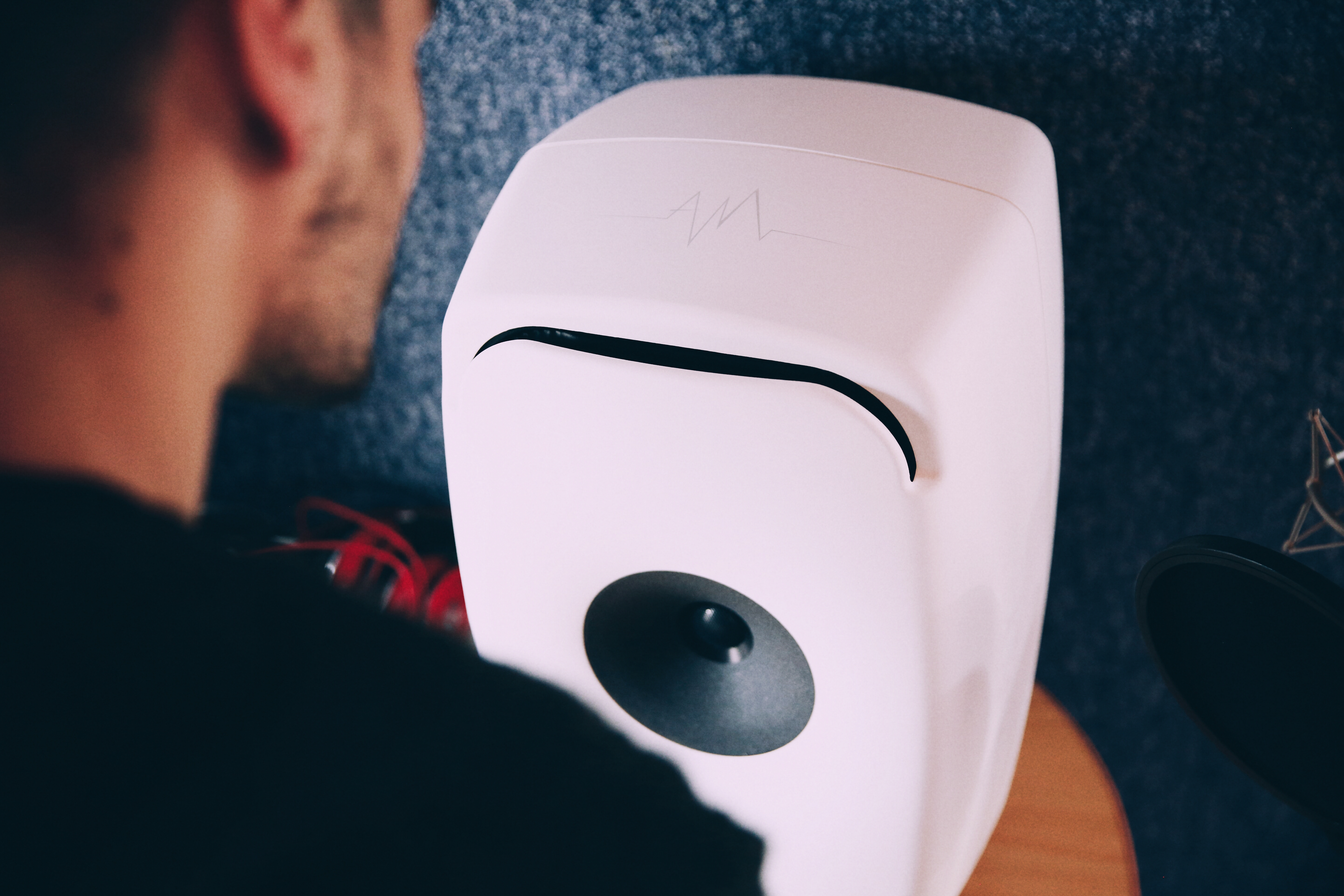