null At Home with Timo Kotipelto 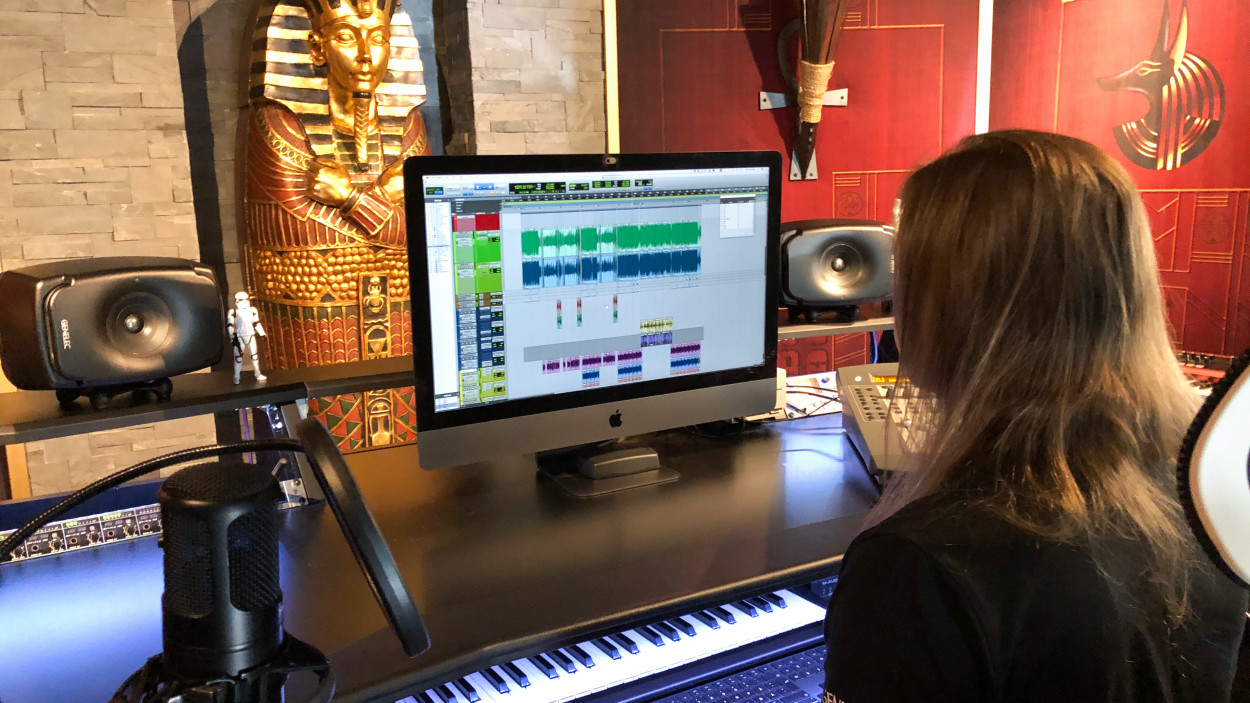 We talk to Timo – lead singer of Stratovarius – from his home in Lappajärvi, Finland and find out a little more about him, his home studio setup, and his top tips for being a #GenelecProAtHome! 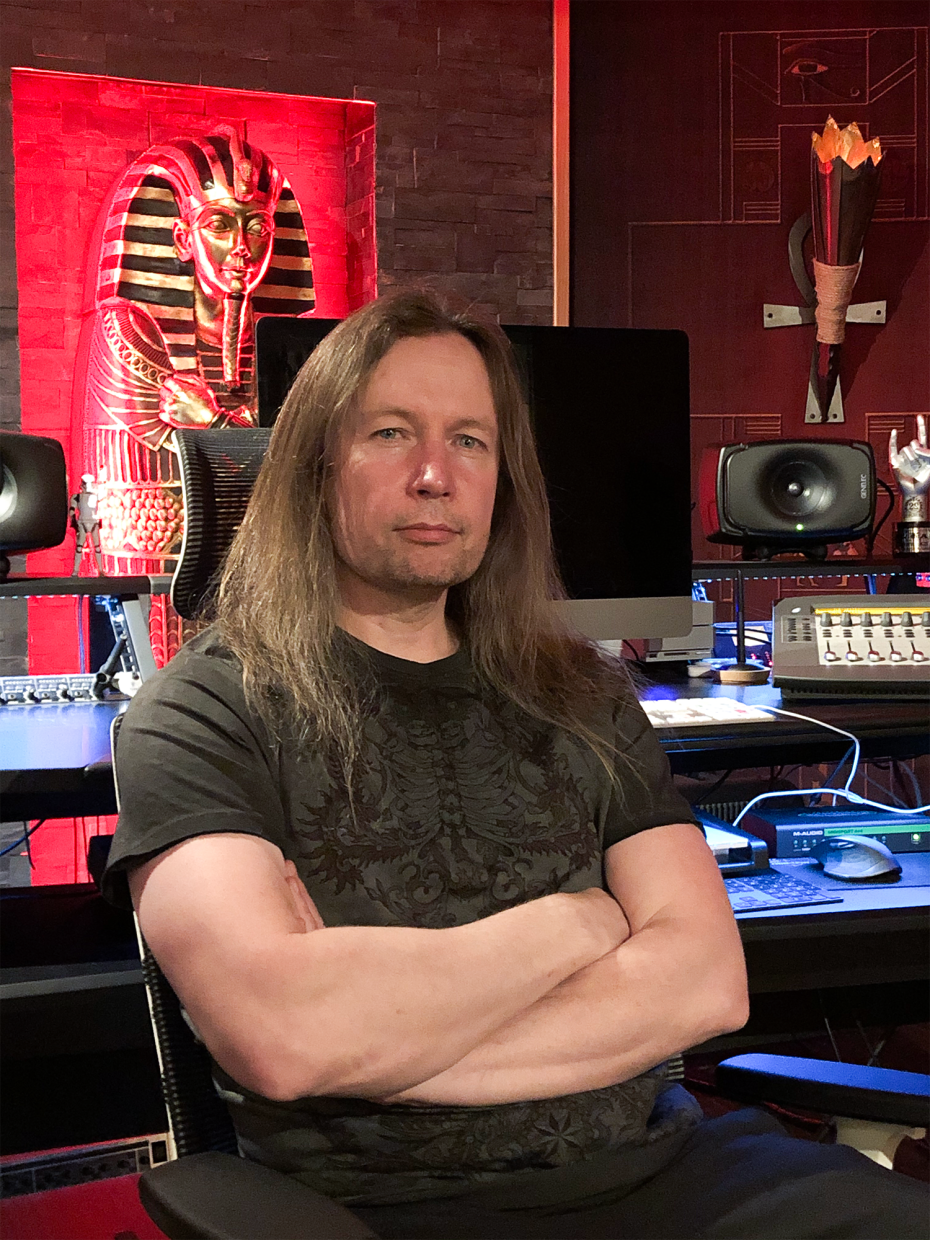 When I was a teenager, we made our first recordings with the local band by recording with one mic, one take. Then we played it back with me singing on top and recording to another tape. Very basic stuff. Inspiration came from the need to create something on our own.

I had a Commodore 64 computer, then an Amiga. But I probably wouldn’t call them recording gear! Later on I bought a PC with an audio interface. My first proper recording gear, basically only for lead vocals, was a PC and audio interface, an Avalon mic preamp (this I probably borrowed) and a Sony C-800 mic. Nowadays my PC times are over, but I still have the same mic!

What was the last piece of gear you bought?

That would actually be a pair of Genelec 8331 monitors and a 7360 subwoofer.

Which room in your home is your studio based, and were there any challenges in setting it up?

I have a separate log house built as a studio in my yard. One room is built as a mixing/vocal recording space. Acoustics and interior design were by Matias Kupiainen, who also happens to be the guitar player in Stratovarius. The other room is for lodging, and possible drum recording/rehearsal space.

What you think of the speakers, and what do you like about them?

I’ve been a fan of Genelec for years. I thought my old Genelecs were fantastic until I heard the 8331s in my studio. They blew my mind! The sound is so clear. I even found some new, never heard instruments while listening to classic tracks. Recording vocals needs headphones, but to actually hear them you need Genelecs! 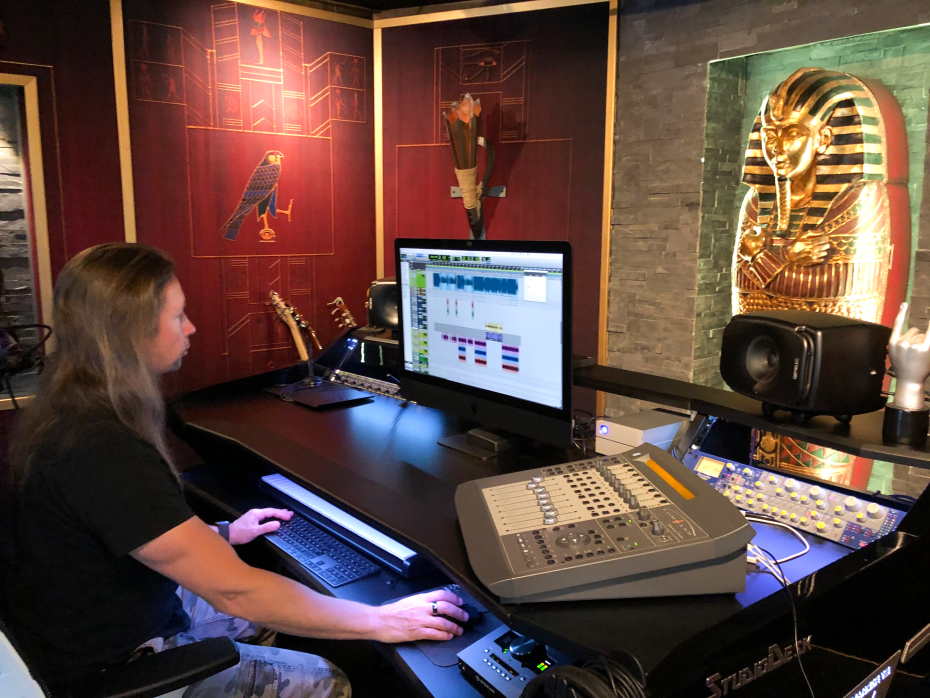 To me nature has always played an important role. Now that I’ve moved out of the city, it’s played an even bigger role. Inspiration for me comes very often late at night, or while walking outside. I very often hum a melody on the phone, and try to figure it out the next day. I also think that the atmosphere in the studio has to be calming to get the best result.

It depends if it’s a vocal recording day, or a composing/demo vocal day. If it’s a vocal recording day, then it means I start warming up my voice. A few practice takes and then actual takes. As a singer (singing power metal, which means I have quite a high tenor register), I try to divide the day into a few different sessions, and let the voice have a break in between.

If it’s a composing day, then a cup of coffee and then checking out some ideas.

I did my first ever Instagram Live with Tarja Turunen. This Genelec IG live would be my second :) I’m not that good at social media stuff, being a bit introvert and a shy guy by nature. I’ll probably be more active now when it comes to Facebook, Instagram etc.

My phone :) So as not to forget ideas. Then it would be Logic, with my Genelecs.

Early Deep Purple, Black Sabbath or Led Zeppelin. Just to watch in awe. Or any session with Ronnie James Dio. I could have maybe sung some backing vocals :)