Behind ‘The Times’ Tour: The Art of Live Audio Streaming

null Behind ‘The Times’ Tour: The Art of Live Audio Streaming

Behind ‘The Times’ Tour: The Art of Live Audio Streaming

Back in September, the iconic Bird's Nest Olympic stadium in Beijing hosted the first concert of The Times tour, by the the hugely popular Chinese singer Wang Feng. 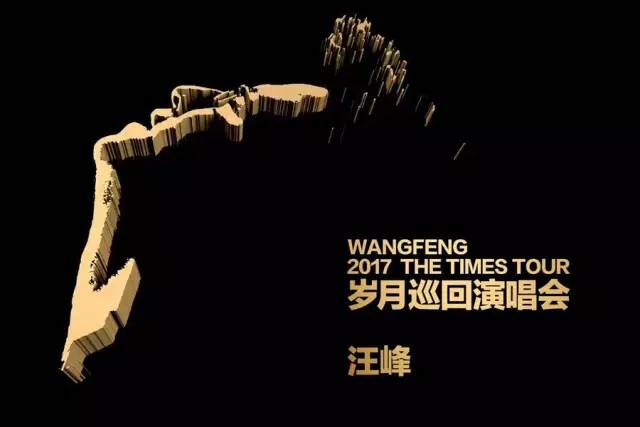 The event was mixed in both stereo and 5.1.4 Dolby Atmos, with Genelec 8351s handling the stereo mix duties and five 8340s, four 8330s and one 7370 subwoofer providing the Atmos mix, which was then streamed live to millions of viewers across China. 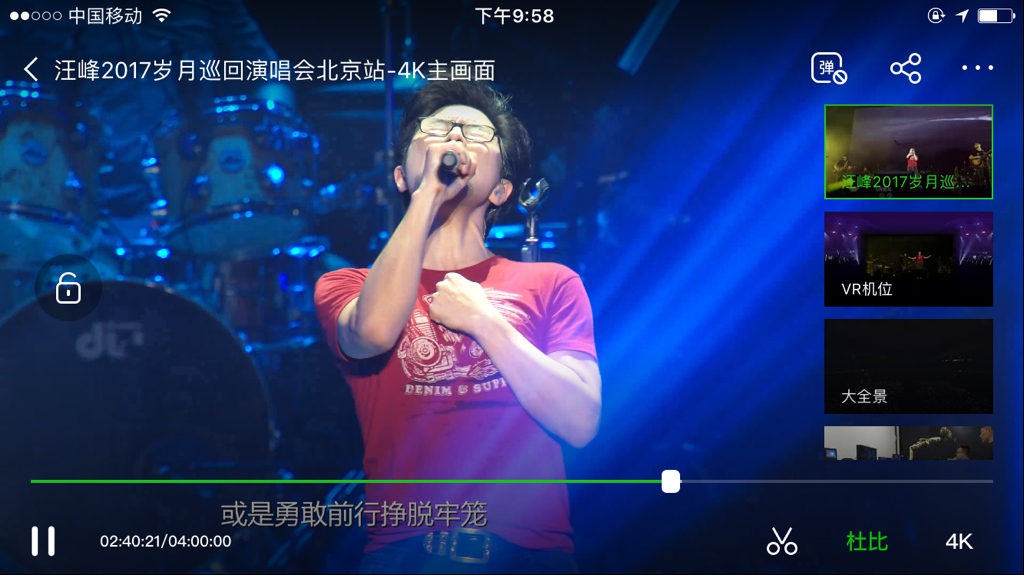 For years, Mr. Li Jun has been recording and mixing all of Wang’s albums, and Li was also responsible for mixing the Beijing concert too. 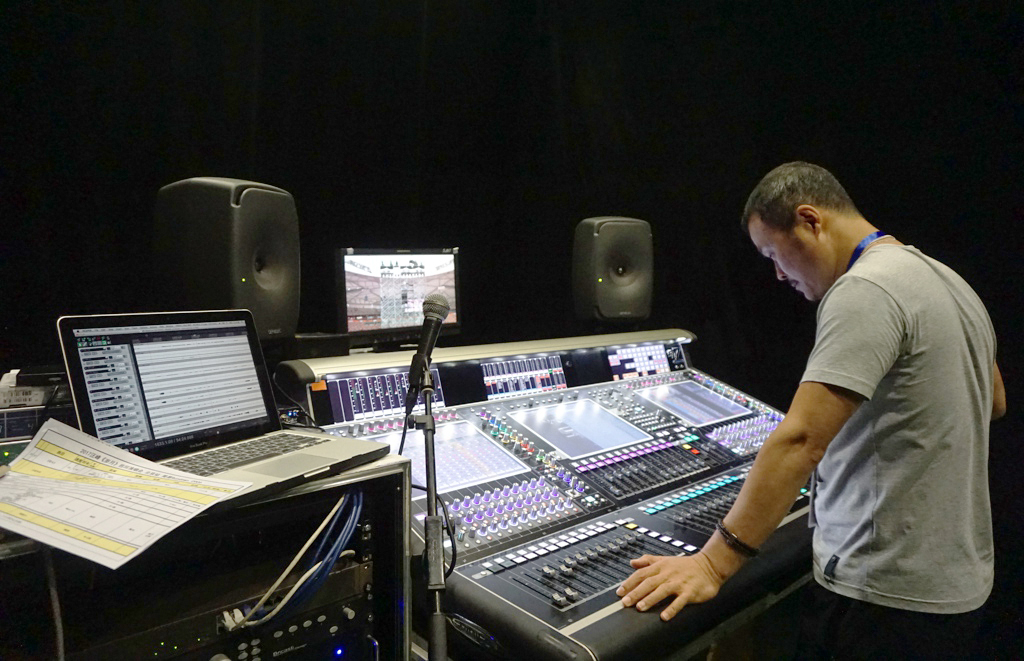 In terms of work flow, Li recorded a multi-track of the band’s pre-show rehearsals, which he then used to fine-tune the actual concert mix. Storing a snapshot for each song ready for the show, Li then mixed in real time according to the musician’s individual performance, actual microphone position and the ‘feel’ of the show on the night. 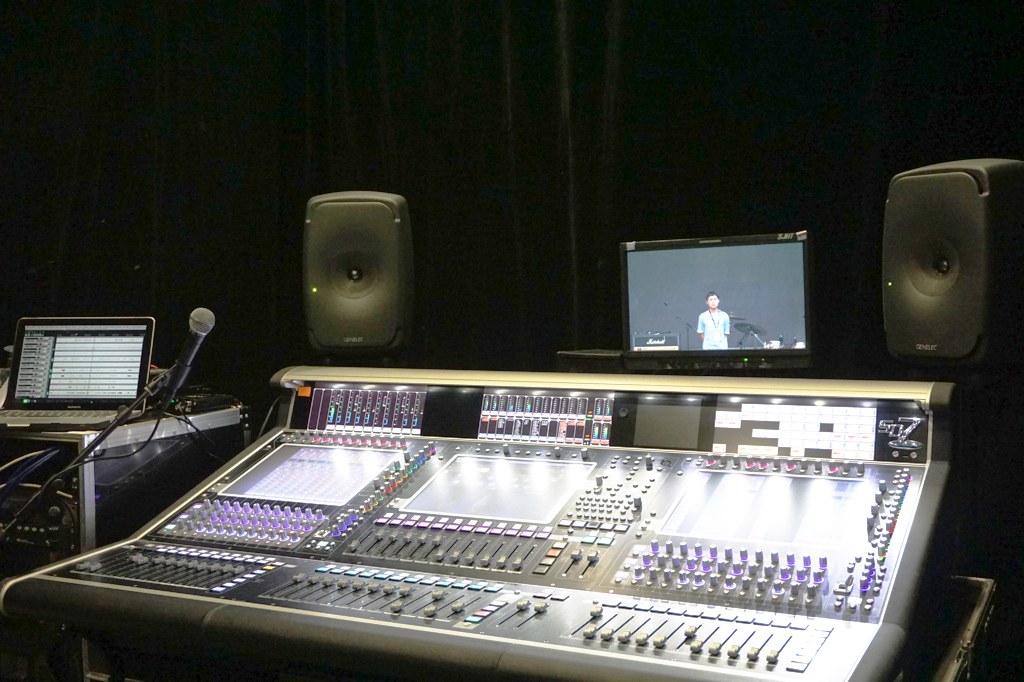 As a long-time user of the classic Genelec 1038 and 1031 monitors in the studio, and 8340 SAM monitors during live stream mixing, Li was impressed with the 8351 monitors used on Wang’s tour. For him, the 8351’s major advantage is its large sweet spot, since when mixing live, engineers are often required to move around the console and outboard rack, meaning they are regularly off-centre. The coaxial point source design of the 8351 means that the imaging is consistent across a wide area, enabling the engineer to make accurate mix decisions even when outside the ‘traditional’ narrow sweet spot.

Dolby’s new Atmos technology gives audio engineers greater freedom to explore, and one of its major advantages is in creating mixes that are closer to the real-life listening experience, presenting the full emotional and spatial range of a live performance to the audience. Lou Wei revealed that, unlike traditional stereo audio mixing, he tries to place different elements in the rear and height channels when panning. 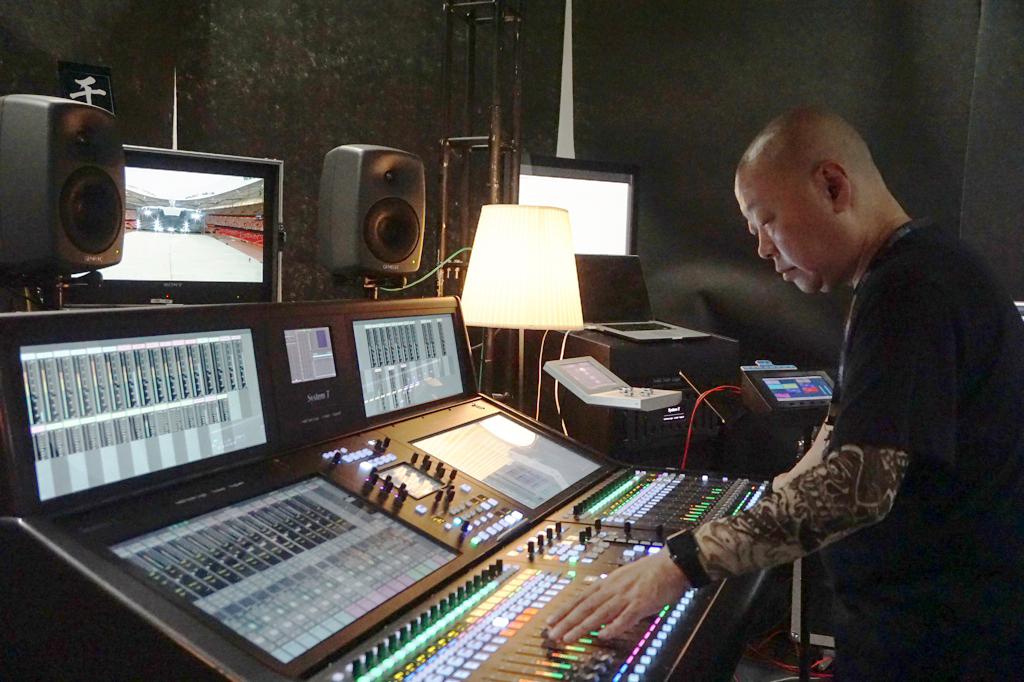 The freedom that Atmos brings also comes with challenges, and Lou is particularly careful when using the height loudspeakers: "Although we have this powerful technology, the point is to create a naturally enveloping listening experience, instead of simply putting something into the 'sky'. If a height speaker shuts down suddenly, the audience will notice immediately that something is missing." he says. 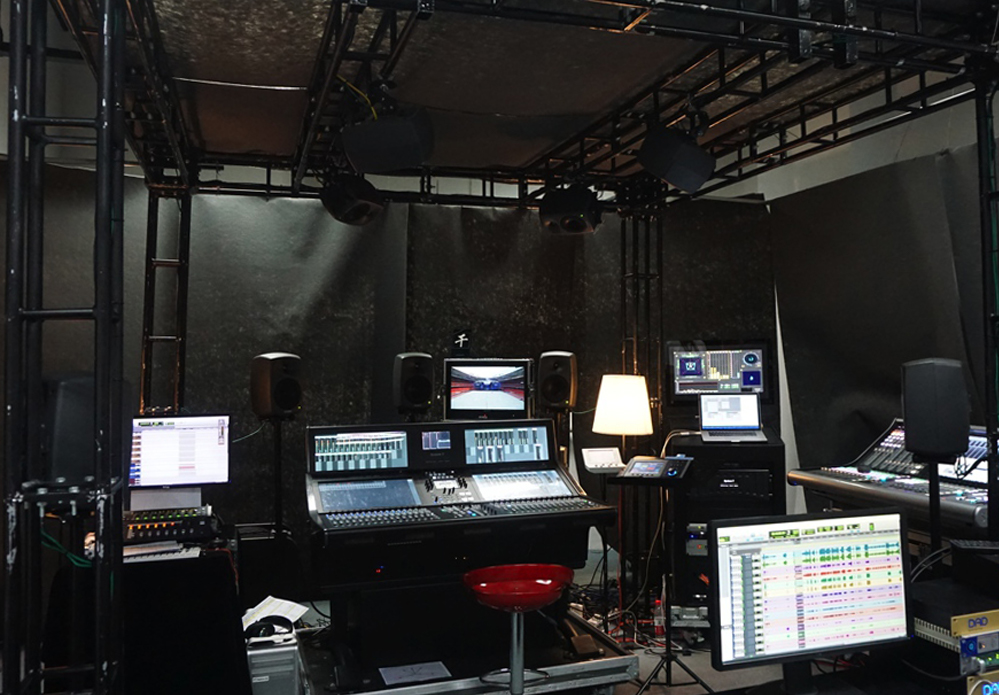 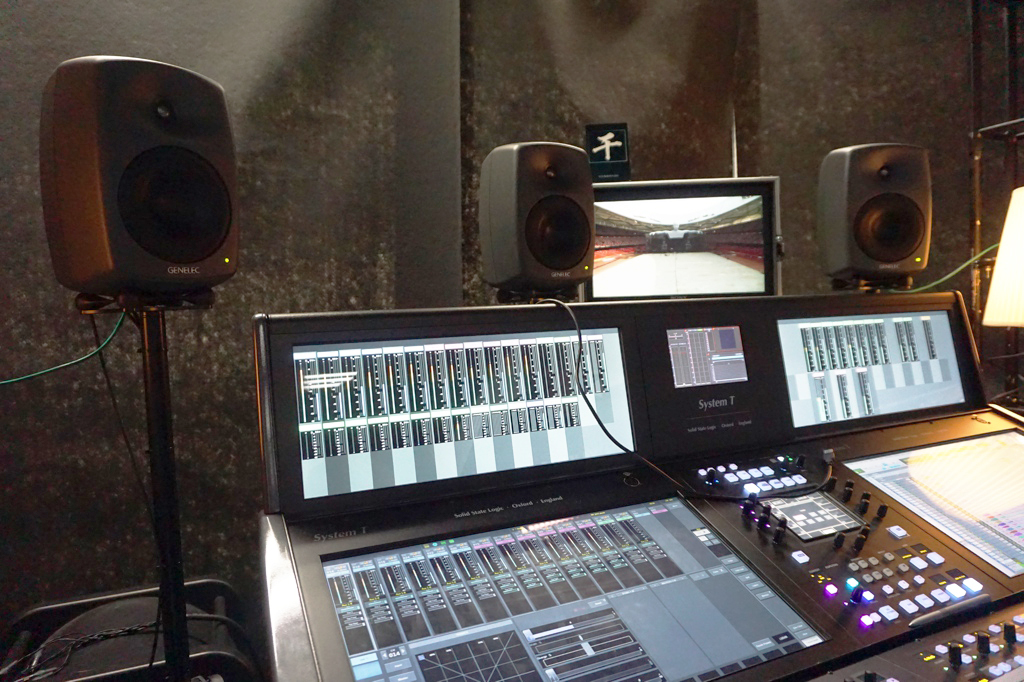 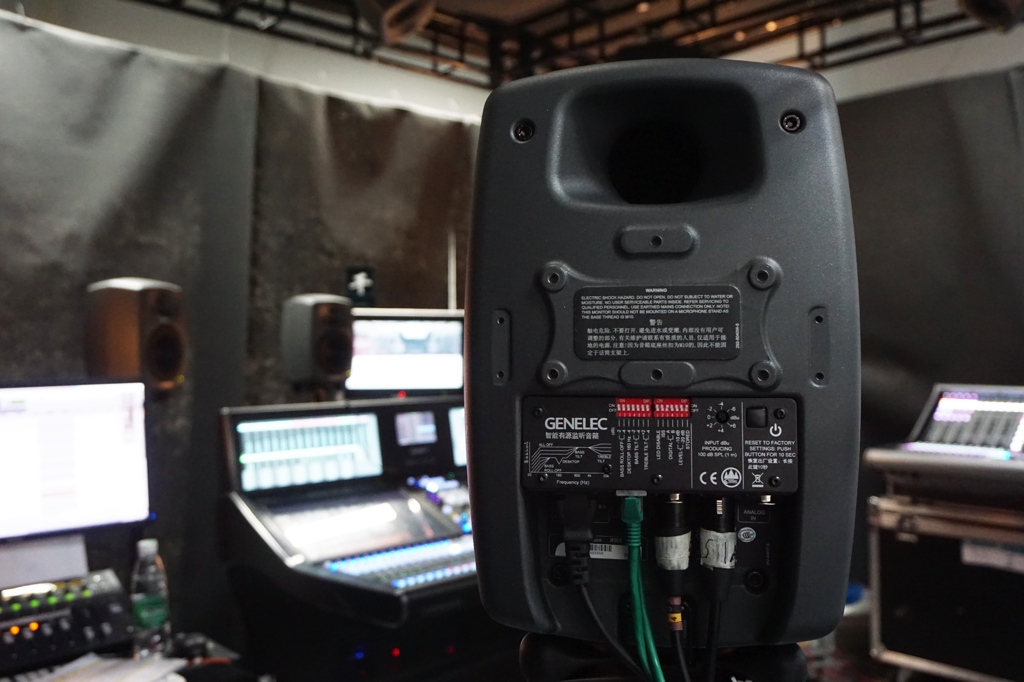 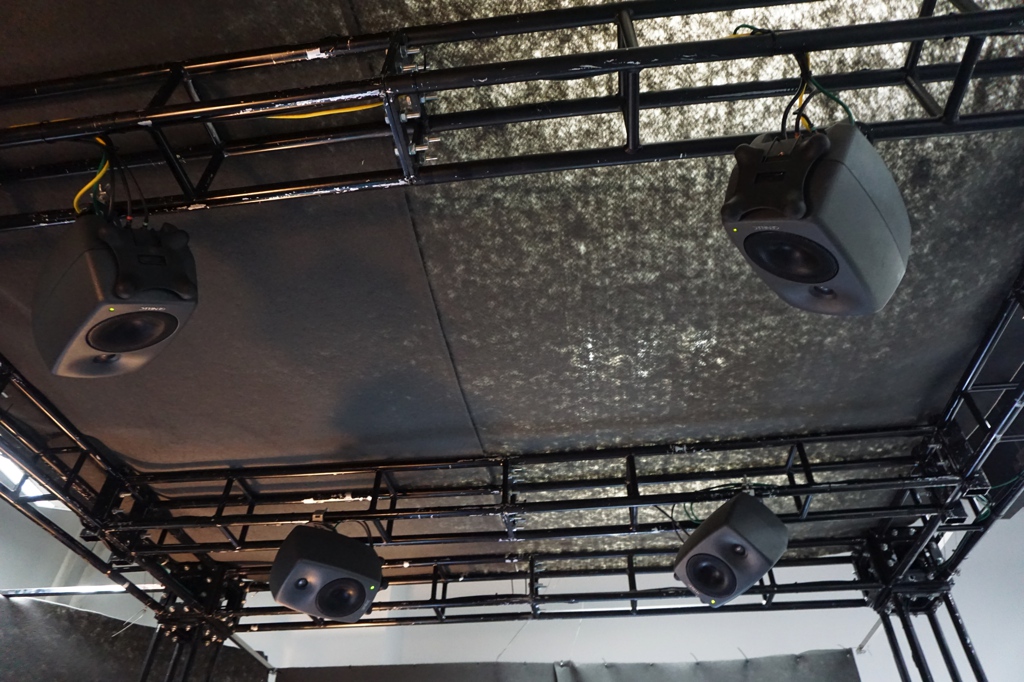 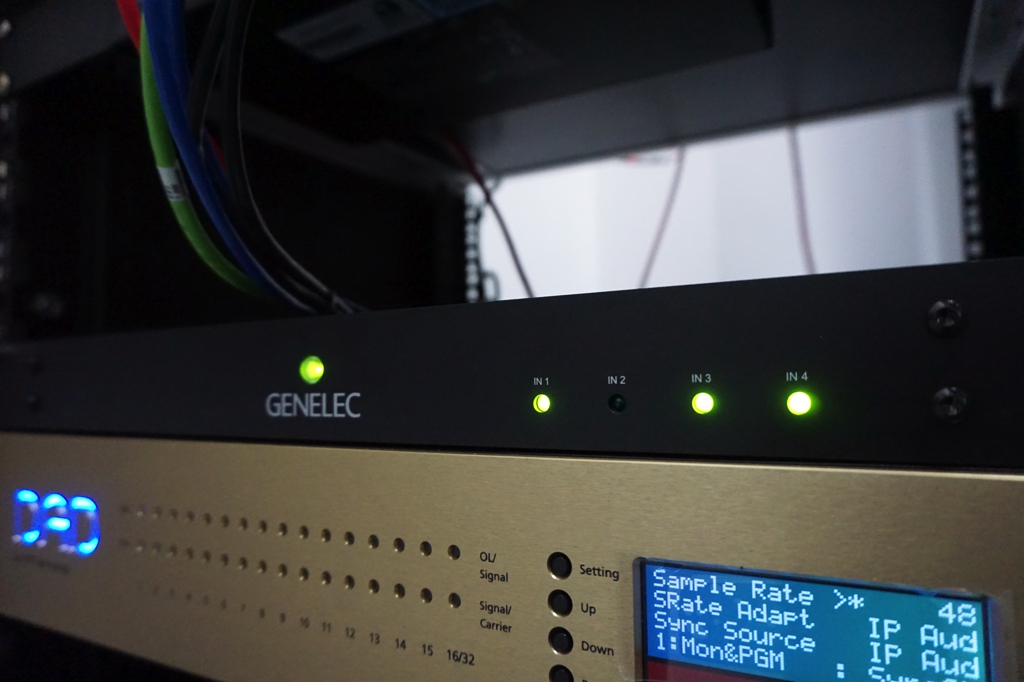 "Besides trying to extend different musical elements to the back and the top, we can also use the height loudspeakers to produce some novel moving sound effects within the music. These creative movements, of course, should be executed according to the music. After all, to keep producing a moving sound effect on the top would be boring: so what we do is to produce the right effect - at the right time - only after we understand the different elements within the music. We don’t have a fixed principle, we just try!" he concluded modestly.

According to Zhang Yan from Dolby, in the past year his team have been responsible for the recorded broadcasting and live Atmos streaming of TV shows, concert tours and sport games including the Voice of China, the final of singing contest Super Boy, BiBi Zhou's concert Boom!, Faye Wong’s Moments Live 2016 Concert and AFC Championship Games, typically consumed through new media channels such as mobile networks and set-top boxes.

In recent years, the audio production of TV and on-line shows and programs has improved significantly – a testament to the incredible behind-the-scenes work of broadcast audio professionals everywhere. Genelec is excited to be part of this revolution, and is looking forward to seeing - and hearing - our monitors helping those professionals deliver increasingly exciting content to the public. 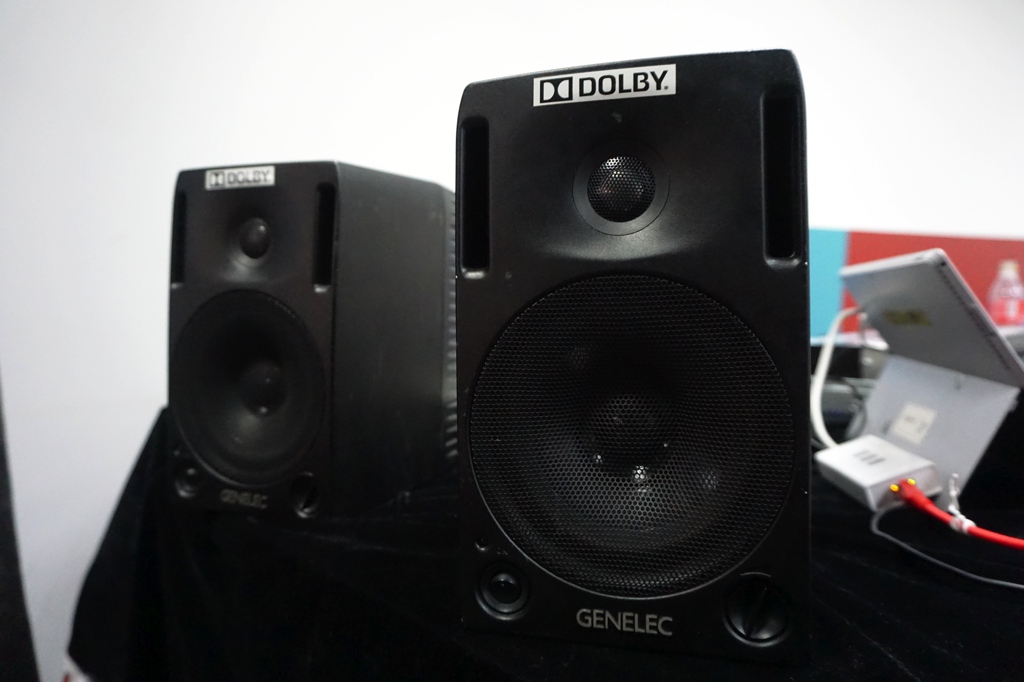 Picture: A pair of Dolby’s vintage Genelec 1029s: after many years of hard work, these are now employed as talkback loudspeakers.