Ciccio is an affectionate way to say ‘chubby’ in Italian. Symbolising as it does a love for all the good things in life, it seemed the perfect name for Gruppo Italiano’s latest restaurant venture in Stockholm. Ciccio’s is the fourth establishment of the award-winning, family-run restaurant group, and perhaps the most ambitious.

Inspired by New York’s (in)famous Little Italy district, Ciccio’s is designed to be a meeting place that blurs the boundaries between work, eating, drinking and socialising. To help create the right atmosphere, Gruppo Italiano turned to systems integrator, Hages, in Stockholm, who supplied and installed a state-of-the-art Genelec sound system. 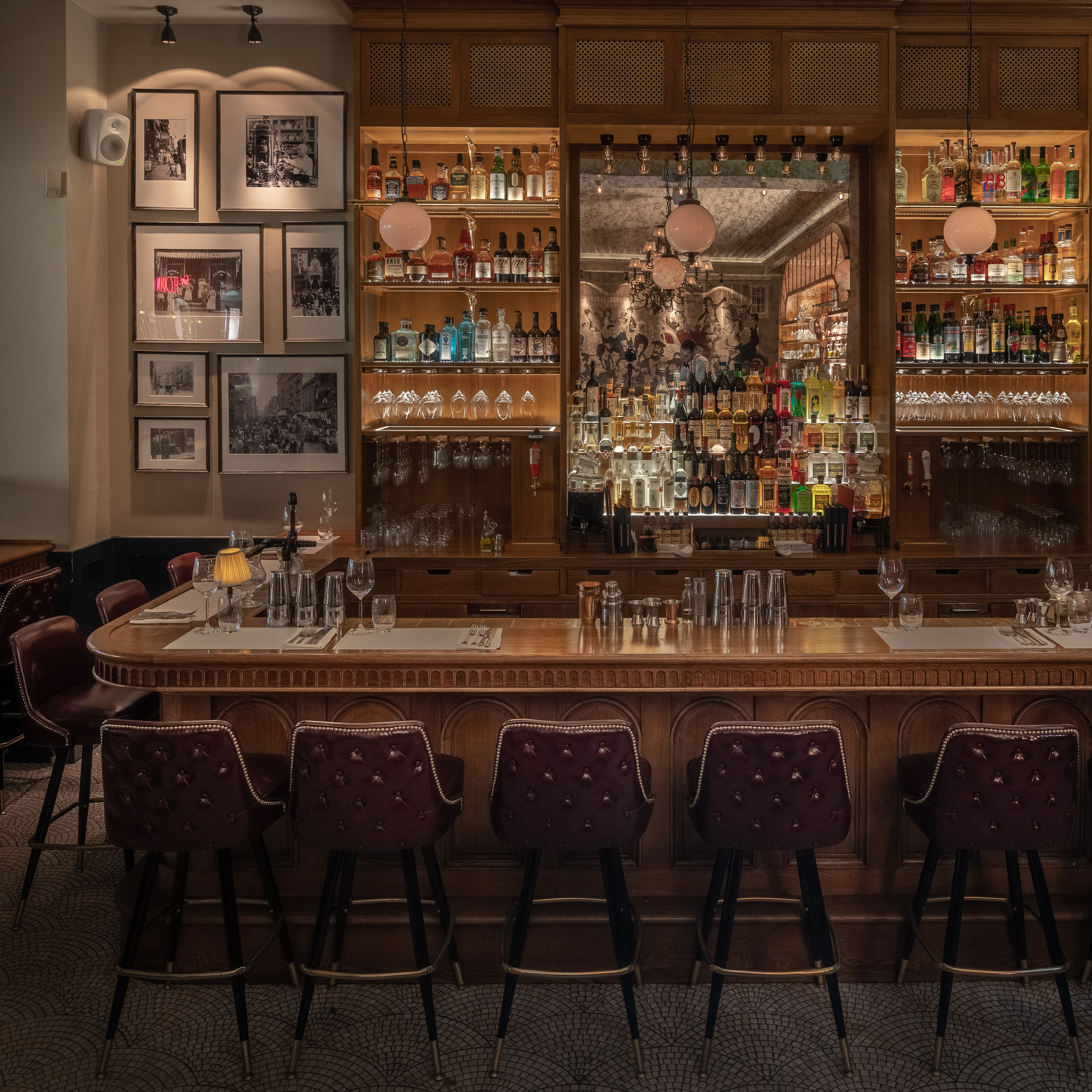 Hages specialises in audio design for public spaces, and especially restaurants, which made them a natural choice for Gruppo Italiano. Hages CEO, Thomas Axelsson, explains that they were contacted by the restaurant group in the very early stages of the project and asked to design the audio environment for the new restaurant. “Being involved so early in the construction process was a huge advantage as it enabled us to measure and calibrate the space very accurately and include the speakers in the blueprints. As a result, we knew that once the speakers had been installed, we would achieve the same level of sound distribution throughout the entire space. Regardless of where you find yourself in the restaurant, you will enjoy the same audio experience.” 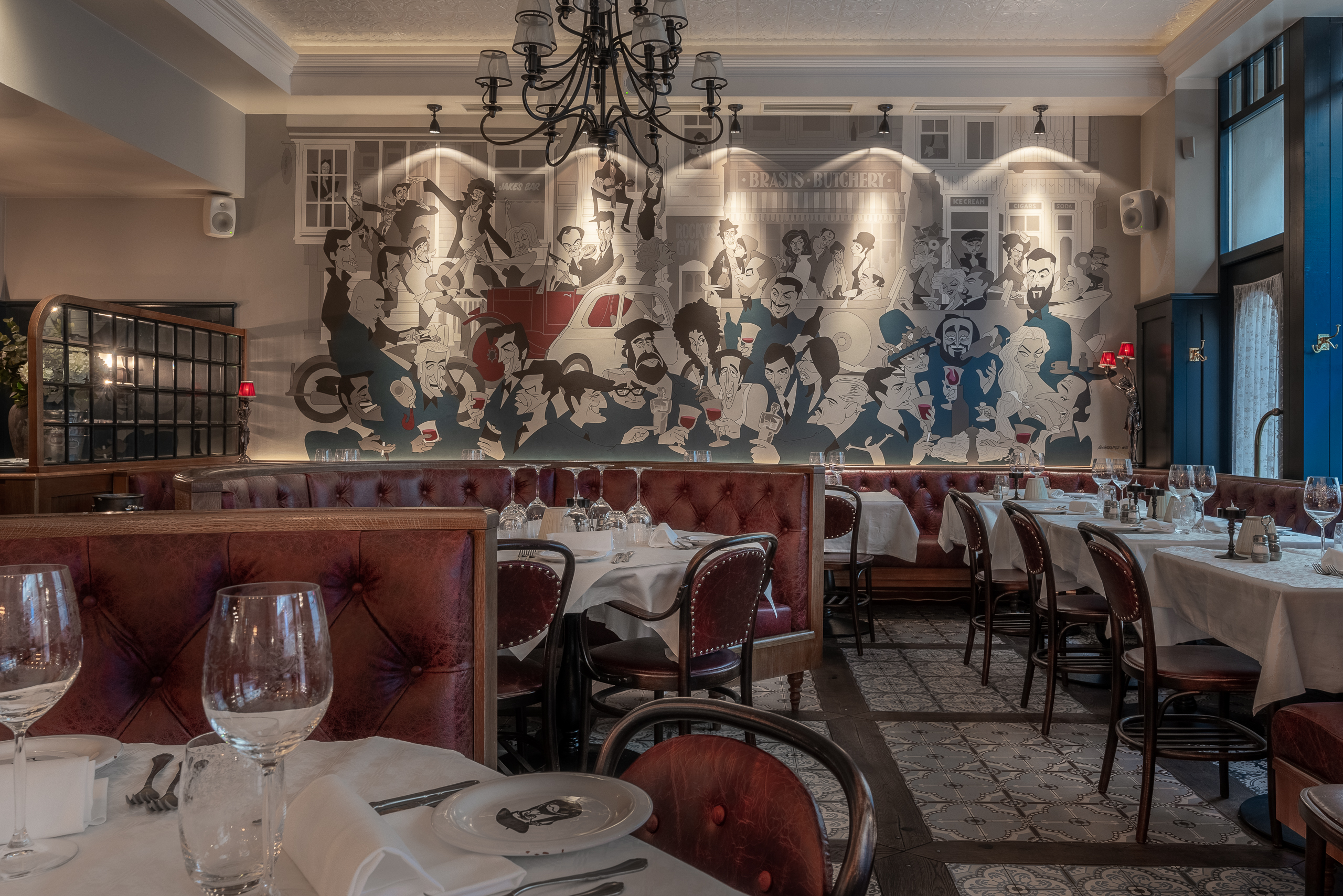 “It also makes installation so much easier because speaker placement has already been determined, and all of the electrics and wiring have already been catered for, so the final result is really clean,” continues Axelsson. “You know before you even start that there won’t be any unsightly wires trailing and that each speaker will be optimally placed for the best results, both acoustically and aesthetically.”

For this project, Axelsson opted for a total of sixteen Genelec 4030C loudspeakers from Genelec’s installation-specific 4000 Series. “We chose the 4030C because the sound is incredibly precise, and it has great range and power. In fact, the low end is powerful enough that it makes the need for an additional bass speaker almost redundant. We did add bandpass subwoofers in a few places because we had the budget to do it and it just fills out the sound a bit more at the bottom end, but it certainly wouldn’t have been a disaster if we couldn’t have done it. As it is, the subs are fully integrated into the interior and are completely invisible.”

"Genelec has a reputation for superlative sound quality, and the 4000 Series is no exception.”

Axelsson also appreciates the tonal balance of the 4030s. “As well as being precise, the sound is also incredibly natural and transparent. The highs are clear and musical without being aggressive and the mids and lows are present without being overwhelming. Genelec has a reputation for superlative sound quality, and the 4000 Series is no exception.” 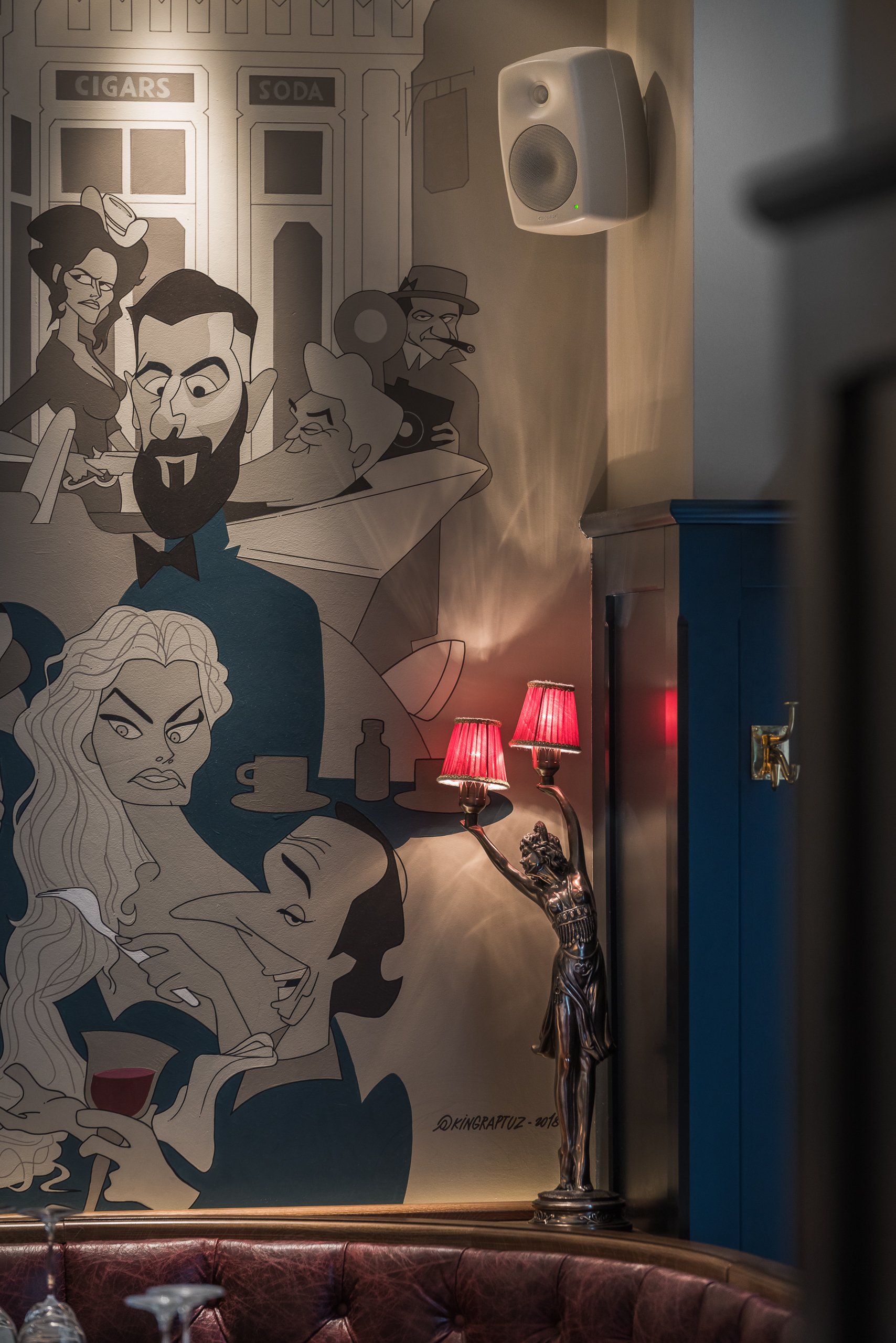 However, in a restaurant environment like Ciccio’s where the décor and atmosphere are of prime importance, the loudspeaker choice wasn’t solely about the sound — it had to work visually as well. “Fortunately, the 4030Cs look as good as they sound with their pleasantly rounded form, and they also offer the possibility to customise the colours to blend seamlessly into the environment. We chose to paint the speakers using an oven lacquer so that the speaker colours match the interior perfectly. They look wonderful.” 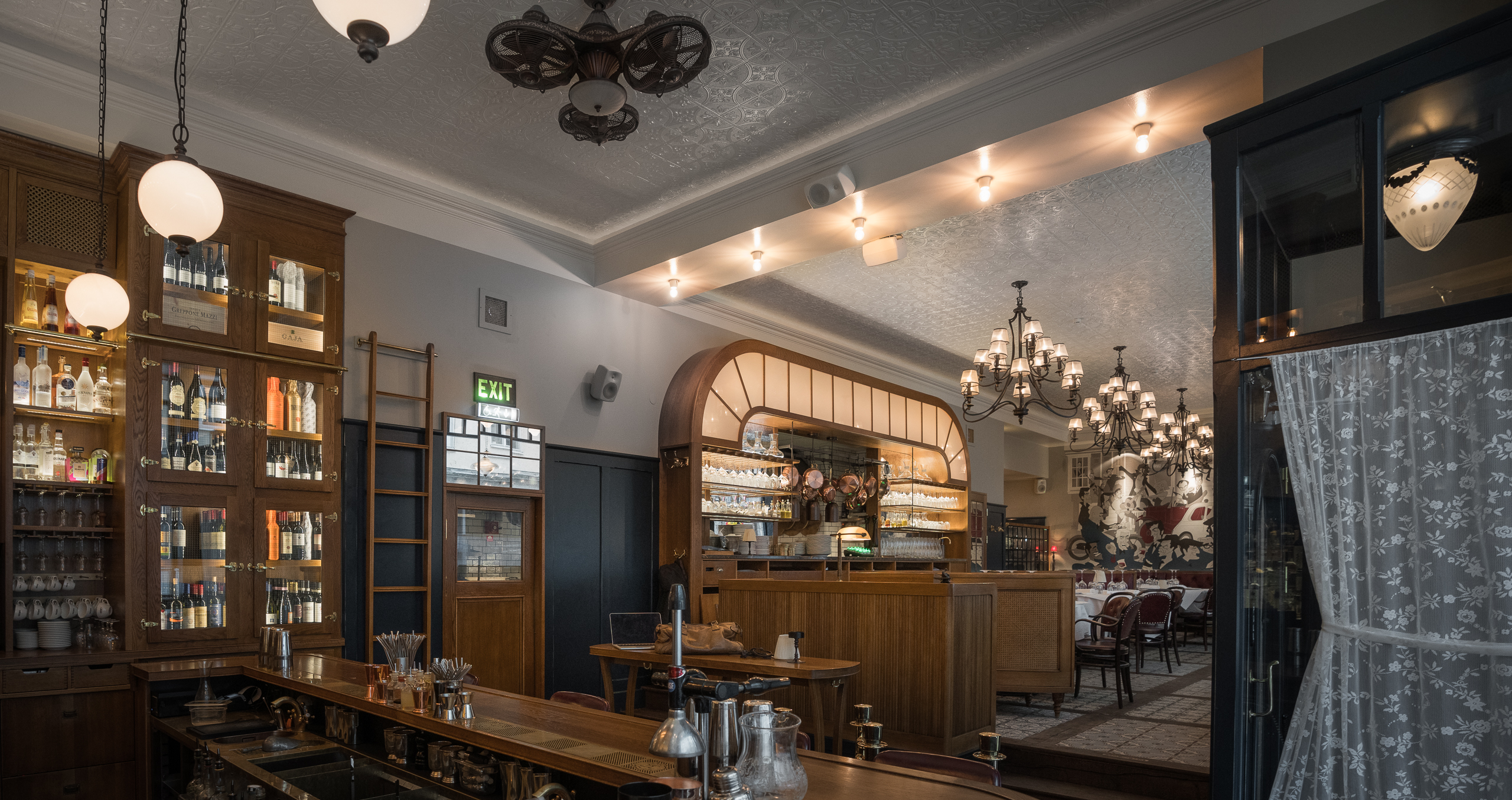 Hages used a Bose ControlSpace ESP-880 for processing and system control. “We used the ESP-880 to commission the system and provide straightforward system control via a programmable user interface — essentially a wall panel — that we have programmed to be so simple that absolutely anyone can use it, even if it’s their first night on the job. We’ve basically given them on/off and level control, and that’s it! But that’s all they need. The system sounds amazing whether at low levels during dinner when you just want unobtrusive background music, or when you’ve turned it up for the late night/weekend crowd that is wanting to party and dance on the tables. The owners are delighted with the results. Ciccio’s is already turning out to be a very popular nightspot in Stockholm.” 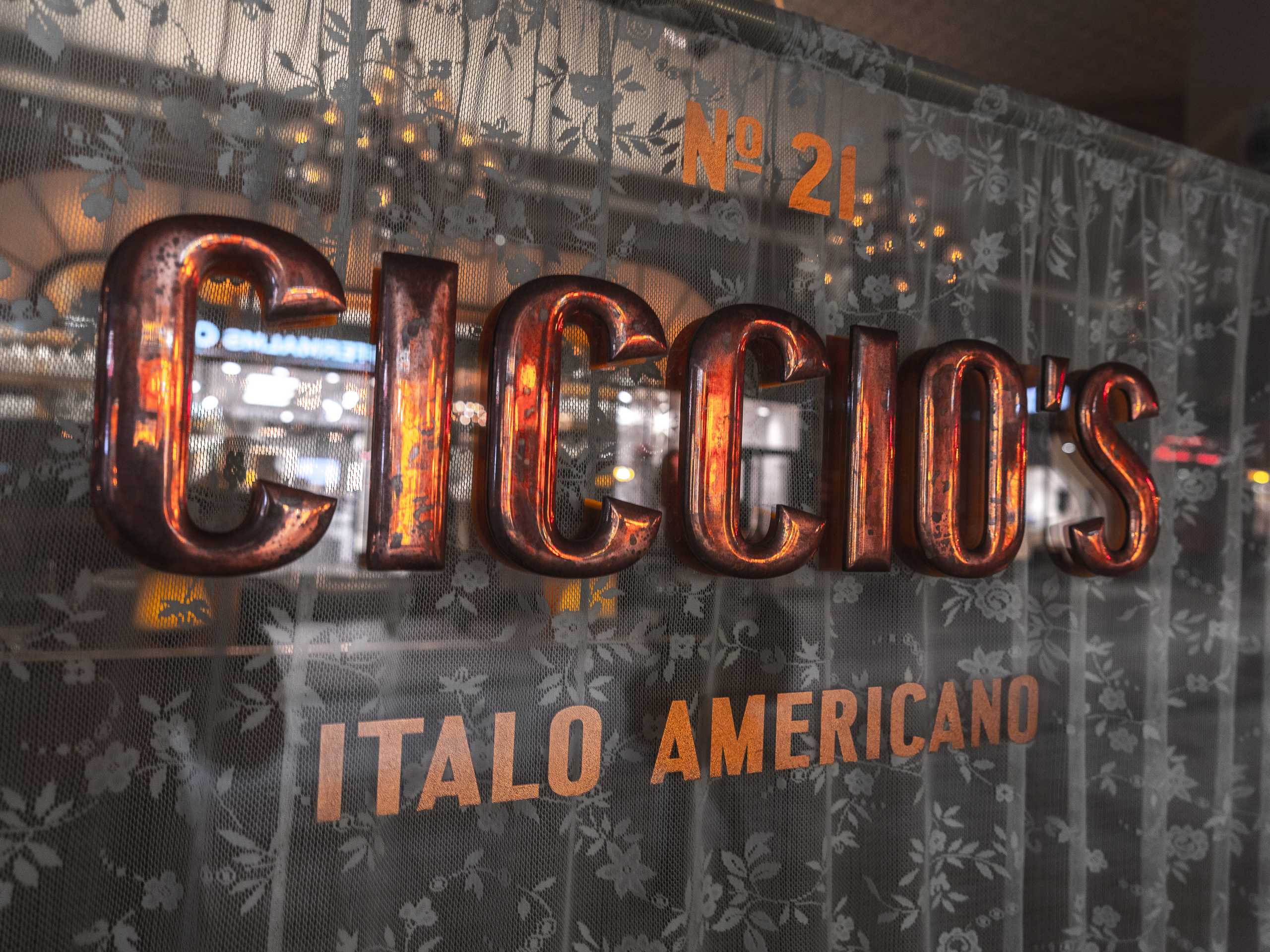 Genelec blends seamlessly into Stockholm's newest Italian-American eatery for pristine ambient sound. “We chose the 4030C because the sound is incredibly precise, and it has great range and power."