One on One with Danton Supple

null One on One with Danton Supple

One on One with Danton Supple

Starting his career as an engineer at the famous Sarm Studios, music producer and mixer Danton Supple has worked alongside legendary producers such as Trevor Horn, Phil Spector, Paul Oakenfold, and Mike Hedges.

His work on seminal albums by the likes of Coldplay, Ian Brown, Morrissey, Patti Smith, and U2 has led to multi-million dollar record sales.

Now based in Strongroom Studios in East London, Danton has been instrumental in the redevelopment of Strongroom4, bringing Genelec 8351, the largest of The Ones, into the studio to complement his passion for recording live band sessions.

“I love it when we have a full band setup,” he says. “Even if we are primarily aiming for a drum track, we nearly always have the whole band playing because it’s the dynamic and energy that we’re after.”

Danton previously worked on a 1031-based set-up in Strongroom1, but as he developed into different types of music, particularly EDM, he found that the increasing sub-bass made it a difficult proposition for the neighbours.

“We were looking for something that would deliver that same energy and power without having to use the sub, and the 8351s did just that,” he says. “And then having a digital setup where you can adjust certain parameters with Genelec’s Smart Active Monitor (SAM™) system worked perfectly. We can tweak the bottom end energy for that full range vibe. It’s a very taut sound, very punchy – but with a softness and warmth that I love.”

He adds: “What I really enjoy about production is trying to get musicians to be the best they can be, to perform the best they can, it’s all about that interaction and creating an atmosphere. It’s very rewarding when you get great performances out of people who are maybe less able than others, but with time and effort you can come up with results that sound great. That’s when I’m having the most fun!” 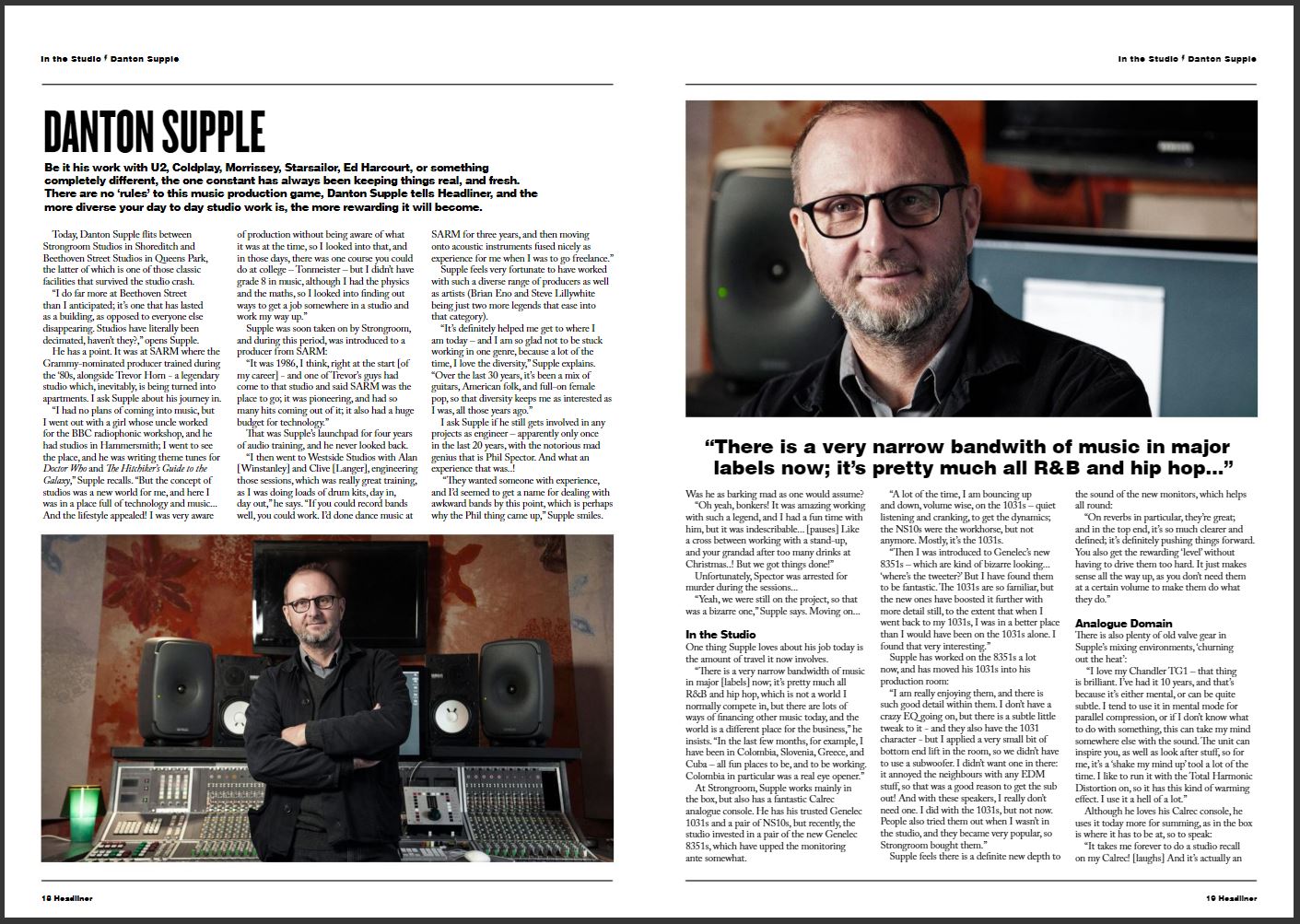 One on One with Danton Supple | Genelec 8351 | Interview

One on One with Danton Supple | Genelec 8351 | Interview

Danton Supple, the man behind albums by Coldplay, Ian Brown, Morrissey, Patti Smith, and U2, recently sat down One on One with Genelec to talk about his love for his 8351 SAM™ monitors, and how they help him produce his “very taut, very punchy sound”.