null One on One with Diego Calvetti

As the son of pop stars from the 1970s, and a musician in his own right from the age of six, Diego Calvetti was perhaps always destined to become an acclaimed producer, composer and conductor.

But it takes more than just fate to craft a career as impressive as Calvetti’s. What began with childhood piano lessons quickly grew into a love of synths and music technology. Having graduated from the Conservatorio di Firenze in 1995, he started his own studio, Platinum, in 1997, and in 1999 he scored his first hit with the Italian summer anthem Sandra by 360 Gradi. Since then he has conducted the Sanremo orchestra, been a vocal coach on the Italian X Factor, and produced countless hits.

Located in an early 19th century villa in the medieval Tuscan town of San Gimignano, Platinum Studio presents a striking blend of classic design and cutting edge production technology. “Last year, we made important renovations to the building – it is both modern and classic,” he explains, referring to the redesigned control room with carefully considered acoustic design by Donato Masci. The entire space has been shaped to suit Calvetti’s working method.

“The acoustic treatment was designed very carefully, based on my requests, as I wanted a dry control room which would allow me to spend a lot of time in the studio,” he explains. At the heart of the new room are Genelec 8260 coaxial monitors. “The monitors are Genelec, since they are the most balanced and more tailored to our needs than other monitors I’ve tried in this control room.”

In our latest One On One interview, producer, composer and conductor Diego Calvetti talks to us about Platinum Studio, his choice of Genelec 8260 monitors, and sheds some light on his impressive musical career. 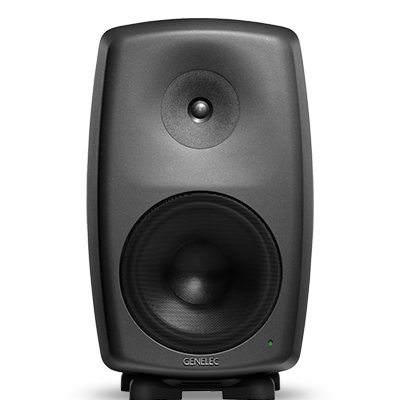