Pete “Boxsta” Martin had written over 15 No 1’s and countless top 10’s becoming one of South Africa’s most sought after multi-platinum selling producer/songwriters.

Pete “Boxsta” Martin had written over 15 No 1’s and countless top 10’s becoming one of South Africa’s most sought after multi- platinum selling producer/songwriters. Not surprisingly, it wasn’t long before he was snapped up by Universal Island UK, signing his first international label deal, writing, producing and developing fresh UK talent with his innovative cutting edge style. He also showed versatility by remixing the likes of Britney Spears, Mary J Blige, Puff Daddy and Bob Marley to name a few.

“It’s always been about getting a crappy speaker and a very high-end speaker, and see how they react to sound; and I have to say, I have never been more convinced so quickly about any studio monitor than these 8351s,” Martin reveals. “I was invited to Grove Studios in London to the launch, and there were a bunch of older guys at the console, playing very bad music very quietly through them! (laughs) I was with a new artist I’m working with who’s just landed a deal with Universal this year, Arrow Benjamin; and I said to him, ‘come on, put on some Jackson stuff.' So he played a track from the Off the Wall record, we banged them up, and when I heard it through these, I was ordering them there and then! When you have reference points that are seminal to you like that record, you know when something sounds unbelievable - and that was me done!” 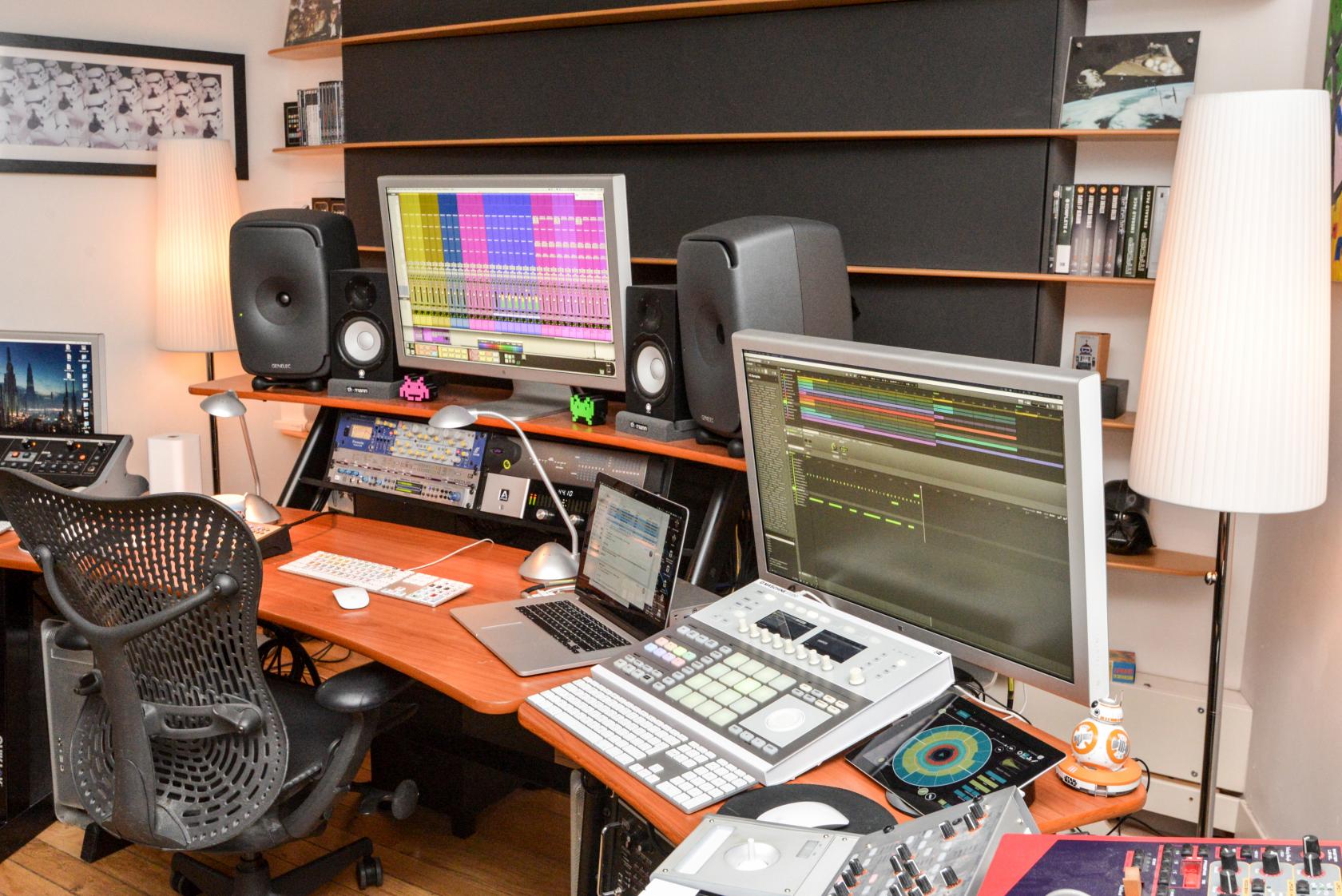 Martin also praises the stereo imaging on his Genelec monitors, and says they’re suited to any genre of music:

“I’m doing a lot of hip hop type projects, where the kids want to feel the whole sonic range, which these things can do with ease; they’re very heavy, too, so it reassures you in terms of build quality,” Martin smiles.

No fatigue either, Martin insists, despite him blasting the system pretty regularly, ‘sub and all’, the latter of which is pretty unusual for most producers.

“They’re 100% easier on the ear than anything else, and they have a bit more of a sheen to them, so they don’t hurt; and at very, very low levels, they are extremely detailed, which I love,” he enthuses. “It always feels like you’re listening to the same mix whether it’s loud or soft, so they feel very true to me; and unlike many producers, I want to hear all the sub. There is a great pop mix that I always reference to - Beyoncé’s If I Were A Boy - and there’s a real bass and a sub bass; on normal speakers you don’t hear them, but on these (Genelecs) you immediately hear it. The track was mixed by Spike Stent, and it’s a very clever thing, as there is a sub that attacks the one (beat) every time, and you hear it on these speakers every time. In my world, that is so important, as when you are doing hip hop, you have to understand where that hits in a club.”