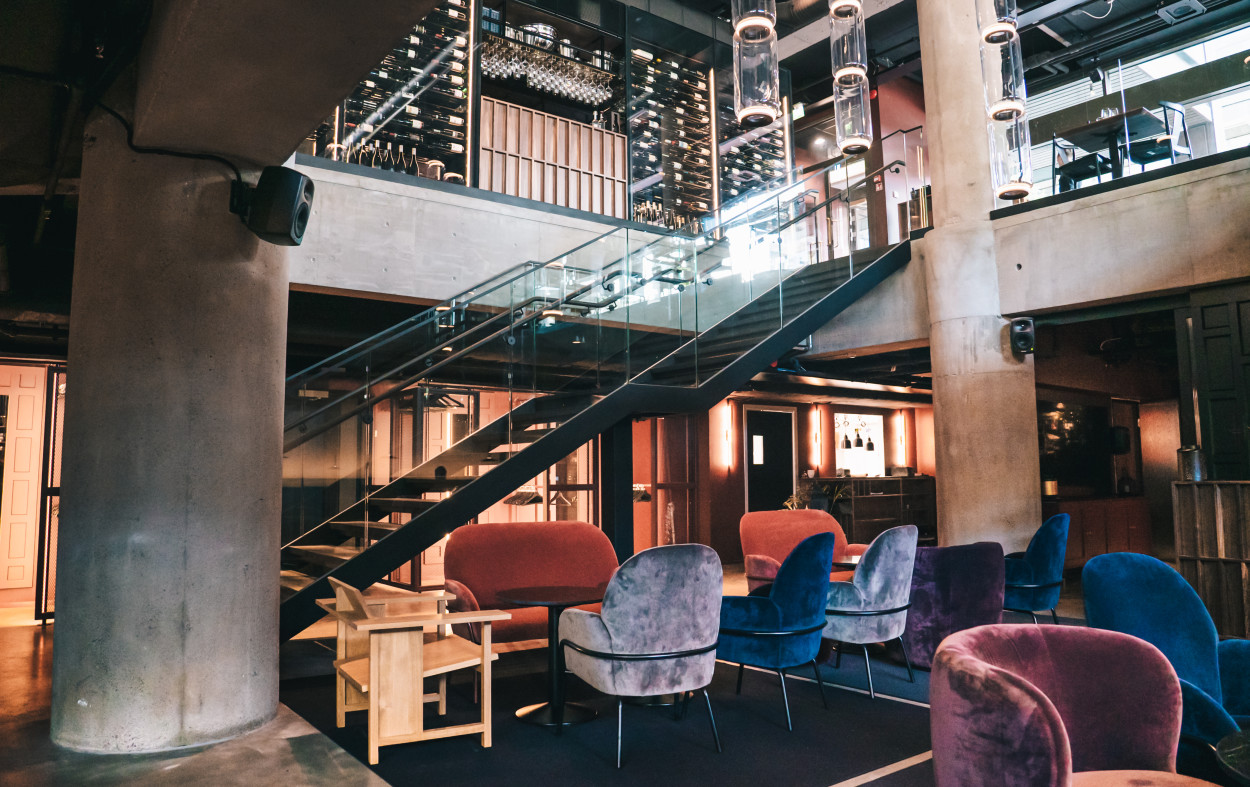 Helsinki, Finland – December 2020... Farang was the first restaurant to be opened a decade ago by BW Restaurants Oy, a private company owned by well-known Finnish chef, Matti Wikberg. Since their beginnings in 2009, the company has opened seven more restaurants and a cocktail bar in the Finnish capital of Helsinki and employs around 200 people. Farang, their flagship venue, has recently relocated to stunning new premises spread over two floors offering both public and private dining facilities plus a large bar. A key part of the overall experience is the soundscape, delivered by a comprehensive 4000 Series Genelec sound system, designed and installed by renowned Finnish AV integration specialists, 4Business Oy.

“The brief from Matti was very clear,” explains 4Business’s Janne Lankinen: “With the new premises, Farang is set to make even more of an impact on the Helsinki restaurant scene, so sound quality - along with everything else - had to be absolutely top notch. Genelec was an obvious choice for us as it matched all of the quality and reliability criteria – and Matti was already familiar with the brand as he’d used Genelec almost exclusively for his other restaurant projects.

“The layout and the surfaces of Farang were a bit of a challenge from an audio perspective,” Lankinen describes. “The feel is quite industrial with lots of exposed concrete and metalwork. There are no convenient - and sound-absorbing - false ceilings or wall panels to hide behind, so we had to make sure that all cabling, mountings and installation were done properly as everything was visible. It also meant we had to be very careful with our system design in order to minimise unwanted reflections and reverberations. The restaurant is situated in a building which also houses newly renovated offices, so we also had to ensure that there was no sound conduction through the structure to the other premises in the building, especially for the low frequencies. Finally, the restaurant is spread over two floors with a very large opening between them; not only did we need to design a system that would cover the whole area evenly with no dead spots or hotspots, but we were inevitably confronted with problems of sound leakage between the two floors.”

Lankinen and his team conducted exhaustive simulations to determine coverage before specifying a system comprising a total of 54 active Genelec loudspeakers and subwoofers. “We decided on the analogue 4000 Series loudspeakers - with Symetrix Prism DSP processors equipped with Dante I/O expanders for matrixing, EQ and delay - as it was a useful approach to optimise the overall cost,” notes Lankinen. “Our aim was to ensure that when you move around the space, the audio experience remains similar throughout, and that the sound pressure would not drop at any point in a way that you’d feel that the music was disappearing.

“We used a mixture of 4020s, 4030s and the powerful 4040s depending on required throw and maximum SPL. Every single speaker was meticulously aligned and DSP was adjusted individually for the best possible results. That, together with acoustic treatment to minimise leakage between floors has enabled us to achieve a system that works beautifully at low sound pressure levels throughout the restaurant, and still has enough power in reserve to be turned up when required for a real party atmosphere.”

For the 7300 Series smart active subwoofers that are mounted in the ceiling, 4Business designed a custom mounting solution that is mechanically isolated from the structure. This ensures that any vibrations are conducted into Sylomer absorbers rather than the hollow core slab which might cause unwanted disturbance elsewhere in the building. When it came to calibrating the subwoofers, 4Business used Genelec’s GLM software with AutoCal to speed up the final adjustment process and ensure that every element of the system was sounding its best.

“I’m delighted with the results,” reports Lankinen. “The audio system supports the Farang brand as a top-class, place-to-be venue in Helsinki. What’s more, responsibility and sustainability are key principles for Farang and BW Restaurants, and Genelec supports and communicates these values consistently, making them a perfect match. The atmosphere in the restaurant is social and relaxed thanks to carefully thought-out playlists and high quality sound support.”

Matti Wikberg echoes Lankinen’s sentiments entirely. “All my goals have been achieved, and frankly, exceeded,” he admits. “Janne and his team identified the challenges from the outset and solved them beautifully. We have crystal clear audio throughout that sounds amazing, yet doesn’t get in the way of conversation, whether you’re two or ten people at the table. The right atmosphere enhances the experience immeasurably, and that’s what we’ve achieved here.”