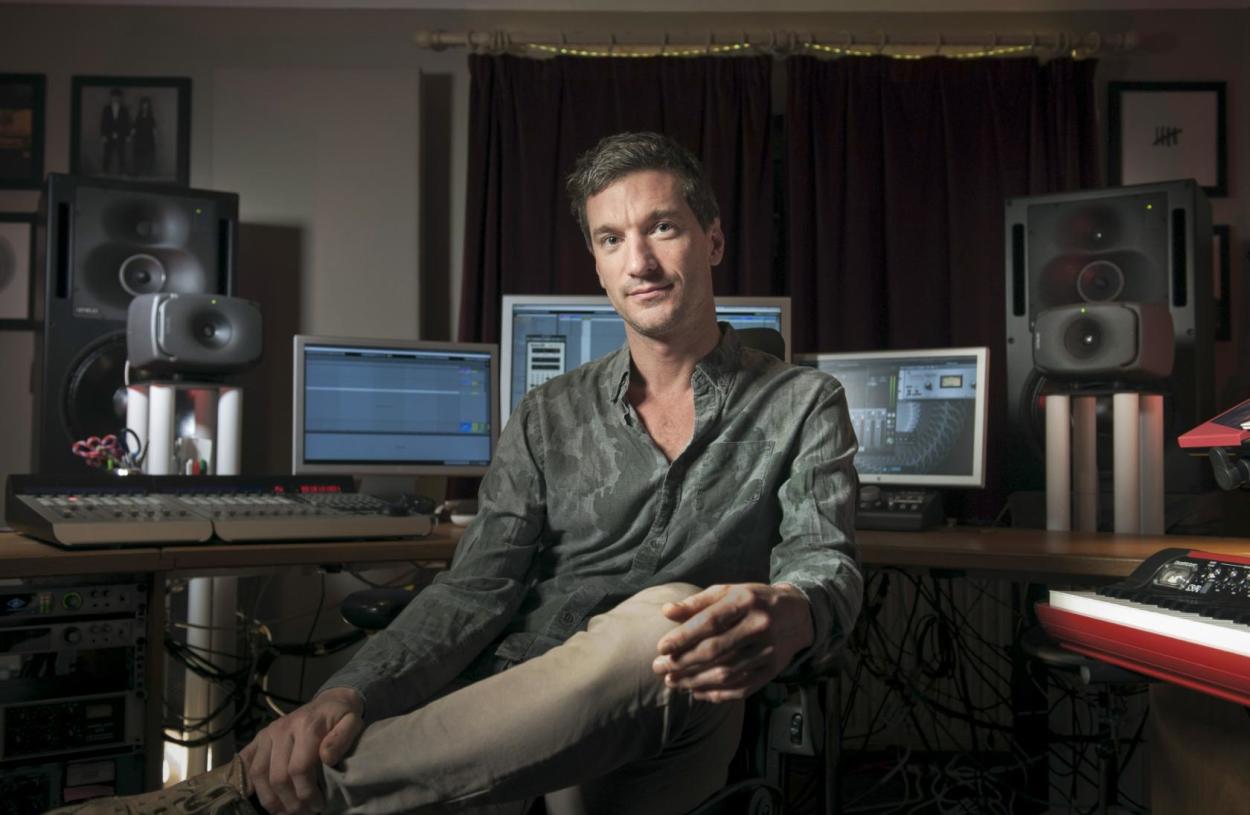 Producer Andy Barlow has owned and used Genelec monitors for more than 20 years.

Trip-hop pioneer and in-demand record producer Andy Barlow will often be found in the kitchen at parties. This is not simply because he and vocalist Lou Rhodes – his partner in renowned electronic duo Lamb – both love to cook, but because Andy has a pair of Genelec 8030s already installed in his kitchen at home in Brighton. Now he’s added more Genelec in the shape of a pair of 1238 main monitors for his home studio, and a complementary set of 8331 coaxial 3-way monitors from The Ones range, which will form his mobile system for mixing on the road.

Andy has owned and used Genelec monitors for more than 20 years, in a career that has combined critical and commercial success with Lamb alongside production and remix credits for works by artists such as David Gray, Elbow, Placebo and, most recently, U2. Andy Bensley of UK-based Genelec distributor Source Distribution set up the new 1238s in the Brighton studio. “It’s where I do pretty much all of my mixing, from U2 to David Gray and Lamb in just the past year,” explains Barlow. Meanwhile, the 8331s were immediately packed for a three month winter sojourn in Goa, where their new owner will be preparing tracks with Lou Rhodes for the next Lamb album. Both the 1238 and 8331 benefit from Genelec’s SAM technology, which allows Andy to use GLM calibration software to optimise each monitor’s performance for his own personal acoustic environment.

Andy’s latest investment in Genelec monitoring comes on the back of several months co-producing U2’s new album Songs Of Experience, already a Number One hit in 20 countries. “We used the big 1238CF monitors in a makeshift studio inside the Canadian Embassy in Dublin,” he reveals. “It was opposite Bono’s house, in a huge room that needed all the acoustic help it could get. The 1238s and the use of GLM software were a huge bonus in that respect. The album was mostly made in places like that – mansions, hotels, venues. The only purpose-built studio we used was Rick Rubin’s place, the Shangri-La in Malibu, where I had a pair of 8050s. The band members really like Genelec too.” A smaller room in the Embassy featured Genelec 8351s, also from The Ones family. “This is where I preferred to mix because they sounded great in there,” commented Andy. 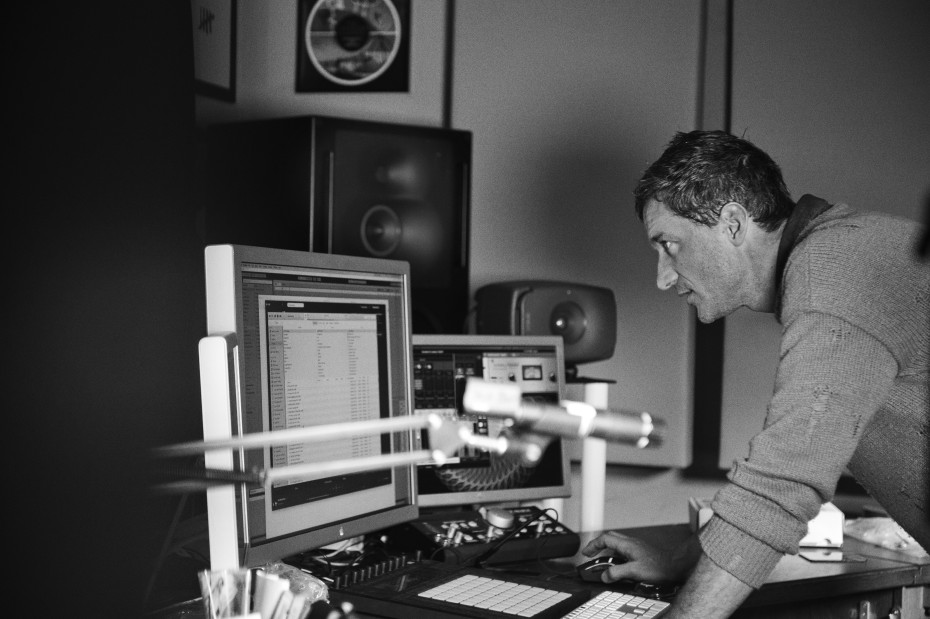 “The 1238s are absolutely amazing, I couldn’t imagine a better sounding monitor in this context,” says Andy. “They sounded great straight out of the boxes but then we ran the room through the GLM processing and they sounded 30% better again. We made a few further adjustments by ear, as opposed to the GLM microphone, and now they just light up the room in such a beautiful way. You can feel every frequency, and play them really loud yet still talk at a normal, relaxed level. The mix is wide and smooth and there’s not a hint of distortion. I’ve never heard anything like it.”

Of his new 8331s, he adds: “I’ve been putting them through their paces in my Goa studio these past couple of weeks, and I could honestly rave about them all day. The definition is second to none. The room is far from perfect with little in the way of acoustic treatment, but with GLM weaving its magic, the 8331s fill the room in an amazing way. Also, for such a small speaker with no sub, the bottom end is physics defying. The top end is refined and smooth, and the stereo sweet spot seems much bigger than any other speaker I’ve used. I’m going through all the tracks I’ve produced and finding new sounds and touches that I’ve not heard before.” 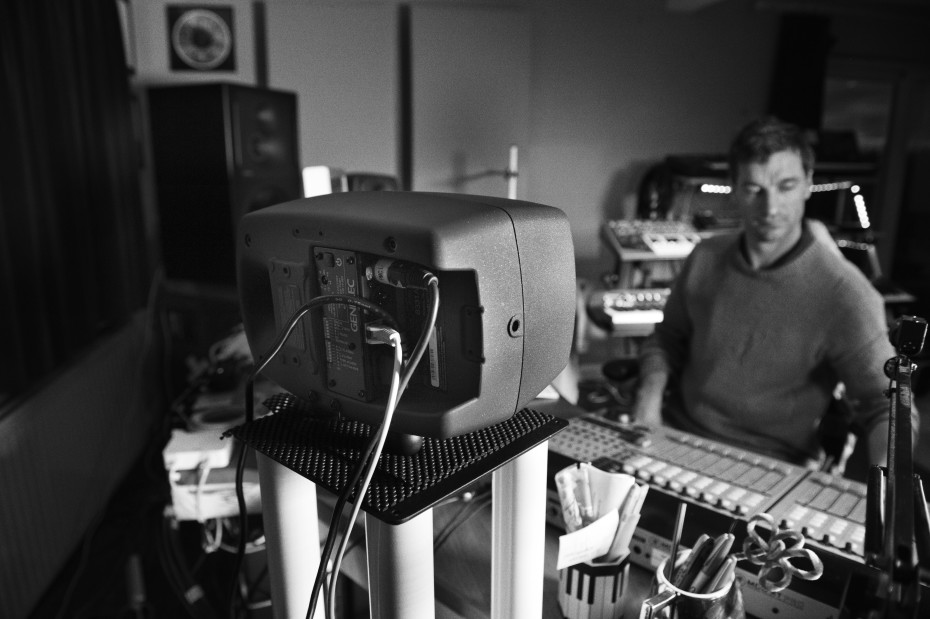 Perhaps not surprisingly, Andy finds a suitable culinary metaphor for his mouth-watering Genelec mixes. “You can almost reach out and touch, and taste, every layer of the sound,” he reflects, “especially with the Lamb material – lots of fine individual layers that make up the overall crunch, like a well-made filo pastry. The intention is similar: very intricate but, at the same time, quite simple.”