The biggest challenge in writing this now, apart from the emotional state I find myself in after Ilpo’s passing, is where to start? Genelec has been such a big part of my professional life and for such a long time. The closer association started in the mid 1980s and then deepened in 1992, when I was employed by Ilpo. Let’s start from the beginning to make it simple.

In 2022, Lars-Olof recorded an interesting and insightful interview with Headliner Magazine for their 'The Mix Room' podcast. Take a listen by clicking on the embedded Spotify player below or by finding it with a quick search on other major streaming services.

My first encounter with Genelec was some time in the early 1980s when I heard from the newly appointed Swedish distributor about a new brand they had picked up from Finland! This was rare, as at the time professional audio products predominantly came from either the US or UK. So whilst these established products carried a certain hip-factor, coming out of Finland equalled hip-factor zero! Only a little later - it could have been in 1982 some Swedish pro audio distributors organised a small exhibition in the Star Hotel in Älvsjö, and in a hotel room I got to audition Genelec for the first time. I also met with a very young Ari Varla, who had been sent out from Iisalmi to represent the company and the few products that existed at the time. Basically it was the 1019A, the S30 and the 1024A, the three models covering the Nordic Broadcast recommendation N-12 as A, B and C type monitors.

After auditioning the monitors, talking to Ari and learning more about the company and its philosophies, the hip-factor grew a bit, and as part of a coming project I was involved in, I got to buy a pair of 1019As, which everyone at the time thought was incredibly expensive for a small speaker. The norm at the time was passive monitors, and few understood how to make a proper comparison between buying a speaker with built-in and optimised electronic crossovers and amplifiers vs the opposite, a passive speaker with a separate amplifier. But if you would like to make an apple-by-apple comparison, you should add another amp channel plus an electronic crossover!

Jumping a few years ahead to the mid-1980s, I found myself employed by the distribution company that I bought the 1019As from, and all of a sudden I was a sales engineer responsible for the sale of Genelecs, among many other brands, in Sweden. I was not from the broadcast or studio business in my previous career, but the live theatre business doing sound effects and mixing sound in musicals etc. It was a challenge to jump into this field after 20 years in the theatre world. 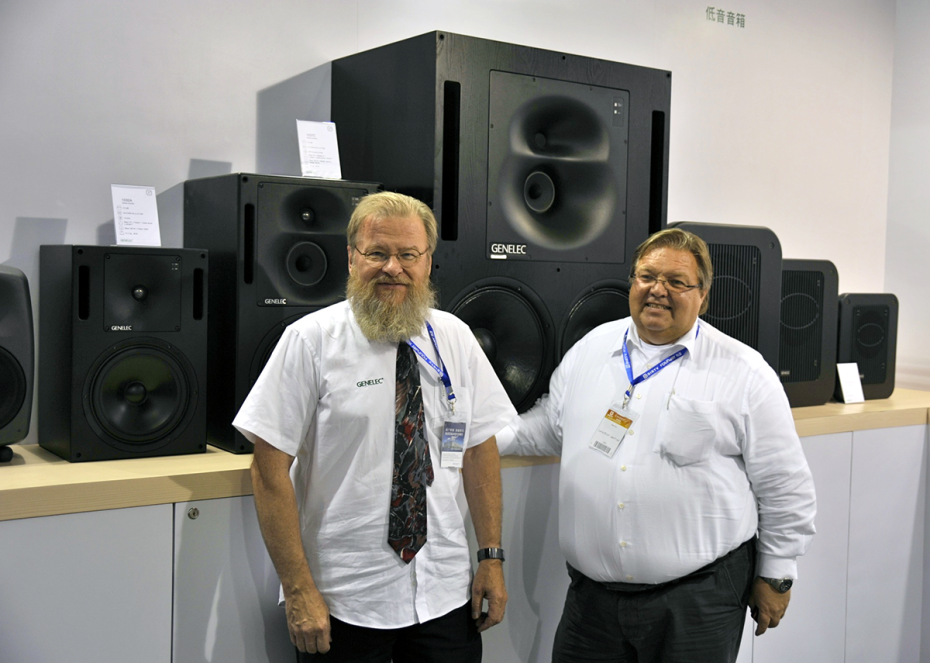 This was also when I met Ilpo for the first time. He came into our office together with a new recruit by the name of Jukka Rissanen. The meeting was to discuss business opportunities in Sweden for the coming year, which was 1986, I believe. At this time the main business was to come from broadcast, which consisted of Swedish Radio (SR) and Swedish TV (SvT), as there were no private alternatives allowed. Thus we knew pretty well what kind of business we could expect from them.

On the other side of the coin, the behaviour of music recording studios was harder to forecast. This was for several reasons. First, the brand was unknown and thus it fell on me to go around to studios, first and foremost in Stockholm but also elsewhere in Sweden. As I said earlier, passive monitors were the dominant format in recording studios at the time, so it was a challenge to convince engineers and producers to even take the time to listen.

I remember one incident clearly, with a very well known - now retired - Swedish engineer in a very well known Swedish recording studio, which is closed nowadays. When I walked into the control room the engineer in question was behind the mixing console, fixing some cables, and he shouted at me from behind ”What do you want?”.

I said ”I want to demonstrate a pair of new near-field monitors for you, called Genelec!”.

“Finland!“ he shouted back, ”what on Earth do they know about loudspeakers?”.

I did so and he was impressed. This exchange did not lead to a sale at the time, but a few years later the same man at the same studio bought a pair of 1025s as main monitors, which prior to this also had been bought by Polar Studios, which at the time was the famous ABBA studio, which by the way also had a pair of 1024s in their B room and a pair of S30s in their mastering room.

It was by doing demos this way that we could reach the market, but it was very time consuming and required a lot of telephone calls and travelling. It was also before there were cell-phones available in the way they are today. During these years in Sweden my contacts with the company were, if not on a daily basis, then certainly very frequent and we had Ari coming over on numerous occasions to visit customers with me and do calibrations. 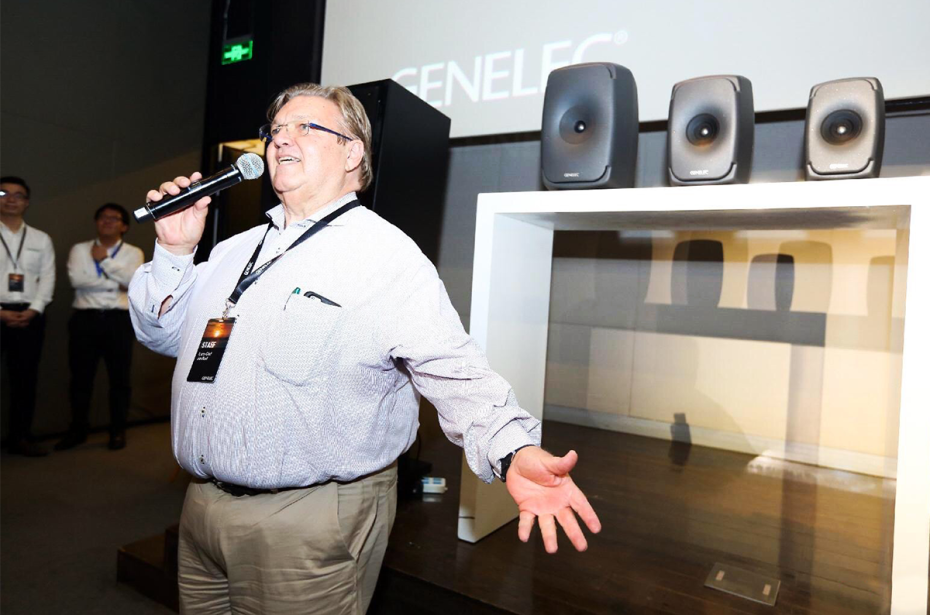 Now lets jump to the autumn of 1992, when I found myself in the Hotel Koljonvirta in Iisalmi on a Monday. I had just spent the day with Ilpo and we had been talking about my first tasks as an employee in sales. At the time, Laila Jantunen was still in the company with a base in Brussels and a role as the European sales manager. My task was to find distributors where we did not have any, so the world became my work arena.

The 1030 family of products were the talk of the town after prestigious installs of 1035s in many major studios in the UK and Japan as well as the US. The 1031, which was the product that was really about to change our lives, had started to make its triumphant way around the world. It was followed by the 1030 in 1994 and the 1029 in 1996. We were doing well and it seemed that everything we did succeeded. During those years in the 1990s, Ilpo was a close collaborator and we had an understanding between us, which didn't require the use of many words. As there were only three years between us, he became like the older and wiser brother that I never had. He also very quickly invited me to meet his family and his children, who at the time were very young – Juho in his late teens and Mikko and Maria in their mid teens. Maria always answered the phone for my evening calls, happy to be able to chat a bit in English before getting her Dad. We travelled a lot together, and we did exhibitions together all over the world. During those trips we had time to talk, and as Ilpo was a University on two legs, I used the opportunity to learn from the master. Acoustics had been an interest for me long before I joined Genelec, but I had learned from text-books, not school, so here all of a sudden was my big opportunity to have some private tuition. There were many explanations sketched in his black 'Työkirja' workbook that always followed him. It was a system that I also very soon adopted.

As the years went by and we experienced continued success, the company grew substantially. We were 20 people altogether in 1992, and now we are probably closer to 150, with wholly owned subsidiaries in the US and in China. It has become a very different company to run, and Ilpo wisely left the day-to-day running of the business, first to Veikko Hyvönen and after that to our current CEO, Siamäk Naghian. That decision freed him to do what he liked most, which was to work with the R&D engineers developing new products and discussing ideas. In a way, it was also a way of transferring his vast knowledge on to the next generation.

To summarise the years with Ilpo and with Genelec is no easy task, and due to the passing of years it can be very complex to do so, but I would like to focus on one thing: Genelec is and has always been a very engineer-focussed company, yet carries itself with the ambition to be market driven. Genelec's path has never been to listen to the market and make the products that the market wants! We have been like Don Quixote fighting the windmills! We have created products that we believe the market needed, with features that would be a benefit to engineers in their work. Had we listened to the market, as so many people have told us we must, then we would have done as so many others did and taken our designs to manufacturers in China to see who could make it the cheapest, so we could compete on price in the so-called MI market. Our road has been different and it has been built on innovation. It is a more difficult road, but it is definitely a more long-lasting road where we can now continue to build on the uniqueness that Ilpo spearheaded.

He was a wise man, Ilpo, and I thank him so much for inviting me to join him on this trip. It has been amazing and I am very blessed. 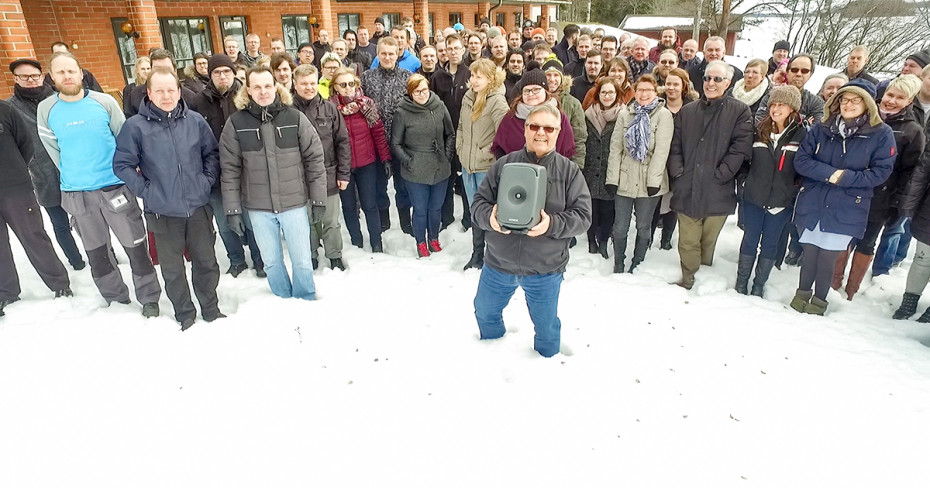