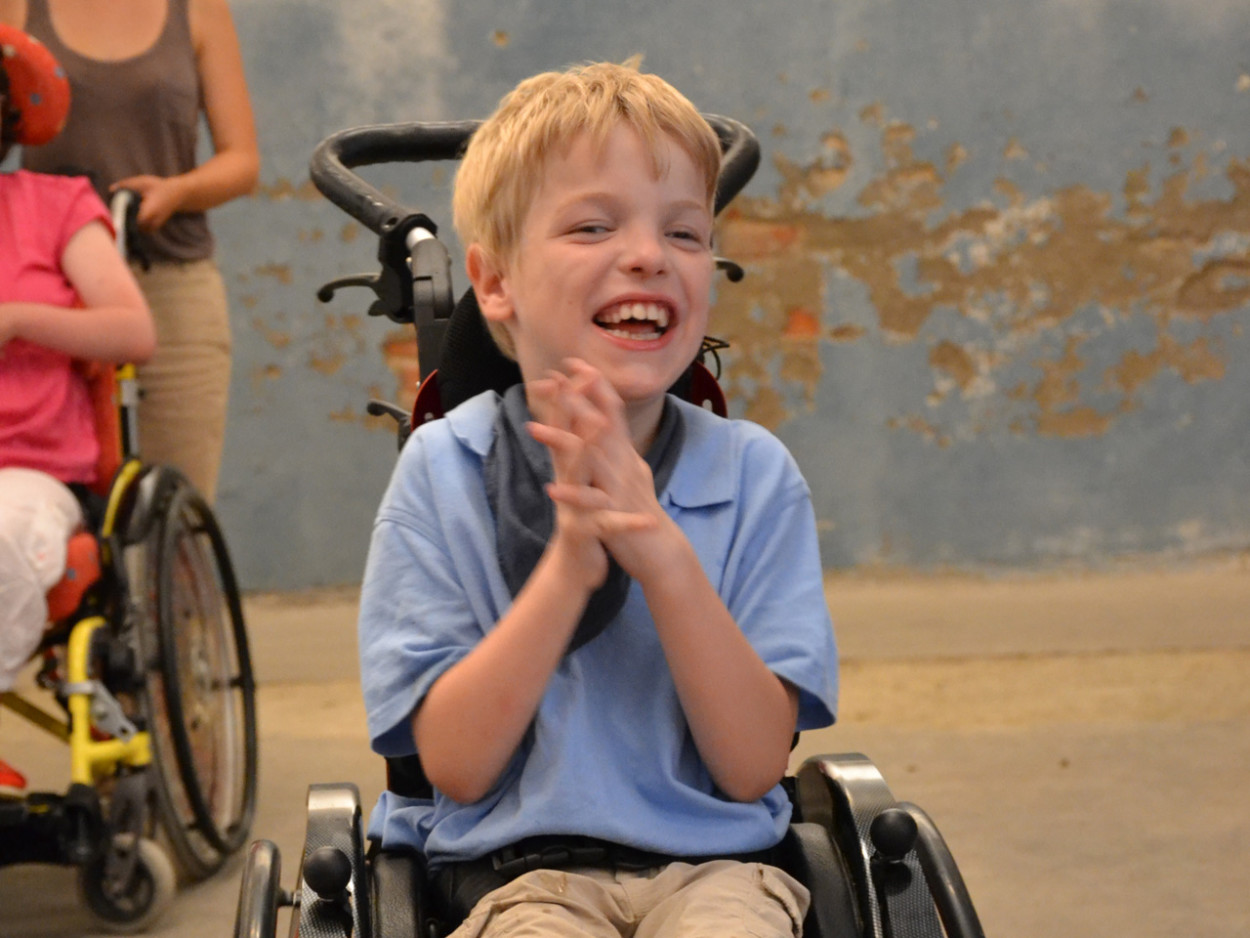 Created by Robert Wechsler in collaboration with therapists, artists and people with other abilities, the MotionComposer is an artistic and therapeutic tool that turns motion into music – and the company has recently chosen Genelec loudspeakers to partner its revolutionary new technology.

The roots of MotionComposer stretch back to 2010 when Wechsler – a choreographer and interactive dance pioneer – was contacted by Alicia Peñalba, a Spanish music therapist with the idea of working with disabled children. This led to the concept of a device that would let everyone, regardless of ability, control sounds through movement. Years of development and workshops followed to refine the concept into something that would be simple to set up and use, allowing therapists to focus on their work, not the technicalities.

The resulting MotionComposer 3.0 is based on passive stereovision – featuring two cameras but no laser or IR projector – to understand the positioning of a human body in a 3D environment. With this information the device can recognise even the smallest movements of the body, such as the blink of an eye, and convert them into a range of sounds which are then reproduced via a pair of white Genelec 8020D active studio loudspeakers.

“There were several reasons we chose Genelec,” says Wechsler. “The first is the quality of the sound. Some of the interactive musical environments we put people in are not playing music, but rather natural sounds, like rustling leaves or insects. We work with people with very limited movement and so a very small movement, like a blink of the eye, might make a small sound like a twig snapping. So we don’t just want speakers that play music, we want speakers that let you hear and wake your ears up to the full range of what sound can be. We liked the fact that Genelec speakers really let you experience every tiny little thing that might be there for your ears to hear. That is also therapeutically important because if you want people to focus on the sense of hearing, one very good way to do it is to get into the world of little delicate sounds – and that perks up your aural capacity. The dynamic range of the speaker is therefore very important, so you get the delicacy, but you also get quite a strong kick out of them.”

Other factors that were important in the selection of Genelec loudspeakers also included their robust nature, aesthetic design and the ethics of Genelec as a company. “The company has a good social ethic,” notes Wechsler. “I like that the factory is energy neutral. That social ethic belongs to our conscience too. It seems like a good fit.”

With MotionComposer 3.0 hitting the market this Spring, the company is already looking forward to offering more to its users. “Once we prove our concept to the world, then we have lots of ways we want to expand,” says Wechsler. “We’d like to expand it musically and in terms of features like jumping. We philosophically believe that people with other abilities should get good stuff. They might not be able to move much, so it becomes even more important if you are limited in some ways that you have access to the best kind of experience.

“Music and dance play a deep role in our sense of well-being, and even what it means to be human,” he concludes. “This is true for everyone – persons with and without disabilities – and with the right technology, everyone can take part.”