Fried Music, situated in Punavuori, Helsinki, is, according to Immonen, a “hub space for good people and music makers” that has been active for 16.

Fried Music, situated in Punavuori, Helsinki, is, according to Immonen, a “hub space for good people and music makers” that has been active for 16 years. Jukka Immonen founded Fried Music to build a sensible environment around the artisanship of music production. As a young man, he was impressed by the way Kim Kuusi, a Finnish composer, ran things in his company Musicmakers.

“At that point, I realized that collaboration is powerful, and that it is the way I want to work. When you get a lot of talented people under the same roof, people can chat and vibe together. That’s always nicer than sitting alone in your garage or basement”.

In 2002, Immonen and his partners took a risk and invested in a large space in downtown Helsinki. The goals were set high, and the company was grown by adding more great people.

They wanted to move the same model to Los Angeles in order to support international work, which is one of the core visions of Fried Music. In spring of 2017, Fried Music opened a studio space in Los Angeles, and now it provides Finnish music makers with resources for international exposure.

Jukka Immonen, Teemu Brunila and Jonas Karlsson, all having worked on the Los Angeles studio, told us about the background of the project and their experiences with Genelec monitoring.

From a home media room to a studio

According to Jukka Immonen, the decision to open a studio in Los Angeles was made by Fried Music’s producer Jonas Karlsson.

“Jonas found an amazing spot and we left together to build a more sustained presence in Los Angeles. Now we have a space that we can invite American artists and writers to”.

Before they had their current space, Fried Music had one studio setup that they put up in different Airbnb apartments. The setup was stored in the garage of film composer Lasse Enersen, who now also works at Fried Music’s studios. However, the constant shuffling around of equipment started wearing people out, and the idea of a permanent space started sinking in.

Today, under a half an hour’s drive from Sunset Boulevard, in Mount Washington, a former media room in a house rented by Fried Music has been repurposed as a studio. The house enables two artists and a janitor to work at the same time. The house has a small hotel room for each, two workstations and one big studio space. 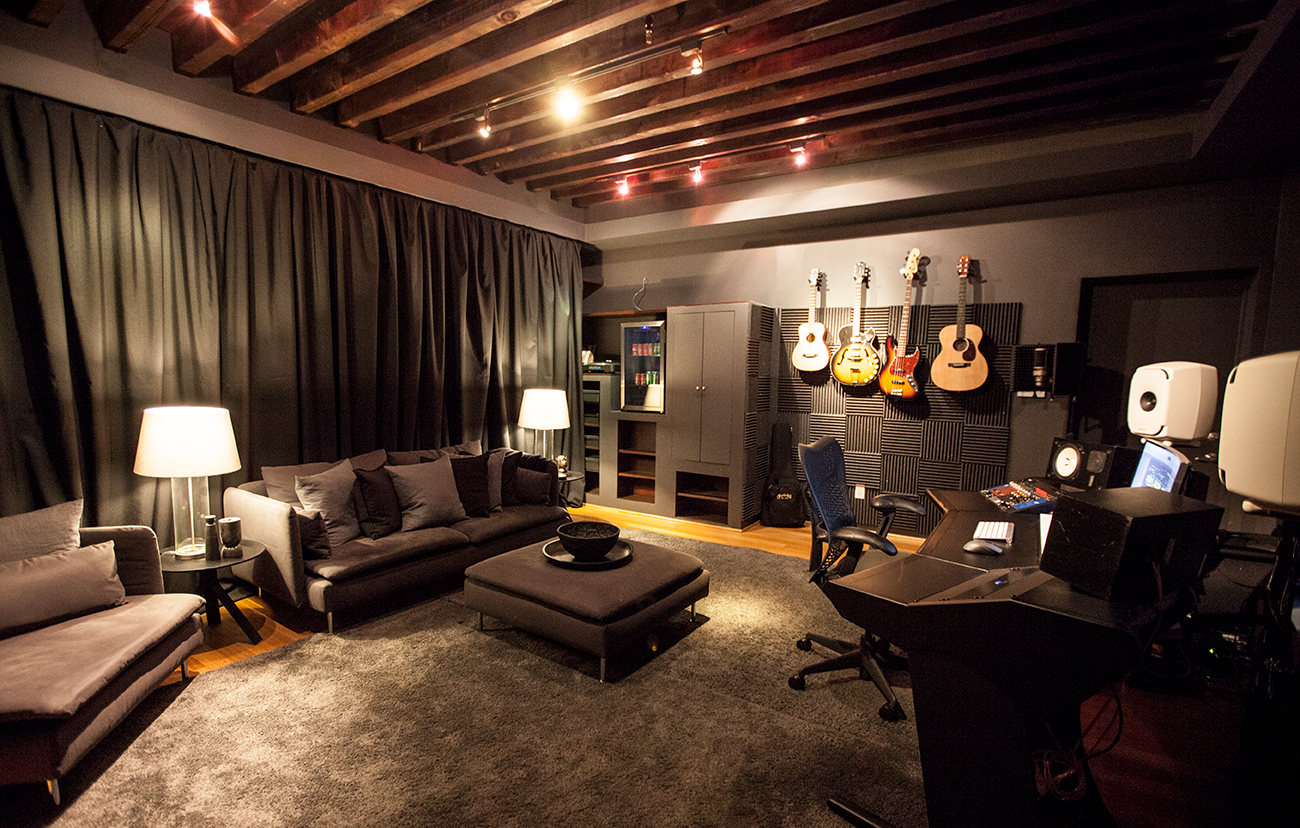 The Los Angeles space enables collaboration with American artists and writers, and allows Finnish artists to work at the studio.

You don’t have to work alone in Los Angeles

According to Immonen, working in Finland has mostly been a lonely affair.

“Help should be utilized if you get it, you can’t make it out on your own in the international market. We want to enable Finnish artists to work together, in an environment that they can afford, regardless of their publisher or manager”.

Of the people at Fried Music, in addition to Brunila, Hank Solo has recently worked from Los Angeles.

Collaboration is the theme for Fried Music, both in Los Angeles and in Helsinki.

“Now that Teemu Brunila is in LA working on songwriting, he makes sessions there and sends demos and other materials to us here in Helsinki. Then we finish the songs here with various teams”.

Finnish musician and songwriter Teemu Brunila, best known for The Crash, has recently been hard at work at the Los Angeles studio. He has done a great deal of work with the British artist JP Cooper, and Cooper’s hit song, September Song, which has netted nearly 300 million streams, was produced by Teemu.

Due to Immonen’s good experiences, the Los Angeles studio was fitted with Genelec’s 8341 studio monitors and a 7370 subwoofer. Brunila has been pleased with the result.

“I first experienced the new Genelecs at our LA studio when we had sessions with JP Cooper, and we both fell in love with these studio monitors”.

Brunila emphasizes the versatile monitoring capabilities of the speakers, which help with the songwriting process.

“The Genelecs work great on lower volumes, but also excel when you blast them louder. The latter is important when you want to get the whole room involved”.

The Genelec 8341 monitor speakers and a 7370 subwoofer were installed to the studio in collaboration with an expert from Genelec. Fried Music’s Helsinki based studio worked as an inspiration for the LA studio, as the same type of balance was desired. Brunila, an active user of the studio, has been pleased with results.

“The music plays in the whole room and not solely in front of the mixing board, which was a problem with the previous speakers. But now they have been replaced and the Genelecs rock on through the whole day”.

The feedback from other artists in the area has been impressive.

“I often get in conversations about these speakers with songwriters, as they are outstanding not only in sound, but also in design. Simply put, these speakers are great!”.

They also want more young, talented artists who are on the rise. Immonen and Brunila both have years of experience on how and when to aim for the international scene.

“Sure, every twenty-something artist is going to go international if they’re offered that. But the important thing is to time it right, when the artist has enough experience and skills”.

Immonen emphasizes the importance of fresh ideas and workflows that you can get from new artists.

Immonen has also worked on music education in Finland. In his opinion, music education should emphasize creative work, such as songwriting, and encourage people to collaborate.

“I worked on a group commissioned by the Finnish National Agency for Education, and within that group we rebuilt the further vocational qualification for music production that was revealed in early 2018”. 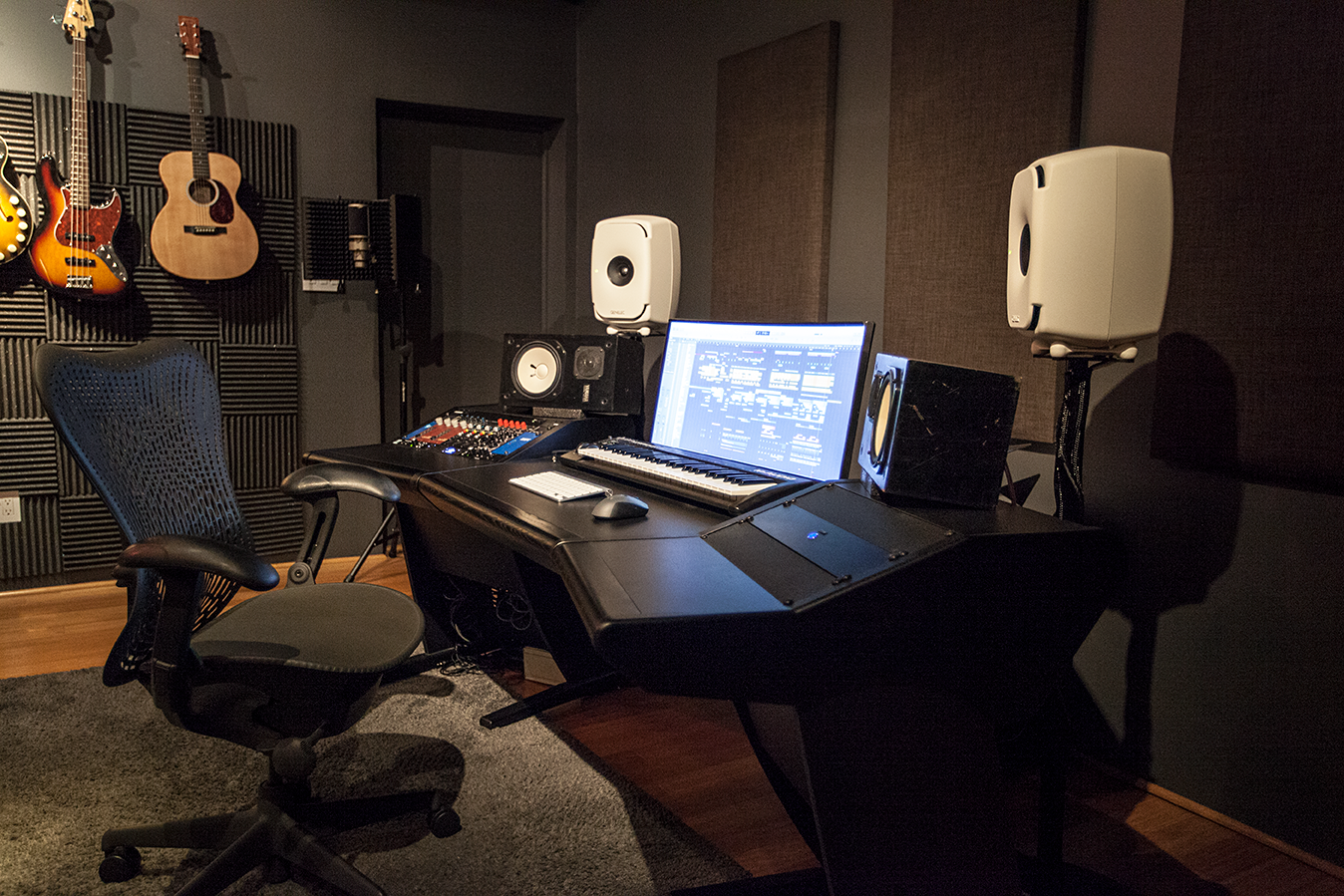 The visual aspect of a space also matters. Teemu Brunila says: “I often get in conversations about these speakers with songwriters, as they excel both in sound and design”.

According to Immonen, in addition to the studio space, the local environment has a big effect on creative work. Artists must know the market that their music is aimed at. They must understand local culture, local happenings and what type of music the locals listen to.

“When you’re driving around LA and you listen to the local radio, watch TV and meet people, you get to immerse yourself in the local culture. When our artists visit Denmark, Sweden or LA and come back, I hear things that they’ve never done in Finland. And that’s purely a positive thing”.

Out of Fried Music’s producers, Jonas Karlsson is one of the most active users of the LA studio. He has also had the chance to work with Genelec studio monitors, and he praises their versatility.

“They have a very balanced tone and an exceptional stereo image. The futuristic design is also a big plus”.

The 8341 monitor speakers and the 7370 subwoofer have supported Karlsson’s workflow. He has gained precision especially in working in the lower parts of the frequency spectrum.

“They have a very precise and truthful low frequency response, especially in the critical area between 200 and 400 hertz. This is the first time I feel like I can make surgical adjustments in the lower frequencies”.

Genelec monitoring has eased and sped up his workflow.

“The monitors have significantly sped up my workflow, and I have noticed that I can do longer sessions without any ear fatigue”.

Jukka Immonen is proud to be an emissary for both Finnish artists and Finnish technology and design.

“Being Finnish is definitely not a requirement, but when the Genelec’s work as well as they do, I can’t say I’m not stoked that we have them”.