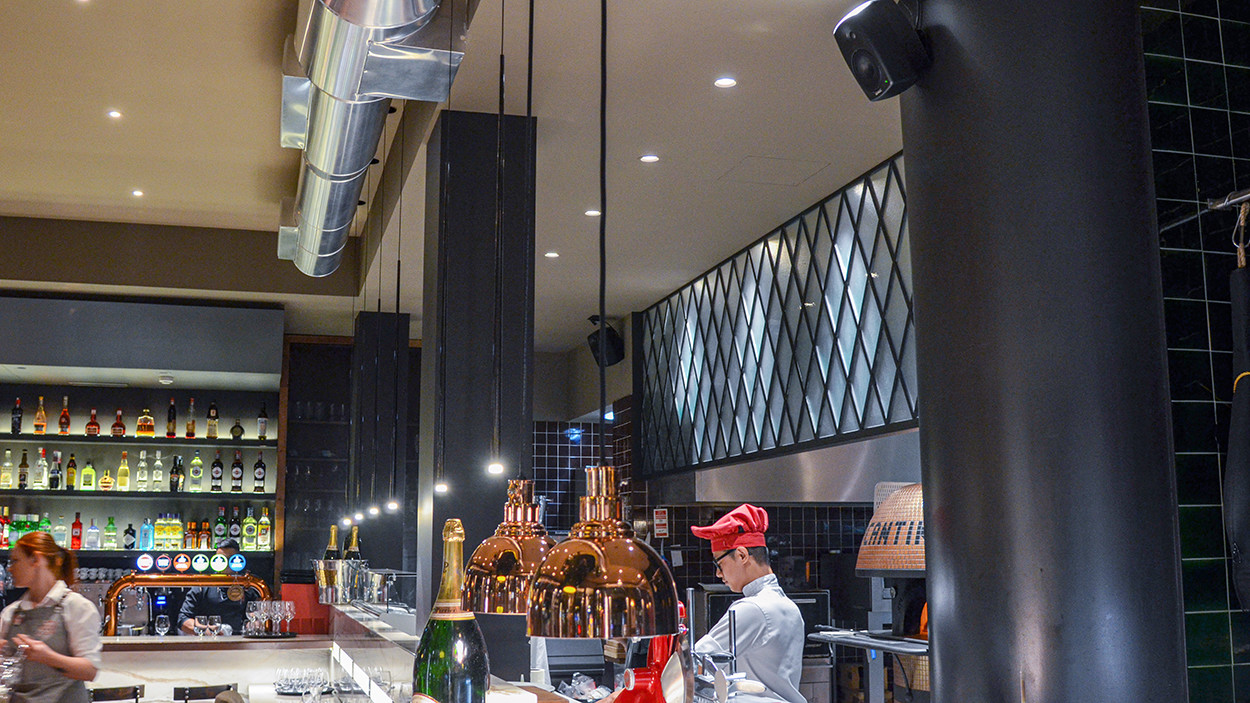 Located on the bustling boulevard of the Avenida de República in the Saldanha district of the Portuguese capital, Mercantina Bistro 37 is the third Mercantina restaurant to open in Lisbon. The elegant building was formerly home to Café Cubana, the favourite watering hole of a coterie of Portugal’s most famous surrealist artists. Seven decades later, the interior with its striking murals and rich colours designed by architect Tiago Silva Dias, offers echoes of the building’s surrealist past. Leading Portuguese distribution and AV integration specialists, Garrett Audiovisuais, designed and installed a sophisticated zoned audio and control system across all areas of the bar and restaurant, based on Genelec 4000 Series installation loudspeakers.

The 4030s sound amazing at low levels and great when you turn it up for more of a party atmosphere.

We have a reliable audio system that complements the aesthetics of the space.