"Sound quality was our first priority, but the clean design and the variety of colour options that Genelec offer made the decision very easy."

Many of the worlds best-known and most successful artists are signed to Universal, including Madonna, U2, Metallica, Eminem, Lady Gaga, Rihanna, Justin Bieber, Katy Perry, Kanye West, Avicii, The Killers and many more. A Genelec sound system has recently been installed at the Universal Music offices in Helsinki, Finland, delivering quality sound to the entire office space. 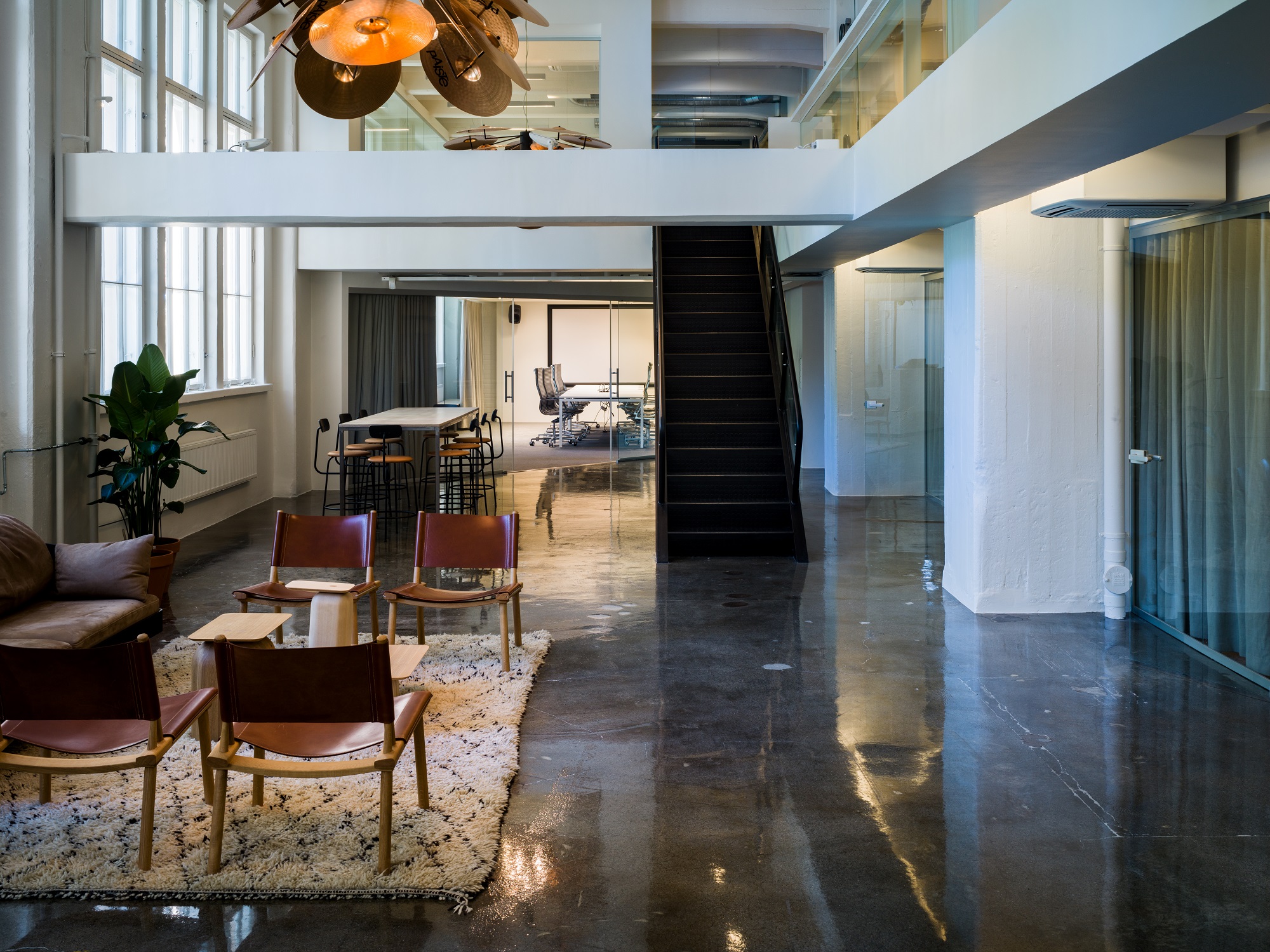 Universal’s two-floor office is located in the Merikortteli building in the trendy Punavuori area of Helsinki. Previously a vast 28,000m² industrial building, Merikortteli has now largely been converted to a host of sophisticated office spaces. When Universal moved in in 2010, they called upon the services of interior designer, Eliisa Korpijärvi, to transform the dark and dingy factory area into a cosy, yet modern, office, with a light colour palette. The open plan space houses more than 20 employees, with two separate offices and meeting rooms, as well as a kitchen and living area. Whilst the renovated space retains its clean, modern feel, the same could no longer be said of the loudspeaker system which was starting to fall below the high standards required by Universal. The organisation turned to Heikki Konttinen of AV installation company, Attime Oy, to provide a system more in keeping with Universal’s expectations. 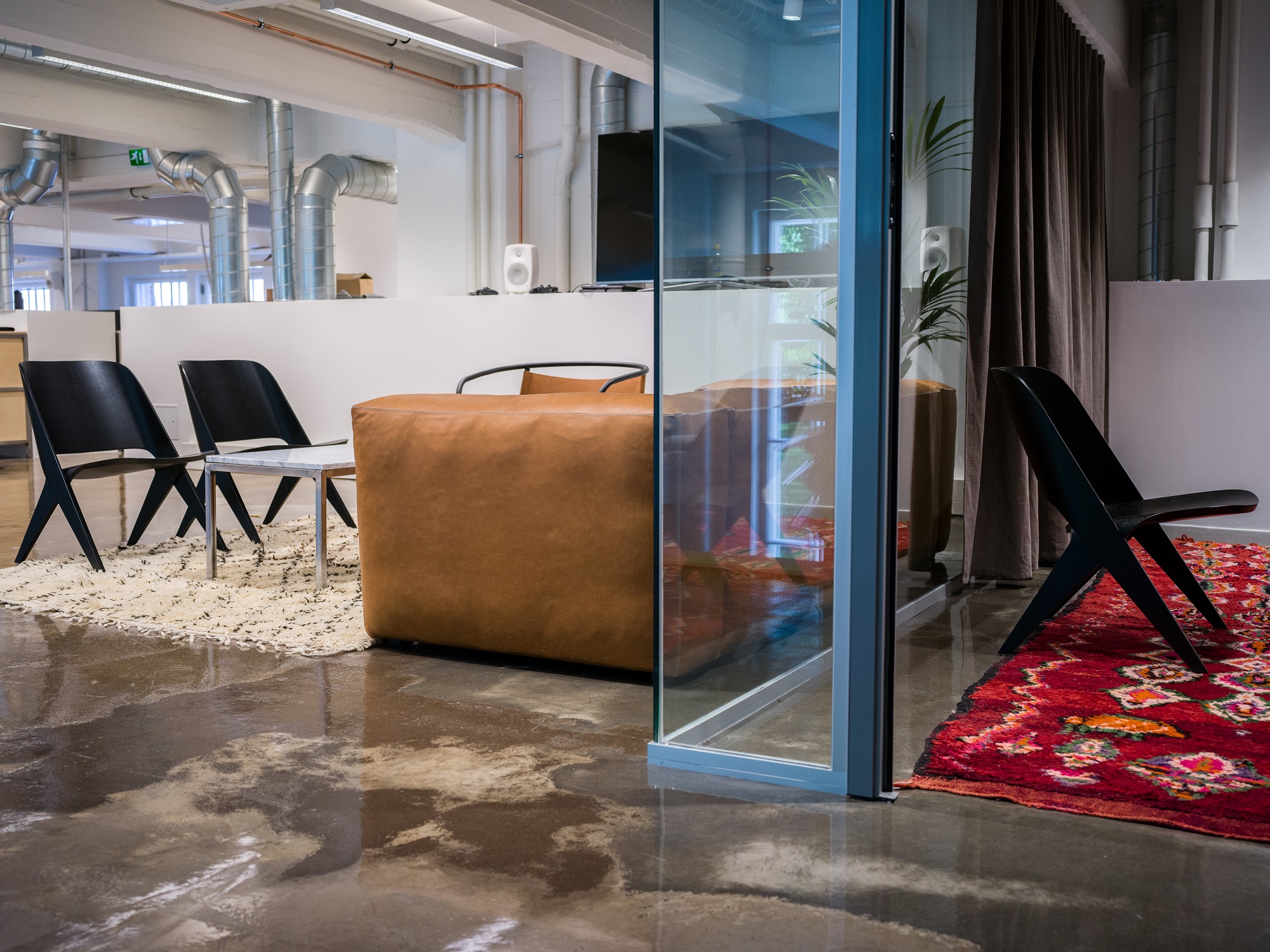 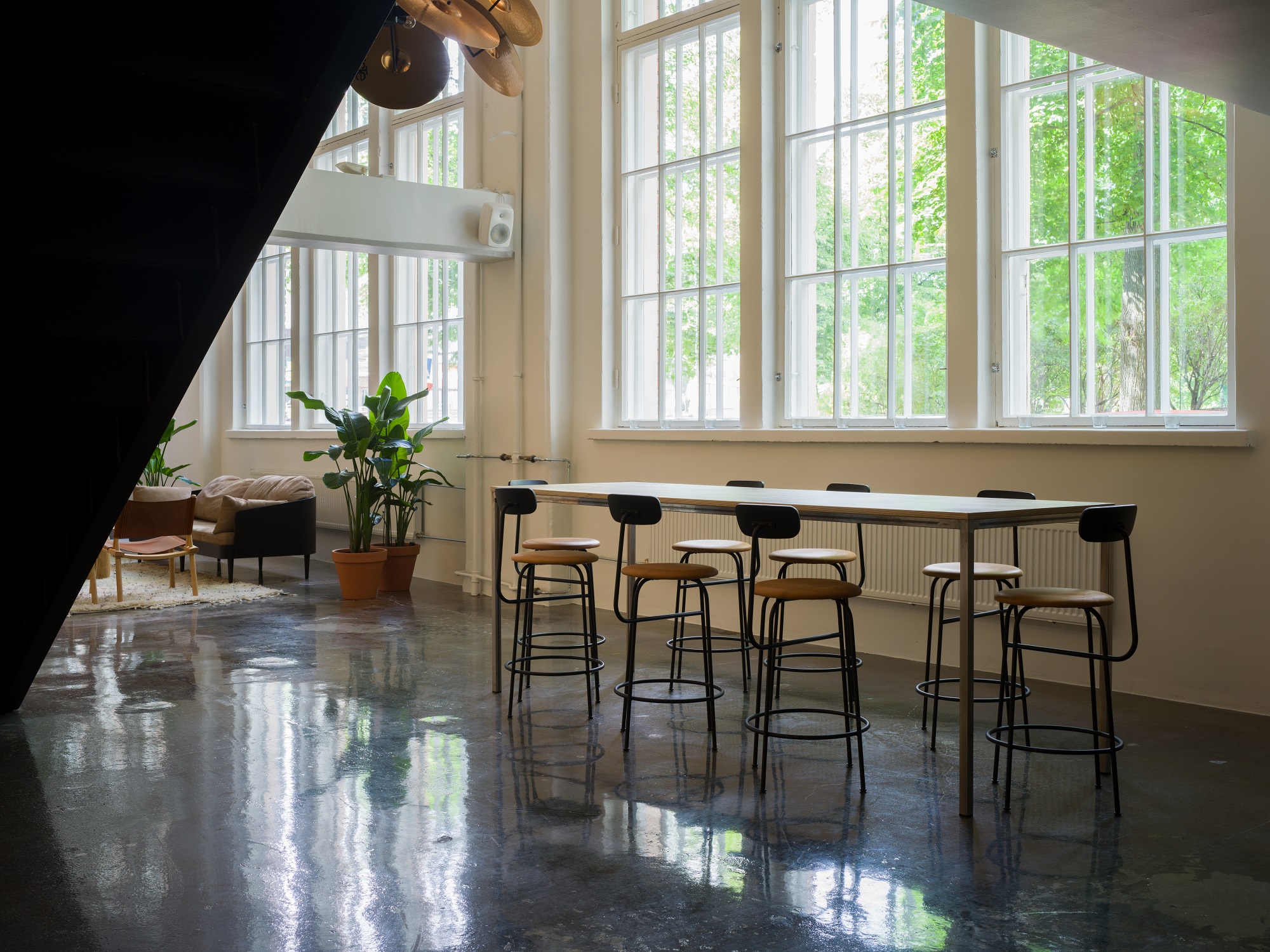 "Sound quality was our first priority, but the clean design and the variety of colour options that Genelec offer made the decision very easy."

Eero Ojansuu, Finance Director at the Universal Music office, comments: "Genelec was an obvious choice for us, as the company is already a household name throughout the music business for the superior quality of their studio monitoring speakers, and now also for premium speakers for consumers and in installations. Sound quality was our first priority, but the clean design and the variety of colour options that Genelec offer made the decision very easy."

Genelec speakers have also been installed in each of the four meeting rooms, two of which feature a pair of 4030Bs whilst the remaining two rooms benefit from a pair each of the larger 8340A (SAM™) monitors. "We decided on the 8340As for our two biggest meeting rooms as these are generally the rooms where we listen to new music for the first time, and then introduce it to the media. Specifically designed for critical listening and powerful enough to cover our larger meeting room spaces with ease, the 8340As deliver all the detail and clarity we need at volumes that remain comfortable." Another area dedicated to critical listening is the A&R room where there is a pair of the even more powerful 8250A (SAM™) monitors, and finally, a pair of 8320A (SAM™) monitors has been installed in the MD's office. 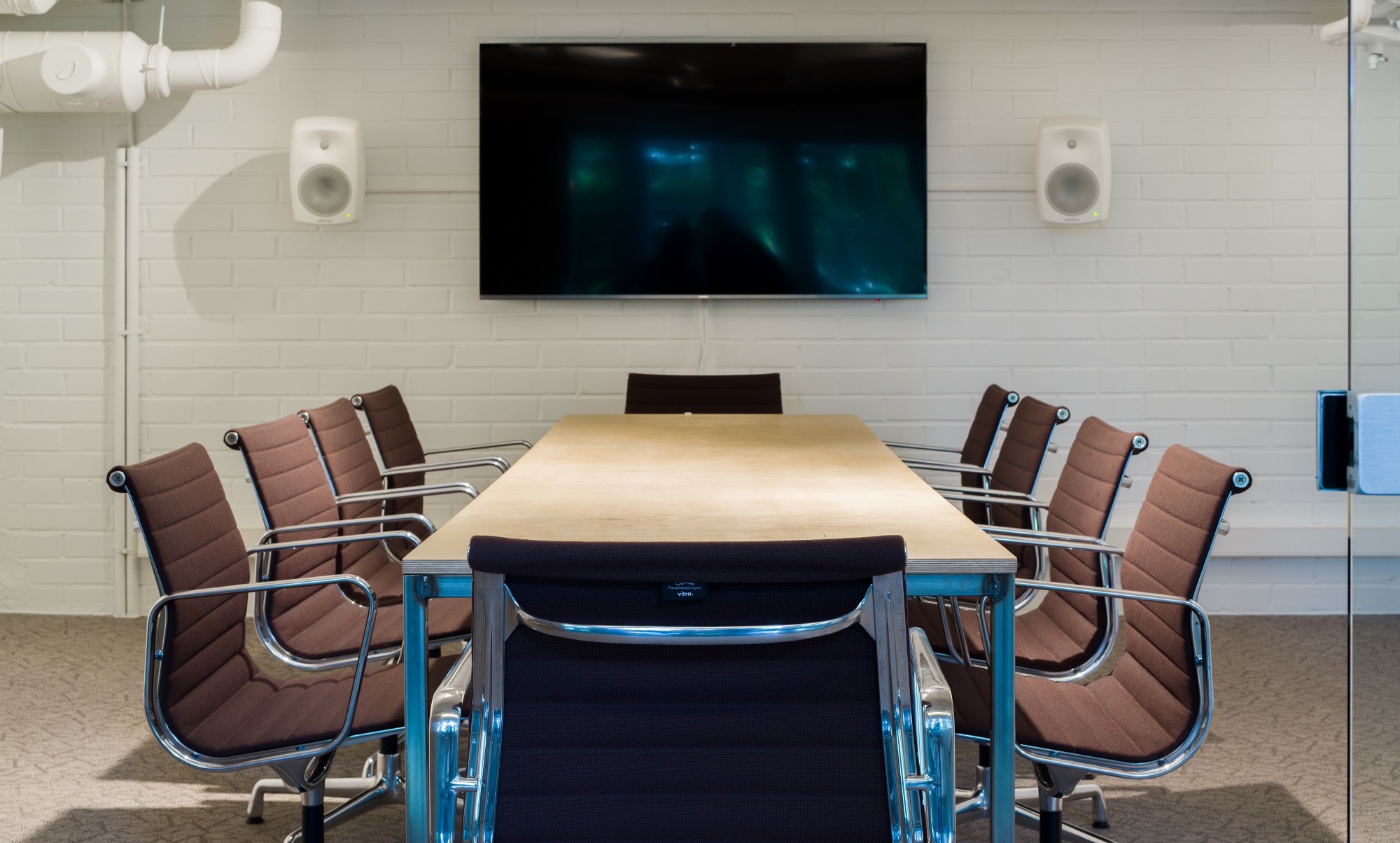 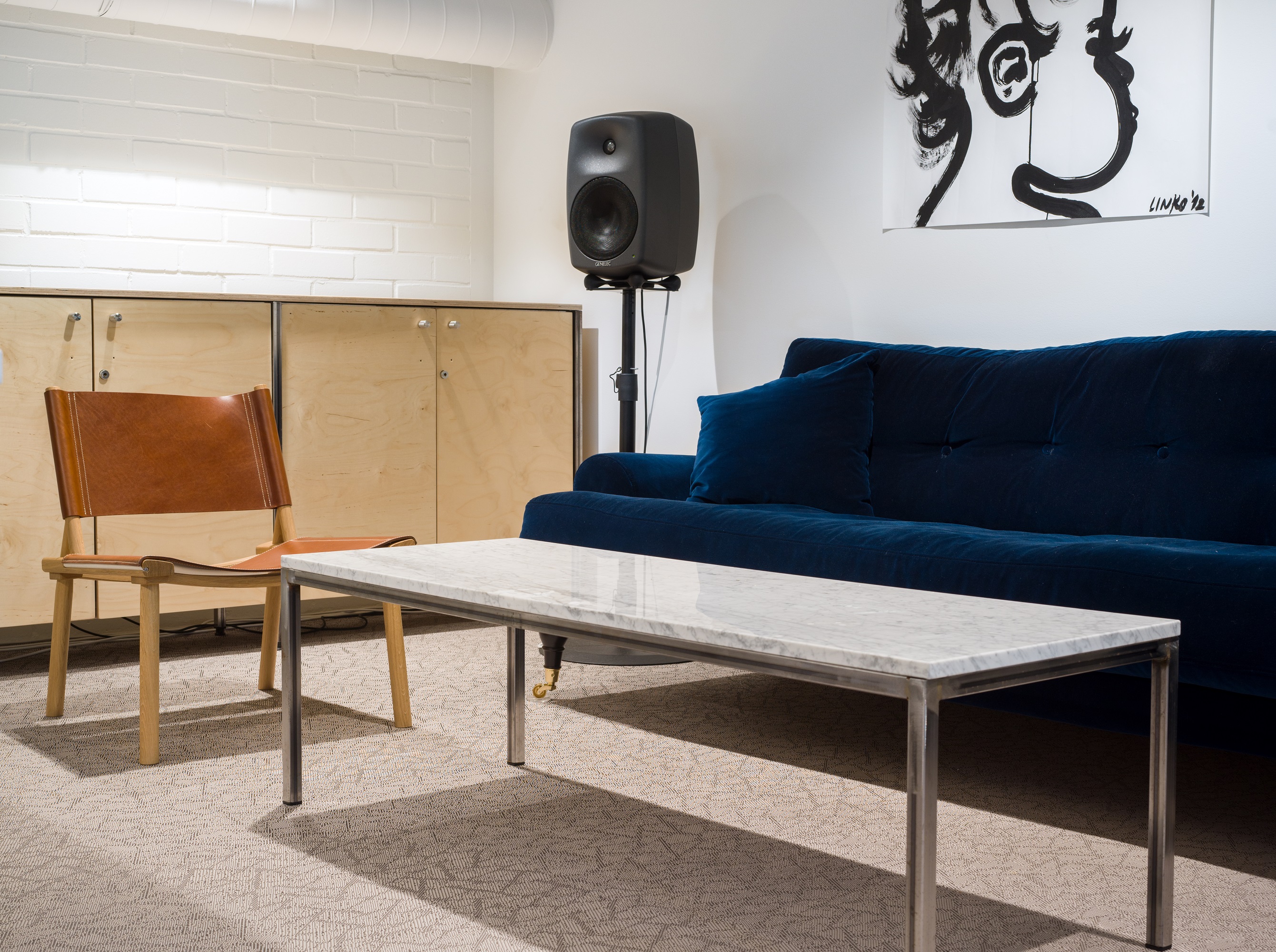 Ojansuu adds: “I’m a big fan of Genelec. I bought my first Genelec speakers – 8030s – in 2005 and I’m still using the same pair in my living room, so I knew that they’d be an excellent choice. Genelec loudspeaker design is both unique and timeless which, for me, equates to superior quality sound. Music is, of course, the raison d’etre for Universal, so naturally we required a loudspeaker system that does justice to our work. The music we play is mainly from our own repertoire, but that ranges from classical music to electronic dance music and everything in between, so the system needed to be able to handle all types of music and for us to experience it as if we were in the studio with the artists. Genelec was the ideal choice.”

“The quality of sound in the office is balanced, strong and highly detailed,” he continues. “The system has definitely achieved what we were looking for. We are a modern music company with exceptionally high standards, and we want people to feel that from the moment they step into our office.”