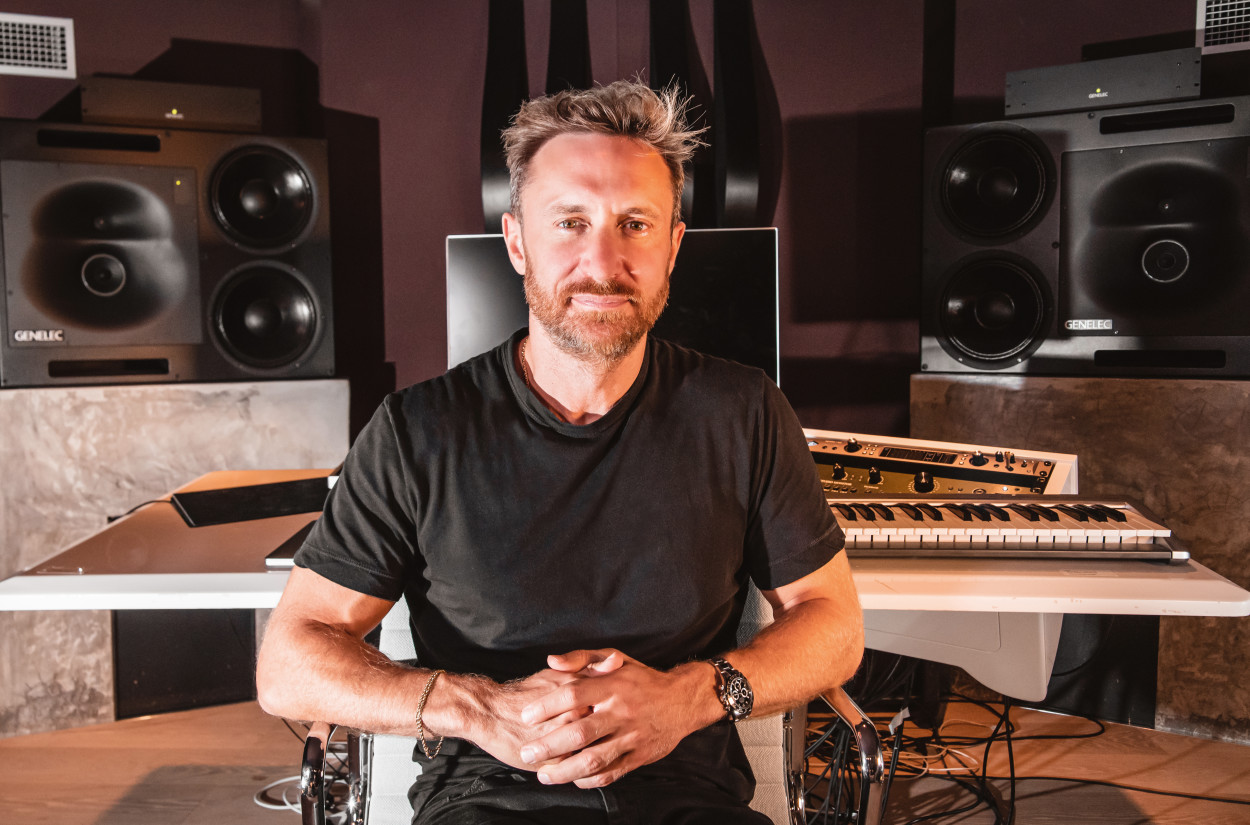 Superstar DJ, Godfather of EDM, and “the man who almost single-handedly resurrected dance music in America”, it’s hard to overstate David Guetta’s huge influence on the modern music scene. Having DJ’d in Ibiza for over 20 years, Guetta’s personal studio on the island has recently been upgraded with a pair of Genelec 7380A subwoofers, which join his existing Genelec 1234A three-way main monitors to create a smart monitoring system that Guetta describes as “my perfect setup.”

The new solution came about after Guetta identified a problem with the mixes that he was creating with his old system. “In the previous system that I had, the subs were so loud that they were not really realistic,” he explains. “If I would mix with those subs, sometimes I would end up with a record that didn’t have enough bass when played on other systems - because the bass in my room was so huge.”

With the 7380As installed, Guetta’s mixes now translate beautifully from his studio straight to the dancefloors of Ibiza, and the subwoofers have helped improve the overall sound in his room. “By installing the subwoofers, we were able to reposition David’s main monitors to avoid early reflections. Finding the best place for the subwoofers also meant that we had a great frequency response curve all the way from low to high frequencies,” notes Genelec’s Pasi Pönkkä, who travelled to Guetta’s studio to calibrate the system using Genelec’s GLM software. Using GLM, Pönkkä was able to analyse the acoustic environment of Guetta’s studio and then optimise each Genelec monitor and subwoofer accordingly - thereby reducing any negative influences of the room on the sound.

Pönkkä explains that “Each 7380A subwoofer is paired with a single 1234A monitor, so the low frequencies can be better localised. Also, the locations were chosen so that the subwoofer sums aren’t cancelling each other out. The overall result was that we were able to provide David with more bass extension, but with a much smoother and flatter response.”

“This is my reference, and this is my perfect setup.”

A further benefit that Guetta is enjoying is that he can now work for much longer periods without the listening fatigue that he used to experience. “When producing, I’m not really playing too loud, and the Genelec 1234As - even though they are huge - still sound very precise even when they aren’t loud,” he explains. “What I like about the 7380As is that I can work at a low volume so that I’m not too tired after a few hours, and it’s still very precise. But, if I want to blast it loud, it’s powerful enough to feel like it’s in a club.”
Reflecting on his newly upgraded monitoring system, Guetta is certain he made the correct decision. “It gives the feeling of how it’s going to sound in the club, but it’s also realistic,” he states. “This is my reference, and this is my perfect setup.”

Take a closer look at David Guetta’s studio, and find out more about his music and workflow: