Genelec Rocks Helsinki at the Riff!

Genelec Rocks Helsinki at the Riff!

Special consideration was given to the Riff bar's choice of audio system, especially the type of loudspeaker required.

Helsinki is well known for its excellent nightlife and vibrant and exciting rock bar scene. One of the newest to bars to open in the city is The Riff. Not only is The Riff a great venue with a perfect central location, but it is also co-owned by Jussi 69, a member of The 69 Eyes, one of Finland’s best known rock bands. With such an illustrious name at the helm and the music offering being such a key attraction for the venue, special consideration was given to the choice of audio system, especially the type of loudspeaker required. Jussi 69 recognised that the venue’s success would hinge on this choice and his team chose the Genelec 4000 Series as the loudspeaker with the right combination of performance and looks for the venue. 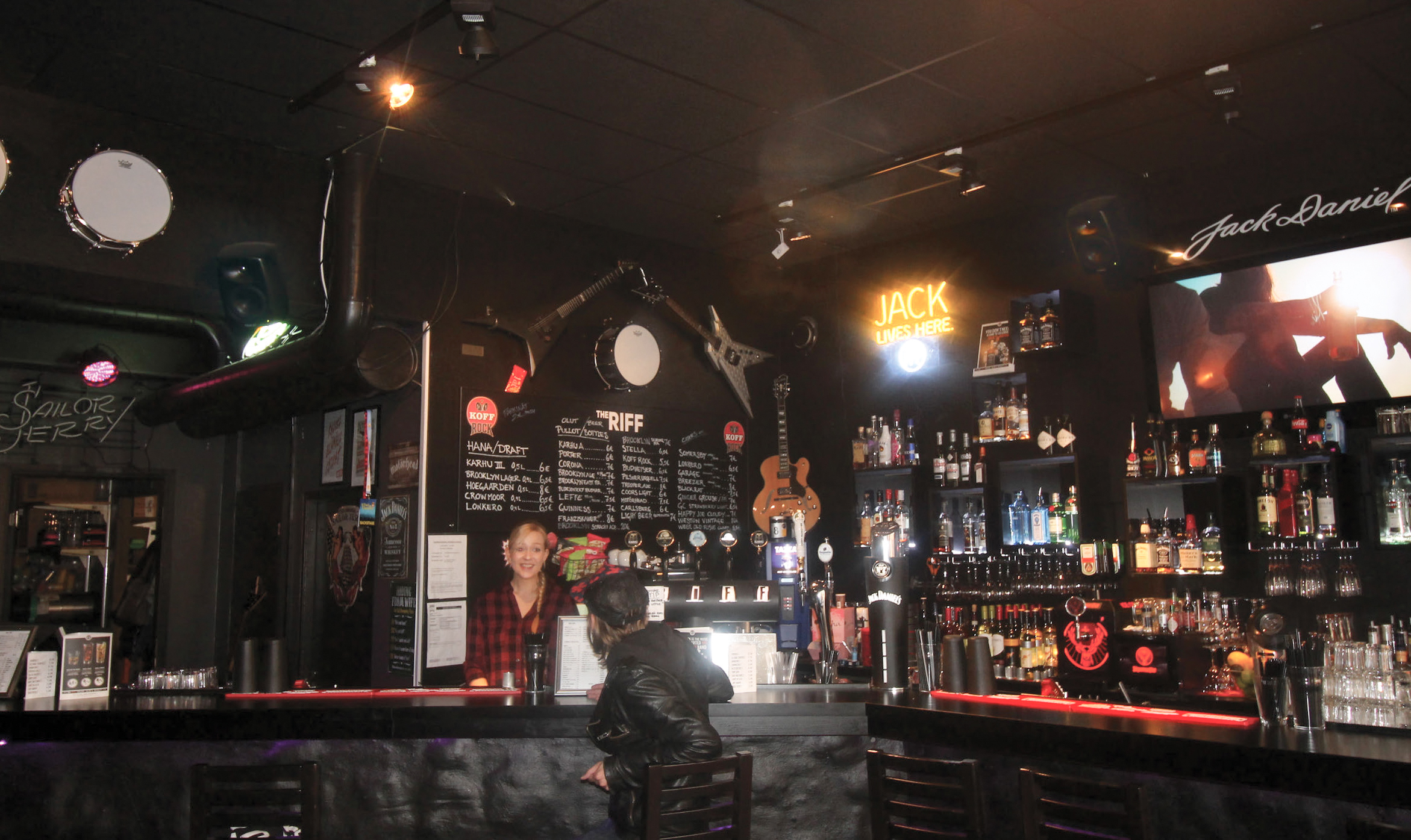 The Riff is in central Helsinki at Iso Roba 3 and has been designed as the perfect after party venue, as well as a fresh space for the rock-loving Helsinki crowd to hang out during the day and evening. The Jussi69’s partners in the venture are Veikka Moilanen and Oskari Kovalainen, two familiar faces from the Helsinki bar scene. Already a radio host Jussi69 is excited about branching out into bar ownership: “I have toured excessively and visited rock clubs from Osaka to Texas and back,” he says.

“This experience means I know what makes a rock bar work. Owning this bar has been my longtime dream, and I planned this for quite some time with my colleagues, Veikka and Oskari. We found the perfect location in the heart of Helsinki where you can hear the best sounds in the city, played loud and clear through Genelec speakers.”

Music and sound systems are integral to the success of a rock bar and the owners did their homework on the available solutions. Consideration was given to the role the music system would have to play in the life of the venue. The system would need to provide background music during the day for a more relaxed vibe, and then during the evening crank things up for the busy night-times when the bar would be more crowded with punters. This would mean higher volumes at busy times but the owners did not to lose any sound clarity at the higher volumes.

The Genelec solution stood out, as Oskari Kovalainen, one of the co-owners of the bar relates: “As a management team we’ve all had experience of visiting and enjoying a wide variety of rock bars. For obvious reasons music plays a great part in the offering of this type of bar. One of the drawbacks with many of these places is at times the punters like the music loud and sometimes this increase in volume comes at the sacrifice of sound reproduction quality. We definitely didn’t want to go down that route. With the Genelec system we have a system that is crystal clear at all sound levels, whether chilling out during the daytime, or cutting through the noisy evening crowd. This means we have managed to attract a mature, discerning, and loyal customer base that appreciates good music in great surroundings." 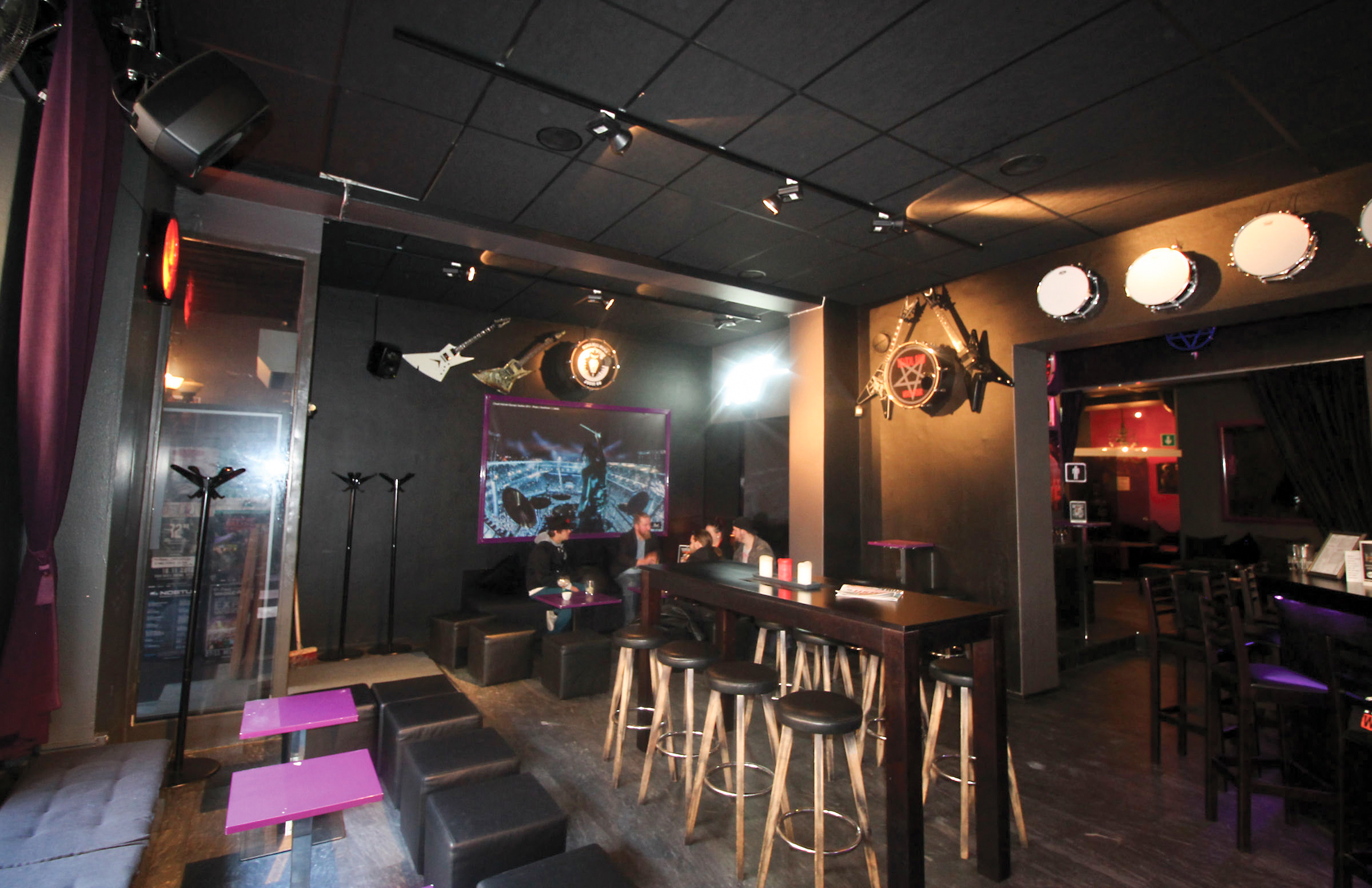 The Riff interior is decorated with memorabilia from Jussi69’s long rock music career with many guitars, posters and other items displayed on the walls. There is also a VIP room, the Hate Lounge which is regularly used by many bands gigging in the city, not least, the legendary Children of Bodom who are regulars at the bar.

The audio system in the Riff has two separate audio zones, one for the main bar and another for the Hate Lounge, both of which are individually controlled from a DJ mixing desk, with sources including CDs and a Mood Media system located behind the bar.

Genelec 4040 speakers in black to match the décor, are installed throughout the main bar, with a pair also installed in the Hate Lounge. The integral set of dip switched on each speaker speakers were used to compensate for any room environment effects on audio quality. The finished system blends perfectly into the rock bar environment while ensuring fantastic audio quality during the day and from dusk till dawn.

The 4000 Series features a range of speaker mounting accessories which were extremely useful during the installation process. With both swivel and tilt options the mounts have allowed the audio output to be pointed in the desired direction for best results.

Furthermore, as the 4000 Series are active speakers with integrated amplifier, no additional external amplifier was needed which helped to integrate the system into the bar environment where space is at a premium.