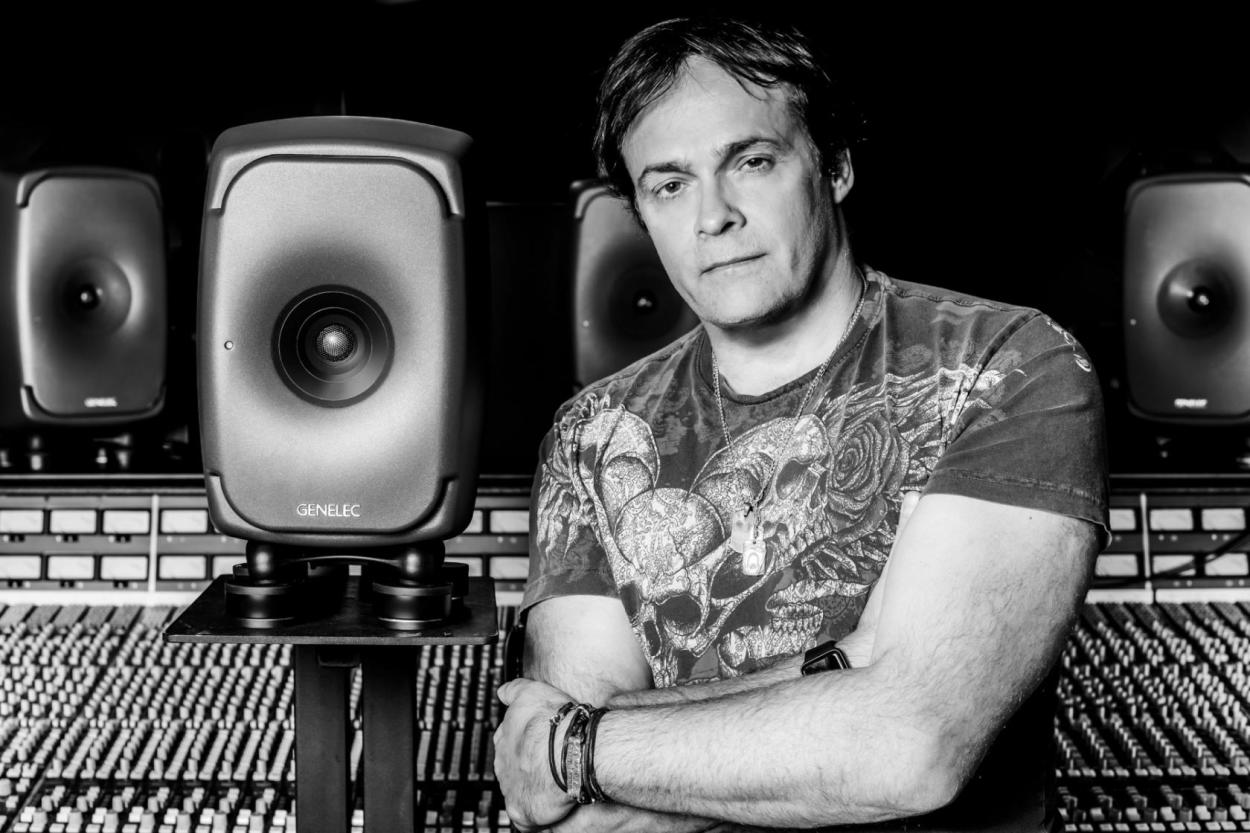 Chycki’s new stereo and 5.1 mixes were done on a surround monitoring system from Genelec.

Mix engineer/producer Richard Chycki has a rich history in the music industry. Over the past three decades, Chycki’s client list reads like a Who’s-Who of the music industry: from Rush to Dream Theater, Alice Cooper to Skillet, Aerosmith, Mick Jagger and more, Chycki has worked with the biggest names in the industry on the road and in the studio. And he is consistently called upon for producing or mixing whether in stereo or surround.

His latest project, a 5.1 mix of The Tragically Hip – A National Celebration, originally was mixed for a television broadcast of the Canadian band’s final performance prior to the retirement and tragic passing of lead singer and songwriter Gord Downie from cancer. Chycki’s new stereo and 5.1 mixes were done at Chycki’s Street of Dreams and at Noble Street Studios in Toronto, Canada, on a surround monitoring system from Genelec, the leader in active monitoring technology for four decades. The system included a triad of 8351 three-way Smart Active Monitors™ in an L-C-R array, 8341’s for left and right rear surrounds and a 7370A subwoofer.

“I had been looking for a speaker update that had stronger focus and imaging, and that’s when I spoke with Will Eggleston and John Whitcore of Genelec Inc., both of whom I had known for years, and they said I should check out Genelec’s new The Ones,” stated Chycki. “When I first connected them up in my studio, I immediately noticed there’s almost a tactile feeling to the speaker in the imaging where I suddenly felt that I could grab elements — like in a drum kit, the hi-hat is there and I feel like I can just reach out and touch it. I really enjoy that feeling for critical listening where I could experience that amount of imaging to help me make better mix choices. I was able to mix on The Ones right away, and then I took those mixes and played them back on small speakers, on large speakers, in my car or on earbuds, and those mixes translated well. That was the most important thing to me – that my final mixes were going to be listened to on a wide variety of playback systems, and they all transferred remarkable well."

Chycki then moved over to Noble Street Studios in Toronto to begin the 5.1 mixes for The Tragically Hip. “I had recently done the preliminary stereo remixes at my studio, so I brought my Genelec’s over to Noble Street, and because I was under such tight time constraints, I contacted Will and John, and through Genelec’s Canadian distributor SF Marketing and their Genelec Product Manager Mike Calo, they were able to get me the additional speakers to set up the 5.1 system. Their customer support and attention to detail was second to none. I set up the system, used the GLM software, and it did its analysis of the acoustics and adjusted the speakers accordingly. Within about 45 mins of unpacking the speakers and setting them up, I was mixing. And there was no room acclimation once I ran the GLM software – it has the same sound quality, detail, nuances and characteristics as when I used them in my studio.”

This was a special project for Chycki, and it resonated with him on a very personal level. “The Tragically Hip is a strong centerpiece in Canadian music culture. Gord Downie was looking at the biggest danger that any person can face, and he did it with dignity and with poise, so mixing this project was a huge honor and responsibility for me, given its gravity. To have reliable tools, like Genelec’s The Ones, so the project was delivered on time and in a way that’s respectful to the artist and so that the fans can appreciate it, is something for me that’s very deep and meaningful. As a monumental piece of Canadian culture that’s going to last for decades, it was absolutely critical to be able to deliver it properly and have it translate to as many systems as possible, as many listening environments as possible, because the band has such an incredible legacy.”

In summing up his experience of mixing The Tragically Hip – A National Celebration, Chycki stated, “The main facet of these Genelec speakers is their ability for the mix to translate outside of the listening environment. Using the GLM software and the stability with the different listening environments it provides – I haven’t experienced this before, where I could take speakers to any studio and they always sound 100% consistent. This is an absolute first for me. I found it very valuable. And the fact that the process is simple and reliable with no surprises, and that it doesn’t take a huge amount of time – all of these things make The Ones a really great choice.”