New Ones models make their West Coast debut at NAMM

New Ones models make their West Coast debut at NAMM

2020 may have been our most exciting NAMM show to date, with our booth hosting the West Coast debut of the new 8351B & 8361A coaxial three-ways and the revolutionary W371 adaptive woofer system.

Visitors this year were able to hear a fully immersive 7.1.4 Genelec monitoring system comprising the 8361s as LCR with 8331s as overheads, 8341s for surrounds and rears, and a 7380 subwoofer handling the low end – a great example of how the addition of the flagship 8361 allows users to create a completely point source immersive set up suitable for larger rooms, higher SPLs and longer listening distances than was previously possible.

For music, mastering and audiophile listening we also showcased a stereo system deploying the 8351B in conjunction with the W371, creating a full range monitoring system with unrivalled levels of control over detrimental room acoustics.

Aside from a rolling program of monitor demonstrations, visitors to our recent NAMM booths will know that we also set out to educate and entertain, and this year’s schedule of guests was about as musically diverse as we’ve ever seen……

Day One opened with a performance by DJ, remixer, playback engineer and performance designer dolltr!ck, followed by a set from DJ Jo Ann from Mexico. 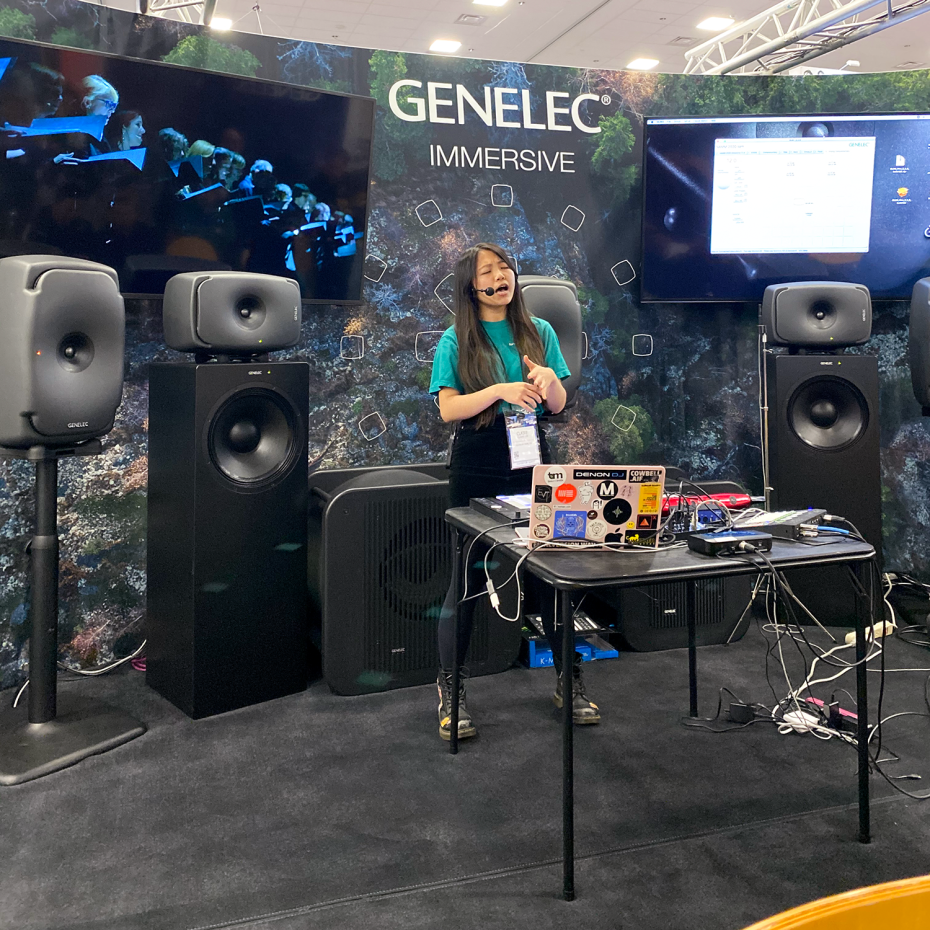 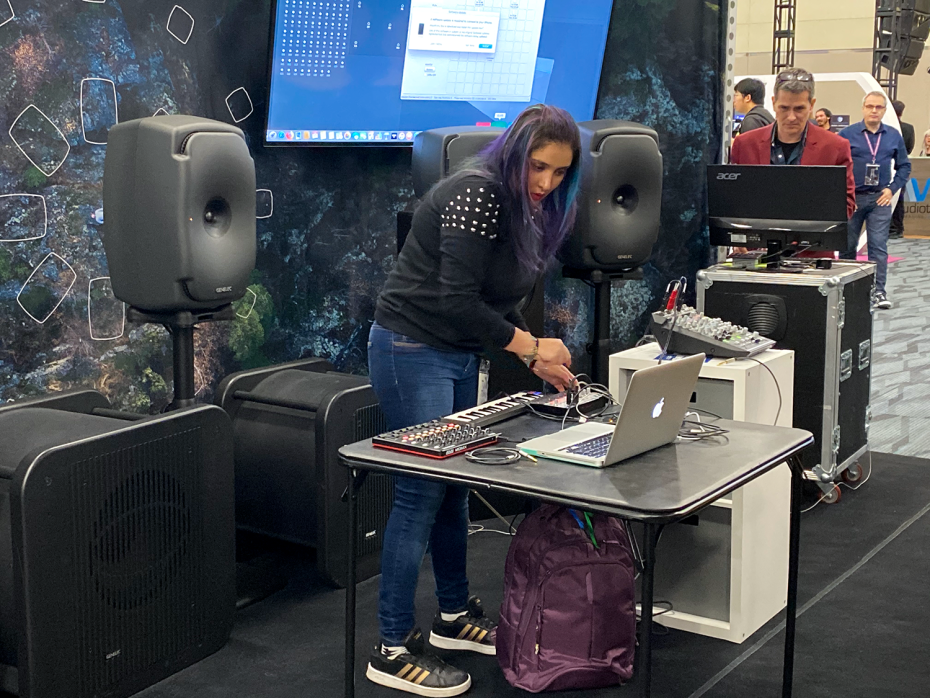 Our first special guest presentation was with record producer, mix engineer, and author Sylvia Massy, who has worked with everyone from Tool and Prince to Johnny Cash and the Red Hot Chili Peppers. Sylvia is long-standing Genelec 8351 user and played back some of her favourite sessions before taking questions from the audience. 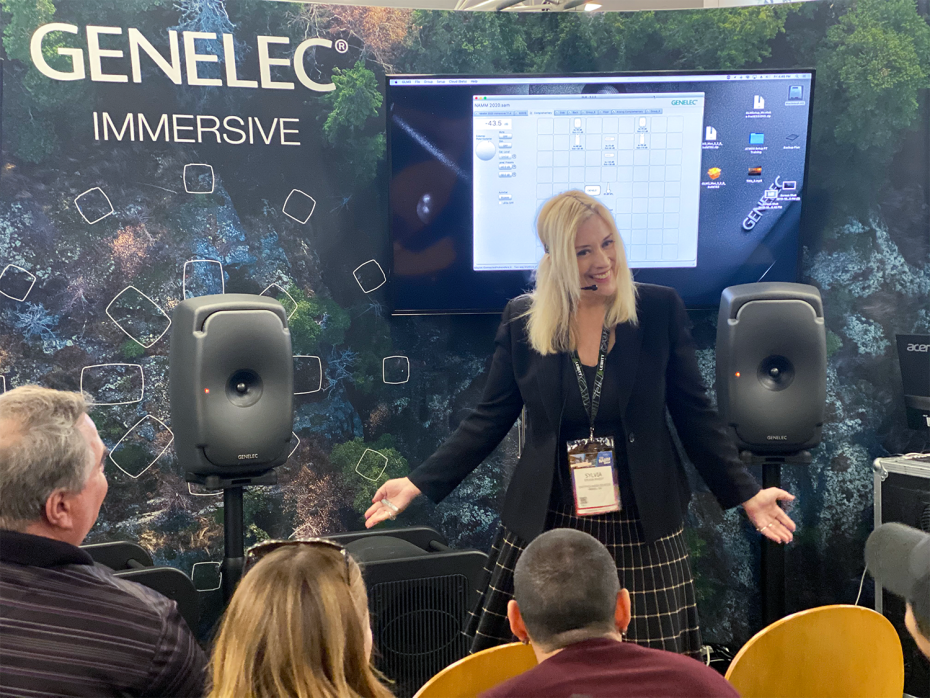 Our next guest presentation was a Q&A with record producer, vocal producer, songwriter and mix engineer Louis Bell. Best known for his work with Post Malone, Louis has a huge list of other A-list musical clients including Camila Cabello, Halsey, Taylor Swift and DJ Snake. 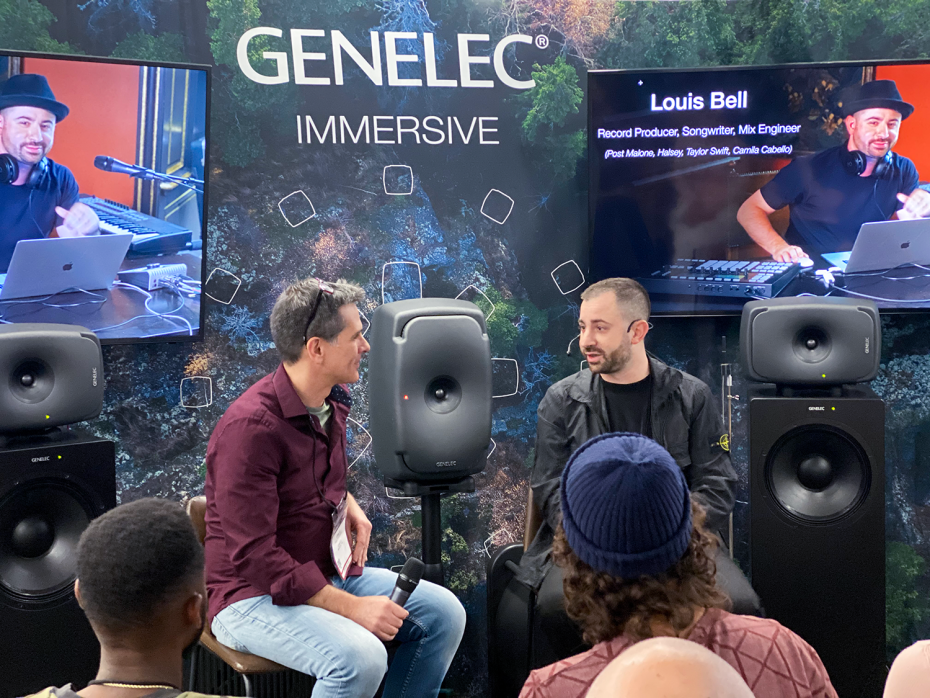 Our third guest discussion was a mix breakdown by Grammy award-winning producer and mix engineer DJ Swivel, who opened up the Pro Tools session for Lil Nas X’s ‘Panini’, and answered any and all questions regarding the mix process. He also treated the audience to a sneak peek at his new custom plug-in ‘The Sauce by DJ Swivel’. 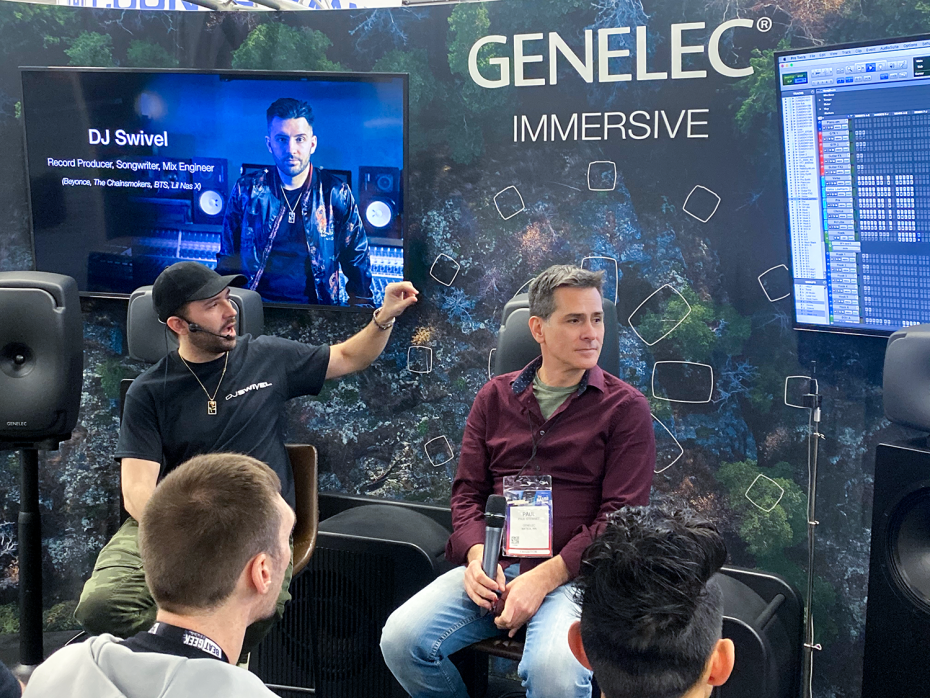 The final presentation of the show was by another Grammy award-winning producer and engineer – this time 8351 aficionado Josh Wilbur – who opened up his sessions from Of Mice & Men’s latest album ‘Earthandsky’ and discussed the techniques used to record and mix the album. 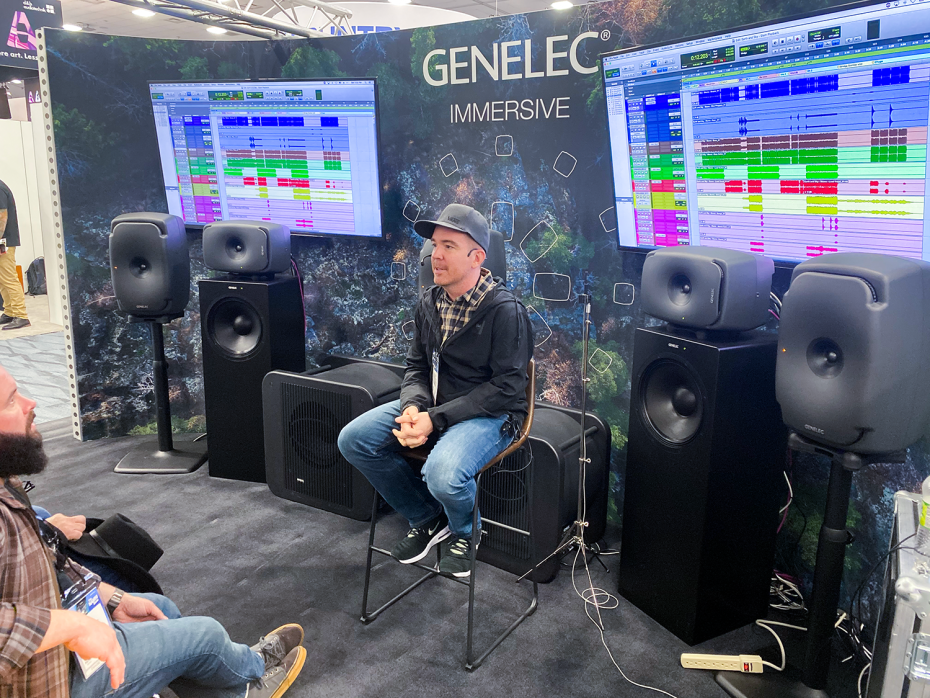 But perhaps our proudest moment of NAMM 2020 came on the Saturday night when we were presented with two TEC awards, for both the high-SPL S360 studio monitor and our Aural ID headphone technology. This is the first time that we’ve won two TECs in a single year, and we are hugely grateful to everyone who voted for us! 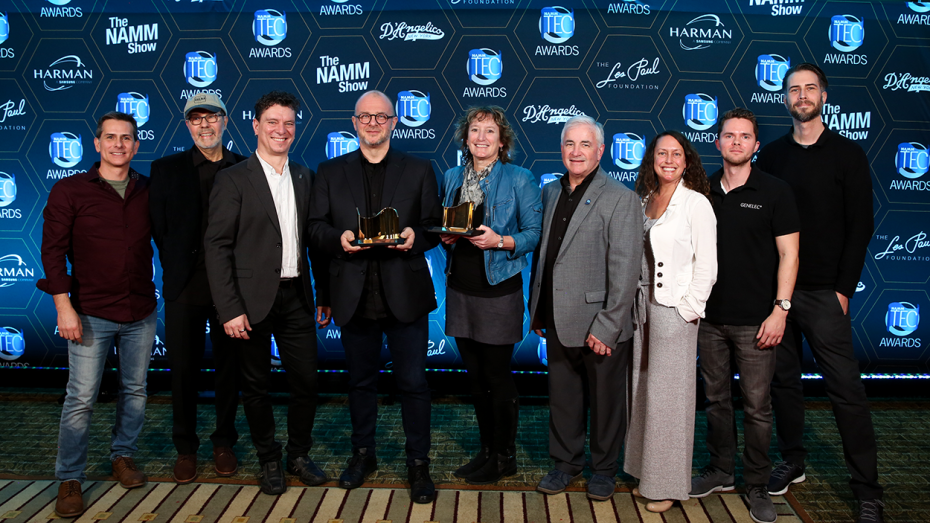 Thanks again to everybody who stopped by the booth, and we look forward to seeing you at NAMM 2021!