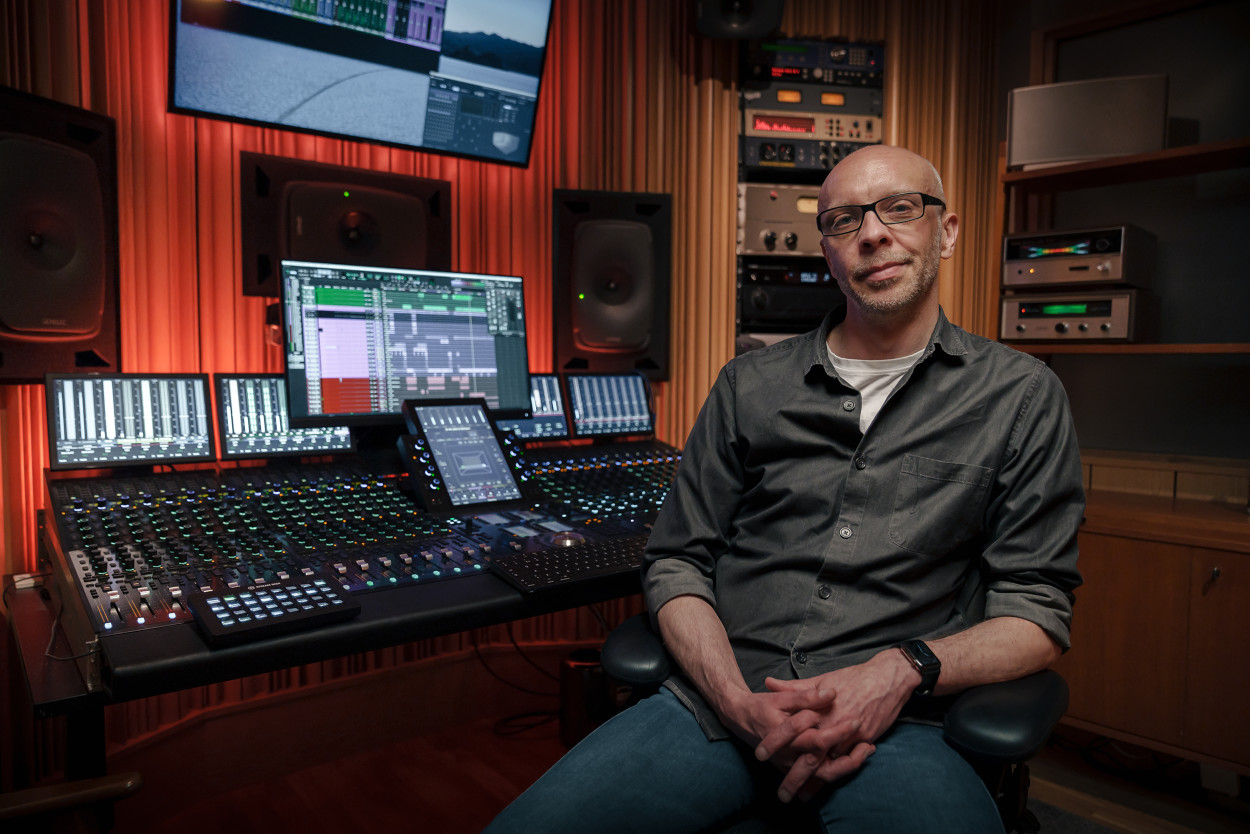 Stockholm, Sweden, September 2022… With its large collection of vintage equipment, original echo chambers and high-quality musical instruments, Stockholm’s Atlantis Studios has been attracting some of the biggest names in music for decades. The former cinema has played host to a who’s who of Nordic legends, including ABBA, The Hives, Cardigans and Roxette to record some of their biggest hits, as well as attracting celebrated international acts from Quincy Jones to Green Day and Elvis Costello to Primal Scream. The latest addition to ensure artists can realise the full potential of modern music production is an Atmos mixing room outfitted with Genelec The Ones Smart Active Monitors.

“The latest upgrade saw us install a 7.1.4 system,” explains Mix Engineer Stefan Boman. “I was really keen on doing that because I did some stuff in 5.1, but that never really took off as there weren’t any proper platforms. I wanted to get into Atmos because you could see the trends and the investment behind it.”

With the decision made to embrace the Atmos standard, the project progressed rapidly. “We decided to invest in Atmos, and I heard that Dolby were coming over here to do some work – so I decided that we had to be equipped for immersive by then,” recalls Boman. “We had to be done within a week and a half, so I called in favours from builders. There were some really late nights, but it worked out pretty well.”

The upgrade process saw the transformation of the mix room from one created with 5.1 in mind to a fully immersive space certified by Dolby. “Obviously for 7.1.4 we needed to add more speakers,” explains Boman. “We worked out the best possible places for the monitors in the room, installed them and then calibrated the space with the help of Dolby engineers to gain the certification. We couldn’t have planned it any better.”

One easy decision for Boman was the choice of monitors. He has been using Genelec since the mid-90s and has been continually impressed with the quality of the sound. “I’ve had Genelec monitors for a long time, they fit my ears,” he smiles. “When I first heard The Ones, I was so impressed with the definition. On most speakers you can hear it’s to the left or to the right but on these you can locate sounds with such precision – you can say things like ‘it’s 5 degrees to the left’! I was just blown away, I could really hear the pan definition. That really helps in an Atmos room.”

The system chosen by Boman deploys The Ones family of coaxial three-way point source monitors – specifically the 8351s for the L-C-R positions, 8341s for the surrounds and 8331s for the ceiling channels – all complemented by a 7370 subwoofer. “I really like it,” says Boman about mixing on his new Atmos system. “It’s natural sounding and I never get surprised when I bring tracks home or listen somewhere else. I just hear the mix decisions I made.”

With the room built in record time, the first Atmos project came through Atlantis’ doors shortly after the new room’s completion. “The first job I landed was Roxette, with a complete remix of their big hits,” reveals Boman. “They asked me before the new space was built and I said I would love to do it, but I didn’t have a room. Eventually, they gave it to a US mix engineer because they really wanted to get it out early. By the time the mixes were ready, my room was about done, so they called me and asked if they could listen to the mixes in my studio. I thought it would be interesting, so I said ‘yes’.

“We heard the mixes, and Per from Roxette came by,” Boman continues. “So I asked if I could try out one song to see what we could do. I did the song and they came back and said ‘okay, it can be like this!’. So I ended up getting all the songs. It was a really good first real Atmos gig.”

From this starting point, the Atmos work has continued to grow for the studio. “I think these days around 80% of the things I do are Atmos,” says Boman. “I wanted to be involved in Atmos early on so I didn’t have to get on board later when everyone is doing it. It turned out to be a good move. I’m happy with the results, and both artistically and financially it has been a good decision.”