Multimedia Audio Firm Human Chooses “The Ones” from Genelec

null Multimedia Audio Firm Human Chooses “The Ones” from Genelec

Multimedia Audio Firm Human Chooses “The Ones” from Genelec 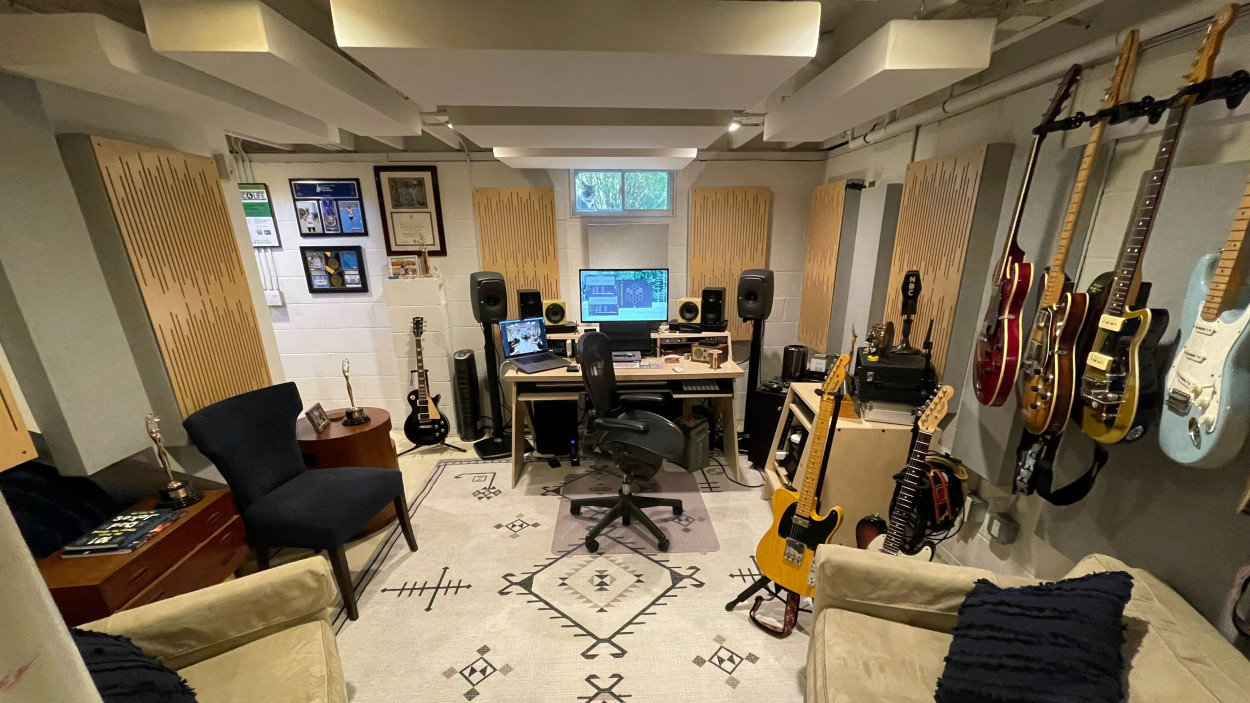 NATICK, MA, September 1, 2022 — Multimedia audio firm Human (along with its sister company Post Human) offers music composition, sound design, music supervision, sonic branding and audio post services from its bases in New York City, Santa Monica, and Paris – taking their clients from concept to completion almost anywhere in the world. A select group of award-winning composers, artists, and producers populate Human, the production side of the company that creates music and other audio elements for advertising, video, digital and film projects. Post Human takes the firm’s decade-plus of experience and creativity to the world of audio post-production, offering a complete suite of post audio services, including 5.1 mixing, music supervision and sound design. Starting this year, the company is embarking on what will be a complete refurbishment of its audio monitoring infrastructure, utilizing a combination of Genelec’s 8341A and 8351B Smart Active Monitors, part of the brand’s “The Ones” line. High-profile projects that have already utilized The Ones’ unique features and ultimate sonic accuracy include the Sandy Hook Promise Teenage Dream film (which won six Lions at this year’s Cannes Lions International Festival of Creativity), Infiniti’s “Beautiful Mess” television spot, Bud Light Seltzer’s “Declared Loudest Flavor” commercial (which aired during the Super Bowl) and the “IT Heroes” campaign (currently on air from Intel).

The shift to The Ones began at the personal studio facility of Sloan Alexander, a Partner and Senior Mix Engineer at Post Human, and Composer, Sound Designer & Creative Director at Human. “I’ve used almost every kind of speaker there is in my career, starting with the Genelec 1029A in the 2000s, and I’ve found that choosing a monitor speaker is a journey and you learn as you go,” says Alexander. “But especially in the last four or five years, I’ve watched as the listening experience has been transformed as people shifted to a wide range of devices through which they consume media, from iPhones to tablets to smart speakers.” The ability to trust what you were hearing when you mixed was being put to the ultimate test by this combination of trends and events, he says, as he found that mixes had to be accurately and reliably able to translate between not only various devices but also a slew of environments. And then Covid compelled production and post-production to move further into mixers’ personal studio facilities and clients were working from home. In 2018, Alexander first demoed The Ones, and he found it was the perfect fit for a fraught moment in audio production. “As we moved further into mixing for multiple kinds of devices, I think the mixing environment itself became less and less critical — it was the transitions between devices that became more important,” he says. “It was taking the room out of the monitoring equation, which made the monitor speaker itself so much more critical. That’s where The Ones became so important: they were the link between so many different kinds of devices and mixing environments.”

At the same time, the 8351Bs showed how their highly accurate imaging and precision reproduction rose to the challenge of mixing in this new audio landscape. “A lot of high-end speakers can actually hype every little detail, which can be a distracting jumble and ultimately not an accurate mix,” he says. “The Ones give you the bigger picture, the complete picture, but also one in which you can hear necessary details like compression and dialog artifacts. And the results really translate into something that clients can wrap their heads (and ears) around. When you can trust the speaker, the client can trust the entire process.”

Alexander says the company’s offices will be fitted out with combinations of 8341A and 8351B monitors in coming months, including rooms that will eventually have immersive mix capabilities. He says they will also rely on Genelec’s GLM Auto-Cal software to assure that every monitoring array they install is perfectly tailored to each control room. “The GLM 4 software update is something I really appreciate,” he says. “The room-correction software notices the little anomalies of a room and smooths them out even better than before.”

Photo caption 1: The studio facility used by Sloan Alexander, a Partner and Senior Mix Engineer at Post Human, and Composer, Sound Designer & Creative Director at Human. This space features Genelec Smart Active Monitors™, part of the brand’s “The Ones” line. The other facilities associated with Human and Post Human have also recently made the shift to Genelec The Ones.