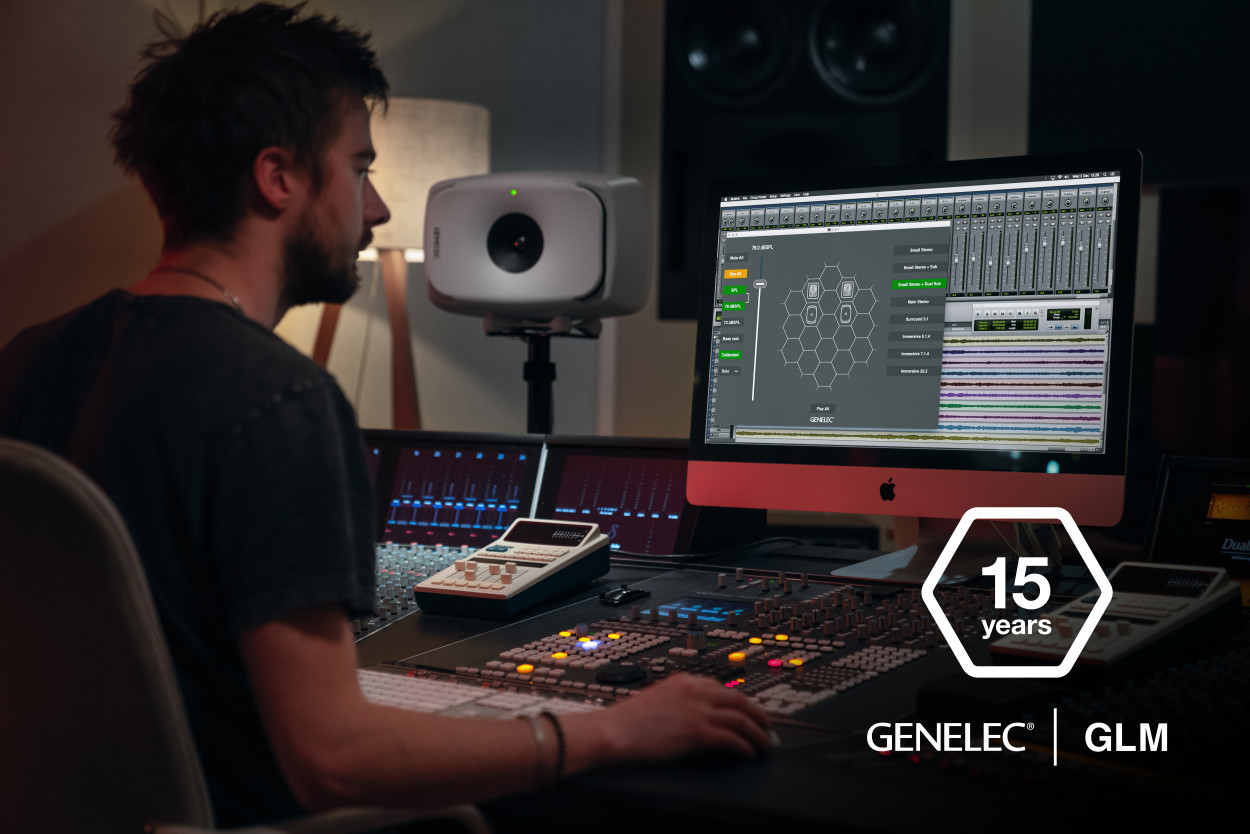 Iisalmi, Finland, July 2021... Genelec – the global leader in professional loudspeakers – is marking the 15th anniversary of its much-loved GLM loudspeaker manager software with the introduction of GLM 4.1, which is compatible with all Genelec Smart Active Monitors and Subwoofers. This update offers significant new features and improvements, thanks to the debut of the next generation AutoCal 2 automatic room calibration algorithm – which delivers a more precise frequency response in a fraction of the time than was previously possible.

Drawing on the data from thousands of real world room calibrations, GLM 4.1 gives the user supreme control over a room’s detrimental acoustic influences, producing mixes that translate even more consistently to other rooms and playback systems. Originally introduced in 2006 and based on decades of research, GLM integrates seamlessly with the intelligent DSP hardware within each Genelec Smart Active Monitor, allowing each monitor and subwoofer to be networked, configured and individually calibrated for the user’s specific acoustic environment.

GLM’s reference microphone kit allows the user’s room acoustics to be accurately analysed, after which each monitor and subwoofer can be automatically calibrated for relative level and relative distance delay, plus subwoofer crossover phase and frequency response. At that point the user has many options for personalisation if required - including the calibration of absolute listening level in dB SPL, according to global broadcast, OTT, gaming and film standards. This level of flexibility makes GLM the perfect tool both for users looking to fine tune an already excellent room, and those working in more challenging spaces not originally designed for creative use.

With the wide range of listening rooms being used for production today, GLM 4.1 specifically improves the calibration of spaces that are more acoustically ‘lively’ than was once the norm, and assists those choosing to monitor at ultra nearfield (UNF) distances right down to 50 cms – which is now growing in popularity as a bridge between in-room and headphone monitoring.

GLM 4.1’s new AutoCal 2 feature takes advantage of detailed background information of each monitor in a system, producing a quicker and more accurate discrimination between direct and reflected sound. The fast calibration speed is further enhanced by a completely new 64 bit architecture and fresh, lean code. GLM 4.1 is therefore a powerful tool for mobile audio engineers and creatives who are regularly working in different locations. That mobility is also supported by GLM 4’s choice of Cloud-based and local storage of settings.

Users of the 8331A, 8341A, 8351B and 8361A models from ‘The Ones’ series of coaxial three-way point source monitors will welcome the new ability of GLM 4.1 to extend phase linearity right down to 100 Hz. With coaxial monitors, phase linearity is a valuable feature because it improves off-axis performance and stabilises UNF imaging too. GLM 4.1 accurately time aligns all the monitors in a room, across types, taking The Ones’ wide phase linearity setting into account.

Other new features in GLM 4.1 include an increased number of EQ filters offering more flexibility, weighting refinements when taking advantage of GLM’s unlimited number of microphone measurement points, and a Solo-X mode for faster soloing of monitors when working with immersive content. Finally, through the addition of French, Italian and Portuguese language options, international users of GLM 4.1 are now able to choose from 10 user languages.

“The AutoCal calibration algorithm has always been the backbone of GLM,” comments Genelec Managing Director Siamäk Naghian. “So I can think of no better way of celebrating GLM’s 15th anniversary than with the launch of AutoCal 2 as part of the new GLM 4.1 release. In those 15 years we have gradually seen intelligent loudspeaker calibration become universally recognised as the most reliable path to creating a true sonic reference – and we are proud to keep leading the way.”