Genelec’s Smart Active Monitors are helping to make SOUND360 stand out from the crowd in South Korea, with the country’s first 9.1.6 Dolby Atmos studio. The SOUND360 studio is the creation of CEO Jung Hoon Choi, who is already a very well-known figure in the Korean music industry through his Audioguy record label.

“The recording room is designed for Dolby Atmos 3D audio, and immersive sound recording and mixing,” explains Ha Neul Lee, the audio engineer responsible for both stereo and Dolby Atmos mixing at Audioguy. “Reverberation time and acoustic treatment for the studio were also calibrated for 360-degree mixing with the surround monitors.”

The decision to create an immersive recording space was based on the belief that this is the direction that audio recording is moving in, while the 9.1.6 format was selected for its ability to deliver 3D mixes through popular consumer devices. “As you know, before immersive audio we used to have surround sound,” comments Choi. “We used to be able to produce multi-channel surround content, but not many consumers could play that content through a multi-channel playback system. For that reason, surround didn’t become standard.

Genelec monitors deliver consistent sound not only at loud volumes, but also at relatively low volumes so I can easily get the right balance of each instrument in the mix. 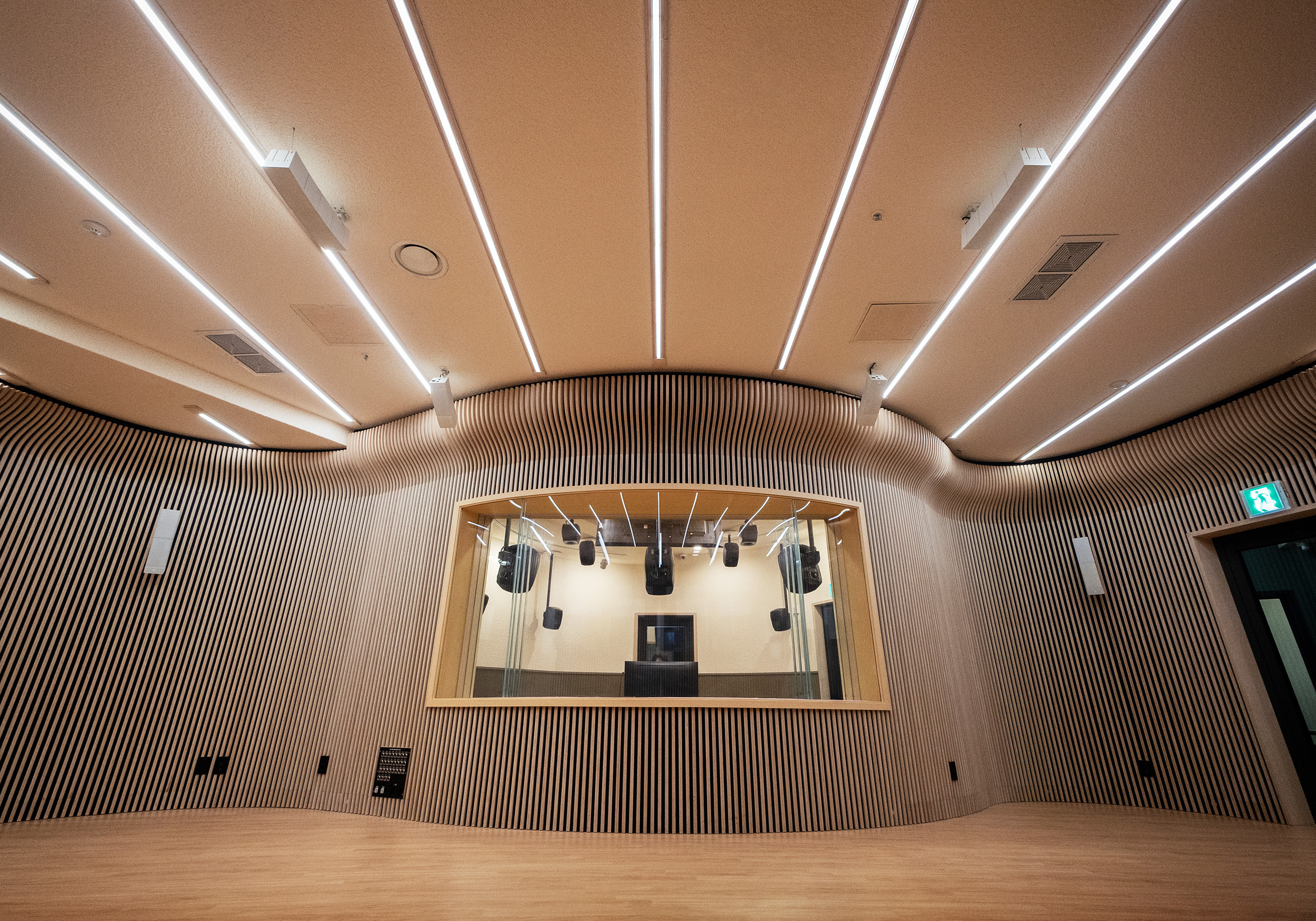 “Now that immersive audio is available, Dolby Atmos is one of the various immersive audio formats that SOUND360 currently offers,” Choi adds. “The mixes that are created by the 9.1.6 system here at the studio, can easily be enjoyed using just a simple stereo system like you would find on a typical mobile device. This compatibility is at last making 3D audio more accessible to the public, and it is becoming popular.”

When it came to the choice of monitors for the immersive space, Genelec was the only option. “For audio engineers like me, the importance of monitor speakers cannot be overstated,” says Choi. “One of the biggest reasons I have been using Genelec for a long time is because I tend to set the monitoring level slightly lower than other engineers, typically around 75 dB, and make it louder at certain points. Genelec monitors deliver consistent sound not only at loud volumes, but also at relatively low volumes so I can easily get the right balance of each instrument in the mix.”

Having opted to choose Genelec, SOUND360 worked with local Genelec distributor Sama Sound to create the 9.1.6 setup. The space utilises three-way coaxial monitors from The Ones series, and features three 8351s for the L-C-R channels, twelve 8341s as surrounds and overheads, and three 7370s as subs – with the whole system tuned and calibrated using GLM Loudspeaker Manager software. The all-Genelec solution has been a popular choice with the team of engineers working at SOUND360.

By using Genelec Smart Active Monitors with GLM, we were able to calibrate the monitoring systems for consistent sound from one room to the next. 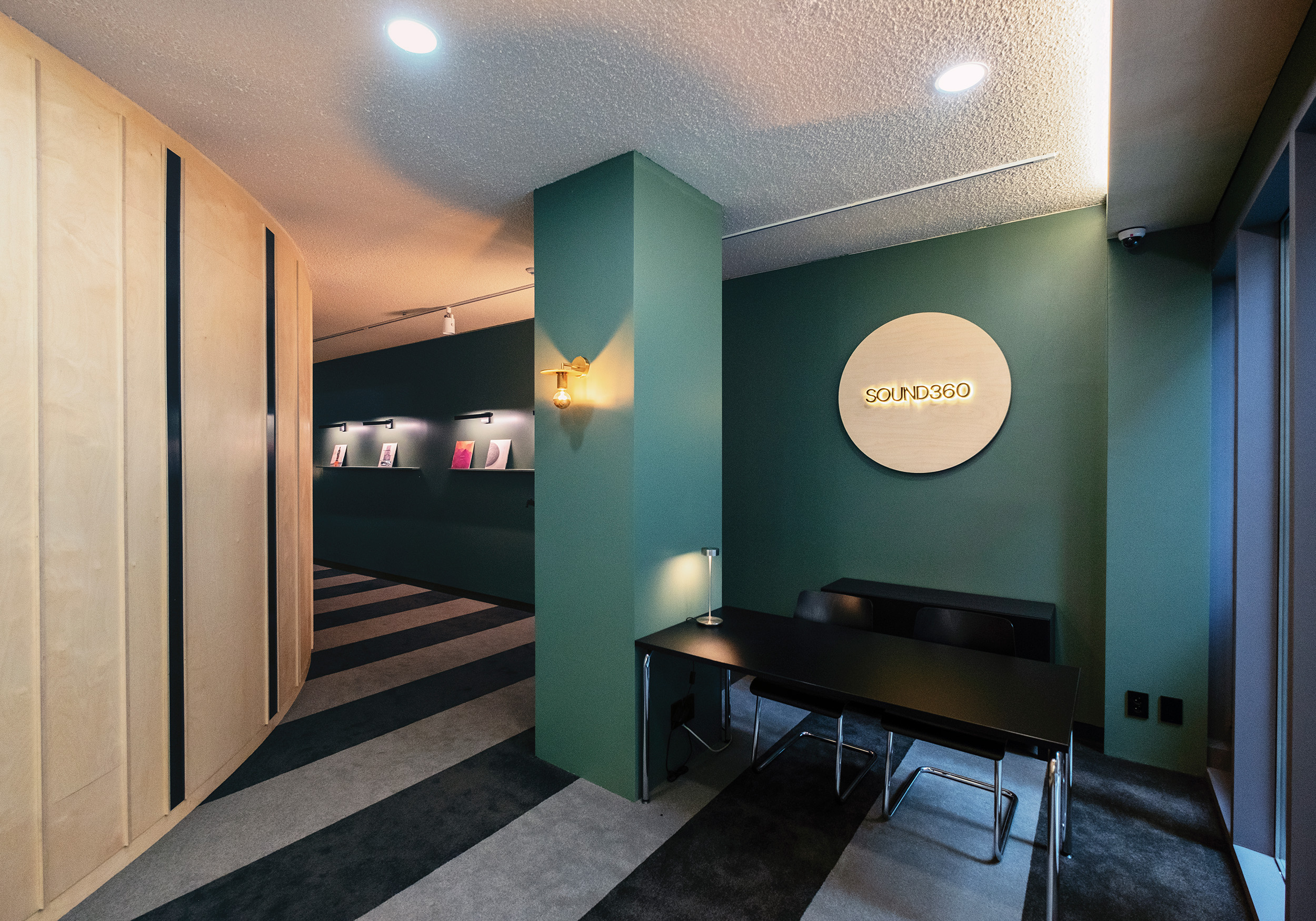 “Genelec monitors allow users to calibrate and control with ease,” says Lee. “I feel so much gratitude for the 8300 series. If monitors sound different in different rooms, as an audio engineer, it feels like going through hell every day. By using Genelec Smart Active Monitors with GLM, we were able to calibrate the monitoring systems for consistent sound from one room to the next. We were even able to fix acoustical problems while working with the consistent sound. Now we have the room, which is acoustically well set up, and I am 99% satisfied with Genelec. I kept the 1% to spare my pride!”

As the first recording space in Korea to offer a 9.1.6 setup, SOUND360 is already a pioneer. Through careful planning and the right choice of equipment it has every chance to succeed in its mission to help more people enjoy immersive audio.