We catch up with Carolina Antón in Mexico City, who’s a celebrated sound engineer and the CEO of specialised local studio Goro Goro Immersive Lab. She details her immersive setup, recent projects and what’s driving her to push the boundaries of both personal listening and live performance experiences.

Can you briefly summarise your professional background for our readers?

I'm an internationally recognised leader in the field of live-sound mixing, systems design and the optimisation of sound reinforcement. For more than 15 years I've established an upward trajectory in my career, collaborating with distinguished national and international artists on various productions.

I've been Mexico's representative for the Soundgirls.org organisation since 2016, and my professional career was highlighted in the 2019 book 'Women In Audio' presented by the Audio Engineering Society in London and written by the renowned sound engineer Leslie Gaston-Bird.

Aside from being the CEO of our studio, Goro Goro Immersive Lab, I've co-founded a company called 3BH with which I develop integration projects for post-production in Latin America.

Can you tell us something about your creative space and where it's located?

Goro Goro Immersive Lab is a boutique studio that's ideally situated in the heart of Mexico City. We're a laboratory formed by engineers and creative artists dedicated to immersive audiovisual experiences that use cutting-edge technology. 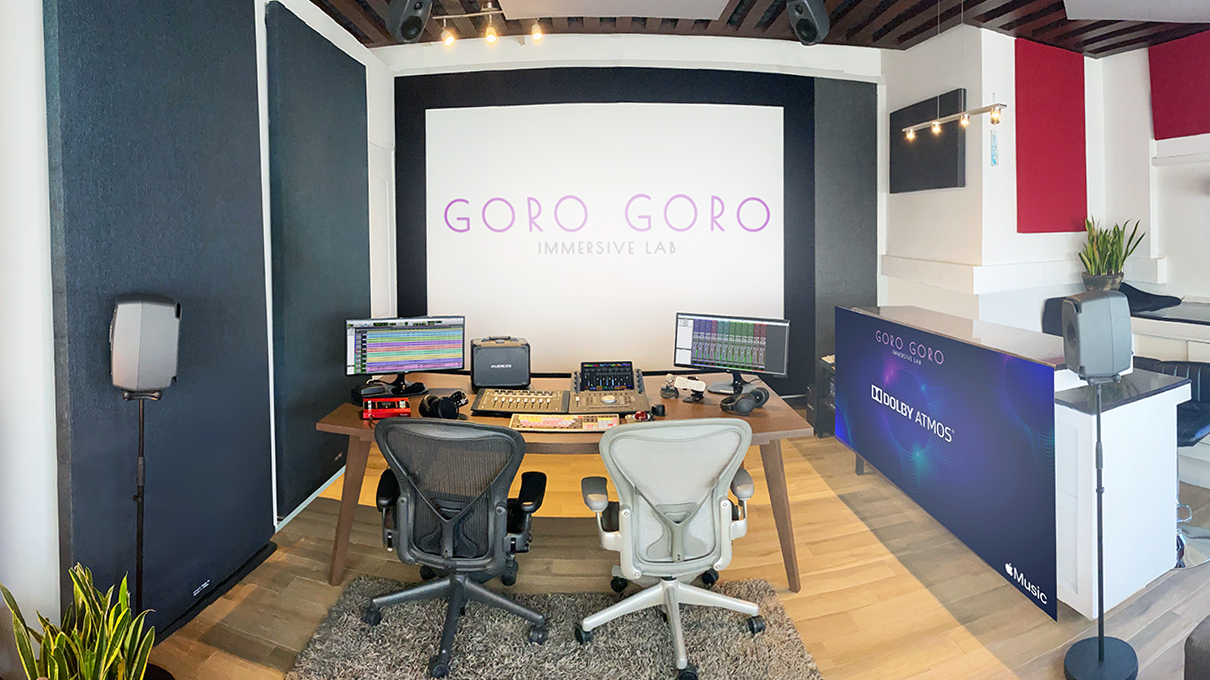 Can you give an overview of the key equipment you use in the studio?

We provide sound design services, we mix in stereo, Dolby Atmos and Ambisonic, and we make pre-mixes for films in 5.1, 7.1 & Dolby Atmos.

Is there a particular immersive format you specialise in?

I've always been curious about trying new technologies and creating new experiences, so I started making binaural mixes in Ambisonics. That led to me mixing in Dolby Atmos and making immersive sound for live performances.

What made you decide to equip your studio for immersive audio work?

In 2018, Daniel Castillo, who's the CEO of 3BH, suggested making our studio ready for Dolby Atmos. We love the sound of Genelec monitors, so we decide to equip our studio with a Dolby Atmos 7.1.4 setup using Genelec Smart Active Monitors. Our studio was designed by both 3BH and Dolby. 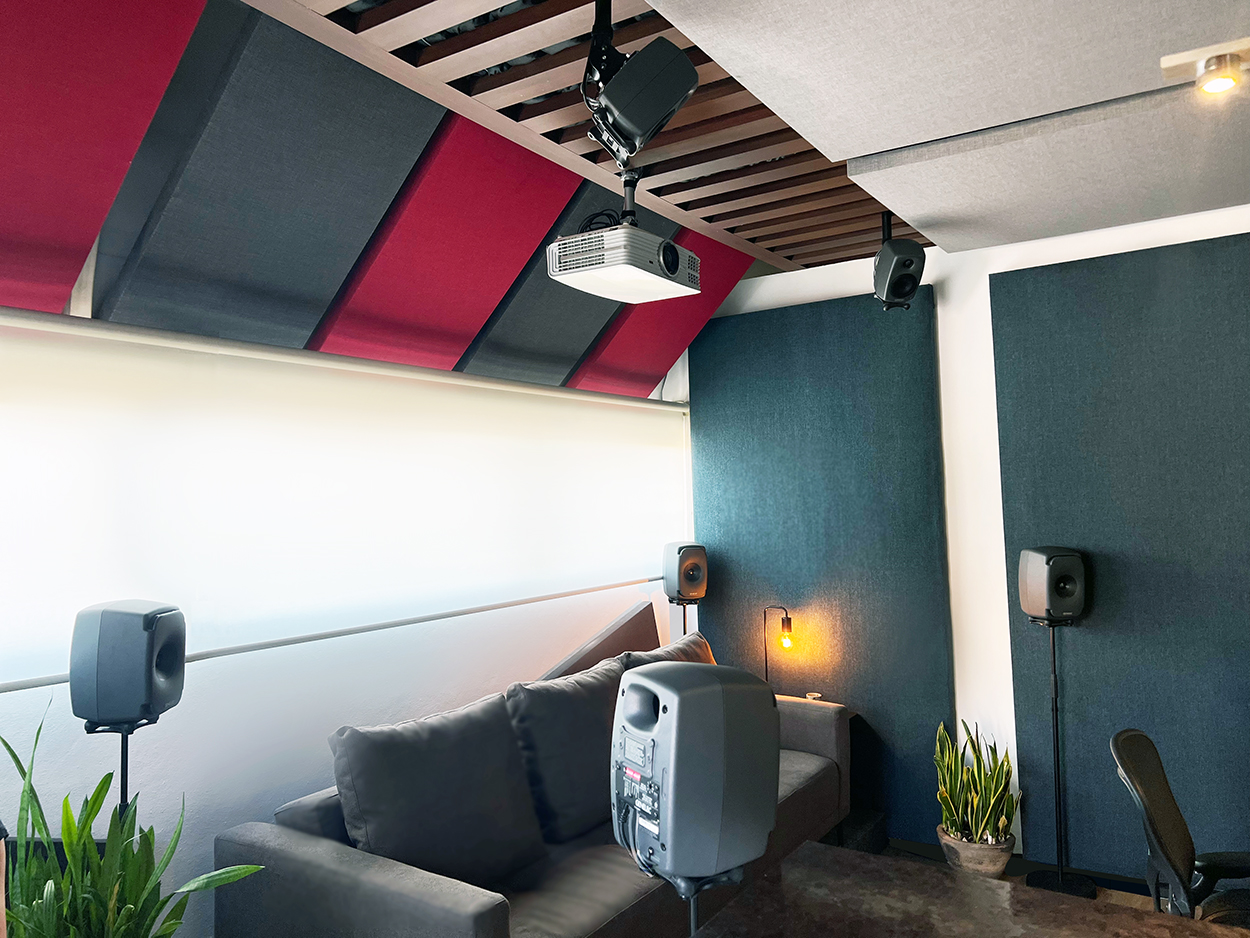 What's been different about working with immersive compared to stereo?

Everything is different! I love to mix immersive sound. For me it's very natural and you can be as daring or conservative as you wish. I have mixed a lot of audiovisual content, and all my clients, artists and producers end up amazed by the immersive experience. The creativity is endless, I just love it!

How would you describe your relationship with Genelec loudspeakers and which ones do you own?

I generally love the sound of Genelec loudspeakers, but when I tried The Ones, I loved Genelec even more! The sense of space that those monitors enable is amazing - their frequency response and clarity make immersive mixing much easier.

The system that we have at Goro Goro Immersive Lab is:

Did you use GLM (Genelec Loudspeaker Manager) to calibrate your system, and can you describe what difference it makes?

Yes, we use GLM 4 to calibrate the studio. I have many years of experience calibrating studios for music and post-production, and I've found GLM 4 to be an excellent tool. It's amazing how you can get a very good equalisation, sound pressure level and many other advantages. Having everything in GLM means that we don't need any separate signal-processing for monitoring.

What immersive projects have you worked on recently, and has immersive work boosted your business?

We've pushed immersive technology for years, so we were innovators in this field when it wasn't popular yet. I feel the decision to build an immersive studio was the best decision we could have made, and now we're living in the great future that we used to only imagine.

What does immersive audio mean for the future?

I see it as the new standard in sound. 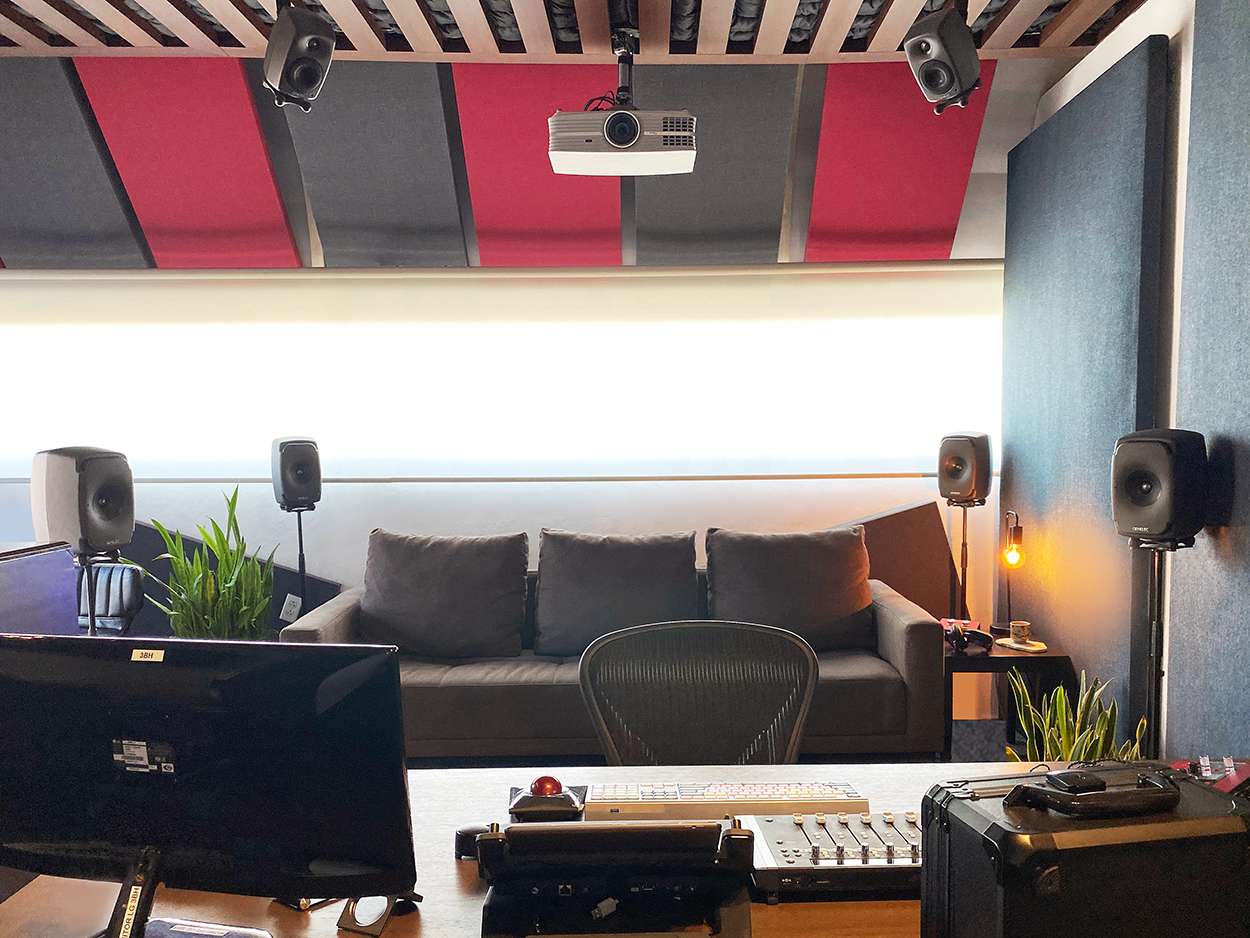 To find out more about Goro Goro, click here