Italy’s state broadcaster RAI has upgraded the music studio at its Fabrizio Frizzi television studios in Rome. The project has seen the studio add new 5.1 surround and stereo systems, based around Genelec’s ‘The Ones’ three-way coaxial Smart Active Monitors.

“This is the centre of production in Rome for TV shows, and the room we have upgraded is for mixing the music for these shows,” explains Gino De Dominicis, Pro Audio product manager and Genelec product specialist at Midiware, the Italian distributor of Genelec’s wide range of professional monitors. “They take the orchestra from the TV shows - it’s just the music they mix - and they broadcast every show that is made in the building in this way.

“They wanted a 5.1 system to mix in surround and a main stereo system in that room,” he continues. “They have to guarantee a high-quality service for the whole country, so we recommended The Ones, which offer very neutral and detailed listening.”

We recommended The Ones, which offer very neutral and detailed listening. 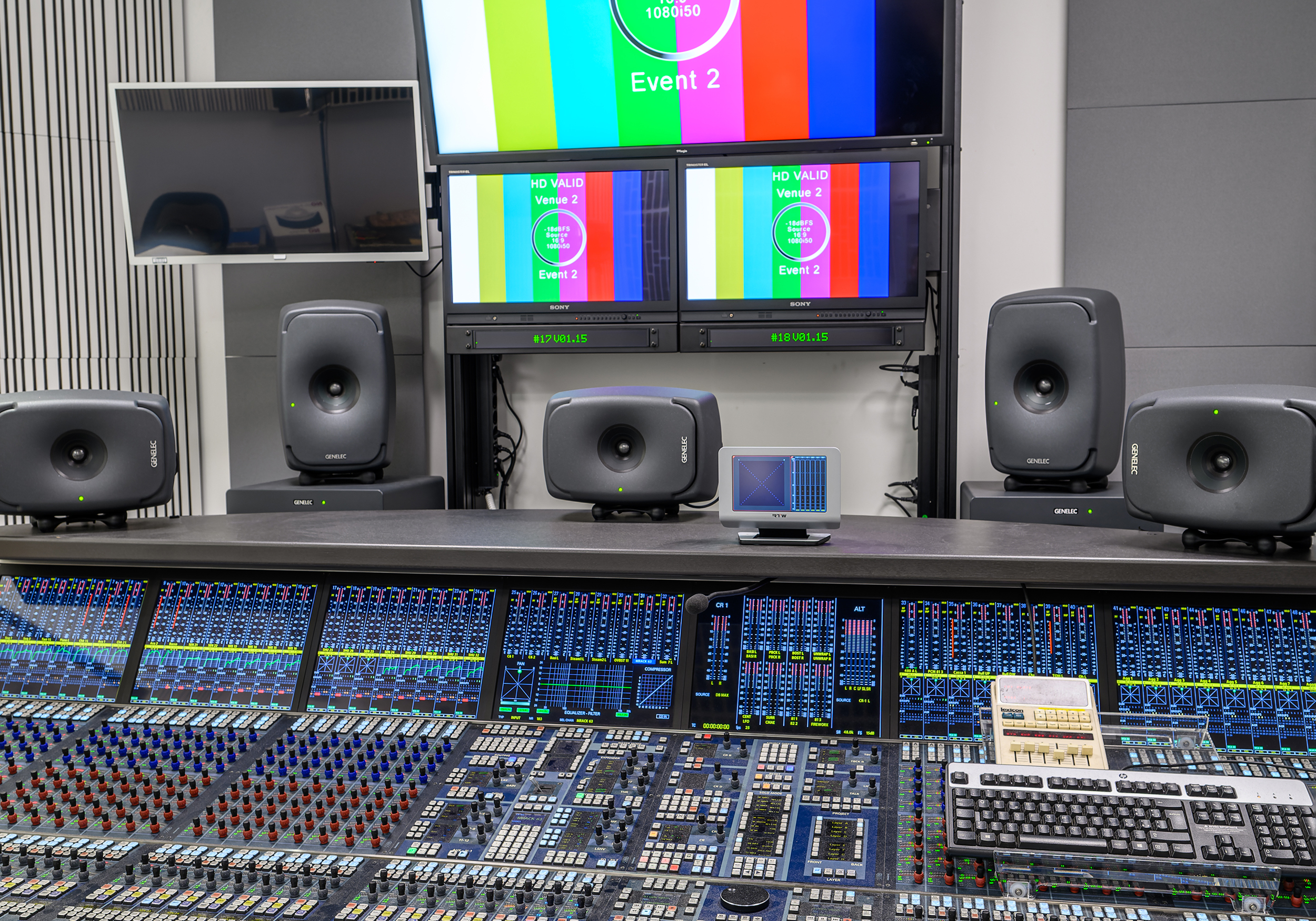 To meet the needs of the broadcaster, Midiware specified two 8351 monitors combined with a pair of W371 Adaptive Woofer Systems for the stereo setup. Meanwhile, the 5.1 surround system consists of five 8341 monitors and a 7370 subwoofer. The room benefits further from acoustic treatment from Artnovion.

“This is a cutting-edge room for RAI, so it had to be The Ones series,” says De Dominicis. “These monitors give RAI a precise and uncoloured listening experience with unprecedented management flexibility.”

By selecting Smart Active Monitors, the broadcaster was able to see further benefits in the room thanks to GLM calibration software. “Everything has been calibrated and checked with GLM 4 software,” states De Dominicis. “I went there to make the final calibration and when they understood the combination of high-quality monitors and the calibration software, they were very happy. We made some adjustments and, in the end, the setup was very convincing for them.”

The ability to change between different calibration setups really helps. 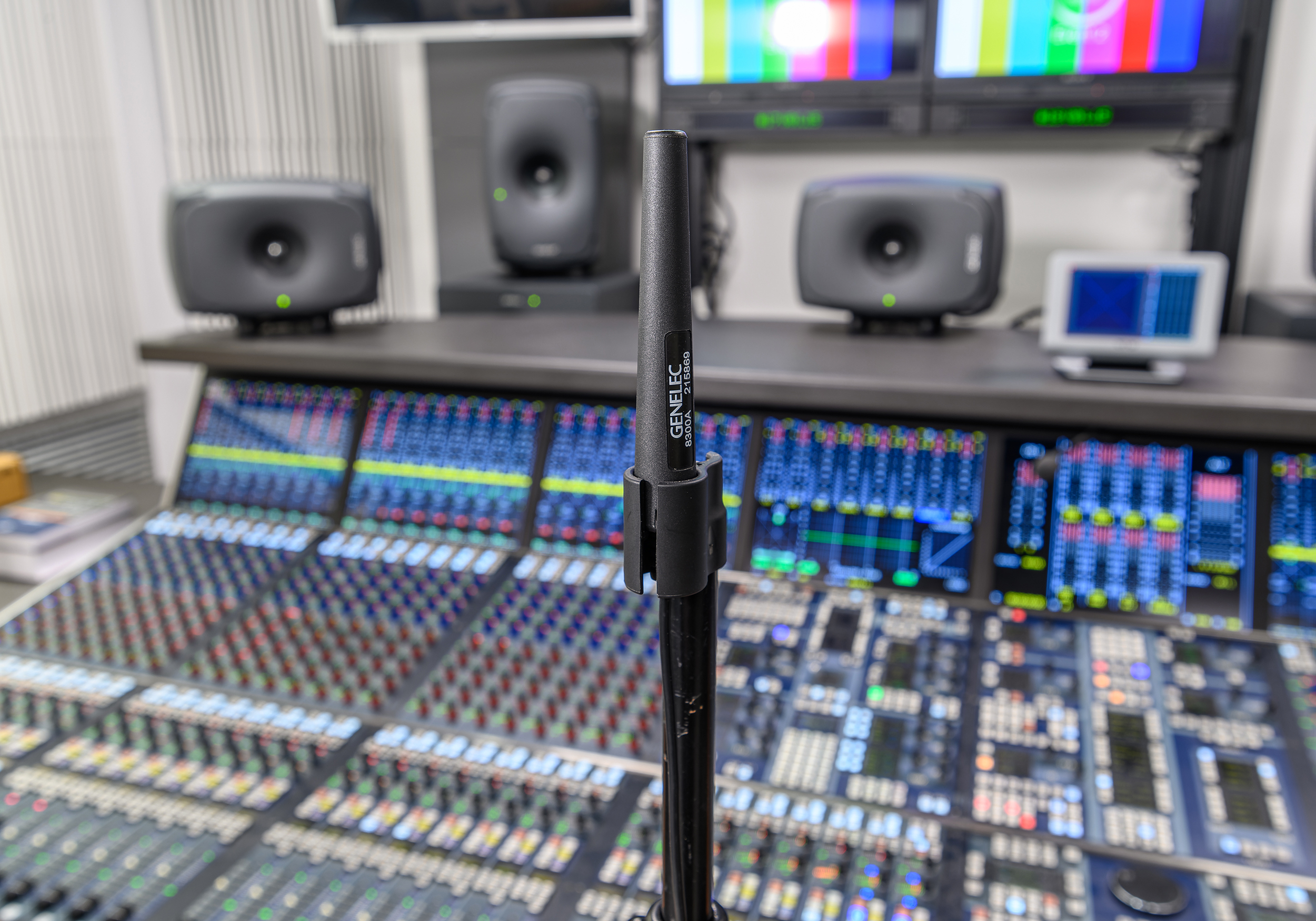 As part of a large broadcast complex, the studio is used every day by a variety of engineers. As such, GLM provided further advantages for the broadcaster. “The ability to change between different calibration setups really helps in this case, because they have several people working there and each engineer can fine-tune everything and recall it in a moment,” explains De Dominicis. “They can switch between the systems with confidence every time. Properly calibrated rooms help engineers to do their jobs better. Not only the quality of the audio from a listening perspective, but the features and the tools you have inside GLM allow you to work better in a professional studio like this.”

The fully calibrated studio has proved popular with RAI’s management and the engineers who have experienced the space. “The RAI managers who followed the whole project declared themselves very satisfied with the final result,” says De Dominicis. “Everyone now wants to mix there and have their Genelec monitors properly calibrated.”

Perhaps most importantly though, this project looks to have inspired RAI to upgrade further facilities. “All of the other engineers who have passed through the room and heard the system now want to have the same setup as well,” reveals De Dominicis. “After this room, we have had three further requests from big production centres for RAI in the north of Italy to have the same system or even better!” 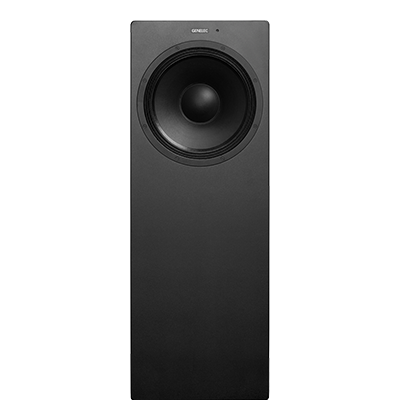