Tenderdyn Arts Relies On Genelec as It Ramps Up Immersive Production

Tenderdyn Arts Relies On Genelec as It Ramps Up Immersive Production

Denver-area facility has upgraded its main control room for 7.1.4 monitoring using Genelec 8341A speakers as the L-C-R array and Genelec 8330A speakers for left and right rear and side surrounds and four overhead, with a pair of Genelec 7360A subwoofers.

Tenderdyn Arts is a facility where technology and content are interwoven. Located in the Denver suburb of Castle Rock, Tenderdyn Arts’ recording studio has made itself home to recordings and performances by world-renowned artists such as Akademia Music Award Jazz Artist of the Year Louis Colaiannia, and pianist Lara Downes (Classical Woman of the Year for 2022), while its InStudioNow series creates videos of interviews with those talented and committed artists for release with their music for a multi-media audience. In August 2020, the studio made the leap into immersive sound, and it chose Genelec as the foundation for its monitoring. After outfitting its video post-production and media studio with a small prototypical 7.1.4 speaker arrangement as proof of concept, Tenderdyn Arts founder and owner Tad Wheeler moved to upgrade the main studio’s control room to a full Dolby Atmos®-compatible system. Three Genelec 8341A speakers comprise the L-C-R array; four Genelec 8330A speakers are used for left and right rear and side surrounds and four more for the overhead array. A pair of Genelec 7360A subwoofers using the same LFE feed complete the monitoring array.

“I talked extensively with other studio owners in Los Angeles, New York, Nashville and elsewhere about implementing immersive sound, and it seemed like the way to go, especially for the work that we specialize in,” Wheeler explains. In fact, within months Tenderdyn Arts had developed a reputation as an immersive go-to destination. In October of that year, the first immersive recording and mix done there, Mark D’Ambrosio’s Bird of Paradise LP, was released. Tenderdyn Arts has continued to work in immersive music and video since then including working with Jorge Elbrecht on the immersive release of Japanese Breakfast’s Jubilee LP – nominated at this year’s GRAMMY® Awards. Most recently, Gerry "The Gov" Brown and Bobby Campbell have been working on John Legend's back catalog at Tenderdyn Arts and are excited to bring in more artists/projects moving forward. 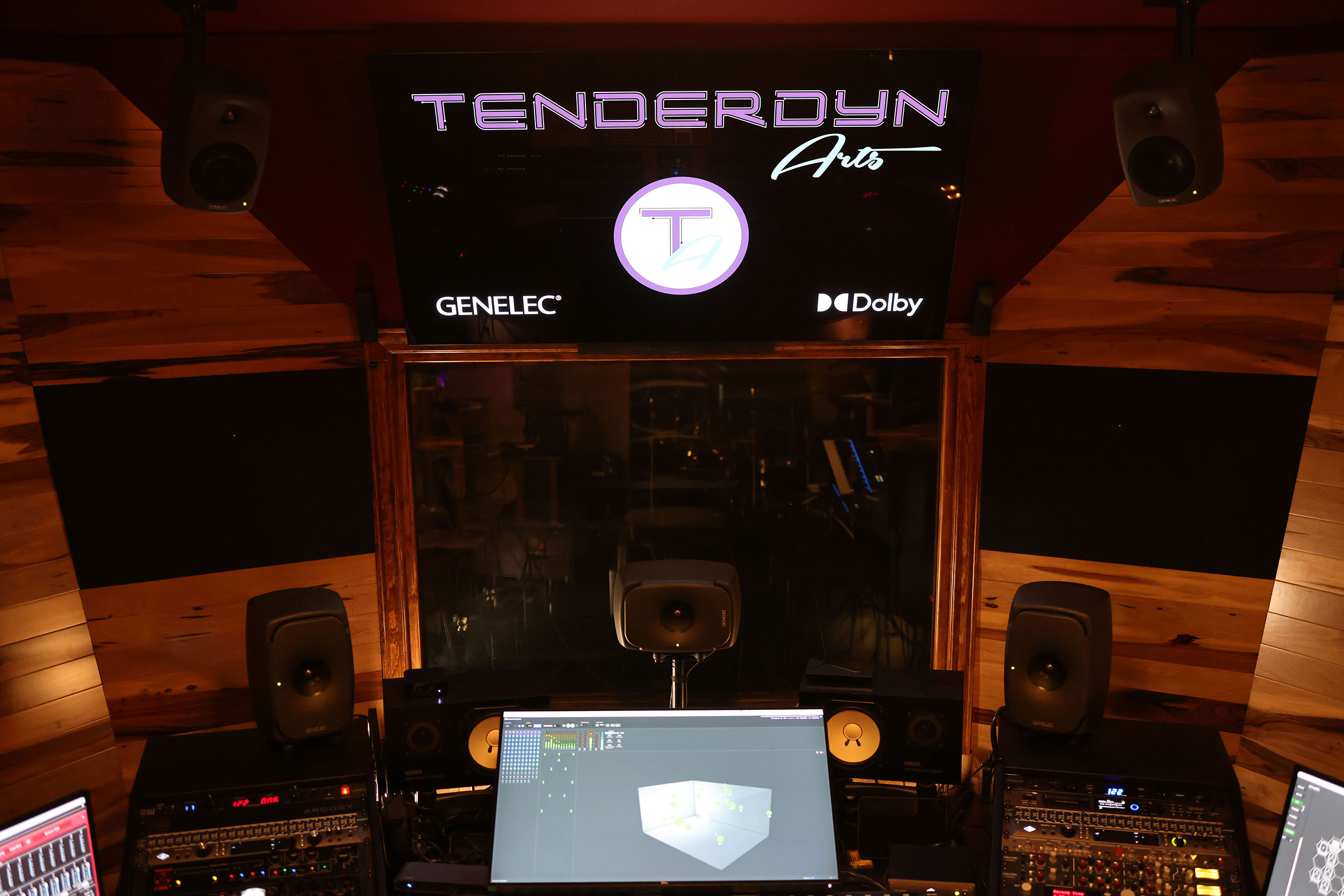 Jorge Elbrecht remarked, "The acoustics at Tenderdyn Arts were so balanced, and the facility dialed in so well that the resulting mixes needed very little revising to get absolutely perfect--a seamless and enjoyable transition into Dolby Atmos mixing for me.”

Bobby Campbell noted, “Mixing in Dolby Atmos at Tenderdyn has been a great learning experience as well as proving to translate in other Dolby listening environments all the way down to the Binaural headphone rendering. Thanks to Tad's rock-solid room design, paired with the speaker calibration, we are able to have an enjoyable mixing process with extremely professional results.”

Wheeler credits Genelec Inc. Senior Technical Sales Manager Paul Stewart for helping refine the layout of his immersive monitoring array, using Genelec’s GLM loudspeaker calibration software. The new Genelec monitoring has been both effective and accurate. “I’ve been able to help other engineers in the area learn about immersive sound as a result of the having the Genelec system here, and Bobby Campbell, who is mixing the John Legend tracks, commented on how well they translated here,” he says. “Genelec speakers are amazing under any circumstances, but for immersive music they are unsurpassed.”

Wheeler is currently assisting Bobby Campbell in the creation of a new facility, an 1,800 square-foot studio in the Denver Tech Center that will house two Atmos-equipped studios modeled on his current control room’s dimensions, and which will also be used to train engineers and producers in the immersive arts. Wheeler says he’s looking forward to having Genelec monitoring in that facility as well, when it opens as planned later this year. “Putting the Genelecs in the current studio has already changed everything, and the reaction to them has been fantastic,” he says. “Artists come in to work, they hear it, and then they threaten not to leave!” 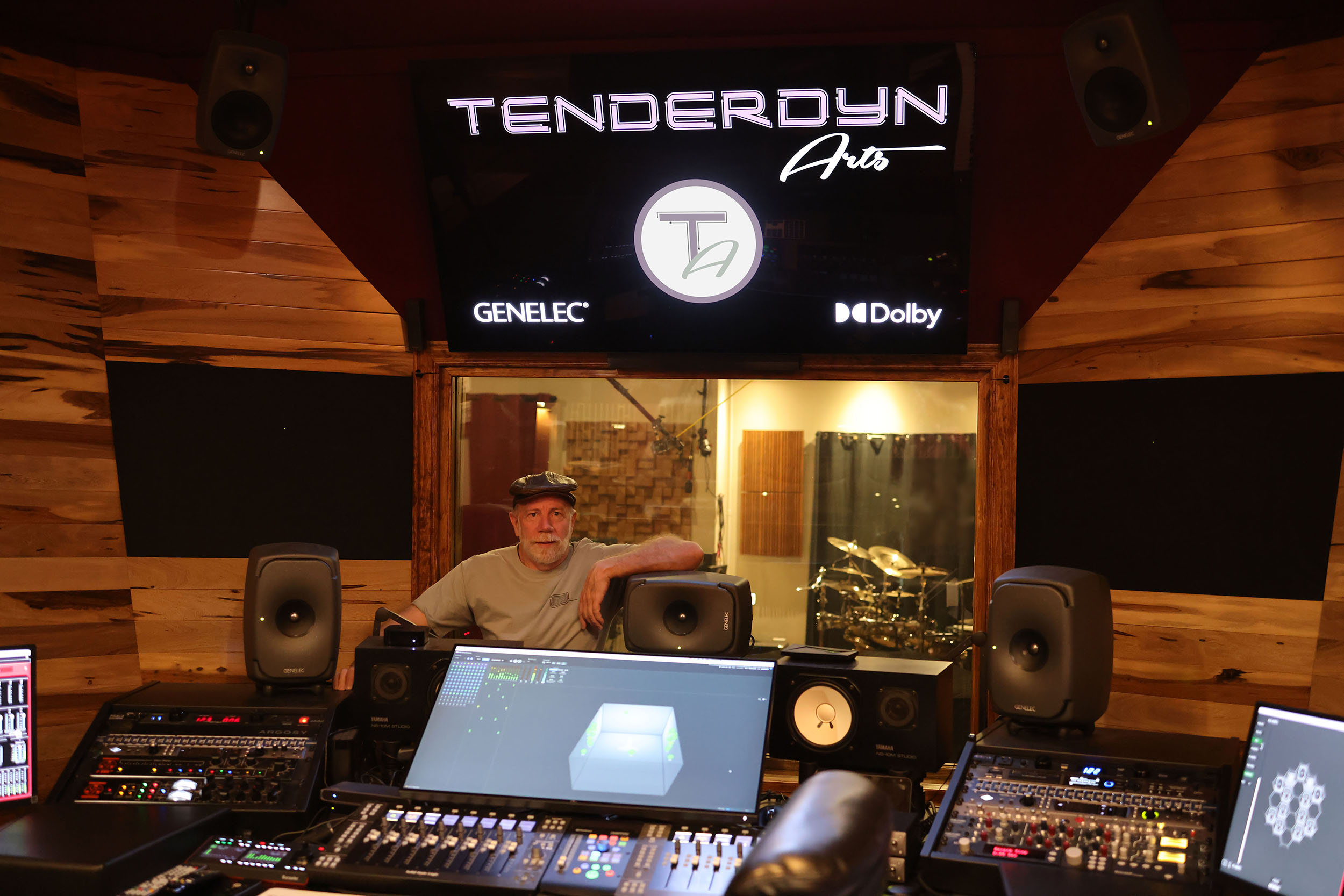