A new Story restaurant was opened as part of Kortteli, a group of high class restaurants and shops on the top floor of Finland’s busiest shopping centre.

The first Story café/restaurant was opened in 2014 at the Old Market Hall of Helsinki, with the aim of turning the beautiful building into a lively social dining space for locals and tourists alike. Restaurant owner Anders Westerholm and his business partner Matti Sarkkinen teamed up with star chefs Teemu Aura and Markus Huskainen to make sure the food would be outstanding. Story provides what it calls ‘market hall food’, made with fresh, locally sourced ingredients prepared on site in the in-house kitchen. With no shortcuts or compromises made on quality or service, the restaurant quickly established itself as a popular eating establishment. 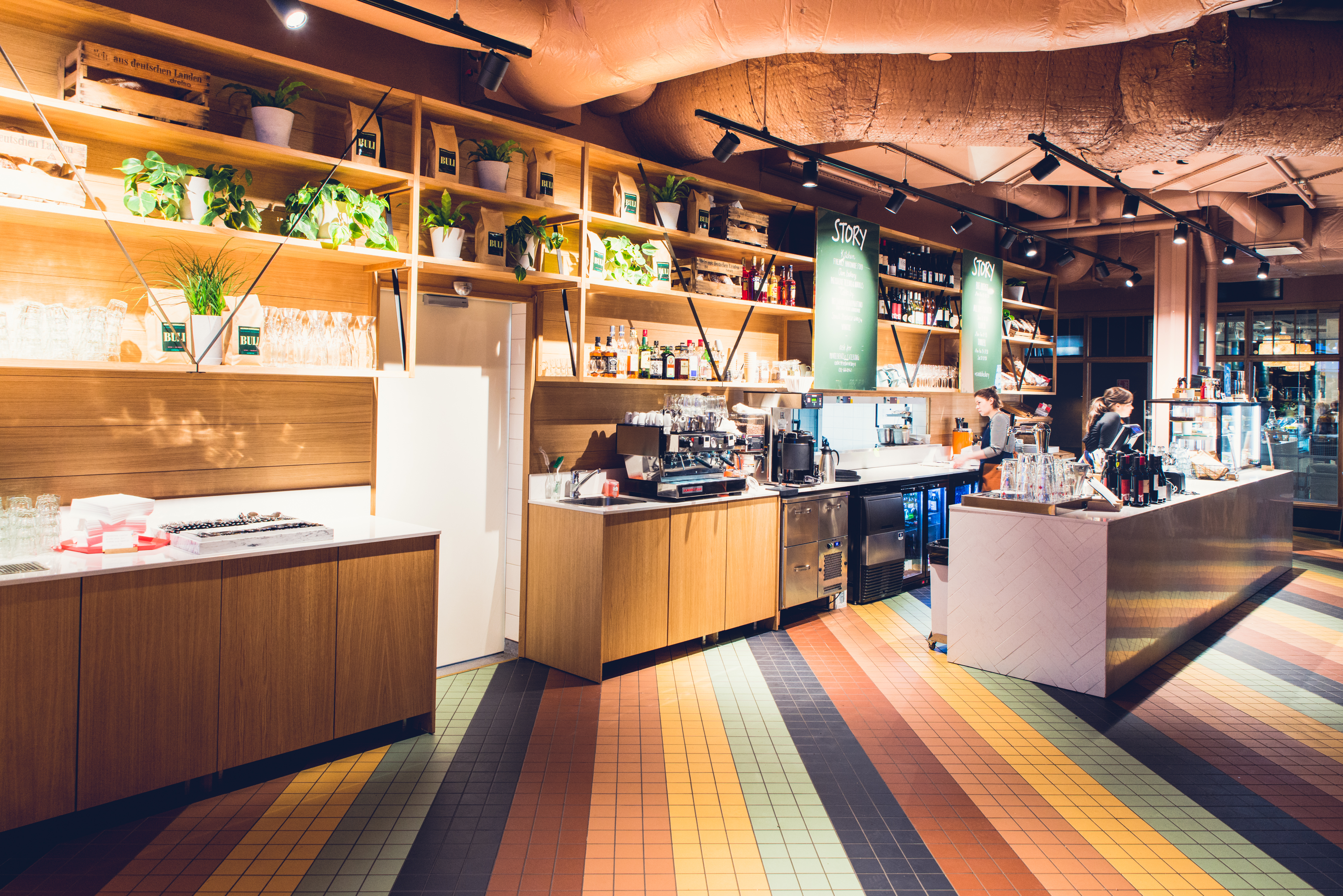 Following a successful period, a new Story restaurant was opened as part of Kortteli, a group of high class restaurants and shops on the top floor of Finland’s busiest shopping centre. The new larger restaurant makes use of Genelec’s 4000 Series to provide superb reliable audio performance day in and day out.

Anders Westerholm is originally known from the Finnish rap crew Kapasiteettiyksikkö. After his career as an artist he went into the restaurant business. He is now one of the partners in We Are Group, a company which owns a portfolio of restaurants in Finland, primarily in Helsinki area. “I used to be a rapper and I still am active in the music industry via my record label Rähinä Records and artist agency Rähinä Live,” said Anders. “This has helped me to understand the value of music played in restaurants. This also has provided me with the insight of the value of the right equipment. Genelec is truly an inspiring story – pun intended! It is fantastic that we have such a legendary company in Finland, and I respect their understanding of design – which is of course important when planning restaurants.” 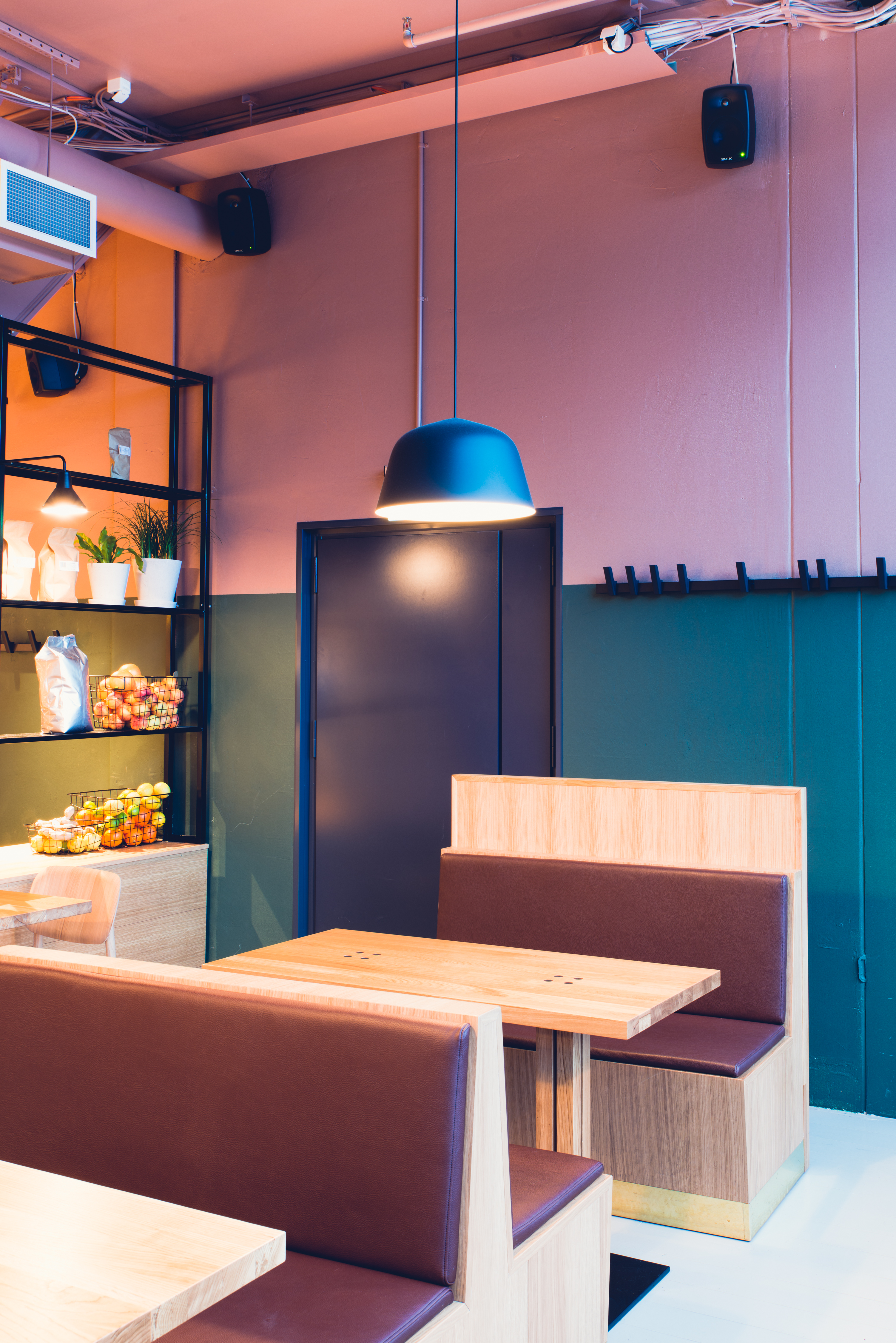 Story has 10 pieces of Genelec 4030B loudspeakers installed which are mounted with 8000-422 wall mounts. The compact Genelec 4030B installation speaker is a powerful system ideal for small to midsized commercial installations, and they deliver precise audio performance and excellent clarity, even at low volumes. Genelec’s Directivity Control Waveguide (DCW™) ensures the loudspeakers deliver flat onand off-axis response for a wider usable listening area in the restaurant. Anders has also used Genelec speakers in his other restaurants, including Sushibar + Wine and OX in Helsinki. 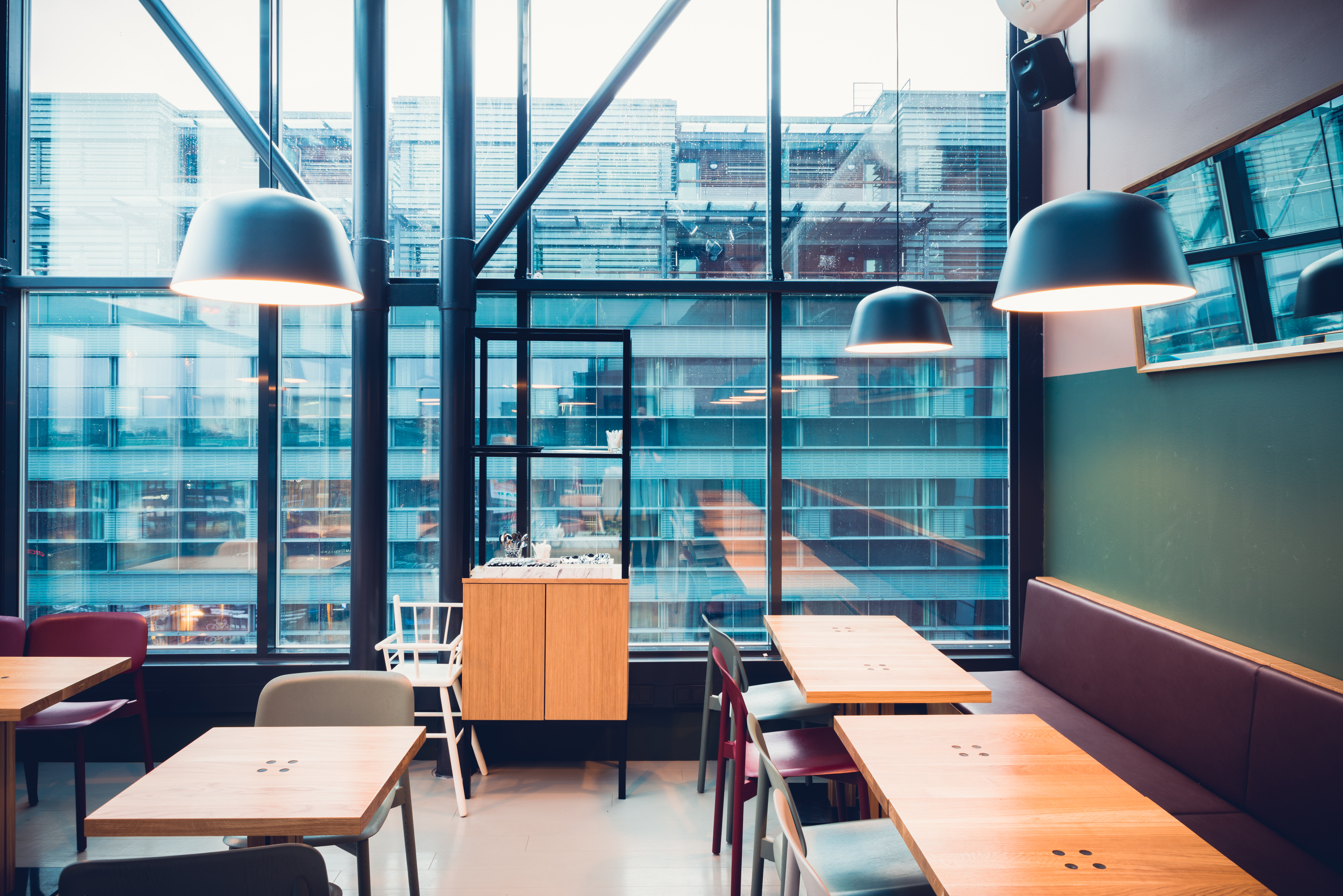 “In the Old Market Hall we have only 50 customer seats and we didn’t do dinners as the premises closes at 6pm. The new Story Kortteli is over twice as big and serves people from morning until late evening. We have more than a thousand customers on a busy day and still the quality and atmosphere has to be solid each and every time. The ambiance plays a big role in keeping the customer satisfaction high, and that includes well designed background music. We tackled this challenge by having the right team and relying on the right partners – like Genelec. The atmosphere of the restaurant changes from breakfast till lunch and dinner. We have designed different playlists for all times and the high quality of Genelec loudspeakers make sure that the sound is delivered smoothly."