I mainly look after Genelec’s business in Western Europe from my base in Sweden where I’m married and have two children, two grandchildren and many guitars and synthesisers.

I’ve always had a deep passion for music, sound and technology, and those three key topics - all connected yet quite independent - have been guiding stars during my exploration of life. I said to myself at a very early stage that “you’ll definitely need to work, so find a profession you’re passionate about and your work will be a joy instead of a financial necessity.” So that’s what I did.

To be honest, representing Genelec’s products, which I love and use myself, and standing behind our brand philosophy, is not difficult at all - and the opposite scenario would be extremely tough for me. Some people say that “real salespeople can sell anything", and if that’s the case, then perhaps I’m not a 'real salesperson' at all, because for me, sales is about being genuine, honest, and joyful. I’ve left positions in the past when it wasn’t possible to fulfil those criteria, because I didn’t believe in the value of what I was selling. 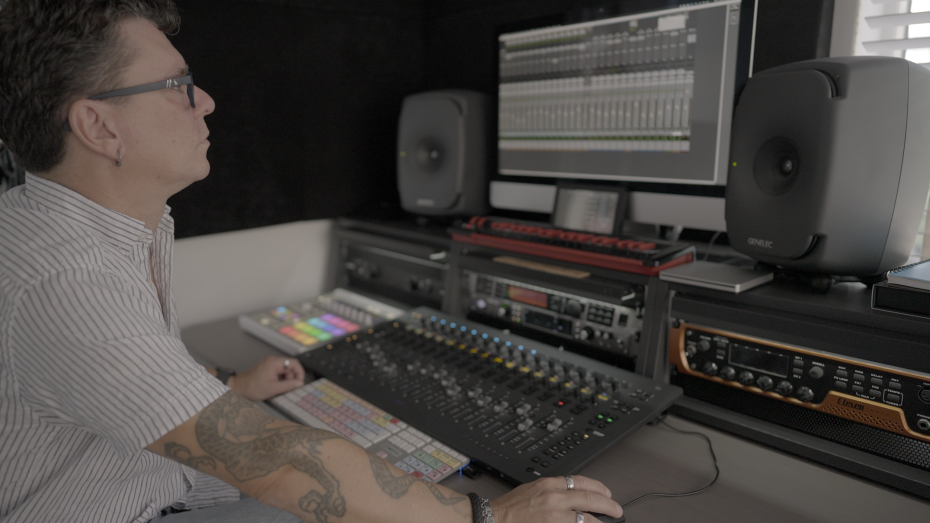 In a way, you could say I have two chapters with Genelec. The first one started as I entered the audio industry in 1994, when Jarmo Masko from the Swedish distributor Studioteknik hired me to look after regional M.I sales. Jarmo believed in me, and he gave me the chance I needed to get into my lifelong profession. He was my first mentor in this industry, and I learned from him with great enthusiasm and respect. Studioteknik (later renamed TTS) represented Genelec in Sweden at the time, so this was my first real encounter with Genelec’s brand, philosophy, and people. I remember meeting Ilpo Martikainen, Ari Varla, Lars-Olof Janflod, and later Christophe Anet, all of whom were - or are - extremely dedicated to technology, physics and acoustics. Their special expertise helped to pique my interest in Genelec, because the company is so much more than just sales figures.

Fast forward many years through valuable experiences working for multiple audio dealers, audio distributors and audio manufacturers, and my second chapter with Genelec begins in late 2017. The very same Jarmo, who was now a long-time Genelec employee himself, believed in me once again, and brought me into Genelec’s team. He was planning to retire and wanted to take me under his wing, allowing him to gradually hand many of his duties over to me. When he told me about this, it felt like closing a loop and putting the old band back together again. After 25 years of looking up to Jarmo, I took on his role with great pride, and it felt special to have his full blessing and guidance as a mentor once again.

Music has been an instrumental part of my life ever since I was a kid. I always dreamt of playing and making music, but in my early years I also developed a deep interest in the reasons why things sound the way they do and how sounds are created from scratch. For 35 years, I’ve been involved in everything from metal to synthwave, and the creative processes I’ve learned have continually inspired me in daily life. I’ve been fortunate enough to make, create and perform both my own and others’ music, eventually touring the world and playing on many of the biggest stages. 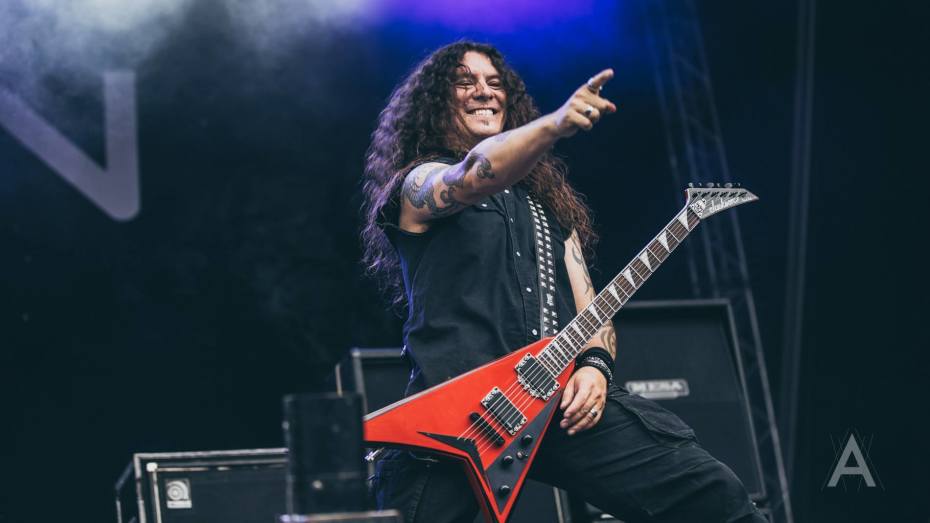 As well as enjoying those musical experiences, I also feel they’ve helped me to understand the customers I work with, partly because I often find myself in their position. I use the products I represent, including my own music, which I often listen to, because I make the kind of music I enjoy! I bought my first Genelec loudspeakers in 1996 (a pair of 1030AMs), and had them until late 2017 when I upgraded to 8341A The Ones Smart Active Monitors. That means my first Genelecs were in use for over 20 years, which is a common story for our brand, and that really shows our loudspeakers’ value in terms of sustainability. My upgrade to a more modern system made with sustainable recycled aluminium, was a logical step for me, and I even bought them before I knew I’d join the company!

Speaking of sustainability, I have a big personal interest in the subject and how it’s now the ultimate topic that unites us all. It’s an idea that’s grown on me over time, which was first brought to my attention by my wife’s interest in growing her own vegetables. My curiosity about sustainability has turned into a passion for action, which has become a part of my everyday life. The most important thing to adapt is your mindset; it starts with the right mindset, and the rest follows automatically. Think about what you can do, and avoid comparing yourself to others, as we all have different possibilities. It’s important to encourage every positive step that people make, rather than criticising inaction. I’m sure that ultimately, it all comes down to people’s level of knowledge. I don’t believe anyone truly has the attitude that they don’t care, I simply think that a lot of people don’t realise what they’re capable of, how much difference they can make and finally, how urgently their action is needed. If every person realised these things, I believe a large proportion of them would start acting today.

Me and my wife produce electricity ourselves, we only drive electric cars, we produce our own vegetables and have chickens that provide us with eggs, we sort every piece of waste, we focus on organic and locally grown food as much as possible and we find other new ways to improve our sustainability all the time. In the end, it becomes a lifestyle and a mindset that drives new priorities. I encourage you to find any way that’s within your means to help reduce, reuse and recycle, and put it into action. 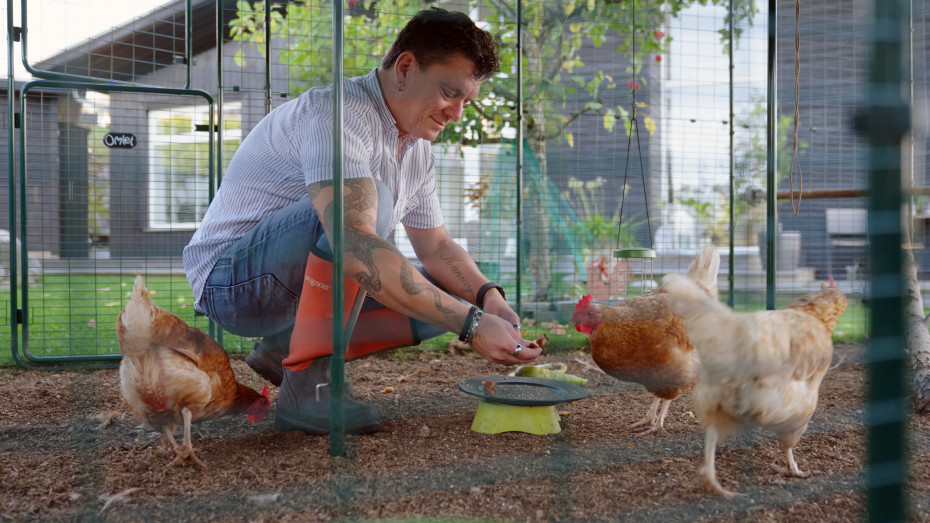 I’m extremely proud to be with an organisation that considers sustainability to be as important as revenue and sound quality. To me, that’s a sign of a company that’s come very far and realised that when sustainability is done correctly, it’s often profitable and always worthwhile. I feel this is something extraordinary about Genelec, but it’s also incredible that it’s been that way from the very beginning, long before sustainability became a hot topic. Genelec’s environmental efforts are authentic!

Personally, I think you’ll thrive when you’re aligned and together with people of a similar mindset, and that the feeling of successfully making a difference is perhaps the best reward of all.

Greetings from a colleague:

Michael! When you joined Genelec and the International sales team, I only knew you by name and the great things I’d heard about you from our mutual friend Anders Glantz.

Over nearly five years, I’ve come to know you as a truly passionate and driven business professional with a big heart - one that beats for many things - including family, friends, music, sustainability and the joy of life. I also know you for your beautiful Hedlandet garden where chickens and ducks share the sunshine with an array of solar panels.

Thanks, Michael, for the many hours of brainstorming and negotiating in the quest of developing everything we do. I really value our cooperation!