The Genelec 1038A is a three-way active monitoring system including loudspeaker drivers, speaker enclosure, multiple power amplifiers and active, low signal level crossovers. Designed for medium sized control rooms this system is ideal for project studios, film and video post-production and broadcast monitoring. CD mastering is also tailored for, where broad bandwidth, high SPL's and extended low frequency response are essential. The 1038A is designed to perform well both as a free-standing monitor and flush mounted into the control room wall.

The unique Directivity Control Waveguide ™ (DCW ™) Technology used provides excellent stereo imaging and frequency balance even in difficult acoustic environments. Versatile crossover controls allow for precise matching of the speaker system to different acoustic conditions. The system can be used both in vertical and horizontal orientation by simply rotating the DCW unit.

The system is very easy to use as only mains power and input signal are needed.

A rack mount adapter is available so that the amplifier section can be positioned separately from the cabinet when soffit mounting. This allows for better & easier amplifier cooling and easier access to the Tone Control DIP switches during in-room system calibration. 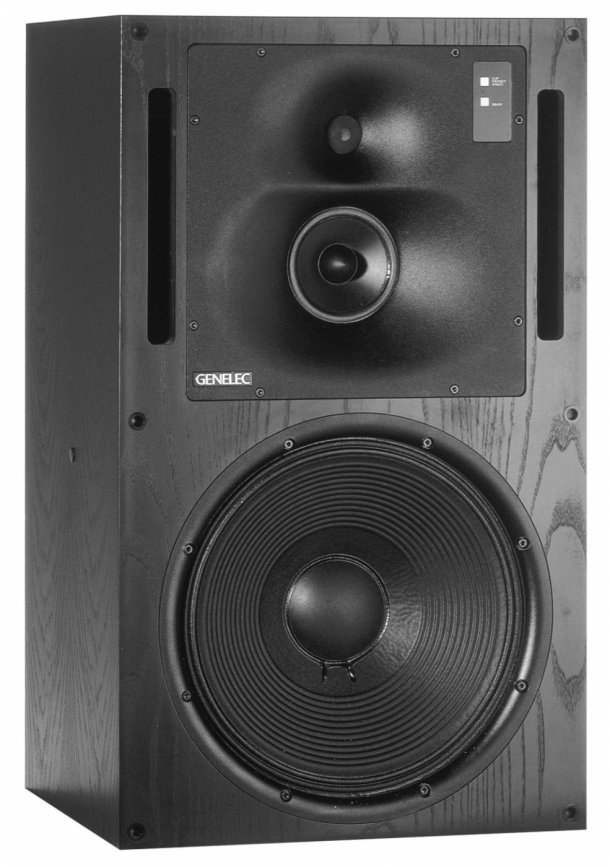 Genelec 1038A studio monitor was awarded a TEC (Technical Excellence and Creativity) Award 1993 in the category of Studio Monitor Technology.