Cederquist is a top-ranked independent Swedish law firm, regarded as one of the leading specialist business law firms in the Swedish market. With over 150 employees including 95 lawyers, Cederquist occupies over 3000 sqm in the beautiful Blasieholmen district of Stockholm. The company recently commissioned award-winning architecture and interior design firm, Studio Stockholm, along with architectural lighting designers, Node Ljusdesign, and Genelec integration partner, JML-System, to create a space that would function efficiently as an office yet feel like a welcoming living space. A variety of Genelec AV speakers were selected as an integral part of the solution. 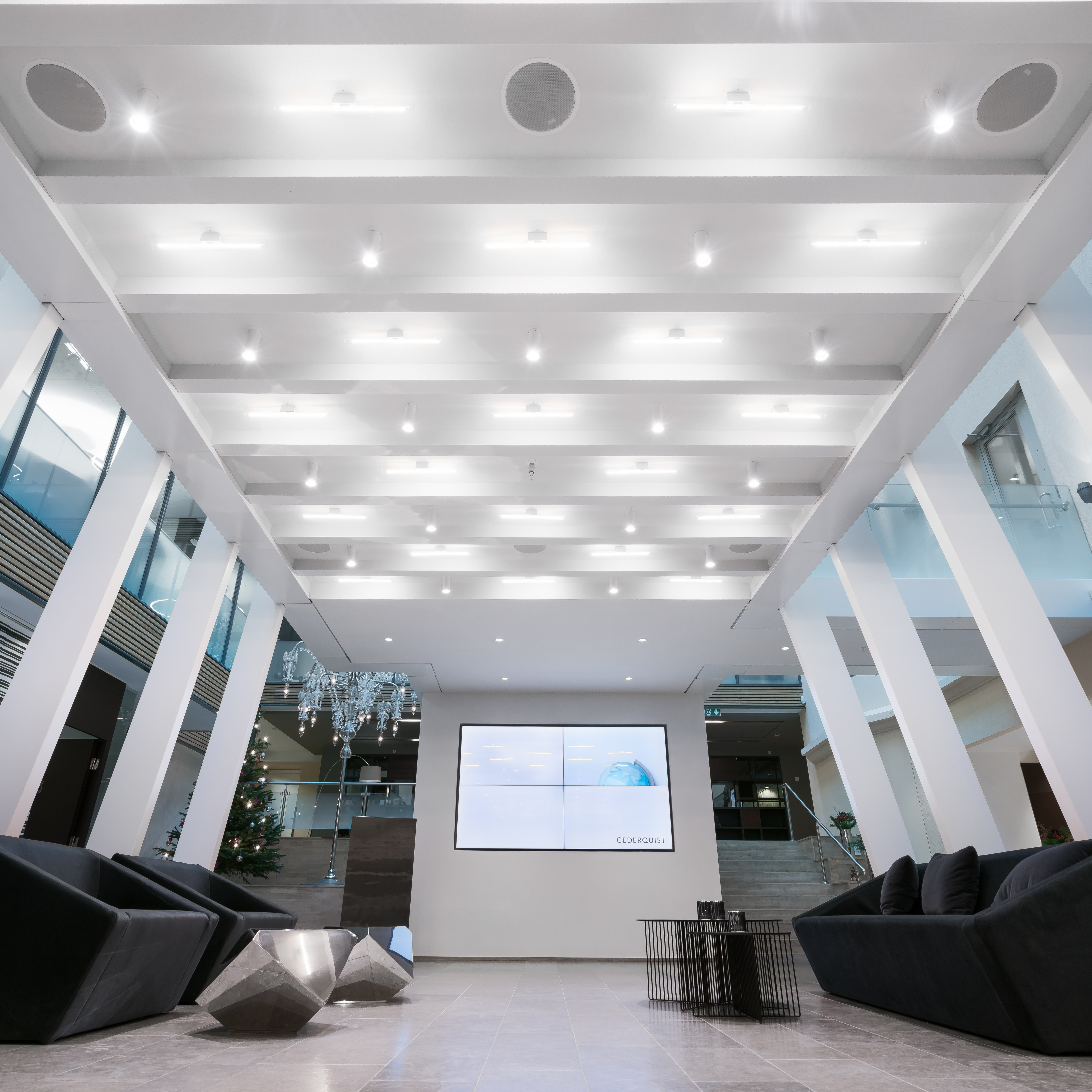 According to JML-System’s Andreas Savela, who project-managed the Cederquist installation, one of the biggest challenges was finding a loudspeaker – or range of loudspeakers – capable of managing acoustically challenging environments born of strong design language using lots of natural (often reflective) materials such as polished concrete, glass, marble etc. “Studio Stockholm has created an amazing space,” commented Savela. “It was our job to make it sound as good as it looks whilst remaining in harmony with the design ethic. Genelec made our job relatively straightforward thanks to the superlative quality of their products, a wide product portfolio including lots of accessories and mounting options, and excellent responsiveness to our client’s needs.” 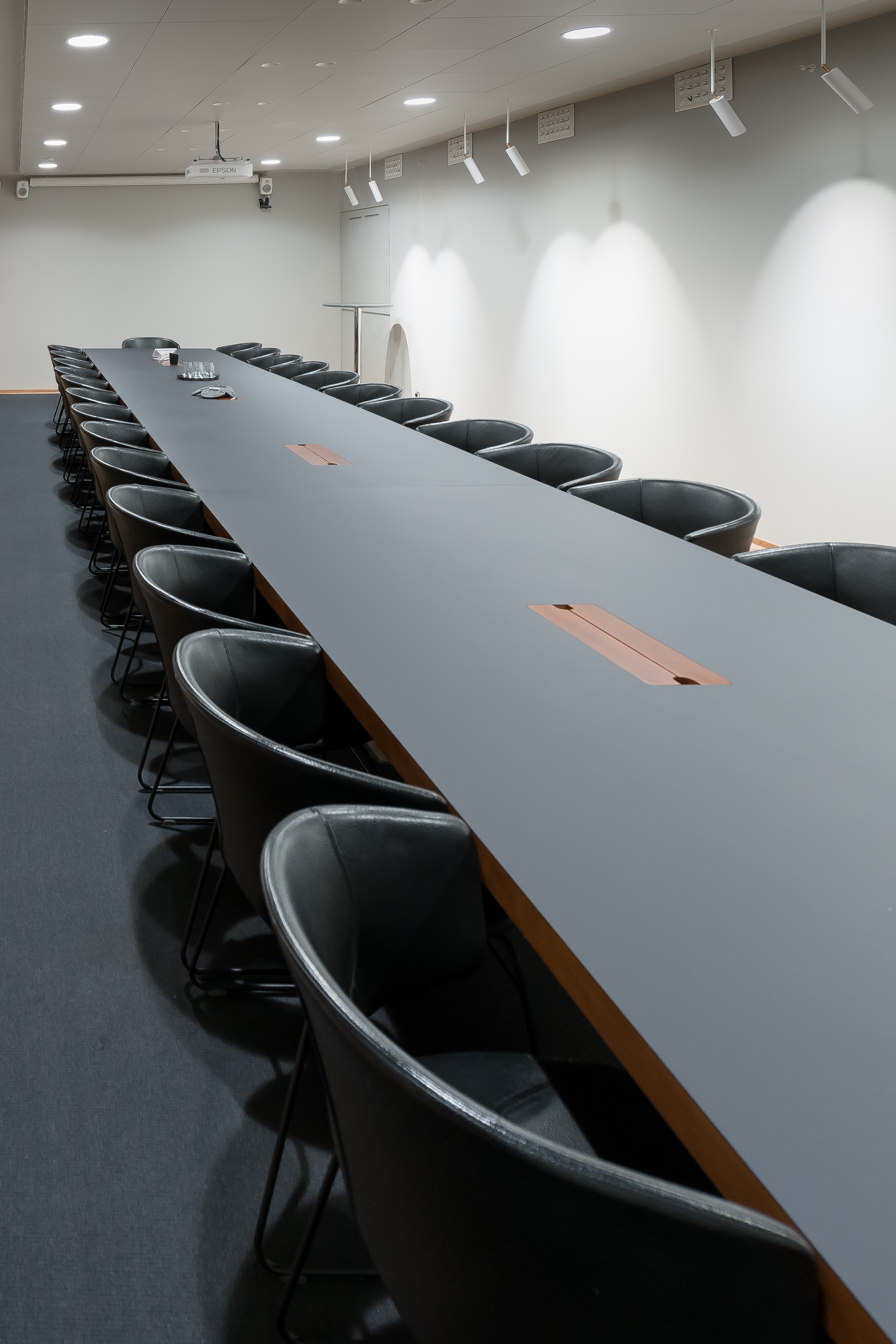 One of the principal areas requiring a sound solution was the large central atrium – a vast space with a soaring glass roof and an architectural asymmetric ‘ribcage’ structure that plays host to a presentation/reception area for up to 100 or more people. “We needed to be able to fill this area with big, clear sound, but there was no space for subwoofers and the space behind the wall was extremely limited,” Savela explained. “However, the ribcage structure contains a ceiling as it actually spans at least two floors, so we solved the problem by installing twelve AIC25 in-ceiling speakers in four rows of three speakers each. Thanks to the fantastic bass response of the AIC25s, this was sufficient to provide excellent coverage and detailed sound throughout the area, even against high levels of background noise and reverberation from the surrounding areas.” 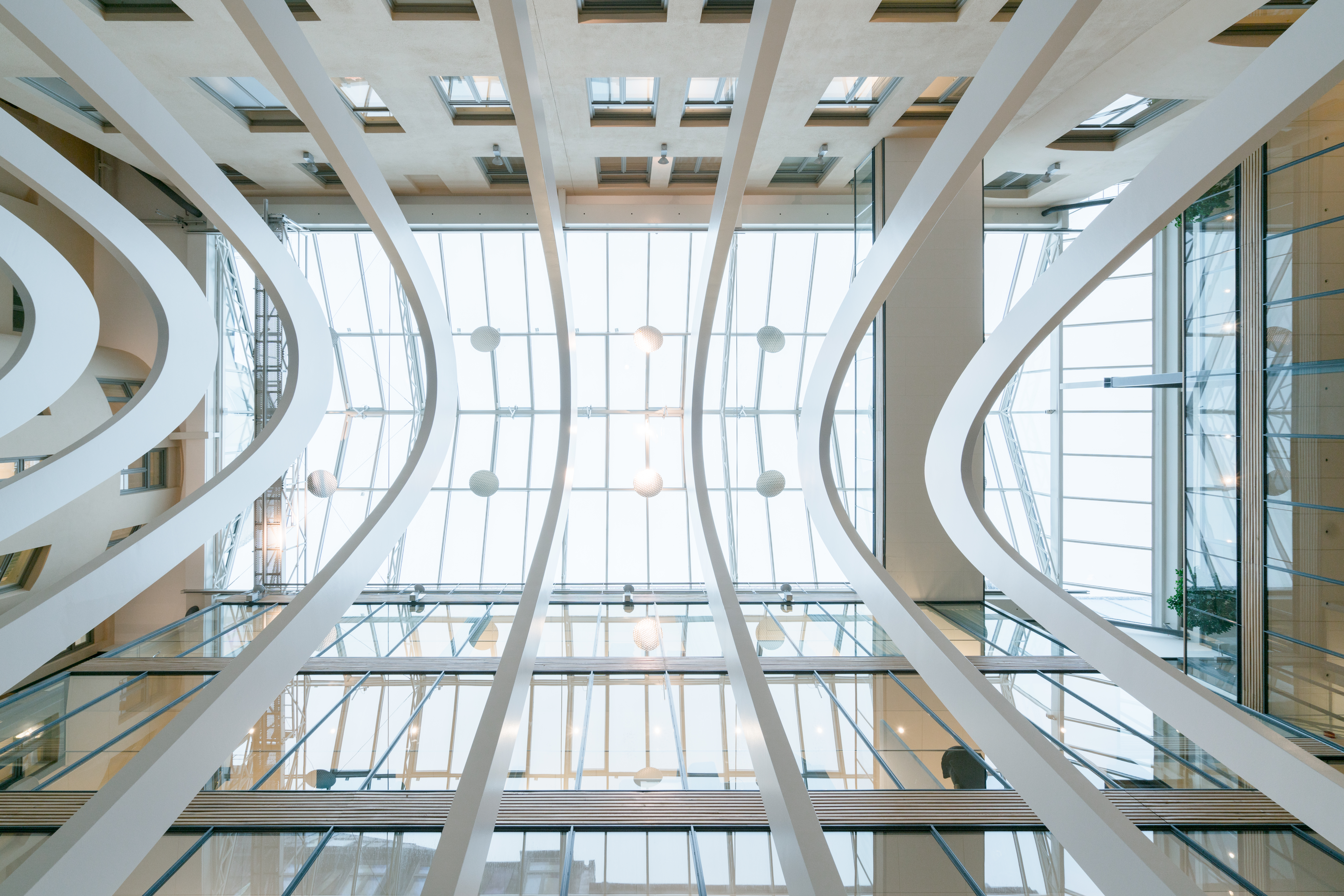 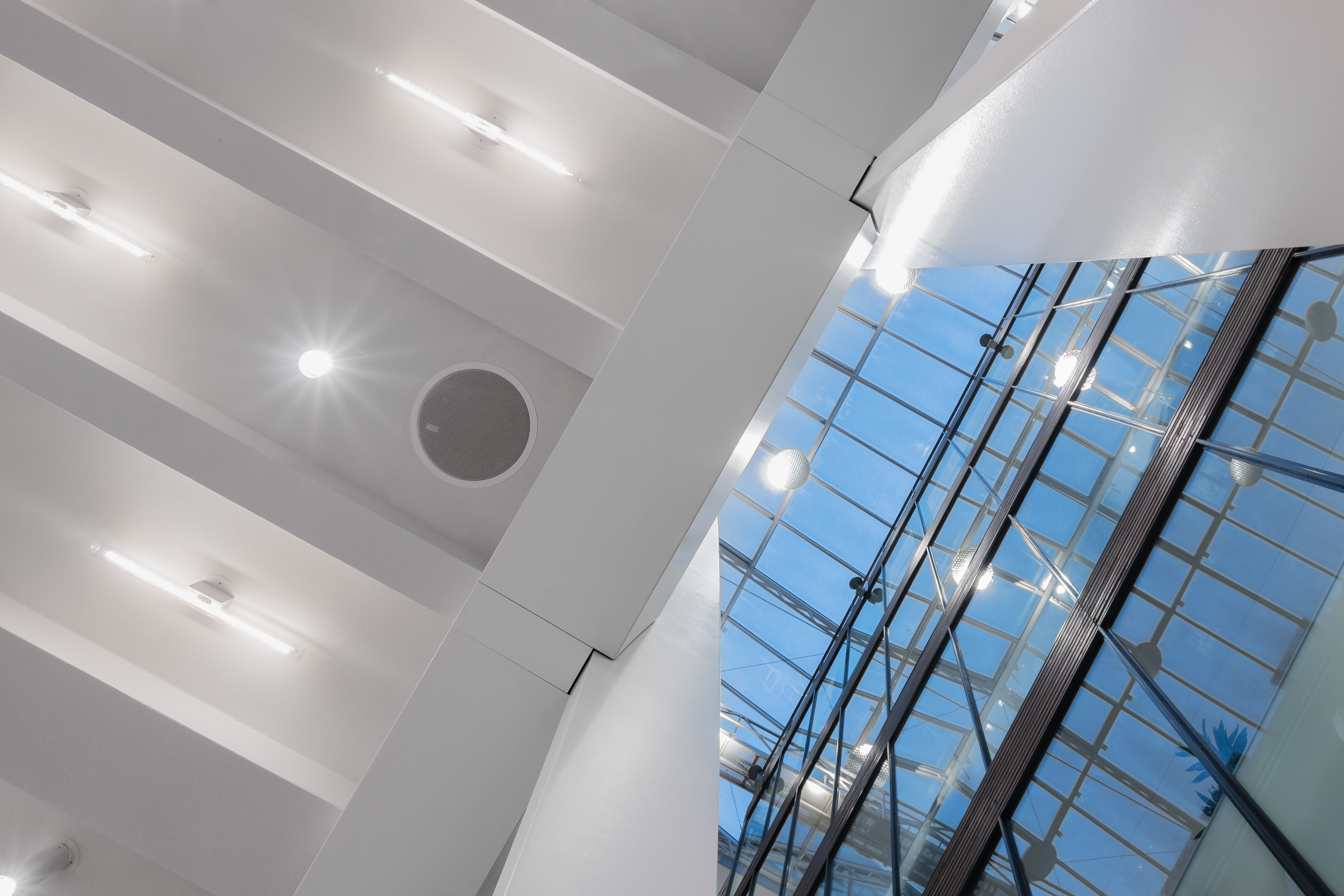 “We found that the 4020Cs were perfect for Cederquist’s meeting rooms.”

Throughout the rest of the building, JML-System used a mixture of the compact, active two-way 4020C installation speaker, which is ideal for applications where space is limited, and its larger, more powerful sibling, the 4030C for areas requiring a bit more punch. 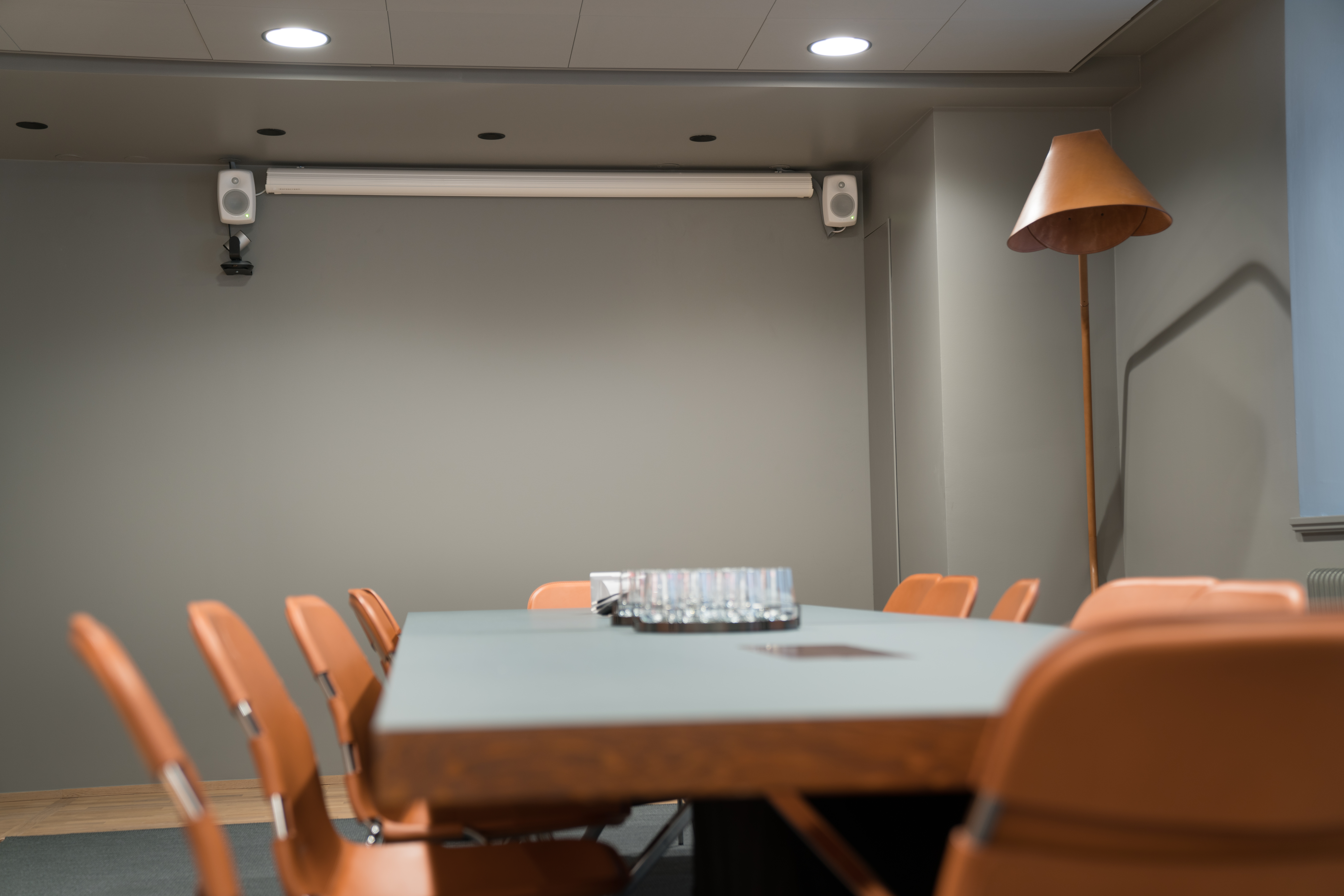 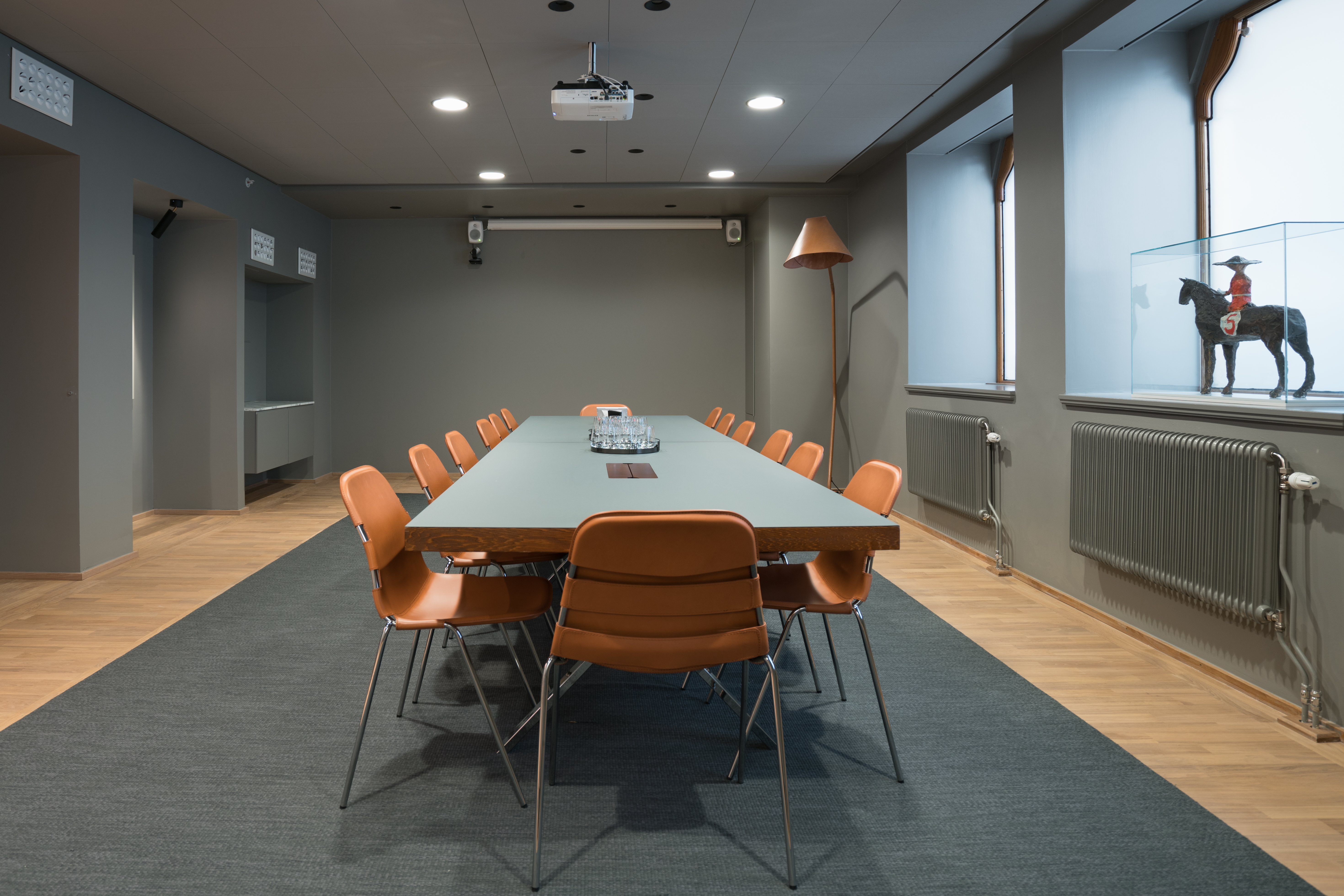 “We found that the 4020Cs were perfect for Cederquist’s meeting rooms,” continued Savela. “Previously the company had struggled to obtain clear sound in their conference rooms. However, although the distances are relatively large, such is the superior intelligibility of the Genelec speakers that the compact 4020Cs were more than adequate for vocal reinforcement and presentation purposes, even in big spaces. That said, for the staff gym we opted for the bigger 4030Cs as this is a music-based rather than speech-based environment, and when people are pumping iron or weighing into a punchbag, they tend to want much higher volumes than for their corporate meetings!” 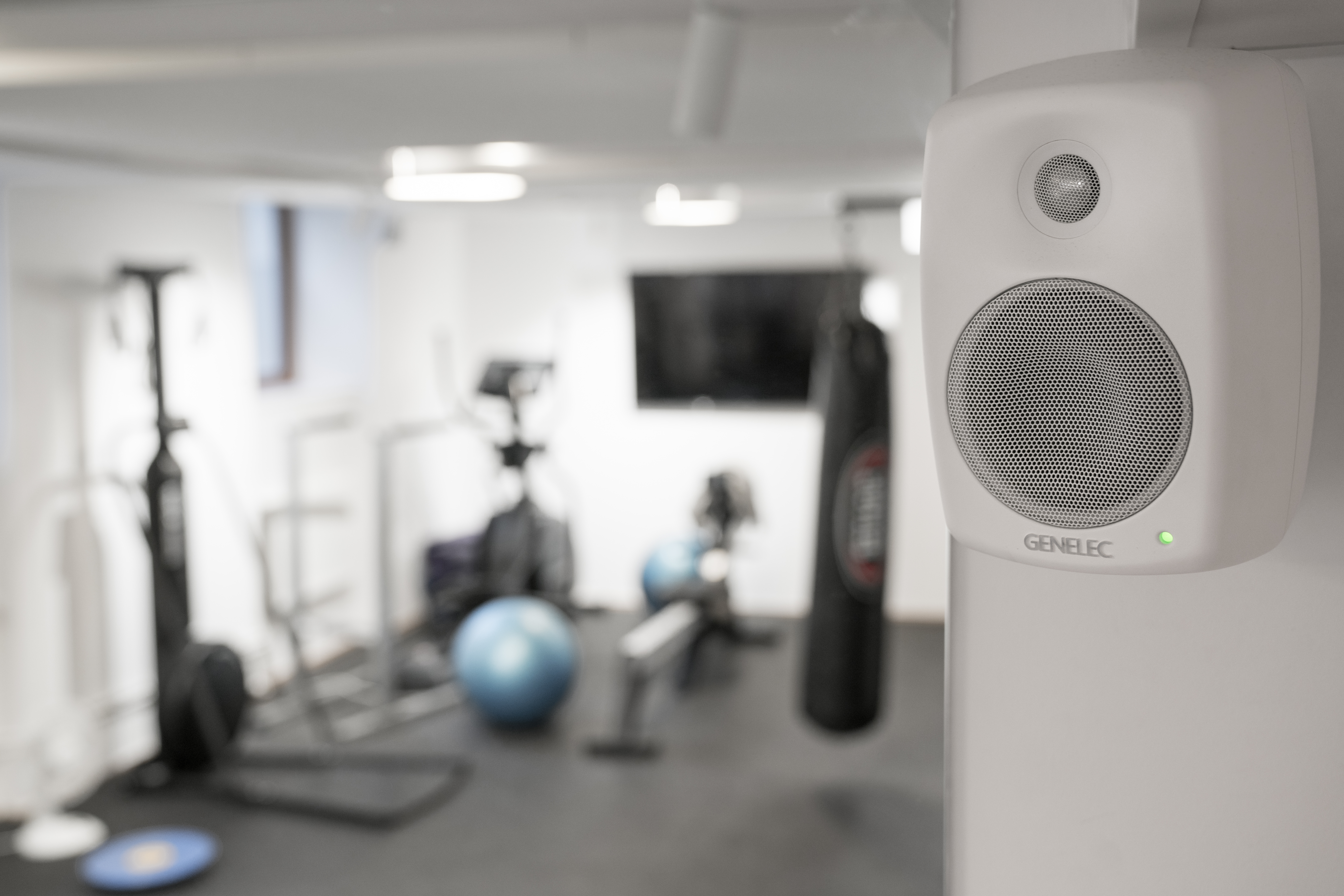 “We had a number of obstacles to overcome, and Genelec had a solution for everything.”

Another area where JML-System opted for 4030Cs was in the lounge/dining area, which is quite a large space, although the atmosphere is intimate. JML-System decided to use the more powerful 4030Cs as fewer of them would be needed to achieve the same amount of coverage, and mounting options were limited. “In fact, we ended up taking advantage of their architectural shelving system which forms part of the restaurant design and placed four free-standing speakers at strategic locations on the shelves,” recalled Savela. “In order to blend in perfectly and ensure that there were no unwanted vibrations propagating from the speaker cabinet to the shelves, we mounted each speaker on a Genelec Iso-Pod. This is an ingenious rubberised stand that offers excellent vibration isolation and damping properties, and also enables the speaker to be safely tilted +/- 15 degrees for the best possible listening axis. It also looks pretty cool!”

In conclusion, Savela stated that he was delighted with the Genelec solution and the support he’d received from the company. “We had a number of obstacles to overcome, and Genelec had a solution for everything,” he confirmed. “We were able to mix different types and sizes of loudspeaker, but still keep a really uniform feeling throughout the building, both aesthetically and in audio terms. Multiple zones are often playing simultaneously, yet the sound remains remarkably similar throughout the range, despite the differences in type and size of speaker. In particular, we’ve received a number of compliments concerning the sound in the atrium – a proper sound system has helped to transform this elegant space into a proper ‘party zone’ when required – and of course everyone loves that!” 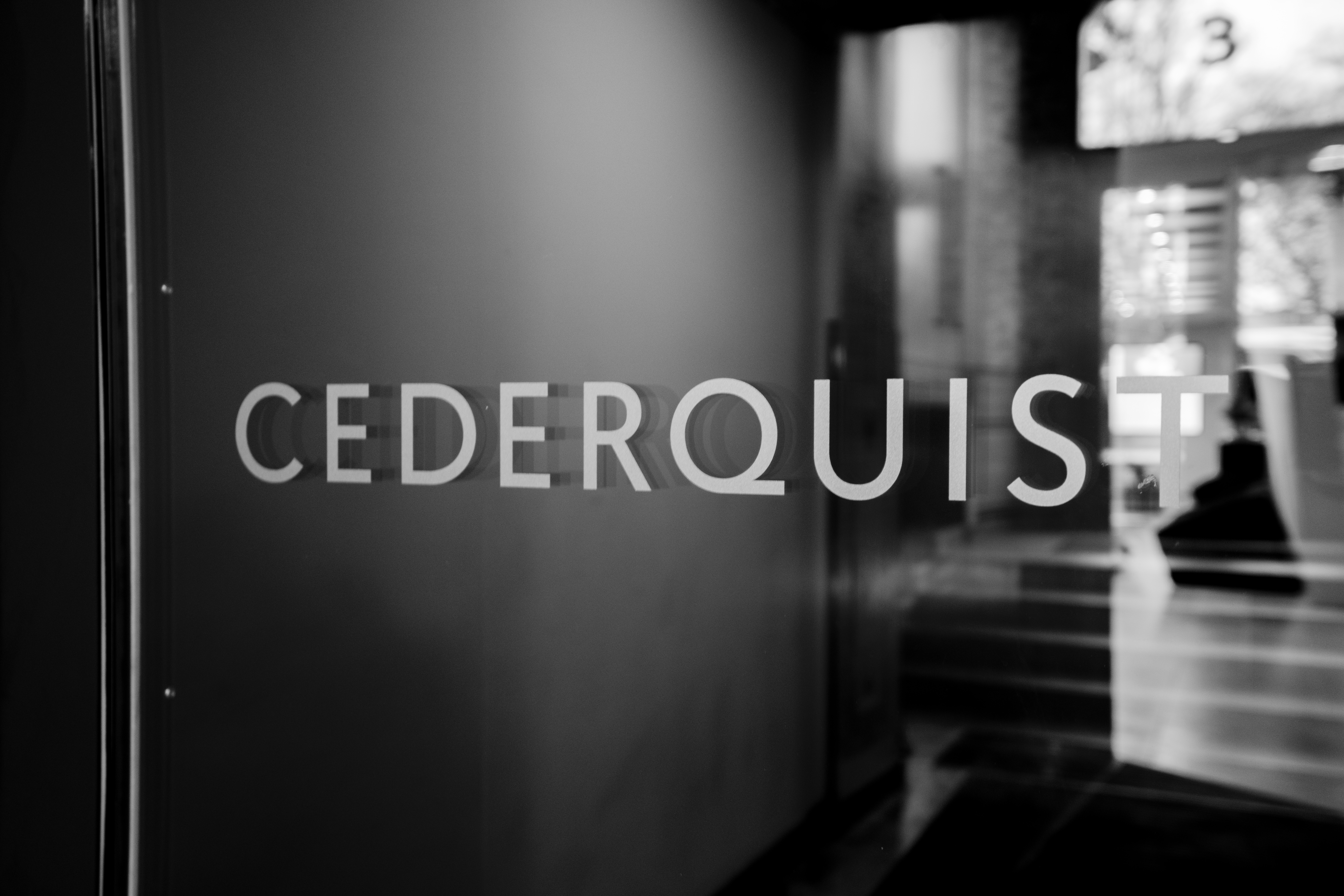