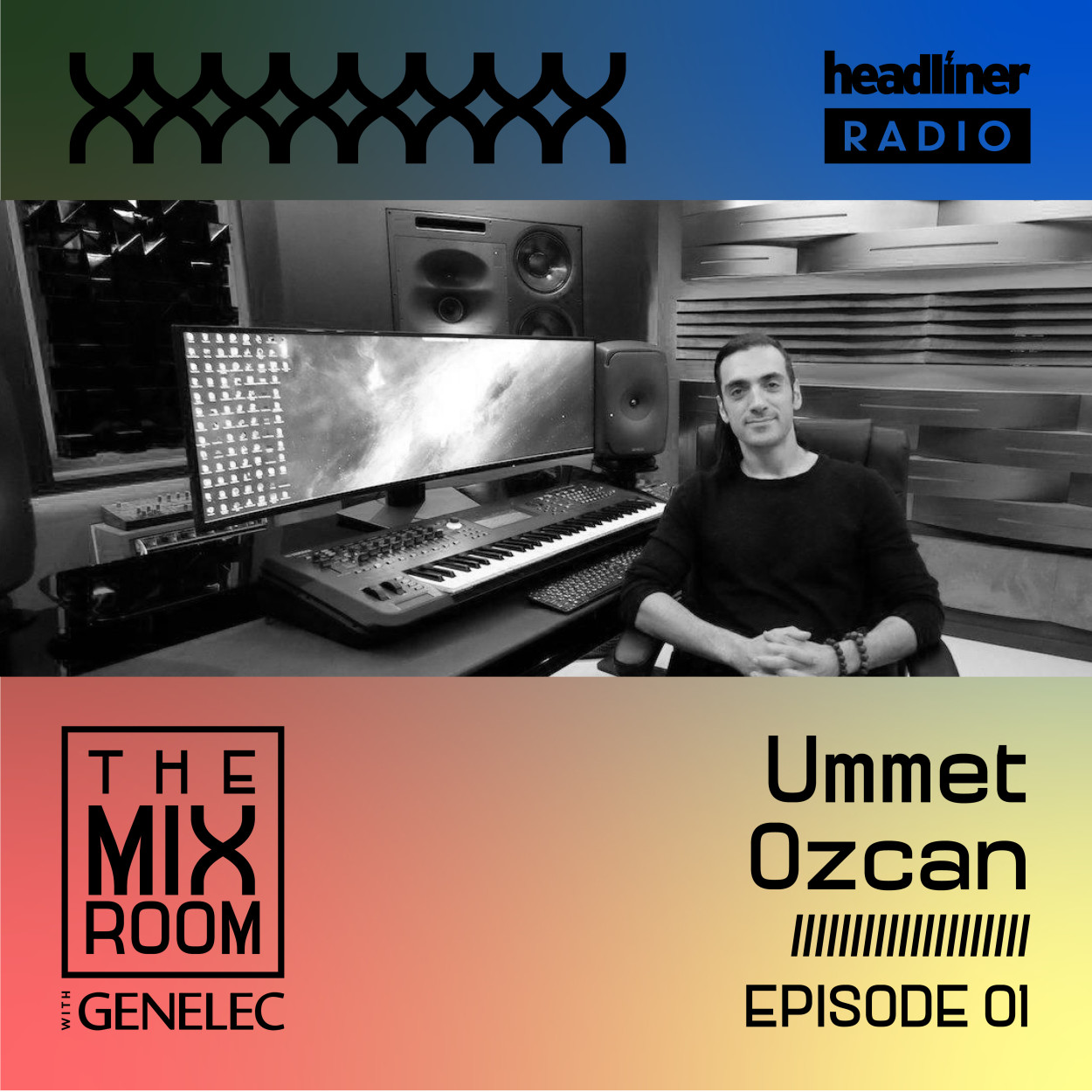 We’re excited to be partnering with Headliner Radio on their new series of podcasts entitled The Mix Room.

Headliner Radio is a brand new resource for creatives, and gives the Headliner team the chance to chat every week to artists, musicians and music professionals from their respective homes. The initiative was originally planned for 2021, but has been brought forward in response to the COVID-19 crisis as a way of finding out how people are staying creative through this time of self-isolation.

In each episode of The Mix Room, Headliner will be talking to a high profile Genelec user about their career, their projects, their workflow and their own studio environment.

The first episode features celebrated DJ and Producer Ummet Ozcan. Recorded on the day his new single ‘Seesaw’ was released, he talks about creative mixing, production techniques, his obsession with sound design, and his brand new Jan Morel-designed recording studio. In the second episode, artist and producer Andy Barlow talks about his band Lamb, his stunning home studio....and working with U2!

South African-born producer/songwriter Pete Boxsta Martin is the focus of the third episode, discussing the last 20 years spent he's spent developing new musical talent in London, and his recent relocation to an incredible new Genelec-equipped studio space within the Matrix Studios complex. Next up is Aviram Saharai of psytrance superstars Vini Vici who talks about creativity during lockdown, and how he and partner Matan Kadosh collaborate from opposite sides of the globe.

In the fifth episode superstar Brazilian DJ/Producer, DJ Meme, talks about his career, his breakout success with Shakira and his 20-year relationship with Genelec, while the sixth interview features Aussie superstar Guy Sebastian, who chats about his new record, his experiences with Australian Idol and The Voice, and his beautiful home studio in Sydney.

The seventh podcast welcomes Blastoyz, as he describes his journey from a small village in Israel to global psytrance superstardom - via a stint of compulsory national army service! And in the latest episode, artist, songwriter and producer Steven Wilson explains how and why he mixed his forthcoming album 'The Future Bites' in Dolby Atmos.

“The response so far has been fantastic,” comments Headliner founder, Paul Watson. “It just goes to show that creatives are wanting to remain positive during this challenging situation – as proved by the numerous fascinating interviews we’ve already conducted. We are proud to give back to the creative community in this small way, and hope people find some comfort in the fact that we’re all in this together.”

New episodes of The Mix Room will be uploaded regularly, and the podcasts can be heard on Spotify, Deezer, Google Podcasts, Apple Podcasts, and many more.

Help us by joining the Junction Connected global hackathon!