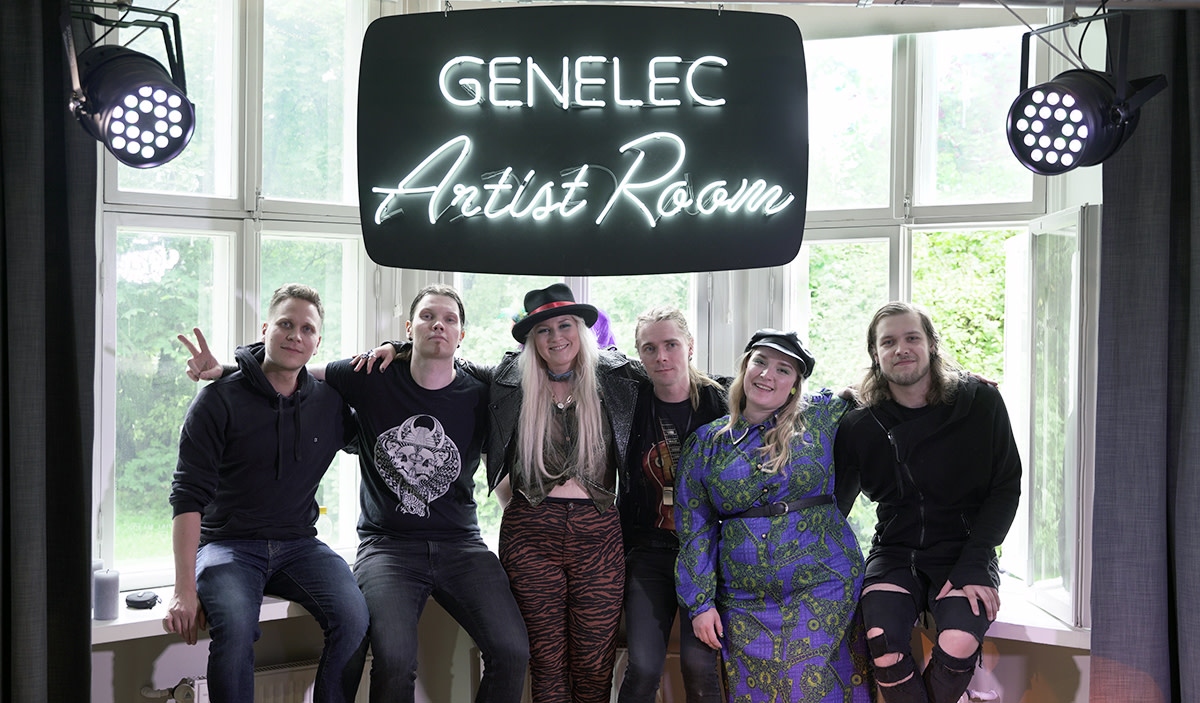 We recently had the pleasure of hosting Noora Louhimo’s exciting new solo band for a live session and interview at the Genelec Artist Room in Helsinki.

The Noora Louhimo Experience brought us a feast of passion and style that shows Noora is a versatile ambassador of rock’s many colours. We’re delighted to say we recorded it all, and her energy boosting versions of ‘Eternal Wheel of Time and Space’ and ‘Valkyrie’ are available now to watch alongside her interview on the Genelec Music Channel.

Noora is best known as the lead singer of Battle Beast, a prominent Finnish metal band with three successive number one albums in Finland’s official charts. She’s led their vocal attack since 2012, and they’ve never looked back, conquering the US, Japan and Europe with their comprehensive tours and tens of millions of streams worldwide. Their fifth studio album with Noora has just been released this month, so be sure to check it out!

The idea for her solo record has been cooking for the last decade, but it took a twist of fate to make it finally happen. Noora formed the band in 2015 after dreaming of returning to her roots in blues rock, yet her busy schedule with Battle Beast sidelined the project, after which the pandemic in March 2020 made live performances impossible. Taking advantage of that break in touring, Noora’s band wrote and recorded their debut album ‘Eternal Wheel of Time and Space’ in less than 12 months, going on to release it in March 2021.

Noora presents the album as a trip through her universe, in the style of a musical space adventure. She created this concept with the help of her visual designer and creative writer brother, Pekka V. Louhimo. The result is an eclectic mix of cheerful blues, rock, soul and country that occasionally hints at Noora’s metal stardom whilst feeling colourful and vibrant, both visually and sonically. Sharing the writing credits are the record’s producer and lead guitarist Samuli Erkkilä and rhythm guitarist JC Halttunen.

Noora picked two songs from the album to perform for you at the Genelec Artist Room. The first, ‘Eternal Wheel of Time and Space’, is a melodic track with psychedelic undertones that shows Noora’s sublime vocal control from soft playful lines to powerful overdriven belting. The band creates a stunning sense of drama as she sings about our fantastical journey through life, the universe, and how we should always follow our dreams.

Their second performance is ‘Valkyrie’, which opens with a wildly theatrical set of police sirens and Noora loudly proclaiming “you’re not gonna get us, boys!”. The rhythmic guitars immediately get you moving your head as this track takes a heavier road. The song tells of a lady motorbike rider who’s chased by a tyrannical force, and it drives home the message that nobody else should control your life. Noora sings that she “ain’t a damsel rescuee”, and with her huge life-force and incredible raspy voice, we think you’ll agree.