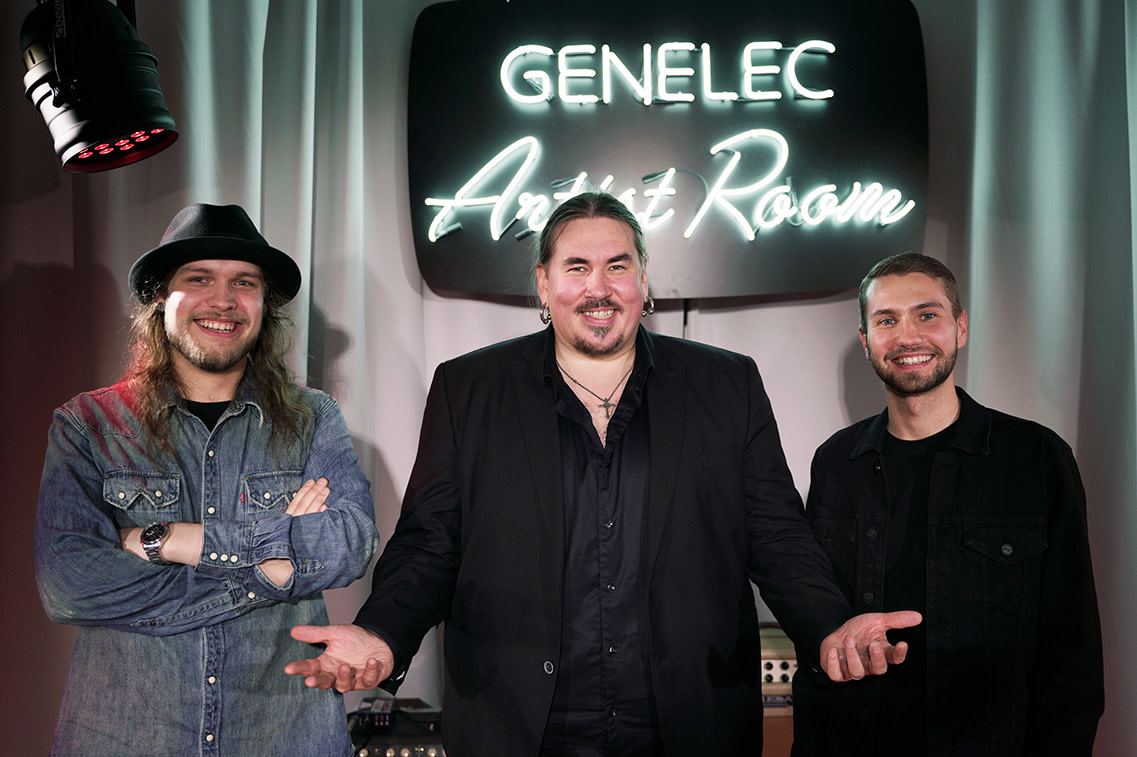 We were excited to welcome Antti Railio to the Genelec Artist Room in Helsinki recently, where he demonstrated his expressive vocal style with soulful versions of ‘Hallelujah’ and his 2020 single ‘Mun Sydän Palaa Sulle’.

From his late teens to his mid twenties, Antti fronted a series of power metal bands. His early experiences paved the way for him to ambitiously compete in three renowned singing competitions, all of which aired on Finnish national television. Close calls with victory in his first two contests were followed by an outright win in 2013’s The Voice of Finland. Boosted by this success, Antti has forged a fruitful solo career including 3 albums since 2014.

Hallelujah has been a staple of Antti’s live performances for over a decade, resulting in a barrage of requests to record and release the song. Antti revealed that he is delighted to finally create a definitive cut of the song, especially for his fans. Originally penned by Leonard Cohen to relatively little acclaim, Hallelujah was later popularised by cover versions from both John Cale and Jeff Buckley. Antti’s take on this classic showcases his wide vocal range and dynamics, moving from smooth lows and driven mids to a soft falsetto.

Adapted from Antti’s studio catalogue, ‘Mun Sydän Palaa Sulle’ focuses on the importance of giving each other space in a healthy relationship. Antti is accompanied by a complementary mix of mellow acoustic guitar and electric piano as he once again shows his depth of expression.

We’re taken with the emotion of these videos and we hope you’ll feel it too.