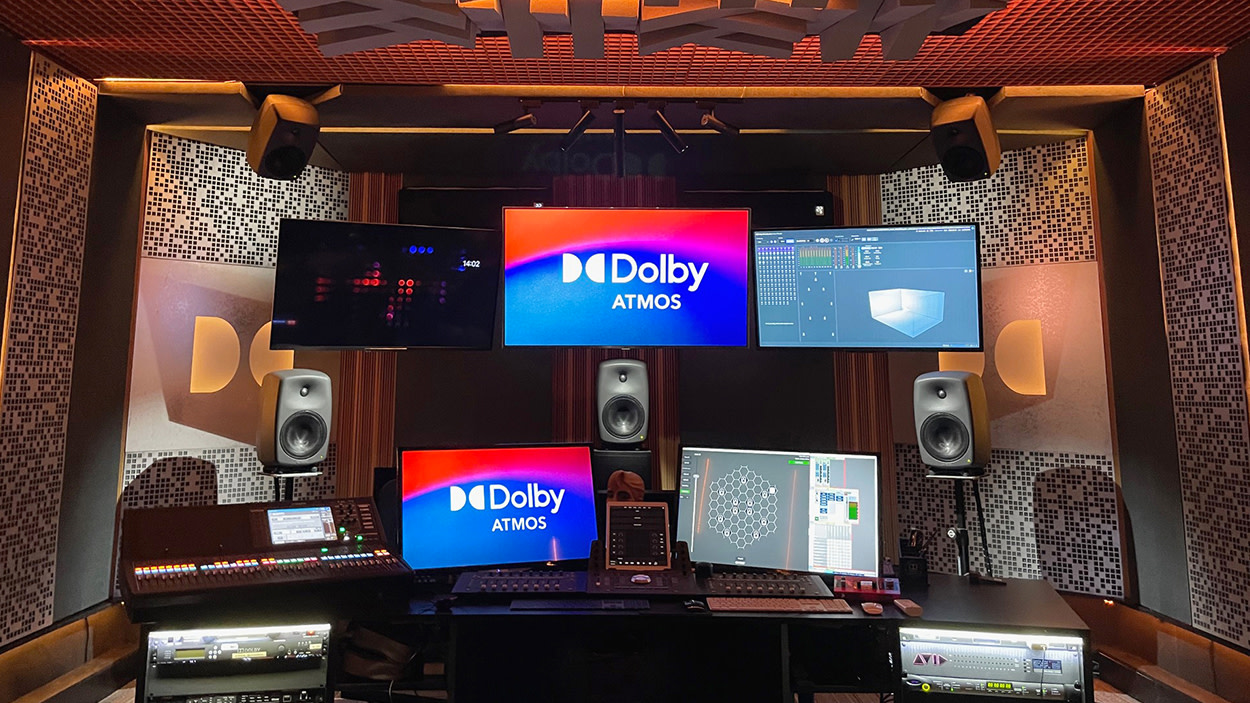 Thanks to our good friend Morten Lindberg at 2L Records, we’re giving you the chance to enter our Spot the Difference contest and win one of 4 immersive Blu-ray discs, each with a Genelec T-shirt.

Up for grabs are two copies of both LUX - for which Morten won a GRAMMY for best immersive album last year - and Polarity by the Hoff Ensemble.

To win, all you have to do is head to our Facebook or Instagram pages before 30th June, study the picture above of Dolby’s new Genelec-powered training room in São Paulo, Brazil and tell us the 5 differences between the pictures.

2L Records features Norwegian composers and performers and an international repertoire reflected in the Nordic atmosphere. Recorded in spacious acoustic venues, 2L’s immersive recordings not only transform the entire listening experience, but also - more radically - these innovative recordings overturn some very basic concepts regarding how music is composed and performed.

Genelec is organising a global “Spot the Difference” competition from Sunday 20th June 2021 11am until Wednesday 30th June 2021 11:59pm, GMT+1 (“Competition Period”). During the competition one (1) Prize Draw will be organized on 2nd of July. Each winner will be awarded with a Blu-ray disc and Genelec T-shirt.

3. Who can participate
Entrants must be 18 years of age or older at the time of entry into the Competition. Employees of Genelec or its affiliates or partners or agents and members of their immediate families are not eligible to participate. Genelec reserves the right to verify the eligibility of the entrants. No purchase is required to enter the Competition and a purchase will not increase the chances of winning.

4. How to participate
Eligible entrants can participate in the Competition by commenting the correct five differences between the two images on our post, either on Instagram or Facebook.

5. The Prize Draw and prizes
The prize winners will be chosen by Genelec on 2nd of July from among all eligible entries. Entrants need not be present to win. The odds of winning depend upon the number of entries received. There is no entry fee to enter the Prize Draw. The entries must not be sent in through agents, third parties or on behalf of another person. Such entries are void. Bulk entries are void and cannot be accepted. The winners will be notified personally by a private message via Instagram or Facebook.

Prize
Each prize is a Blu-ray disc and Genelec T-shirt. All taxes related to this Competition, if any, are the responsibility of the organizer of the prize draw. No substitution or transfer of a prize is permitted except at the sole discretion of Genelec. No cash alternatives will be offered. Genelec is also responsible for the shipping fees of the prize.

6. Personal data and publicity
The collection and handling of personal data is limited to the extent necessary for the delivery of the prizes of the Competition and for such purpose the information submitted may be transferred within or between Genelec and its affiliates and other third parties participating in arranging the Competition, which may be located within or outside the European Economic Area. Personal data shall not be used for any other purposes. Personal data collected for the aforementioned purposes will be handled in accordance with Organizer´s privacy policy.

Nothing in these Official Rules limits, excludes or modifies or purports to limit, exclude or modify the statutory consumer guarantees as provided under the Competition and Consumer Act 2010 (Cth), as well as any other implied warranties under the Australian Securities and Investment Commission Act 2001 (Cth) or similar consumer protection laws in the States and Territories of Australia (“Non Excludable Guarantees”). Except for any liability that cannot by law be excluded, including the Non Excludable Guarantees.

Applicable to all territories
Genelec is not liable for any indirect damages or damages that the organiser could not reasonably have foreseen. Genelec is not liable for damages caused by third parties or reasons not attributable to the organizer (such as interruption of the Competition or damages attributable to a failure in network connections/communications). Genelec accepts no responsibility whatsoever for damage or loss resulting from late, misdirected or incomplete entries, and by taking part in the Competition the entrant warrants that all information submitted is true, current and complete at the time of submission. It is entrant’s sole responsibility to ensure that entrant’s (contact information) details are accurate. Genelec accepts no responsibility for any changes which are not properly notified according to the timelines stated in these Official Rules of the Competition. The prize winner shall relieve Genelec and all of the companies that participated in planning and implementing the Competition from all responsibility relating to injury or damage arising from entering into the Competition or from redeeming and using the prizes.