‘The exhibition was pretty long, a week or so, and I also presented a lecture and visited broadcasting companies to see their studios and equipment.’

At this time, Genelec was already working with Bingo Tso at Power Source Development. ‘PSD, which was a subsidiary of ACE, became our distributor until 2002, when we founded a rep office and then a subsidiary in Beijing in 2005,’ continues Mr Martikainen. ‘I guess a certain consistency and long-term thinking is valued highly in Asia. We have been there in good times and bad, and we have very reliable products. We also have a very predictable product philosophy, which has stayed consistent for decades, and this makes the customer’s life easier.’ 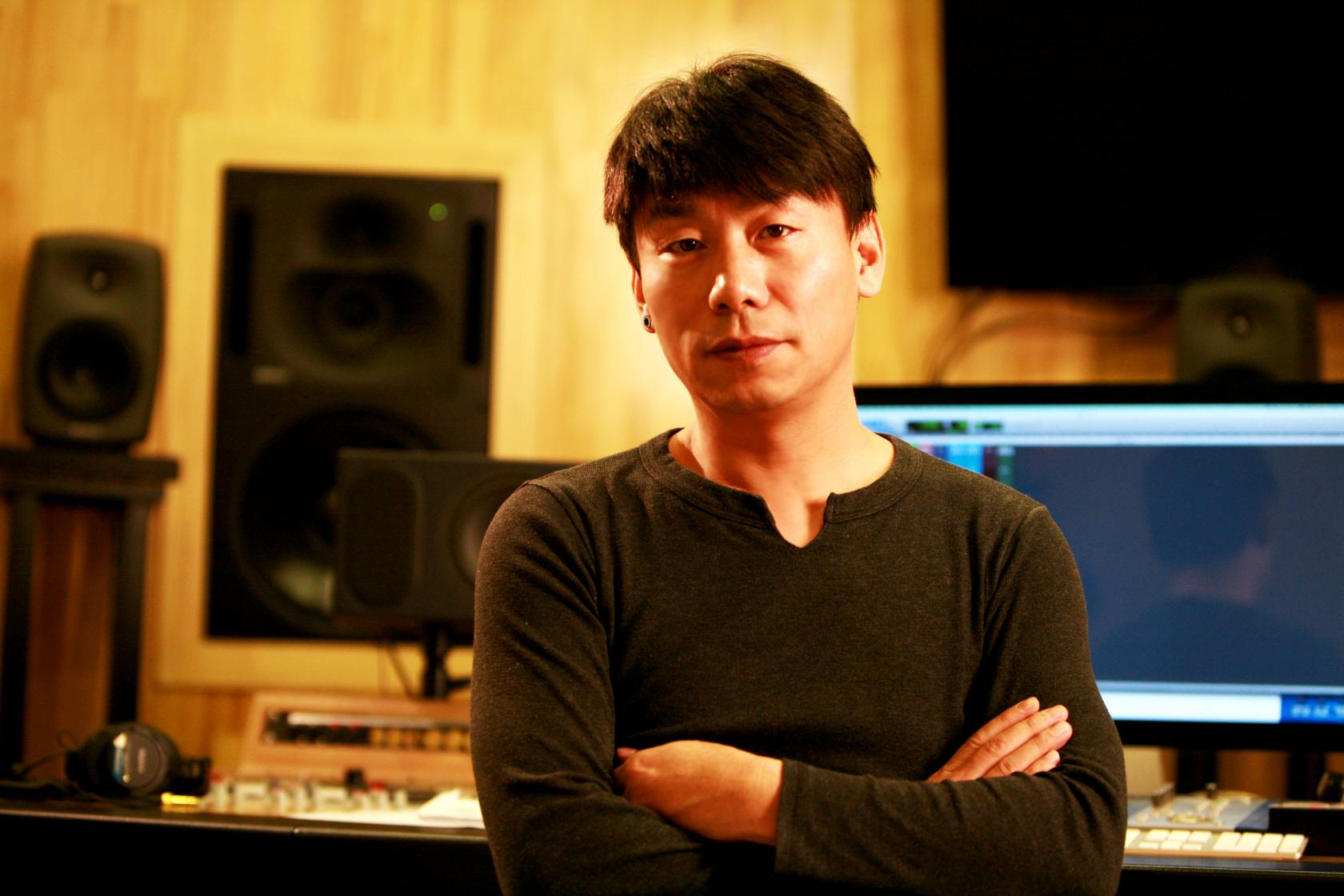 Indeed, some of the earliest Genelec speakers to be sold in China are still in use to this day. This includes a pair of 1038s which were installed in the China Recording Company’s studio in the early 1990s, and are still in use. ‘Many people are familiar with the sound of the 1038s, and they have done very well here,’ says Feng Hanying from Genelec China.

Genelec China is now building on the national success of the 1038 with the 1238, with one of the first pairs going to Chinese band, Feng Huang Chuan Qi, or Phoenix Legend, for their new studio.

Based on the original 1038 technology and part of Genelec’s SAM Smart Audio Monitor series, the 1238s benefit from new technology including the AutoCal room calibration function and Genelec Loudspeaker Management (GLM). ‘The power amplifier and processor have been upgraded, while retaining the same sound that people love,’ says Mr Feng. ‘We believe that this product will do even better than the 1038.’

This confident statement looks likely to bear up. The 1238s are already enjoying such a good reputation that Feng Huang Chuan Qi signed the purchase order for their speakers after their engineer heard a demo at Genelec’s Beijing office.

As a result of this success, they have been able to invest in their first recording and rehearsal facility – a 1,100 sq-m premises in the Chinese capital. Feng Huang Chuan Qi are now working on a new album in their studio, which will also be available for commercial rent when they are not using it. The complex also includes a rehearsal facility and two composing suites.

‘The band have been Genelec users for a long time and they’ve got used to how the speakers handle and interpret the whole sound field, from the high frequencies right through to the low end,’ says Mr Feng. ‘Their engineer, Xiang Hai, had used the 1038s before, and decided to order the 1238s without having heard them in a studio setup. This was one of the first orders in China for the 1238s, and all the rest of the band’s studio equipment has been selected to produce the best possible results. Their new studio has tremendous audio detail.’

In addition to the Genelec 1238 main monitors, the control room is also installed with a Genelec 5.1 system consisting of 8240APM active monitors and a 7270APM sub, which Mr Xiang decided to install to future-proof the studio. An AD9200A AD converter and 8200-416B network interface complete the Genelec installation. 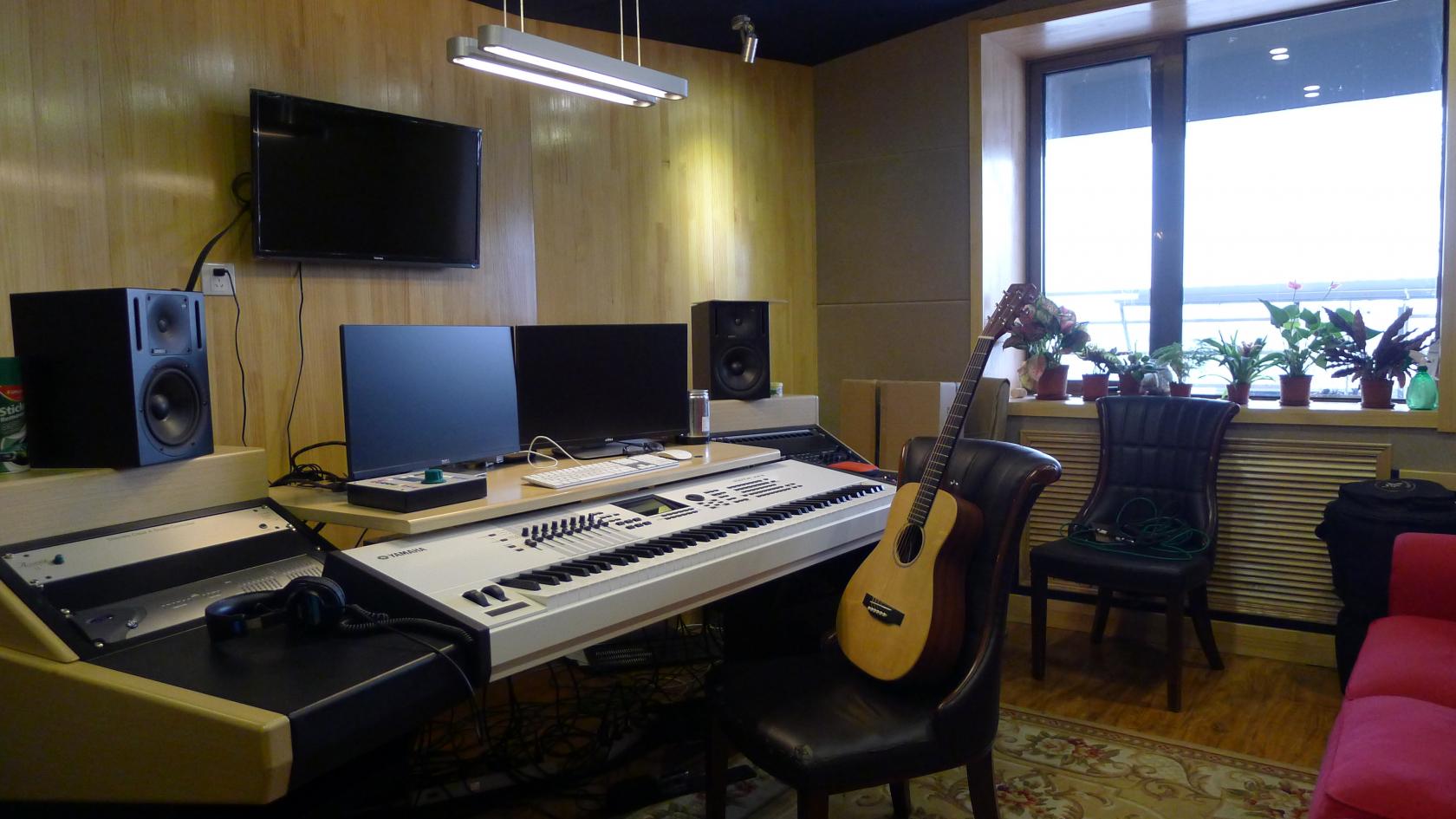 ‘I invited acoustic technician Sid Chen from Genelec China to come here and calibrate the sound, and we’re all very happy with the result of the calibrations,’ says Mr Xiang. ‘We’ve managed to achieve a great combination of electro acoustics and ambient acoustics; they have come together really well in a great sounding studio. We’ve had many musicians playing different styles of music and it seems to suit everyone. I do feel that we have managed to create one of the best studios in Beijing, and in doing so, to set a new standard. We’ve definitely spent the money in all the right places.’

The studio’s main control room is connected not only to the recording studio but also to the large rehearsal studio and two smaller rooms for composing and arranging. ‘What we have here is more of a studio complex, with everything linked to the control room so we can record anything that’s going on in the building,’ continues Mr Xiang. ‘So it was very important to have a well-designed matrix, and that the wiring was handled as professionally as possible. Everything is connected via Madi, through Ethernet and analogue cable, so we’ve covered all of the possibilities.’ 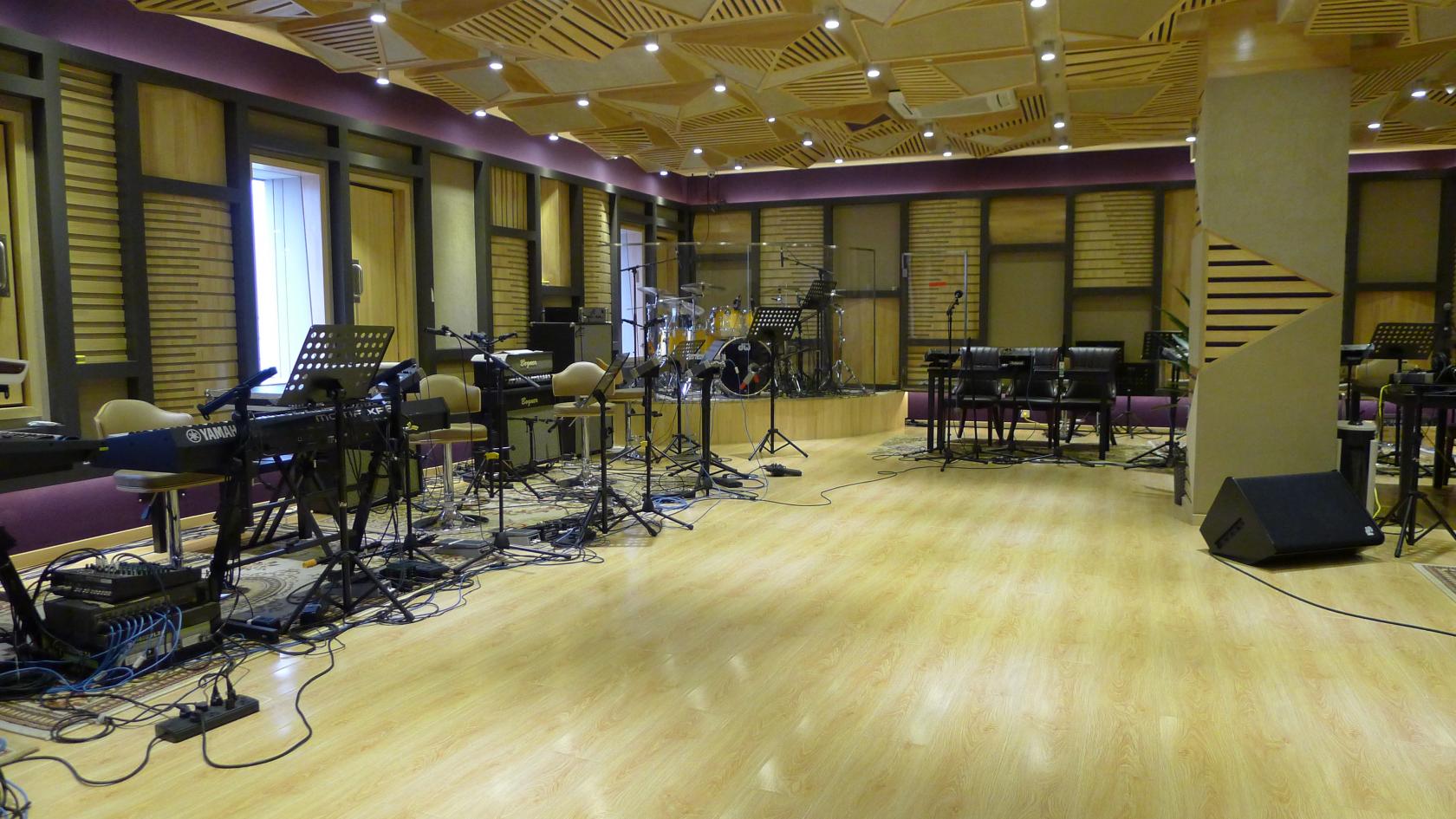 According to Mr Xiang, the biggest challenge in building the studio was to ensure the best possible acoustic design and treatment. ‘Mr Guo Ming is the best known and most professional studio designer around, which is why we brought him in to work with us,’ says Mr Xiang. ‘Another challenge was selecting the right outboard, hardware, software and plugins to buy. We wanted to ensure that we got the best price to quality ratio, choosing products that have a good reputation for high quality while being simple and easy to use.’

The 200 sq-m rehearsal room is based around a DiGiCo SD8 with DiGiGrid MGB coaxial Madi interface which connects with the Waves network and processing platform. Main monitors are Nexo PS15s, and there is a good selection of Sennheiser mics and musical instruments available, as well as a Roland M-48 personal mixing system for monitoring.

An adjacent composing room is also installed with another Pro Tools HDX rig, a Crane Song Avocet stereo controller, API 525 compressor, Universal Audio UAD 8 and Yamaha XF8 workstation. Here, as in the other rooms, the Beijing branch of Chinese distributor, DMT played a big part in providing much of the equipment.

After some months of working in the studio, Mr Xiang feels he is able to operate in an increasingly efficient manner. He is also getting a good response from his commercial clients. ‘Well known Chinese singers, Na Ying and Wang Feng, have just recorded an EP here, and Na Ying was very surprised at the amount of detail in the sound as compared to other studios she’d used,’ he says. ‘She could hear so many more subtle nuances in her music. And of course, Feng Huang Chuan Qi have been able to increase the quality of the work they produce here.’

A happy outcome, then, for the latest addition to Beijing’s recording industry. 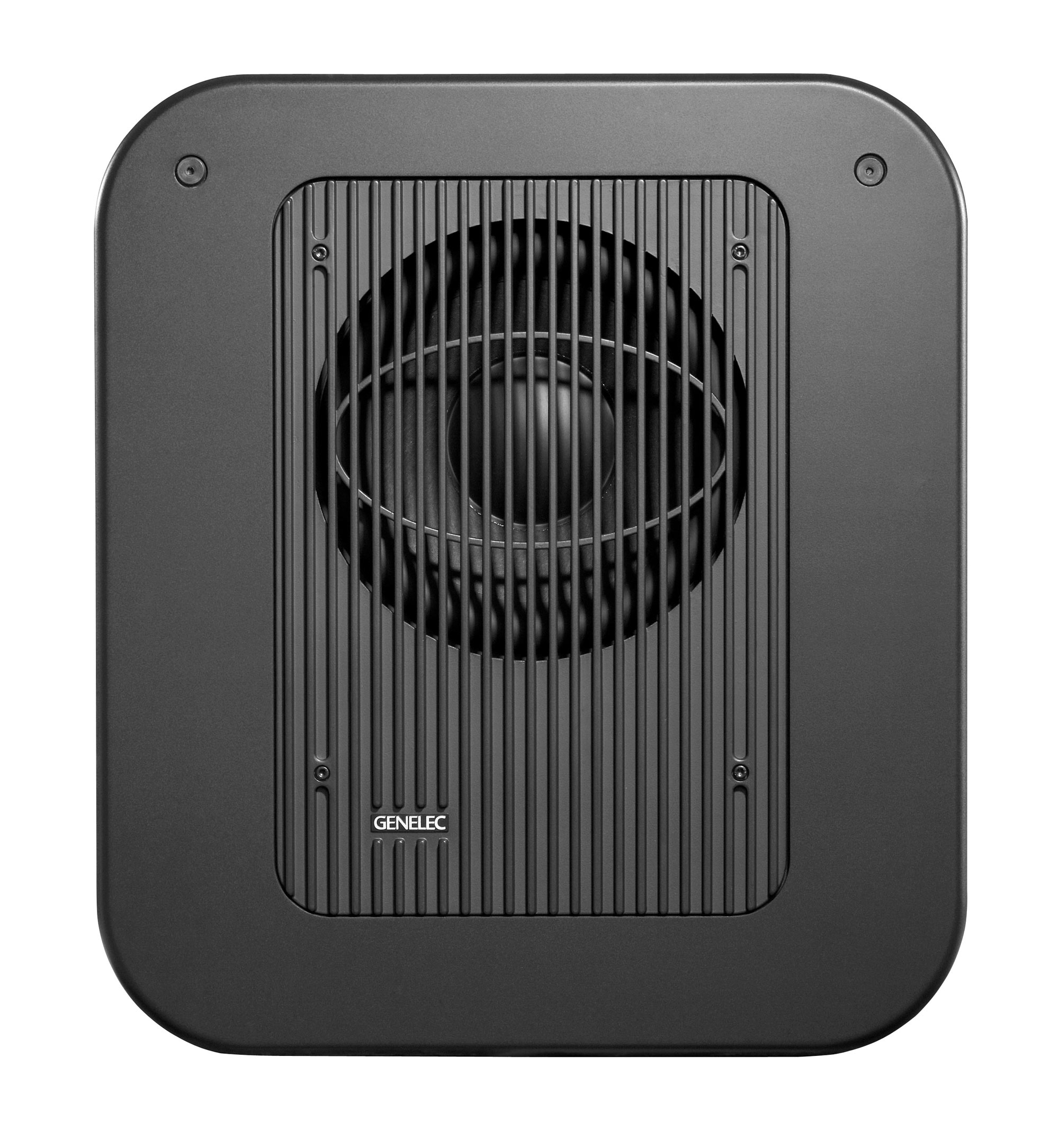