Founded in 1946, Ikegami Tsushinki Co., Ltd. is a Japanese manufacturer of high quality professional broadcast equipment, particularly known for their television cameras. Indeed, Ikegami introduced the world’s first portable hand-held TV camera which debuted in the US in 1962 when CBS used it to document the launch of NASA’s Aurora 7 crewed space flight. In 2022 the company, which is actively working on next-generation broadcasting standards with IP workflows, is celebrating its 75th anniversary – a milestone that has been marked by a comprehensive renovation of its office buildings in Tokyo, including a sophisticated new seminar room equipped with Smart IP loudspeakers from Genelec.

Today the world of broadcasting is in the midst of dramatic change with the advent of Internet broadcasting with IP transmission. Ikegami is actively pursuing its development along these lines to accompany traditional terrestrial broadcast techniques, and the choice of Genelec Smart IP loudspeakers for their new seminar room underlines their commitment to developing IP workflows.

Ms. Akiko Kurazumi, manager of the General Affairs Group within Ikegami, relates that actually, Ikegami didn’t have many large rooms to hold company events until now. “We used to rent nearby public facilities for training sessions or other corporate events,” she recalls. “When the pandemic hit, we were obliged to move things online, but the idea was raised of having our own facility for the future. The timing was perfect as it coincided with the office renovations, so we built a new seminar room.”

When I listen to these loudspeakers, the clarity is astonishing. 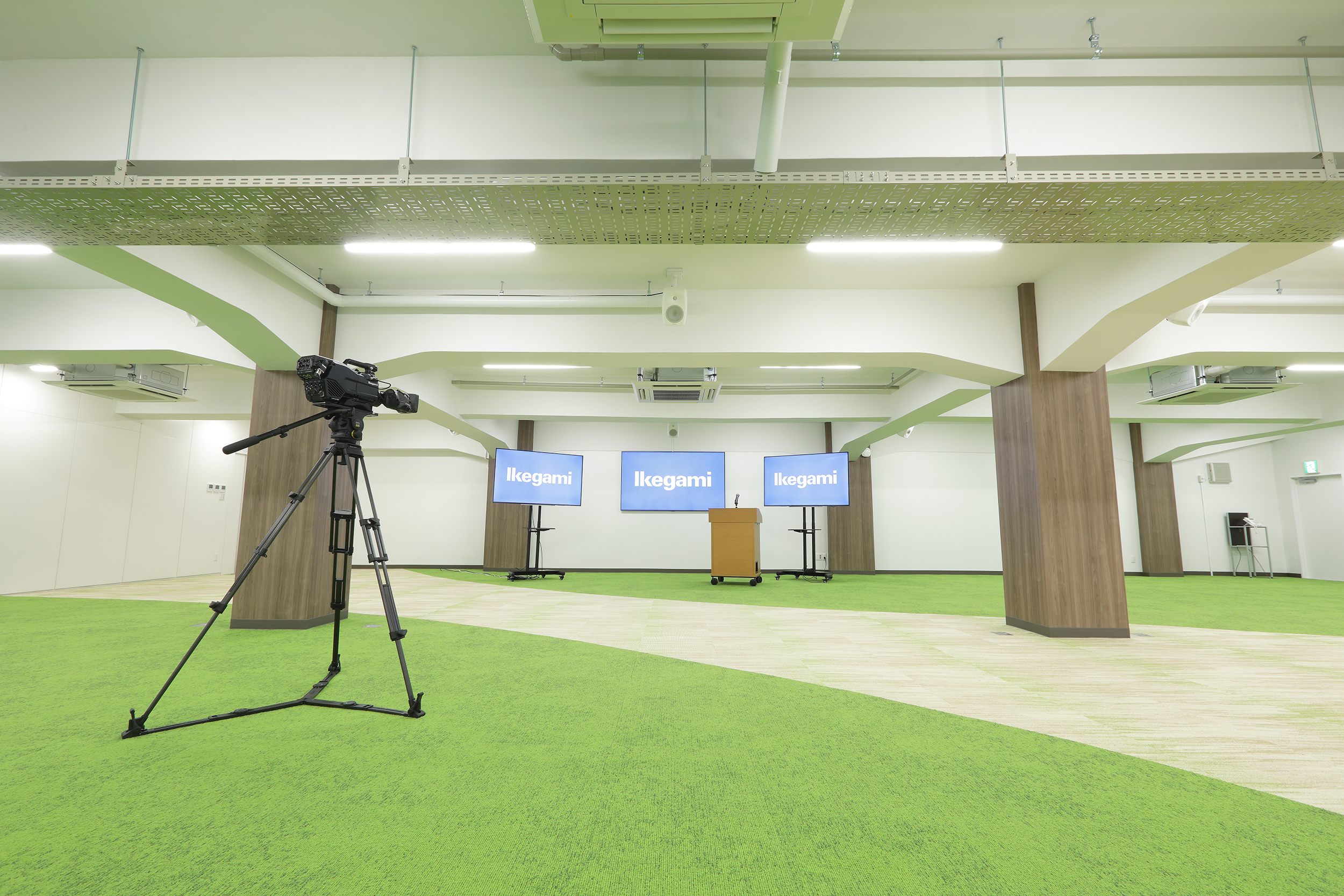 During the design process, Ikegami consulted long-standing business colleague Mr. Tetsushi Hirai of TXA Planning who has a deep knowledge of the latest AV equipment. Mr Hirai offered a proposal based on the theme of ‘Staying focused on the seminar’. “I make it a rule to design sound systems that place intelligible audio exactly where it should be, so that audiences and participants can concentrate on the content and get the most from their experience,” observed Mr Hirai. “Ikegami’s seminar room was no exception.”

Indeed, the design was developed entirely from an attendee perspective: the rectangular room has been configured with six separate audio zones and designed in such a way that the speaker’s voice can be heard clearly from anywhere in the room with no interference between zones. Mr Hirai says that Genelec’s Smart IP loudspeakers offered the best means to achieve this design.

“The room features a number of physical pillars, so we installed a total of six 4430 loudspeakers in a L/C/R configuration for the front half of the room and the same for the back half, to deliver audio to each of the six zones,” notes Mr Hirai. “The speakers are angled radially towards the centre of each zone. The large display panels are also an important part of the experience, so the system has been configured in such a way that sound appears to be coming from the display where appropriate, which is placed close to the speaker for a realistic experience. We defined the centre 4430 above the screens as the virtual sound source and calculated the time alignment for each loudspeaker position using 3D modelling software. Amazingly, once the time alignment was set, the sound output was so good, I didn’t even need to calibrate the loudspeakers – they sounded fantastic straight out of the box.

“When I listen to these loudspeakers, the clarity is astonishing,” he continues. “Their excellent linear characteristics – that I actually measured for myself – meant that I didn’t have to calibrate them afterwards. System design is much easier as a result.” 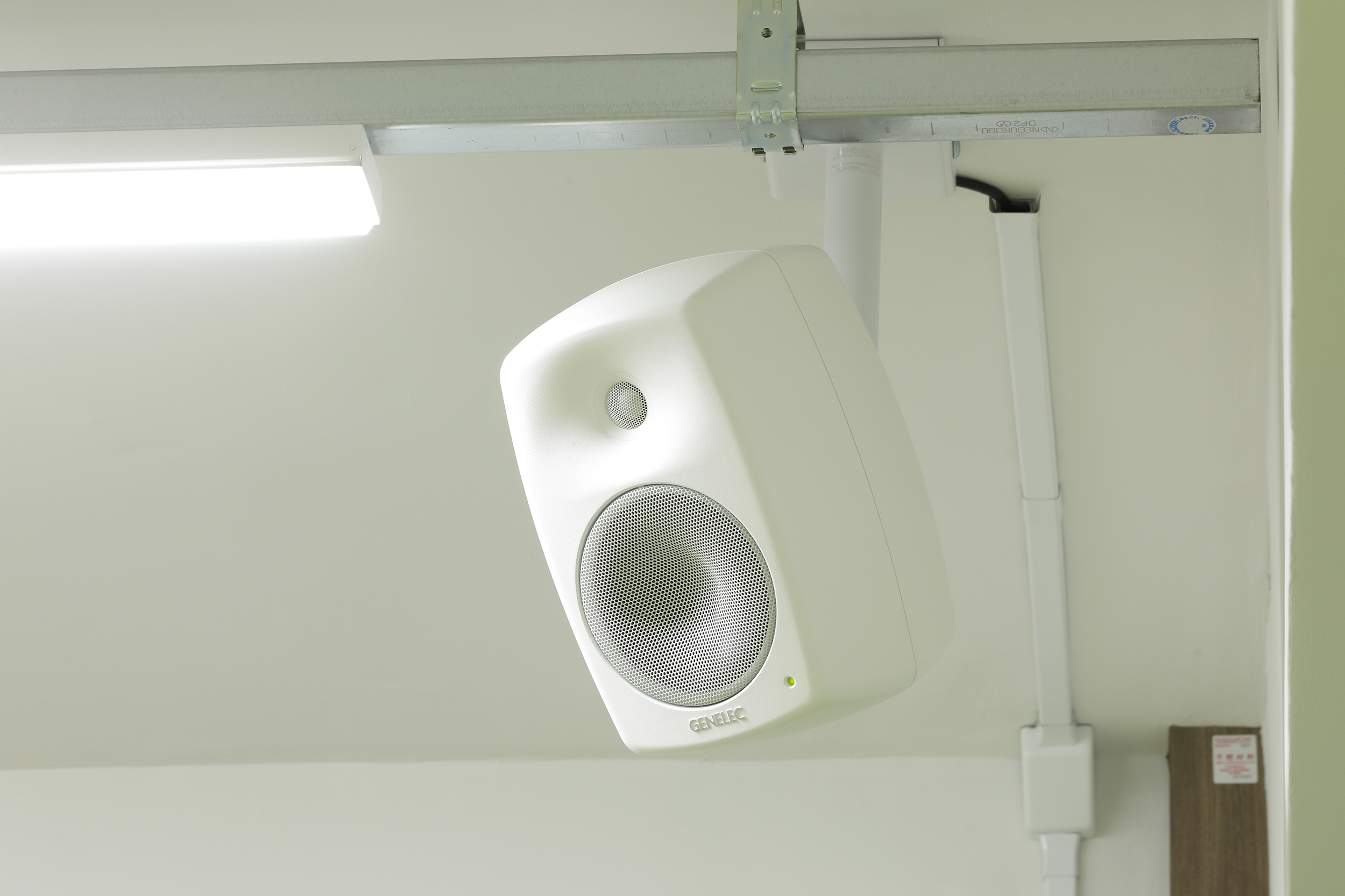 The other motivation for using a Smart IP solution was that the technology is a perfect fit for a hi-tech, forward-thinking company like Ikegami. “Ikegami is paving the way with the adoption of standards and technologies like ST 2110 which enables audio, video and control data transport, and is also developing MoIP (Media over IP) which incorporates remote control capabilities,” explains Mr Hirai. “Genelec’s Smart IP platform that delivers audio, power and control via a single network cable fits right into that scenario and is a future-proof solution that will be able to adapt to new generation innovations.”

Ms Kurazumi is thrilled with the result: “When I first heard the system, I was impressed by how comfortable it was to listen to. We had a seminar session the other day, and I realised that it sounded the same wherever I moved around the room. We could focus on the content, even though it was about rather complex management matters. On top of that, we felt less tired after attending for a long hour. This seminar room has only just opened, but we are already planning on utilising this space for a variety of purposes. It will be an excellent showcase for us at every level.”