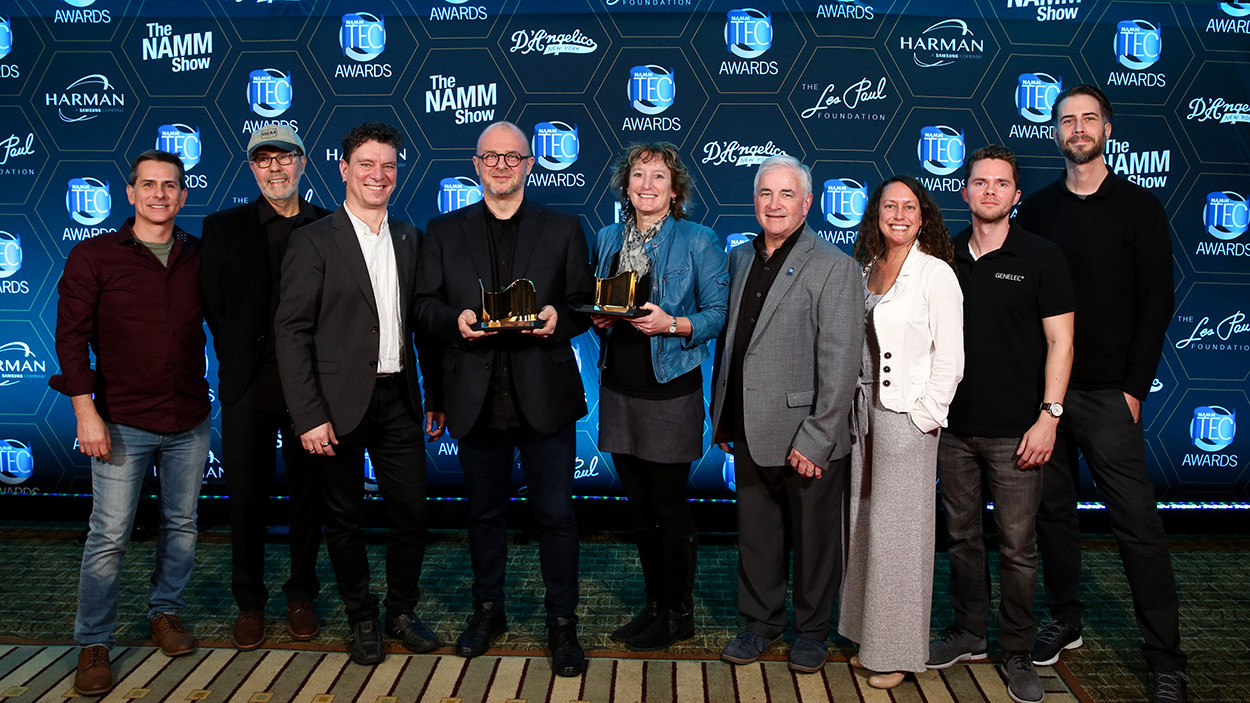 Now in its 35th year, the annual TEC Awards are widely recognized as the highest honour dedicated to the pro audio and sound recording industry. It’s where the most outstanding products in the worlds of music making, live performances, video games, television and films are recognised, and we were thrilled that our S360 and Aural ID were both voted winners for Outstanding Technical Achievement in their respective product categories.

This year was the first time that three companies all picked up double TEC awards, so congratulations also to our friends at Universal Audio and API for their success, and also to Joni Mitchell for being the deserved recipient of the Les Paul Innovation Award – presented by Herbie Hancock.

After a ‘Call for Entries’, the TEC Award nominations were made by a panel of professionals and thought leaders from all areas of the audio and sound production industries, and then voted upon by pro audio, live event and music industry professionals across the globe. The winners were then announced at a special awards dinner last Saturday - during the NAMM Show in California - and our team were on hand to step up and accept the awards.

The S360 high-SPL Smart Active Monitor triumphed in the Studio Monitors category, and has quickly become a benchmark for those working in music, film and post that demand a true reference that fuses main monitor performance with compact size – from stereo through to immersive formats.

By contrast, our Aural ID technology helps delivers a more truthful headphone listening experience by modelling the user’s personal head and upper torso features to produce a personalised file that then can be integrated into their audio workstation. This enables those in the worlds of music recording, post production, academic research, VR and games development to experience a far more natural sense of space and direction in their headphones, thus promoting more accurate and reliable headphone mixing.

Will Eggleston, our US marketing director commented “We thank all the voters who selected the S360 and Aural ID to win their respective categories. It is indeed an honour and a privilege to be recognised by our peers for the hard work of our R&D and engineering teams. They are incredibly outstanding products representing the spirit of innovation and market-driven development that Genelec strives to embody.”

Thank you to everyone that voted for us - we’re hugely proud, and grateful for your support!