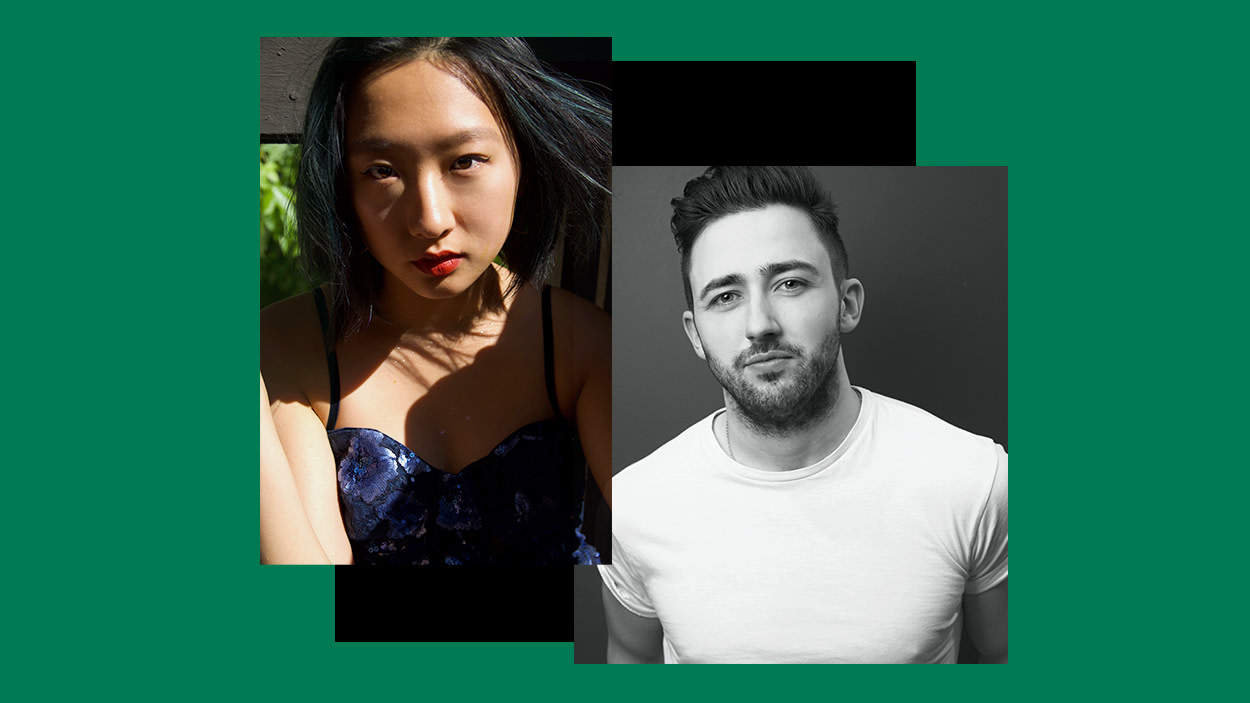 The Genelec Mike Chafee Audio Pioneering Scholarship was established earlier this year to promote the advancement of women in the audio industry while paying tribute to noted long-time Genelec manufacturer’s representative, audiophile, sound designer, acoustician, audio evangelist and supporter of women in audio, Michael Chafee. The scholarship will be offered annually to U.S. female graduate students in the field of audio engineering who are members of the Audio Engineering Society (AES). The Mike Chafee Audio Pioneering Scholarship, in the amount of $5000.00, is being presented in association with the Audio Engineering Society Educational Foundation to female students who have a passion of advancing audio through innovation and technology development.

She remarks, “It is truly an honor to be chosen for the prestigious Genelec Mike Chafee Audio Pioneering Scholarship. I am thrilled to continue to grow as an audio engineer and music technologist for the remainder of my education at NYU Steinhardt. I look to combine cutting-edge technology with my creative and composing background. I am excited to become a leader in the audio community and to empower other women through my work.” On her future plans, she notes, “Being a bilingual composer and songwriter, I want to combine my passions for composition and audio technology in my career. I believe that experiences in audio engineering and programming will also push my creative boundaries as a composer. Instead of simply writing for traditional media, I want to compose and mix audio for VR experiences, games, sound installations and anything beyond. While composer and audio engineer/programming are typically separate roles, I think one really informs another, and that my studies at NYU will finesse my skills and broaden my perspective in audio engineering. Furthermore, it is my dream to bring advanced audio technologies back to China, where I am from. Although games and VR are already extremely popular, the audio and music portion is still being outsourced to companies in U.S. and in Europe. It will be up to young people like me and my peers to change that and bring our knowledge and experiences to the game and VR developers to enhance their projects. This is one of the main reasons why I chose to study my music technology master’s program at NYU: to become a well-trained audio engineer and audio programmer and to take it home with me.”

The Genelec Dr. Ilpo Martikainen Audio Visionary Scholarship was established in 2018 in honor of Genelec’s late founder Dr. Ilpo Martikainen. For many years Dr. Martikainen was involved in the Audio Engineering Society, including being presented with the AES Fellowship Award for significant contributions in the field of loudspeaker development in 1993, and in 2015 delivering the Richard C. Heyser Memorial Lecture at the 138th AES International Convention in Warsaw, Poland. Now in its third year, this scholarship is awarded annually to U.S. graduate students in the field of audio engineering who are members of the Audio Engineering Society (AES). The scholarship, in the amount of $5000, is being offered in association with the Audio Engineering Society Educational Foundation to students who have a passion of advancing audio through innovation and technology development.

Martikainen Scholarship recipient Gregor McWilliam is also currently a student at NYU, where he is a graduate student in the University’s Music Technology program, with specializations in software engineering, spatial audio, and digital signal processing. He is also currently interning at MediaTek, a leading semiconductor company whose U.S. operations are based in San Jose. His primary responsibilities there include the research and integration of new software modules for MediaTek-powered IoT devices, as well as the development of signal analysis tools through which the performance of IoT devices can be tested.

McWilliam remarks, “I'm delighted to have been awarded Genelec's Dr. Ilpo Martikainen Audio Visionary Scholarship. He was such a pioneering figure in the realms of audio technology, and I know first-hand the ways in which the company he founded has supported engineers and creators worldwide, drawing an impassioned following in the process. This award, established in his memory, will no doubt provide a platform for future innovators seeking to build the next generation of audio technologies. It’s an honor to be this year’s recipient, and I hope that, in my future studies and career, I can follow in Dr. Martikainen’s footsteps by making a meaningful contribution to this exciting field.”

On his future plans, McWilliam adds, “The scholarship will assist greatly in the pursuit of my research at NYU. The COVID-19 pandemic, which began just months before I was due to begin my studies in New York, resulted in a widespread shift to remote work, highlighting both the incredible utility and tiresome shortcomings of many online communication platforms. Consequently, much of my research is currently driven by the possibilities for improving human interaction with and through technology, removing many of the limitations we have largely come to accept. My thesis project is an immersive videoconferencing application that combines digital signal processing, spatial audio, and head-tracking technologies to create the perception of a real, three-dimensional auditory environment, with participants’ voices appearing to propagate from a real-world space. As processors become ever smaller and more powerful, and investment in XR and IoT devices continues to thrive, there are boundless possibilities for impactful new audio technologies in consumer devices - voice assistants providing only one such ubiquitous example. My ongoing projects and their related research will certainly be aided by the scholarship, as I look for paths toward a next generation of audio experiences. Indeed, with such technologies appearing poised for substantial growth in the coming years, it is truly a very exciting time to be working in this field.”