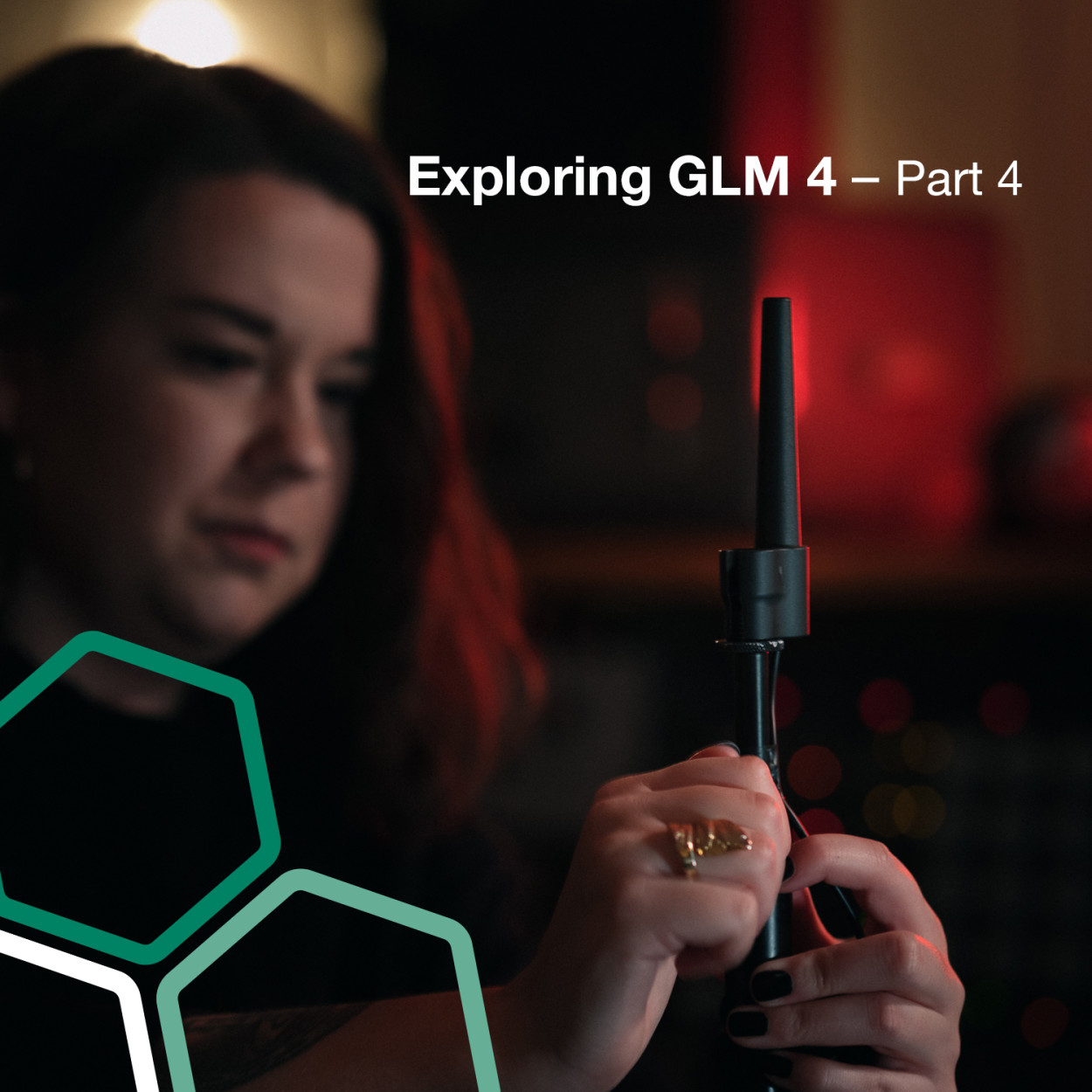 Having been closely associated with the development of GLM software right from the very beginning in the early 2000s, I figured that writing this blog piece would be easy. But keeping it under 1,000 words would be tough. There’s just so much...

The back story is simple. Over the years as far as the mid to late 80s, Genelec product specialists and design engineers had gone out and performed hundreds of control room calibrations. “Lunchbox” sized computers often called “barely portable”, were used in conjunction with full sized sound cards and ran the MLSSA acoustical measurement system for analysing the monitor response in control rooms and production facilities. These visits were of great benefit not only to the end user or facility, but also to Genelec who then gained a glimpse of how users set the monitor’s room correction DIP switches, if at all. We could also see what improvements could be made by moving the monitor, as well as properly adjusting those DIP switches on the back of the monitors – a feature included right from the very first Genelec models produced in 1978.

The genesis of GLM

The quick observation was that almost 50% of the users never touched the switches and, more often than not, had less than optimum response curves. My own experiences, starting in 1996, validated this trend. Sadly, many discussions spanned a wide variety of opinions that sometimes concluded by blaming the monitors for poor performance. Genelec’s founder Ilpo Martikainen would often say the perceptions may have been correct, but the reasoning behind them was often flawed. Having these insights was the genesis and rationale for embarking on a DSP monitor project. Digital connectivity and computer control was the available gateway for the final and most important piece of the project – automatic calibration for level, time of flight delay and equalization, which we would subsequently introduce as the AutoCal room calibration algorithm within GLM. Our goal would be to provide control and good objective calibration of up to 30 monitors, and within that “complete system approach” we’d have the flexibility to configure to any mix environment from stereo to multichannel, and now immersive.

By the end of 2004 we’d still not perfected AutoCal, but it had taken so much development work just to get to a stable platform first, with all the individual elements being designed and tested such as monitor hardware, network control, UI development and microphone design. We knew we had to have all of the functions ready for the release of GLM. Our experience had taught us that end users appreciate the importance of solid objective results.

In early 2005 we were running the first alpha versions of both the AutoCal and AutoPhase algorithms. The development specification was “sealed” in order to test as thoroughly into the UI as possible, and assess what changes or additions needed consideration. This took hundreds of man hours of testing. Once we were convinced our configuration outcomes and calibrations were stable and correct, we entered the beta phase, taking stereo and 5.1 systems to a few facilities to gather more feedback.

With every demonstration and calibration, I became increasingly convinced that the pro market would embrace GLM as the future platform for professional monitoring. But given the market had not asked for this product, we recognized there were some potential uphill battles. Notwithstanding the initial lack of Mac support on first release, there was some resistance at the dealer level. There was nothing like GLM on the market, and its novelty seemed difficult to grasp.

When GLM 1.0 and the first Smart Active Monitoring products were released in 2006, the market was long accustomed to users treating a studio monitor as if it was “just a loudspeaker”, and this gap in understanding was a huge void to fill. When you live inside the development process, it’s easy to see the rationale. From the outside, it can be overwhelming.

Still, there were early adopters and the word slowly spread. A year later with the development team still hard at work, the next release got us to Mac OS (Panther) and a new Network Interface with our own soundcard and mic preamp making AutoCal calibrations more seamless for the end user. We also introduced the GLM.SE systems configured with the 7261 subwoofer and 8130 digital input monitors for small environments. Our demos to the dealers took a significant turn for the better and the bruises of uphill battles were becoming less frequent.
In 2014 we introduced GLM 2.0 with a substantially new UI supporting the growing number of Smart Active Monitors including the radically different 8351 coaxial 3-way. In 2018, GLM 3.0 was introduced enabling up to 80 monitors to live on the network, with calibration support via the Cloud.

Now, GLM is about to enter a new phase with the upcoming release of GLM 4.1 on July 15th. With its significant technical improvements and new features, GLM 4.1 is set to make the monitor-to-room interface even more perfect and flexible.

It’s not by luck that more and more customers have come to learn, as I have, that GLM and Smart Active Monitoring is here for every type of user; be it bedroom to penthouse, private to corporate, post production to broadcast, and of course home audio customers too. The more you use it, the more it just makes proper monitoring sense.

There is an old saying that says “time flies when you’re having fun.” Personally, I’d have to agree since the years of GLM development and growth of the product line has passed by incredibly fast. It’s been extremely enjoyable, educational and, most importantly, gratifying to see the growing number of users that embrace and love it. Our US Marketing Director, Will is a 25 year veteran at Genelec. His professional history spans radio-telephone engineering, live and studio TV audio production, commercial post production, music recording, studio design and product development. Will is a strong advocate for the customer who is looking to get the most out of their purchases, and in his spare time is a private pilot who frequently enjoys “just getting in the air and forgetting about everything else”.