null To design the future, we must let go of the past 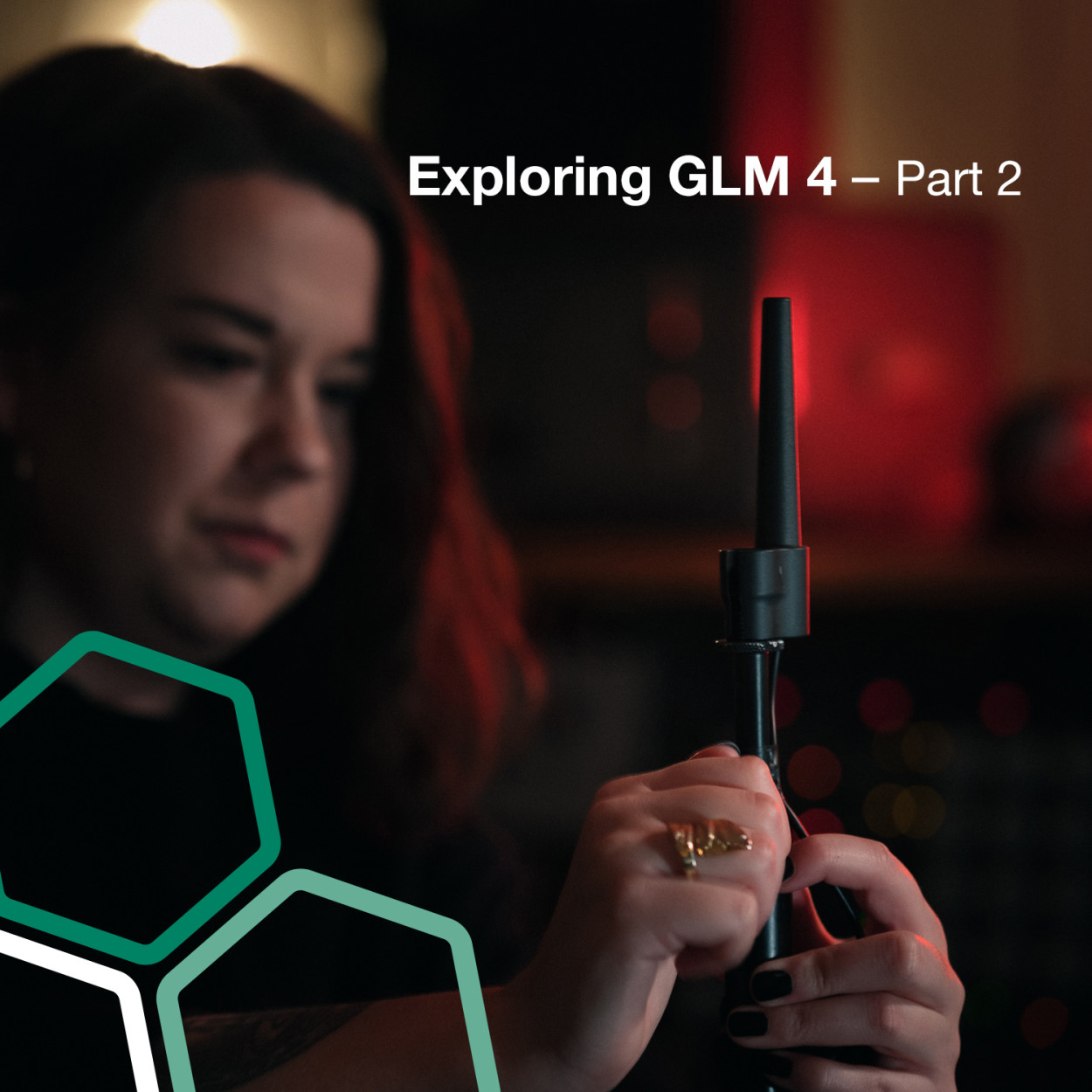 “When I let go of what I am, I become what I might be,” said Lao Tzu in the sixth century BC. This has now come true for the development of Genelec Loudspeaker Manager, our ubiquitous solution for the calibration and management of our Smart Active Monitoring systems, which has now reached its fourth version.

To be reincarnated as the new and more powerful servant for the modern audio professional, GLM 4 had to be redesigned from the ground up. That is never an easy or simple process.

As the computer world marches on, the era of compatible 32-bit software was coming to an end, and the world was moving to the new and more capable world of 64-bit computation. This meant fundamental change to GLM, like so much other trusted software lately. More than a year before its release we started working on a new design that eventually became GLM 4. We started from nothing, as it turned out that the toolsets in the software industry were also going through a similar transformation. The first challenge for us was to identify a new toolset for programming. Having done that, we realised that very little of the old development could be re-used immediately in the new design. Frankly, we were facing a total redesign, from the ground up.

Even if it is hard and tedious, having to start all over again turned out to be a very stimulating possibility.

So we went right back to basics – what is essential, what is the user looking to find in GLM, and how should we present everything so that GLM becomes easy to approach and helpful? We started searching for a new concept, a new paradigm.

Genelec’s industrial design partner Harri Koskinen with his colleague Janne Räty proposed the concept of a beehive: hexagonal shapes that enable the user interface to grow to present several layers of monitors, suitable for describing an expanding immersive audio monitoring system. As you may know, GLM supports the largest number of monitoring channels in the industry. In one room, more than 80 monitors and subwoofers can be supported. We needed a presentation that can grow to support large and complex layouts without being a problem for compact ones, still remaining efficient for basic stereo. The beehive concept enabled us to scale efficiently while presenting the essential. Beehives are organic structures, and the nature has optimised them to be compact, dynamic, and practical. They grow naturally. So, the beehive became the fundamental building block and the central theme for the new GLM design. 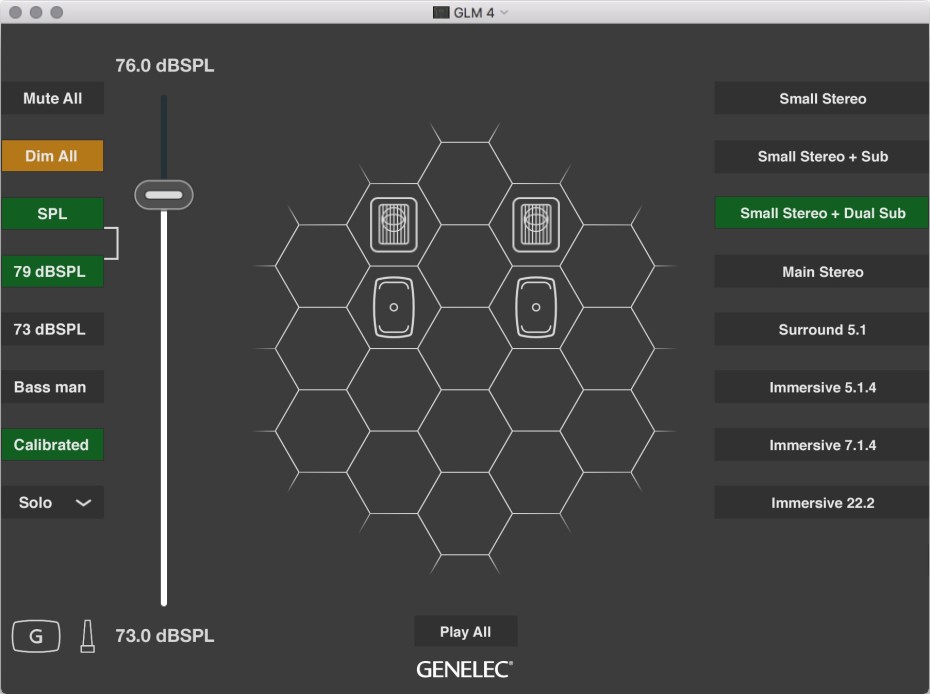 The next challenge was to identify other interaction concepts and to optimise the controls. With Janne we spent significant time prototyping these interaction concepts, such as the right way of presenting menus, controls, and windows for interaction. We wanted new flexibility, allowing us to more easily translate GLM and offer easy-to-approach localised versions.

In GLM 4 we are empowering users in their own language and we can adapt the user interface to speak many languages. Besides the ubiquitous English language version, this finally enabled us to create a native Finnish version of GLM, along with many other more widely used languages. GLM now truly became a Finnish product, not only having been designed, built and maintained by Finns, but also speaking the local language, too!

Cloud computation is rapidly growing these days, changing the way that information technology is being built. Cloud computing offers immense new potential for Genelec customers, as well. With GLM 4 we are taking significant steps to empower the top acoustic engineers with cloud computing, by allowing GLM’s default automatic system calibration, AutoCal, to take place in the cloud, enabling the customer to always use the best and the latest methods, tools, algorithms, and data for system calibration. Now, no matter where you are as an audio professional, you can always access the latest and the most advanced calibration methods. Because they are in the cloud, these methods continually evolve and improve. We all feel really very proud of this achievement.

One of the key features in GLM 4 is its role as a bridge to enable all Smart Active Monitors to work together at their highest performance level. We have been offering smart monitoring technology since 2006. Over the years, semiconductor technology has been evolving at an increasing rate, and for our customers this means that the new monitors and subwoofers that Genelec introduces tend to become more smart and more capable, with improving sonic precision. For example, the W371 Adaptive Woofer System is able to transform the way low frequencies are radiated by the loudspeaker, by using carefully engineered signal processing. By working with GLM 4 and The Ones coaxial monitors, the W371 enables an entirely new level of sonic accuracy, now reaching across all frequencies, including the very lowest ones that are usually notoriously difficult to manage – as the low frequencies are much more affected by the room acoustics and monitor placement. 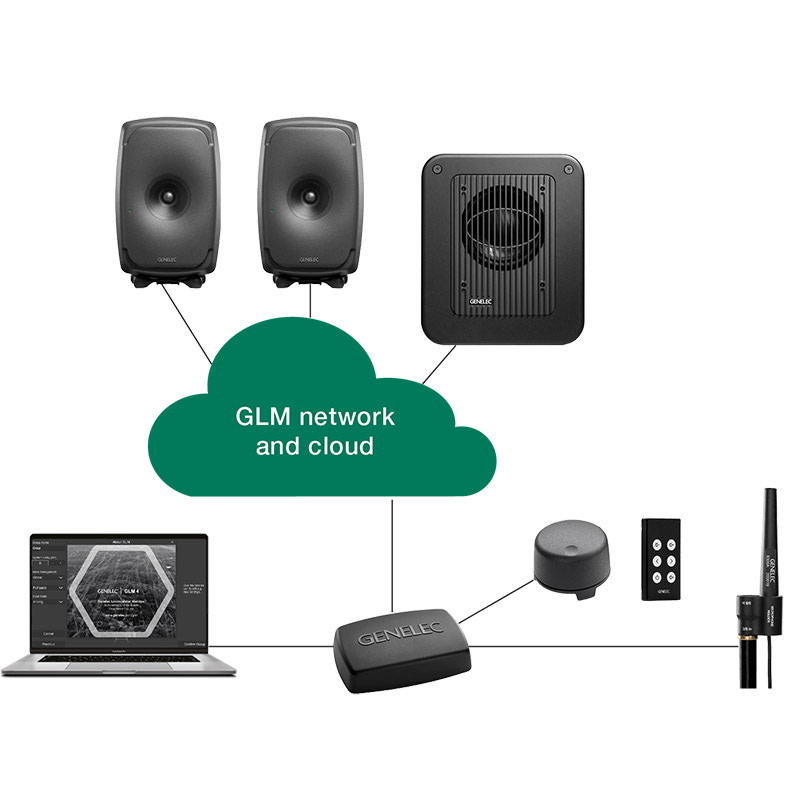 Enter GLM 4. Because we take a full and complete measurement of the entire acoustic fingerprint of every monitor being affected by the room’s acoustics, we know a lot and can reduce the impact of the room, to ‘clean out’ audio at the listening location, and to render all monitor channels similar. All this creates significantly more accurate audio at the listening location. Everything falls into place. If you invested in Genelec Smart Active Monitors 15 years ago, your monitors will still work as part of your system as well as when they were first launched, if not better! GLM has been improving with every new version, and with GLM 4 you’ll understand what we mean when we say that owning Smart Active Monitoring technology is a safe, long-term investment. With GLM 4 you’ll get continued service from your monitors and subwoofers, whenever they were purchased – in keeping with our philosophy of sustainable manufacturing.

“When I let go of what I am, I become what I might be” has certainly come true for GLM 4. The Loudspeaker Manager software is more complete and more capable than ever before, future-proofing your investment in face of the relentless forward-marching of modern IT technology. New foundation, new capabilities, new and friendlier design, all because we let go of the old and were able to renew. It may be an old truth, but it is still valid today. 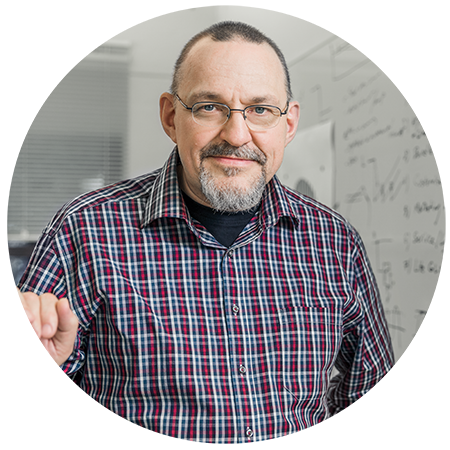 Aki Mäkivirta joined our R&D team in 1995 to pioneer the creation of the original 8200 range – our very first Smart Active Monitors – finally becoming R&D director in 2013. Aki is universally recognised throughout the audio industry as a multi-talented technology leader, a published researcher and a knowledgeable lecturer, and he has greatly contributed to our global success and to many technical innovations in his field of expertise.