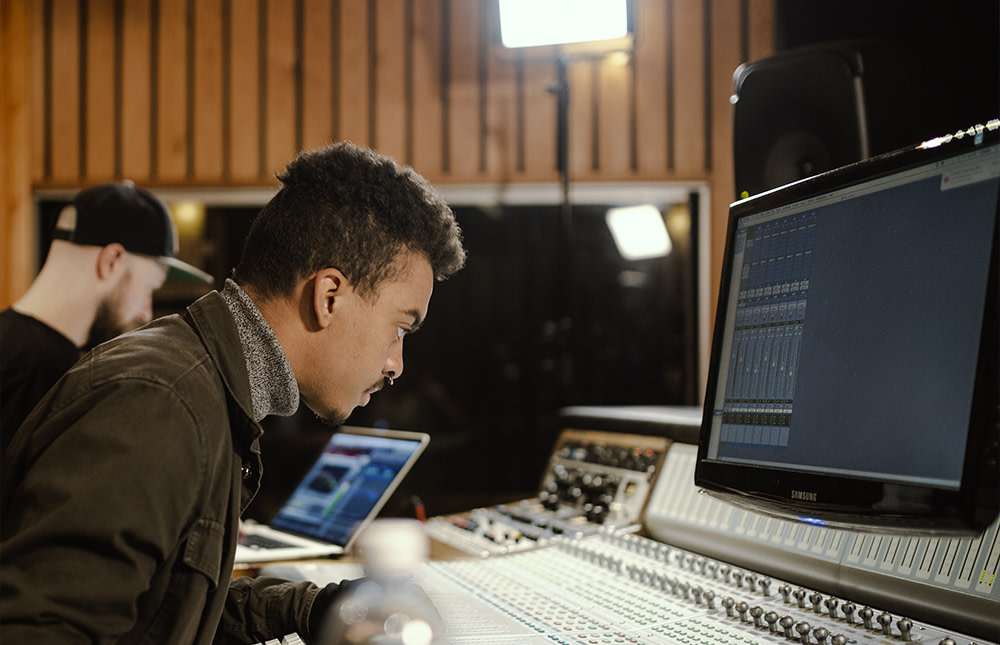 A lamp shines the same colour regardless if it's in the middle of a room or close to a wall, but loudspeakers are completely different. A well defined spectral balance in your monitors can only be assured by adjusting them in the room after placement.

Genelec monitors have always been individually tested and adjusted for a flat frequency response in an anechoic room before leaving the factory. When used in the real world, however, room and placement needs to be taken into account. That is why Genelecs for decades have had DIP switches. If you just leave all switches off, the monitor has a flat on-axis frequency response in an anechoic room, or standing free outside; but it most likely won't provide anywhere near a flat response when used in a room or studio.

With newer Genelec monitors, in-room frequency response may be accurately measured and automatically calibrated using the GLM application which runs on a Mac or PC. Based on data from thousands of studios around the world, and on perceptual research, GLM uses an expert algorithm with scaled smoothing to measure and to set a flat response where you wouldn't believe it possible. For more info, see our recent Tonmeistertagung and AES papers about singlepoint vs. multipoint spectral calibration.

Once GLM has served you a flat in-room frequency response on a silver plate, the result might be brighter than you like. While a flat frequency response is necessary as a reference, it may not be perceived as the best option with all types of content and environments, particularly when working long hours and monitoring above 80 dB SPL. I therefore typically roll off gently by around 3 dB above 10 kHz, but that's a question of personal taste, and may be influenced by room and listening distance also. Anyway, it's easy to add such manual trimming in GLM, once the response has been auto-calibrated to flat, so that's what I generally do.

GLM can also calibrate level according to broadcast and film standards, compensate monitors for different listening distance, and offset an entire system for lip sync, but those are separate stories I'll get back to.

Featured Posts
To design the future, we must let go of the past
GLM 4. The natural bridge between creativity and science
Introducing She Knows Tech
The art of creating in your space
More posts