Multi-GRAMMY®-nominated producer and engineer Jeff Balding takes mixing to the next level and upgrades his studio with an all-Genelec immersive-sound system.

“My interest in converting the studio to an immersive environment was spurred with Apple announcing that they’re diving into immersive audio, and considering that everyone has access to binaural mixes, immersive audio struck me as something that is here to stay, and it's something I wanted to be a part of,” stated Jeff Balding. “On top of all that, I’ve always tried to make stereo mixes more 3D, so this is a very instinctive format for me. A Dolby Atmos setup is an environment to hear in that perspective, and that was a big interest for me. It was an opportunity that I thought I should seize.”

When it came time to make a decision on what monitors to employ for his new immersive studio, Balding says the decision was easy. “I was looking for a speaker system not only that sounds great, but one that had an ease of getting consistency between speakers. It had to be an amplified speaker with the technology to manage the system. Genelec came to mind immediately, specifically with its GLM software for set-up and control. Ultimately, it delivers ease of use on top of the sound I wanted. I’m very familiar with Genelecs; I’ve been using Genelec 1031s for years, and then when The Ones came out, I stepped up to 8351s and a sub for stereo. So then, when I went immersive, I just expanded that system. I’m extremely comfortable with Genelec and happy with how it translates.”
Balding employed the GLM™ (Genelec Loudspeaker Manager™) software to help in the management of the immersive monitoring. “GLM is an integral part of my setup,” stated Balding. “I’m coming out of my I/O’s AES outputs and feeding the speakers’ AES inputs. So everything stays in the digital realm. The GLM software is key to flexibility and control of the Genelec system.”

As immersive production is a new and evolving realm, Balding checks his work a number of different ways to make sure the final product translates to a wide variety of playback sources. “I check the mixes not only on the Genelecs, but also on different components from Apple AirPod Max headphones to their spatial earbuds to regular headphones. And then, bouncing out an MP4 is currently our way of making a very close check of how the mix will sound when rendered by Apple,” said Balding. “You really have to just cross-reference everything. In a lot of these situations, there’s a stereo mix already out there or being released alongside the immersive mix. So, you have to make sure that you’re translating and conveying what the stereo mix delivers to the consumer, musically and emotionally, to make sure they feel like they're experiencing the same record when they hear the Dolby Atmos mix. It’s a complicated process, as listeners don’t necessarily always know which mix they’re hearing, because it might depend on the device, the software, the headphones, user settings or other factors. But whichever mix they are hearing, the experience must shine through. There’s a lot of QC that goes into immersive production. That’s a big part of the time involved in doing these mixes. It’s a similar process to something we’ve done for decades: doing a mix on a set of really nice studio monitors and then going, ‘Okay, how’s this going to sound in the car and on a boombox and whatever else the consumer plays it on?’ It’s basically the same process, just more intense because there’s a lot more going on when you fold down the immersive mix and compare it to stereo binaural.”

Currently Balding is working on a wide variety of projects with immersive mixes for Blake Shelton, Train, Thomas Rhett and a host of others. When asked if he was having fun mixing in immersive, Balding replied, “Oh man, I love this format, and I love mixing in immersive. I go back to what I said earlier: in my opinion, this is how you really want to experience music. And it’s how I want to create music as well. I look forward to coming in to the studio every day, because I feel like the creative playground is so much larger, and that excites me. In terms of both space and tonality, there is just so much at your fingertips you can do with an immersive project. Some may have a hard time adjusting to the format, but for me it’s a perfect marriage.”

“And I could not be doing what I do without the support from Genelec,” he continues. Genelec’s customer support has been unbelievable through all this. They helped me get up and running quick, right when I needed it. When the lockdowns started to subside, Genelec brought together everything needed to get me in motion quickly; I had immersive projects sitting at the door waiting to get in, and I needed to get to work. Genelec was right there in step with it all, making sure what needed to happen, happened.” 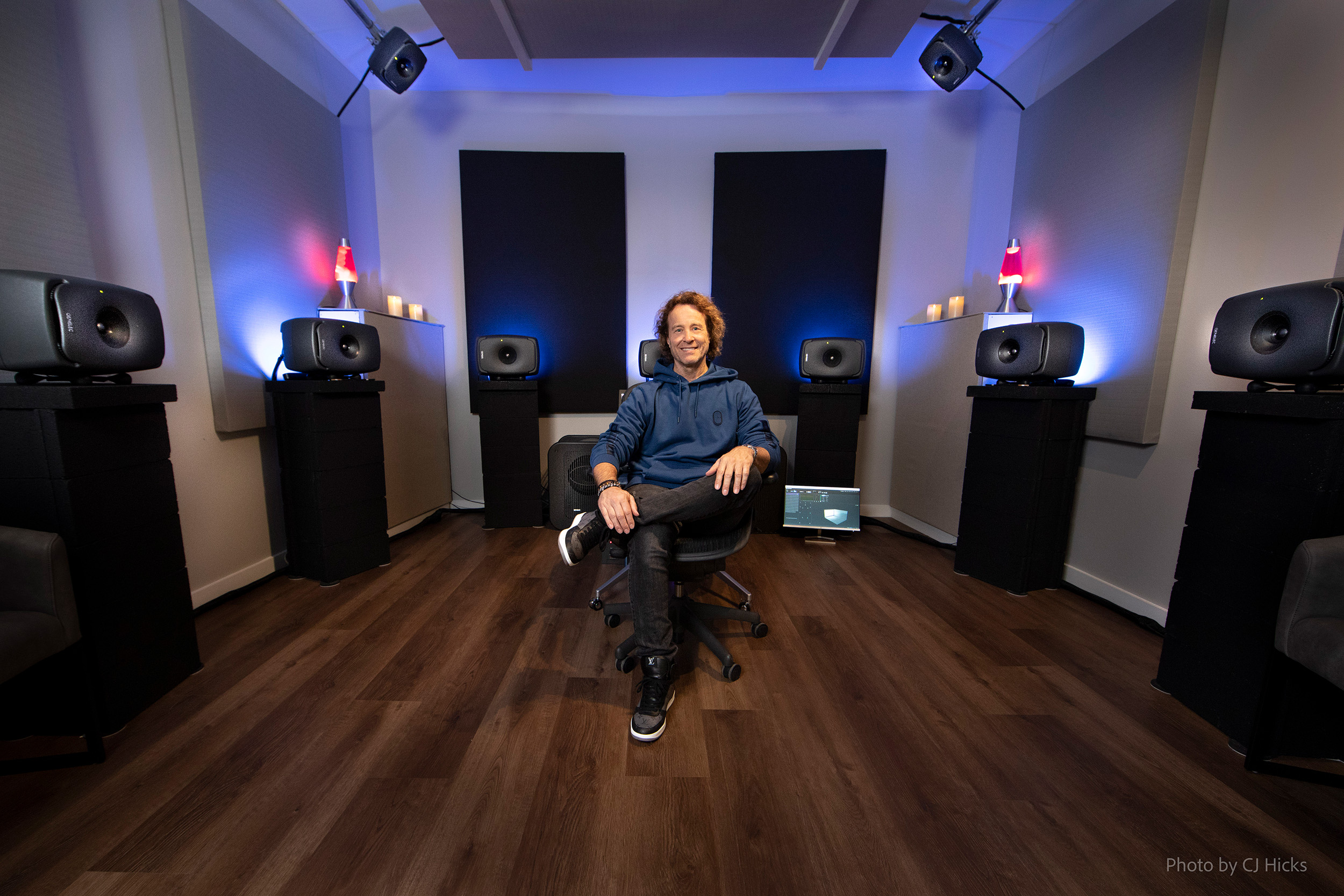