Written by Timo Kangasluoma, Marco Hietala's biography Ruostumaton (Stainless) was launched in the Genelec Artist Room, Helsinki on October 12th. The biography of the world-famous Nightwish bass player and vocalist is a candid record of Hietala’s career and private life, both of which were occasionally rough: “The restaurant staff were aghast – no way that bunch could be tonight’s band. But, regrettably, it was.”

The book covers Hietala’s rock’n’roll youth in Finland and abroad, including the clichés of trashing hotel rooms, drunken gigs and recording sessions, but also the dark side: the feeling of alienation, depression and alcoholism. 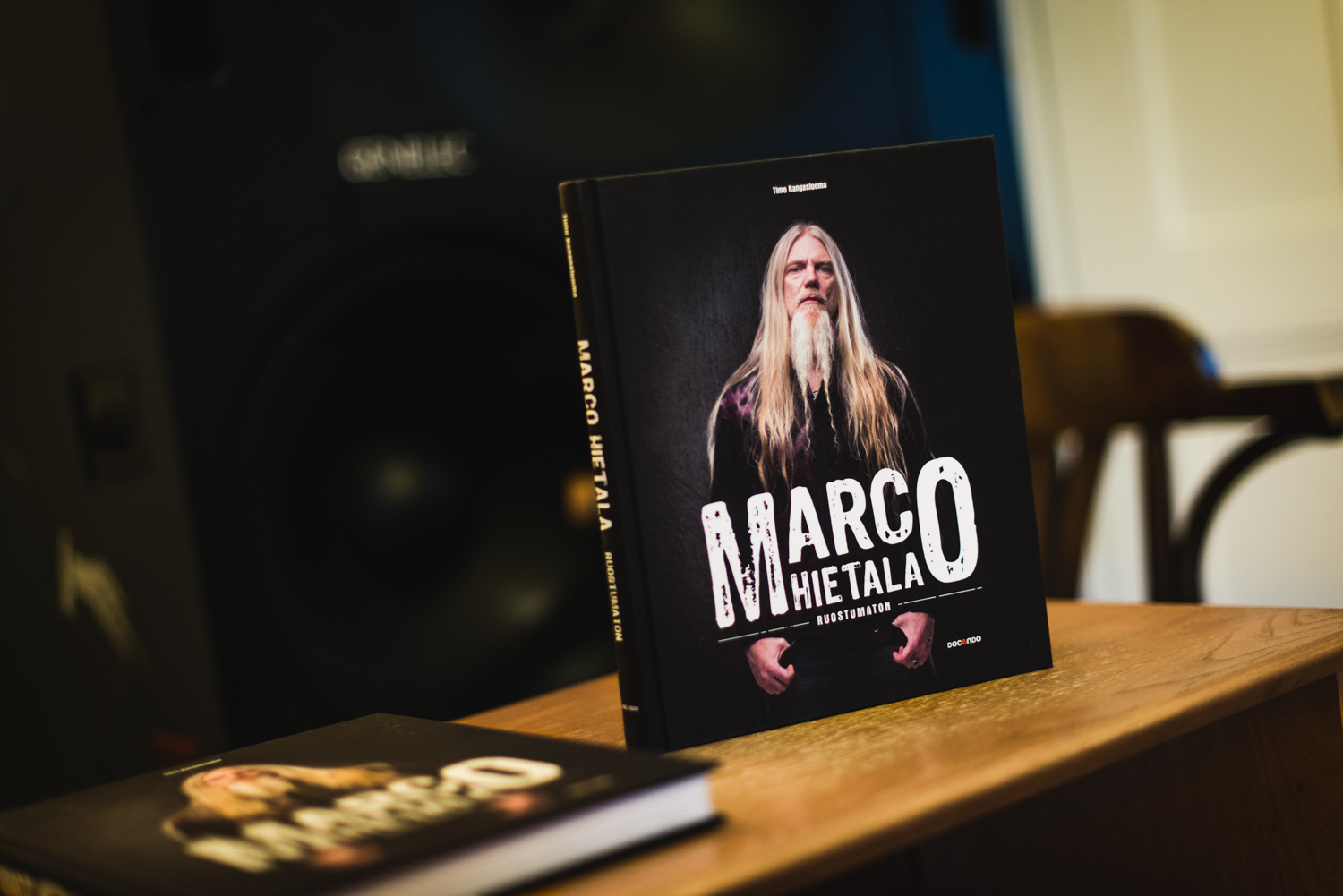 At the event, writer Kangasluoma and Hietala explained the process of writing the book. Although Hietala had been through many adventures in his career, the situation of being interviewed alone - without the support of other band members by his side - was a new experience. Many questions dealt with his private life, which he had not spoken about in public before. 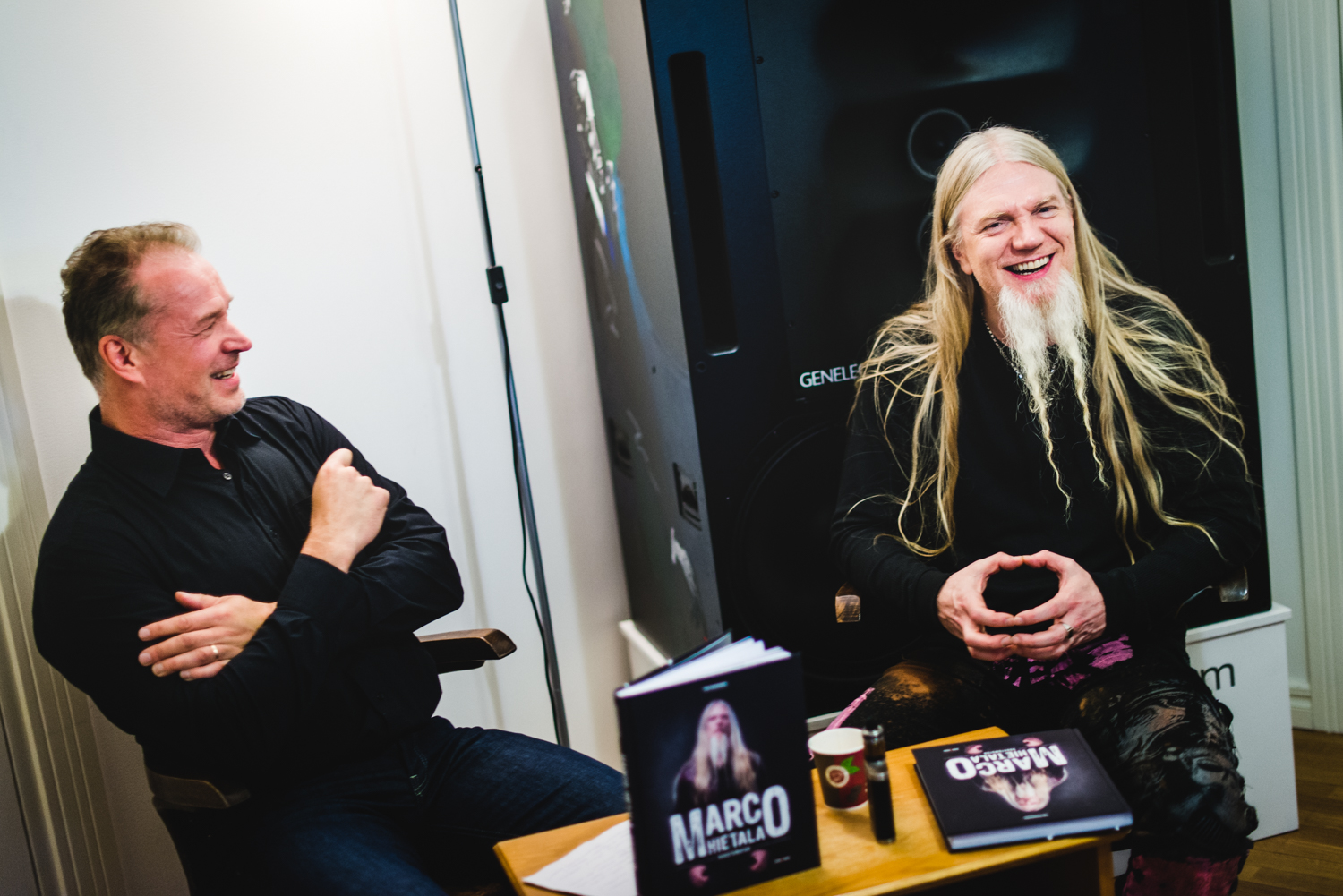 Hietala performed at the launch with the semi-acoustic Powerless Trio. The other members of the trio are Ari Koivunen and JP Leppäluoto, both established artists in the Finnish Heavy Metal scene. The trio performed its first live gig of four songs to the journalists attending the event to a great response, with spontaneous tapping of feet and clapping of hands by the audience. 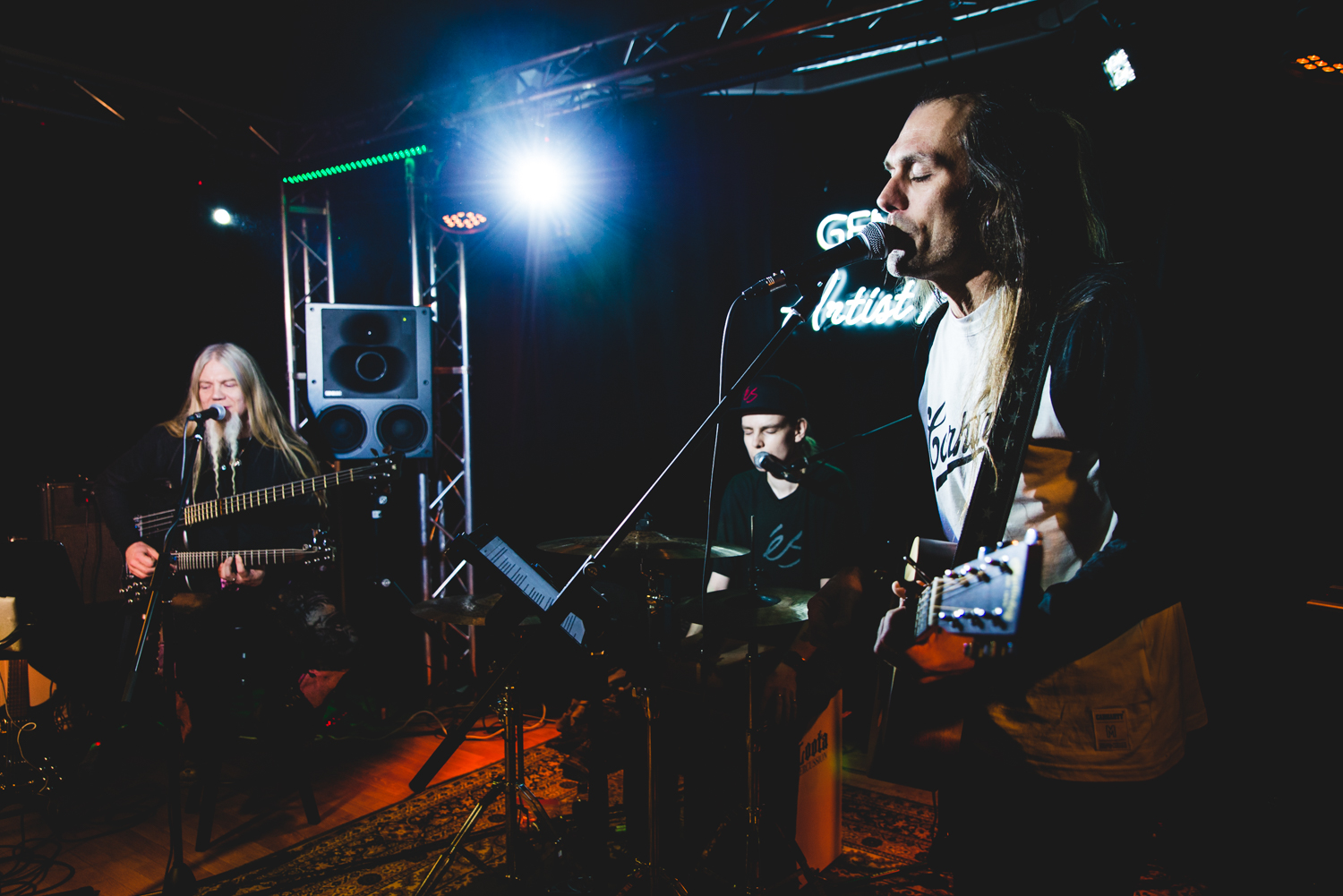 As bass player and male singer for Finnish symphonic metal titans Nightwish and Tarot, Marco Hietala is a hero to music fans all over the world, as well as a force to be reckoned with on stage. Having recently moved into a new home, Marco has created a remarkable home studio, named Marco’s Cockpit 2.0, complete with Genelec 8351 SAM™ monitors.