“The 8361s give me the sound, the low end, that I need to mix pop and R&B records without the need for a sub. I can turn them up and not lose the sound quality. They’re the perfect speakers for what I do. And they look great.”

In many ways, the fundamentals of music production have not changed: writing a song, then going into a recording studio with an engineer and a producer and putting it all together. On the other hand, Tyler Costantino — TyCo, to his friends and colleagues — and his PNDA Studios, in Haddonfield, NJ, just across the Delaware River from Philadelphia, are emblematic of how music production has evolved with the rise of social media. The Full Sail University graduate and his partner, Kate Nece, who does video editing, have some of what would be considered traditional music clients, including several successful singer-songwriters. But much of PNDA’s success is based around TyCo’s astute understanding of how music and social media intertwine.

He produces and also manages several high-profile influencers — creatives whose talents are often less traditional but no less impactful on a digital landscape. They include Mark Thomas, aka Duhitzmark, who boasts millions of followers and was one of the first and biggest stars on the social media app Musical.ly (later merged with the wildly popular app TikTok), Nashville country/pop artist Dalton Mauldin, and JJ Hannon, whose Instagram account has 1.3 million followers. Tyco, knowing the influencer space on all social media platforms, has also used TikTok to market artists for major record labels. 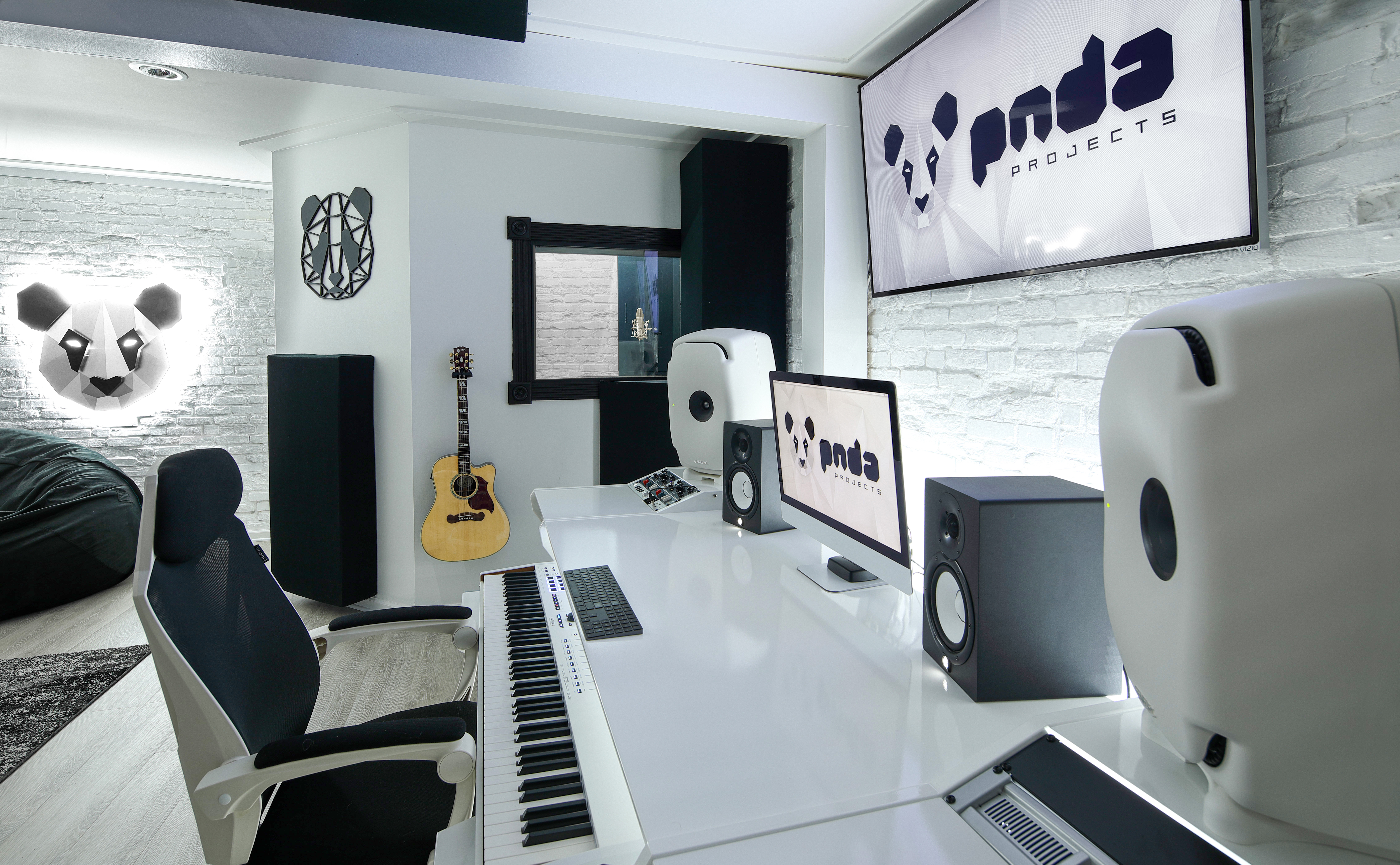 That’s where Genelec comes in. TyCo first heard Genelec 1031s as a student at Full Sail. “I fell in love with them immediately,” he recalls. “When it came time for my first studio, which was more traditional, I went with the 8050s. I stayed with those for eight years.” For the latest iteration of his workspace, TyCo continued with Genelec, but this time moved on to the 8361A 3-Way Coaxial Smart Active Studio Monitors – the largest system in Genelec’s “The Ones” series.

And while they offered him the same accuracy and authenticity that Genelec is revered for (as well as Genelec’s Smart Active Monitoring technology and GLM calibration software that adapts itself to the room), this generation of Genelec also satisfied his design-aesthetic needs, with a stark white-and-black motif that perfectly matches the rest of the studio. “I literally built this studio around these speakers, both in terms of monitoring and in terms of the look,” he says. “The 8361s give me the sound, the low end, that I need to mix pop and R&B records without the need for a sub. I can turn them up and not lose the sound quality. They’re the perfect speakers for what I do. And they look great.”