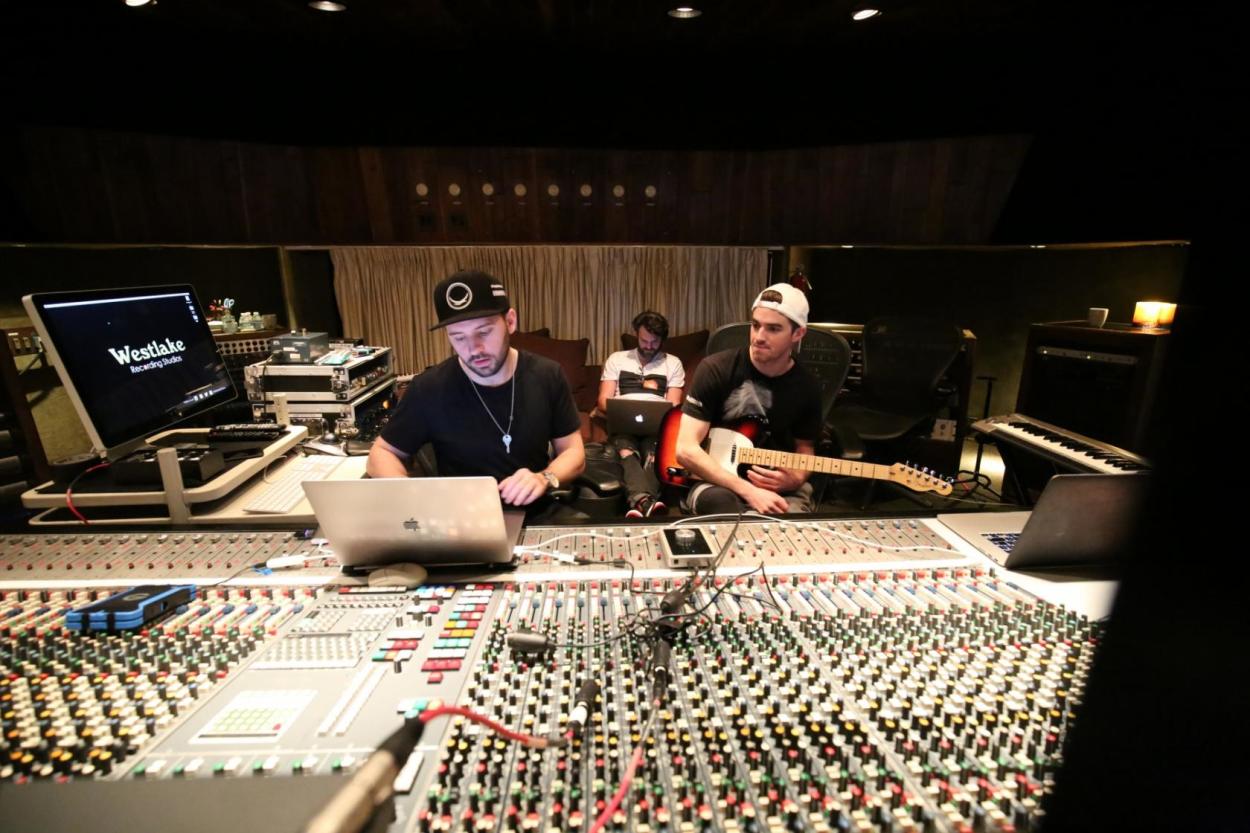 Earlier this month, The Chainsmokers’ debut album, Memories... Do Not Open, was released, and soon rocketed to number one spot in the US. The record was mixed and co-produced by two-time Grammy-winner, Jordan 'DJ Swivel' Young, on his trusted Genelec 8351s.

Earlier this month, The Chainsmokers’ debut album, Memories... Do Not Open, was released, and soon rocketed to number one spot in the US. The record was mixed and co-produced by two-time Grammy-winner, Jordan 'DJ Swivel' Young, on his trusted Genelec 8351s. He takes us through the process.

“I started working with The Chainsmokers two years ago in New York. They had given me six songs just to listen to, and they wanted some feedback on; they were curious, and they asked me how to make it better – it was more of a friendship thing, really. A few weeks after that, they gave me the first song they wanted me to mix – it was called Good Intentions, from their Bouquet EP. Next time I heard from them was when they’d written Don’t Let Me Down; it was a totally different musical direction, and it just sounded like a smash, so I mixed that. From there, it turned into a success in a month or two, and shortly after that, they gave me Closer, which became the third song we worked on.

They’d put out one song at a time until they had a collection of five songs, and then they would package it into an EP. Once the demand got so high, they knew it was time to make a record. After their Collage EP, they went out on tour in Europe, and when they came back, Drew (Taggart, one half of The Chainsmokers) played me two more amazing songs, one of which was Paris, and then at the top of this year, we really started digging in.

I mixed the whole thing at home, but as far as vocal production and recording, we used Westlake in LA for the most part, with a few days at Paramount, a few in The Village, and Paris we did at Jungle City in New York. The record was mixed completely in the box, and part of that for me is the convenience. Mixing is about being comfortable. It comes back to your ears – as I have said many times, I am an ear head, not a gear head. There are tools I love, of course, but if I lost them tomorrow, I would still find a way to mix a great record.

The mixing was mostly done using my Genelec 8351s - I just love those speakers, especially as I am mixing at home and it’s an untreated room. The room sounds okay, but there is definitely some reverb and noise here and there, and the Genelecs just correct any problems with the bass, which is just perfect for me, so I live by those speakers.

What I will say is, don’t expect what you would expect from The Chainsmokers, because this is not an EDM album, it’s a pop record; and it’s more about the songwriting and production than the groove. Most of the songs started on piano and vocal – and once that is done, you just build around it. And we’re all really pleased with the results!”