null At Home with Josh Cumbee

We catch up with Josh at his home in Los Angeles, and find out about his background, his studio - and his top tips for being creative during lockdown!

My Dad played guitar and liked to jam to Tears for Fears in an old Camry. What more do you need as a kid to make you want to pick up an instrument?

It must have been four times my age at the time - a Tascam 4-track cassette tape recorder that my Dad used back in college. I eventually saved up enough money to buy Sony Acid 3 for my PC, and from there it was ‘off to the races!’

What was the last piece of gear that you bought?

My RME UFX+. I was on an Apollo for a long while, and finally made the plunge for more I/O and better drivers.. all I have to say is wow, I had no idea what I was waiting for.

In which room in your home is your studio based, and were there any challenges in setting it up?

I’m really lucky to basically have the bottom floor of my house dedicated to my studio setup. Better yet, it came partially set up with some treatment, patchbays and grounded outlets all ready to go - so all I had to do was add more treatment, furnish it and get all the gear working. 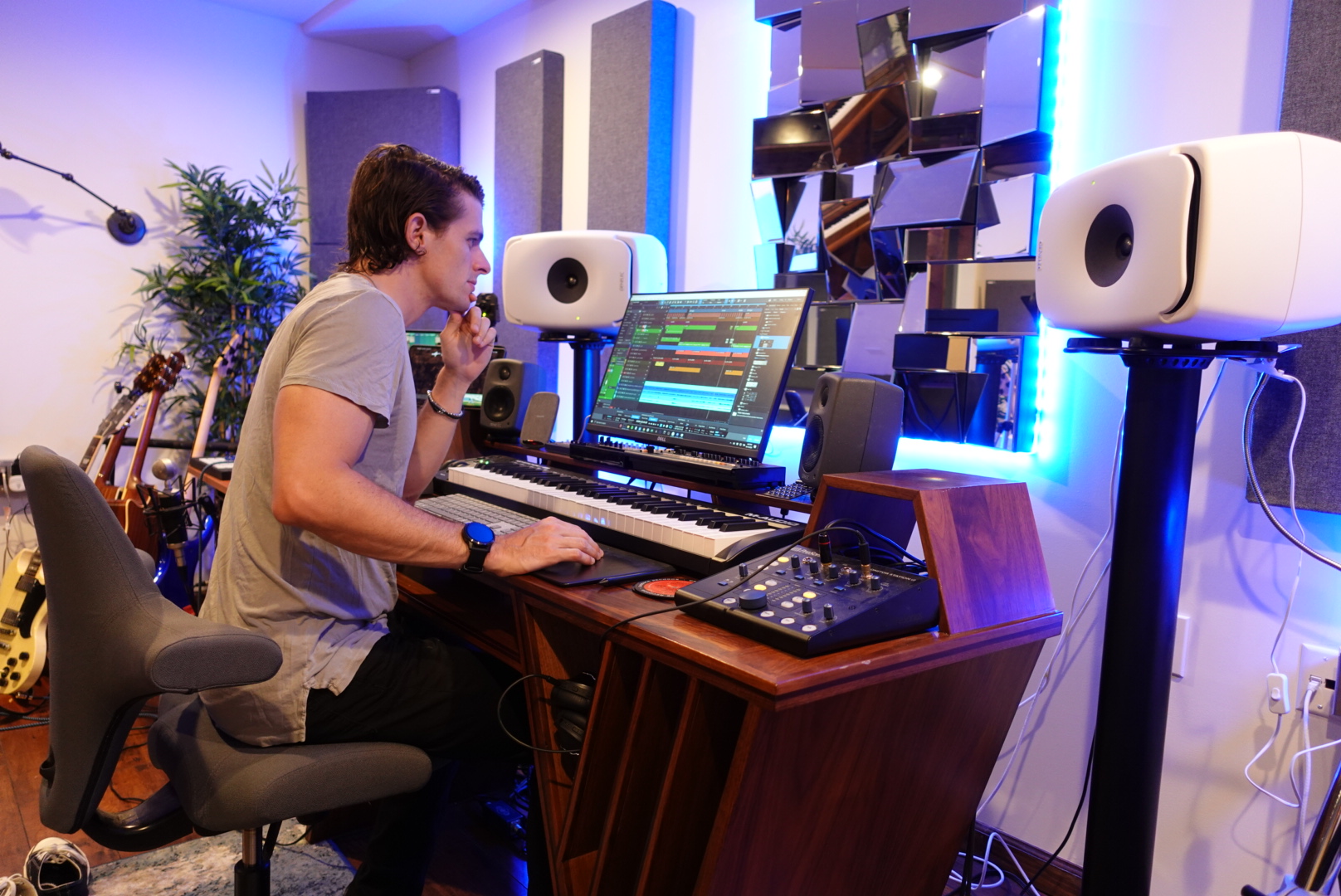 What type of projects do you use your speakers for?

A little bit of everything. I feel super fortunate to produce and write in many genres, from EDM and Pop to Latin, K-Pop, C-Pop, Film & TV, you name it really. My speakers are an integral part of every project I work on.

What do you think of the speakers, and what do you like about them?

I waited a long time to spring for the 8351s, and now that I have them I honestly don’t know how I lived without them. The stereo image is surgically accurate, the frequency response is insane ‘sans-sub’, and the presentation is such that I can work on them for a long time and not get the same level of ear fatigue I would experience on other monitors. And of course nothing beats the 8010s for tossing a few indestructible, great sounding speakers in a bag and hitting the road.

Have you used GLM software to tune your speakers to the room, and if so what difference did it make?

I use GLM to tune to my room - it’s an awesome feature. I have used other VST-based solutions, and while they’re insanely impressive I’d be lying if I said I hadn’t forgotten to leave them on the master buss once or twice. GLM gives you the same level of tuning and room compensation, but without adding latency or sucking up valuable CPU cycles.

Oof, tough. As a creative I pretty much live for the moment in songwriting/production when, for lack of better words, the trees suddenly become a forest.. you’ve been playing with parts, caught bits of inspiration here and there, and all of a sudden the fog clears and you hear the “song” for the first time. It’s electric, inexplicable, and magical every time. It doesn’t happen every day in the studio, but I live for the days that it does.

Mixing in-the-box or not? What do you prefer?

Apples and oranges! I love the freedom of mixing in the box, being able to start a mix in LA, jump on a plane and tune vocals, then put final tweaks on it in a studio halfway around the world the next day. That will always blow my mind. That said, there’s something about sitting down to do a mix on a console that is pure magic. Your toolset is a little limited, but running everything through the same circuits creates this imperfectly brilliant glue that binds things together in a way that is almost impossible to replicate in the box… it’s a luxury I cherish when I get to work on records in the analog world.

Show up every day (with the exception of some time off to let the brain rest, of course). Doesn’t matter if you’re inspired or not, put the axe to the grindstone and see what comes out. And whenever I get really stuck, I stop to think about what I might really love about the creative process - maybe it’s making a funny beat with a weird-found sound, writing a satirical song with zero commercial potential, or even something beyond music like 3D modelling furniture or long-form prose. What is important is to show up to the arena every day, put in the time and trust that the habits you’re forming will help you create effectively in the long run.

Shoutout to Audiomovers - amazing VST that streams high quality audio over the web, so those Zoom sessions don’t have to have terrible computer audio for the production. I’ve also loved using Google Duo for sessions when I can, it’s much higher quality and lower latency than most other options.

Chance the Rapper, Jon Bellion, and Adele. I know, greedy as hell, but why not?

I’ve done more demos than I can count using WhatsApp voice memos for lead vocals (something I never thought I’d be doing at the top of the year). I’ve had to get pretty good at cleaning and improving the vocal sound to be good enough for the demo, part of which is manual, part of which is accomplished with awesome tools like Soothe, Gullfoss, iZotope RX, etc.

Billie Jean with Michael Jackson and Quincy Jones. If I recall correctly, Michael famously wrote the song, down to almost every last part, on a voice recorder and brought the arrangements in. I would have killed to be a fly on the wall and see that song go from stacks of vocal loops to the masterpiece that it is.

I really don’t want to say my Genelecs just because y’all are asking.. but outside of my laptop and a mic they’re the most inspiring part of my studio for me. When I’m mixing they’re a microscope, when I’m creating they’re a stadium sound system.. they’re the greatest luxury in my studio and also in many ways the greatest necessity. Thank you for making such great gear! 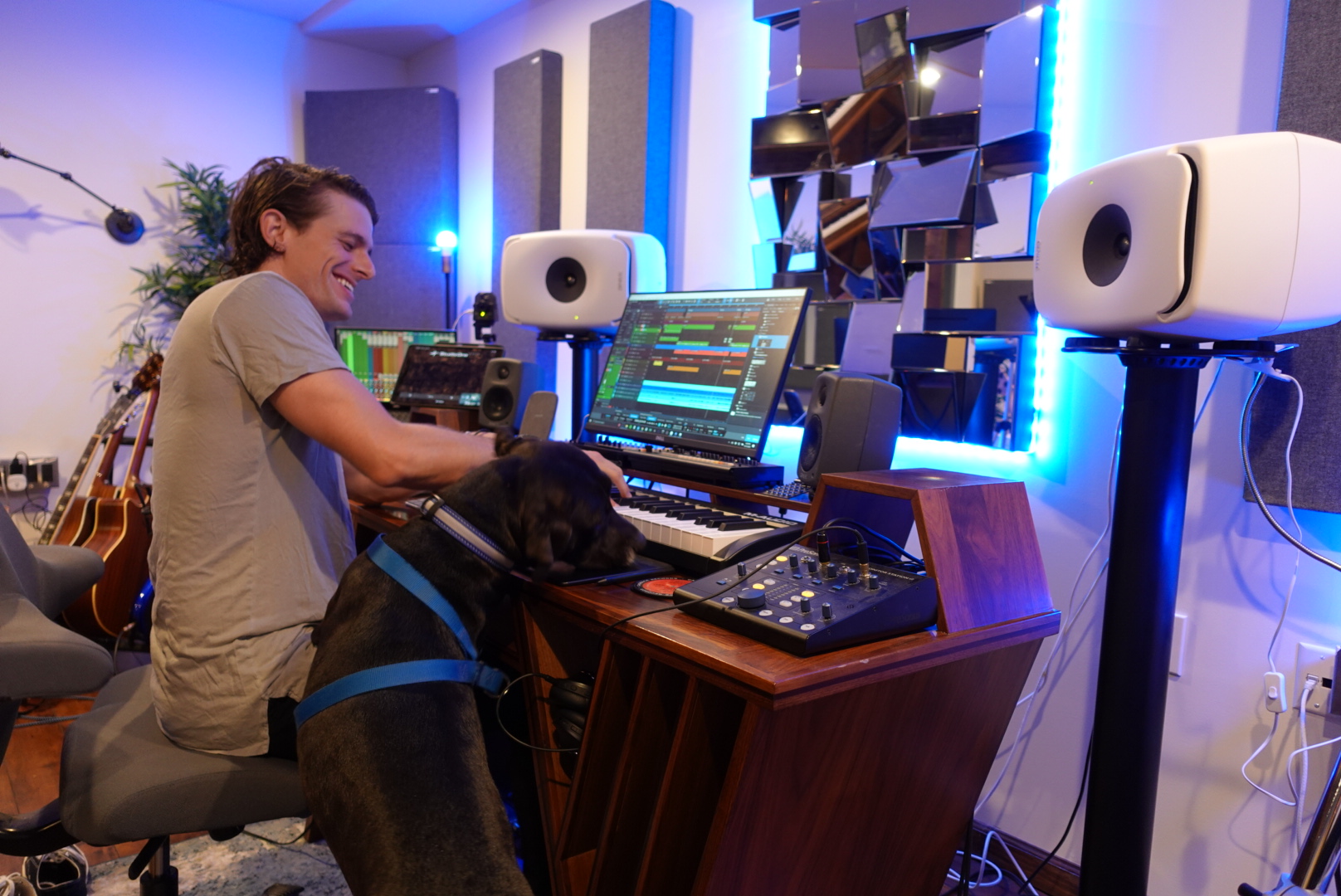