La Casamurada expands its recording arsenal with Genelec ‘The Ones’ Monitors

La Casamurada expands its recording arsenal with Genelec ‘The Ones’ Monitors 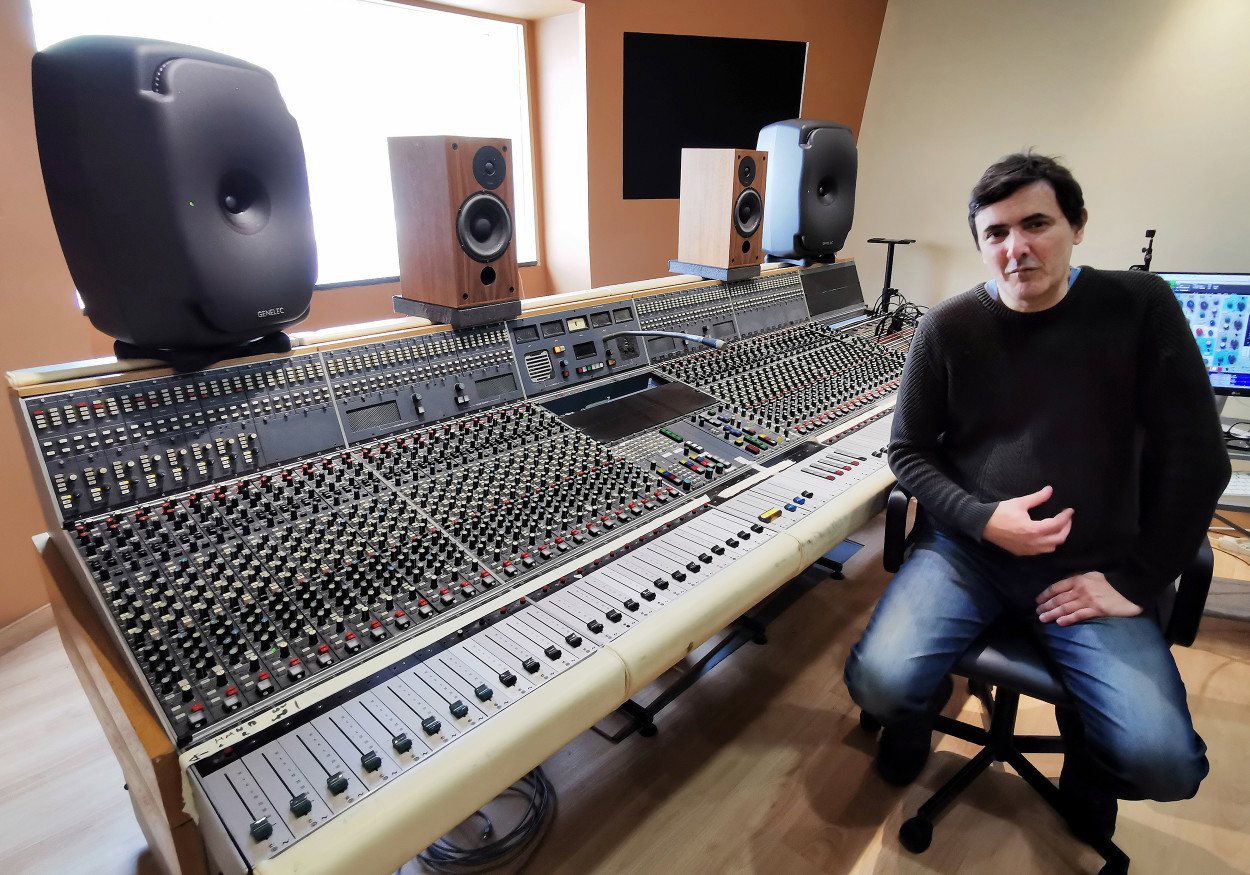 Penedès, Spain, July 2022… La Casamurada has expanded its monitoring capabilities with a pair of The Ones 8361 three-way coaxial monitors. The residential studio has built its reputation on delivering a unique experience for artists that draws on all the acoustic benefits of its historic location, while also offering a thoroughly modern technical environment.

The studio itself is located in the former wine cellar at the base of a defensive tower in a 12th century fortified farmhouse. In 2007, Jesús Rovira, bassist and composer for legendary Catalan rock band Lax ‘n’ Busto, decided that the acoustics made the cellar perfect for recording, and set about creating a space that would give musicians everything they need from a residential studio, while also respecting the original fabric of the building.

“We use the new 8361s for recording – their primary use – and mixing,” explains Rovira. “We’re very satisfied with their performance; in fact, all the engineers who have been in the studio since the 61s were purchased have been very pleased, and have told me so in no uncertain terms!”

The flagship of The Ones series, the 8361 monitors were created to offer an exceptionally wide dynamic range, unrivalled directionality and imaging, and an SPL of 118 dB, providing true reference monitoring even at longer listening distances. The 8361 promotes faster and more consistent decision making, and also allows users to work reliably on longer sessions – because unnatural imaging, a main contributor to listener fatigue, is minimised.

“These new Genelec monitors tell you crystal clear what’s going on and how to resolve it in your recordings and mixes,” says Rovira. “The feeling of stereo and 3D depth is beautiful.”

To get the most out of its new system, La Casamurada also took advantage of the calibration capabilities of Genelec’s GLM loudspeaker manager software. To achieve the best results, Rovira worked with Roberto López from Audio-Technica, Genelec’s distributor in Spain, to ensure that the monitors were optimised perfectly for the acoustics of the room. “The GLM software is very useful and adept at correcting flaws in the environment in which you are going to use it,” states Rovira.

“The acoustic treatment in the room is excellent, so once we’d analysed the system’s performance with GLM all that was required was some very minor adjustment in the LF region below 100 Hz,” adds López. “Overall, the response is smooth and flat, and this combination of an excellent room and a great pair of monitors really does produce mixes you can trust. Jesús is planning to move the 8361s from the console meter bridge to floor stands, and then all that’s required is a simple re-calibration. The flexibility that GLM gives you makes life so easy!”

The new monitoring system has been called into action for numerous sessions in the first few months since the addition of the 8361s. The artists that have benefitted from the new set-up include Ciudad Jara, with the Santos and Fluren production team, Despistaos with Tato Latorre, a jazz production with the Joan Claver Trio, Los Telepáticos with Ricky Falkner and Jordi Mora, and Mi Capitán, a band that includes members of Standstill, Egon Soda and Love of Lesbian.

"I’m very happy with these monitors,” concludes Rovira. “In fact, I've already recommended them to quite a few people. Everything seems to indicate that it’s been a good investment.”