The team at office technology experts Perkko Oy oversaw the installation at the three schools. Tarja Karppinen of Perkko Oy says “The Genelec speakers sound great, they’re straightforward to install and we get great feedback from users. We had absolutely no problems with installation of the loudspeakers at the schools, and their reliability is terrific. We regularly recommend them to our clients, and we find that once people have heard Genelec, they do not want to go back to anything else!” 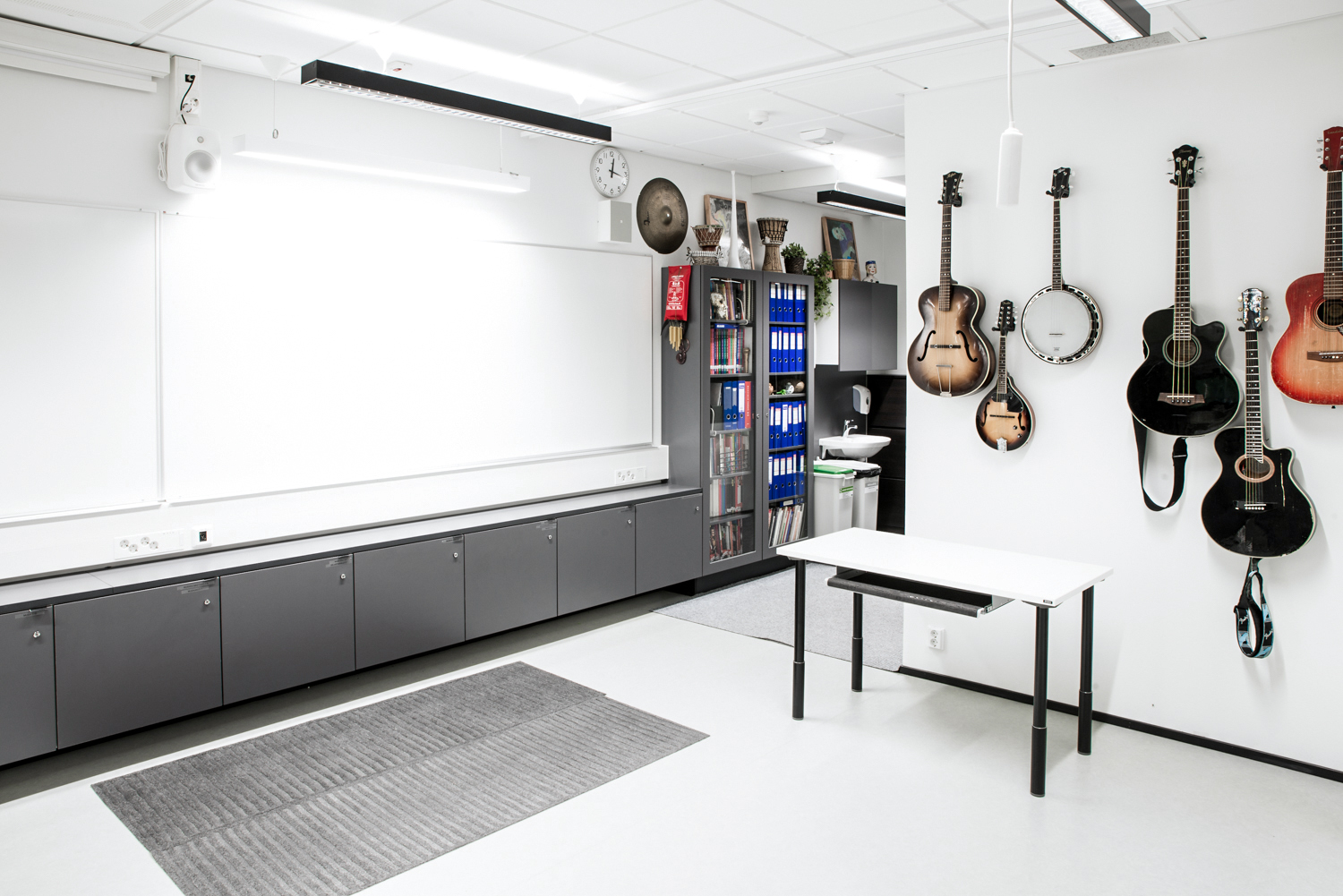 The loudspeakers have been installed in a variety of learning environments, with many pairs of loudspeakers placed either side of interactive whiteboards, forming a multimedia focal point. An often overlooked aspect of educational environments, Tarja argues that sound can play a key role in students’ learning. She added “Clear sound is very important in education, and particularly in music, media and language rooms. One area which we have noticed its importance is in language lessons when students are listening to a foreign language, and trying to discern subtle sounds. One example of this is the distinction between the German ‘s’ and ‘ss’ sounds. The precise sound of Genelec is absolutely ideal for this purpose, as well as for general everyday use.”

Tarja first began using Genelec loudspeakers in Perkko Oy’s work in 2010, having initially installed the 6010 series, and she has continued to recommend them.

The Genelec 4010, 4020, 4030 and 4040 are compact and powerful two-way active loudspeakers designed for indoor commercial and professional installations. All models contain an integrated amplification unit comprising an active electronic crossover, overload protection circuitry and two power amplifiers, one for each driver. 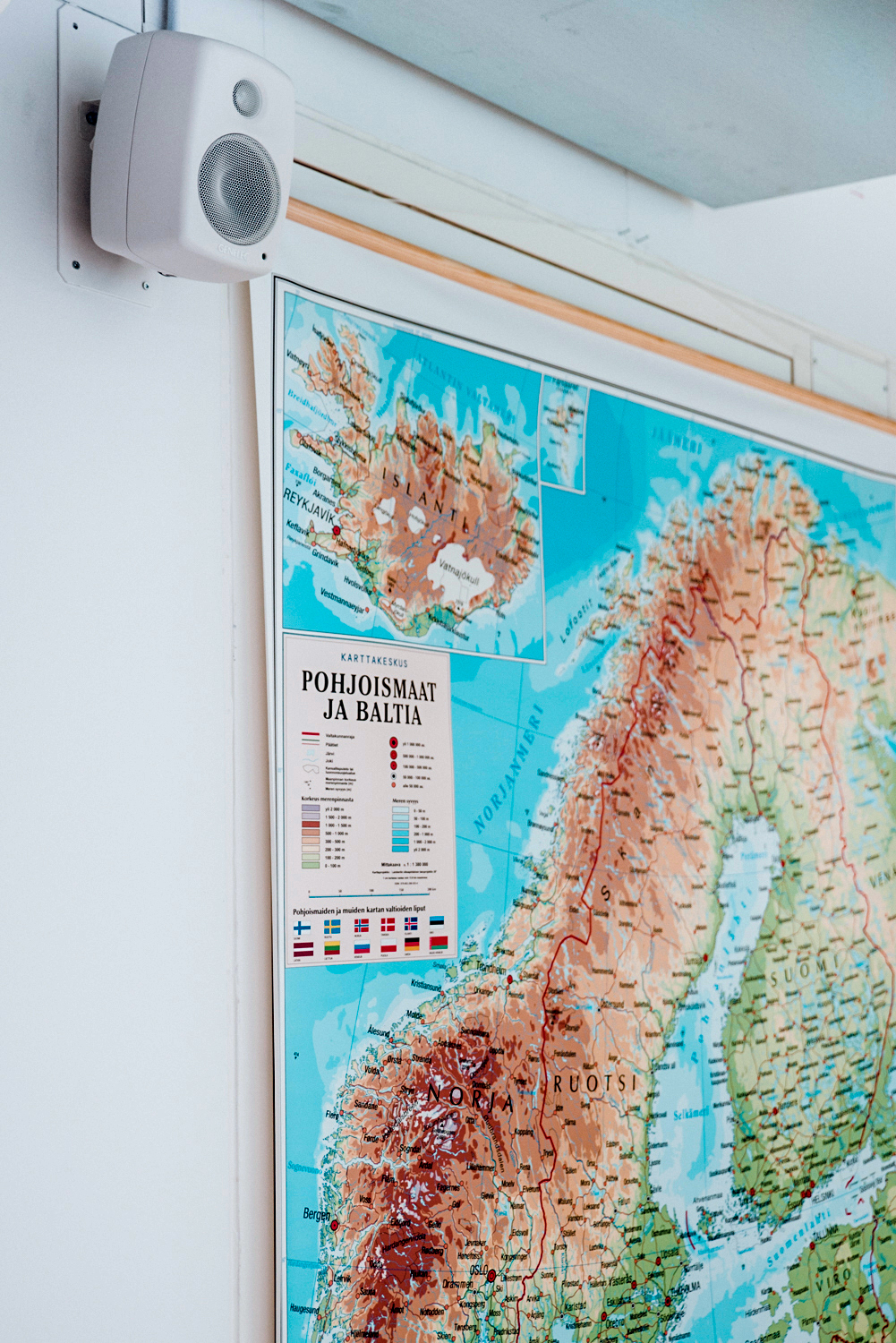 The models in the range feature the die-cast aluminium Minimum Diffraction Enclosure™(MDE™), with relatively large internal volumes; softly curved edges and outstanding mechanical strength. As a result, the imaging accuracy and low frequency extension with such a compact enclosure are truly astounding. The enclosure design also incorporates the advanced Directivity Control Waveguide™ (DCW™) for the treble driver, providing an amazingly smooth on and off axis response and a long, curved reflex port ending in a wide flare for excellent bass articulation. Both drivers are protected by sturdy metal grilles. 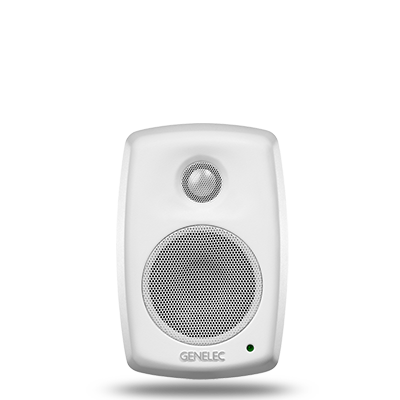