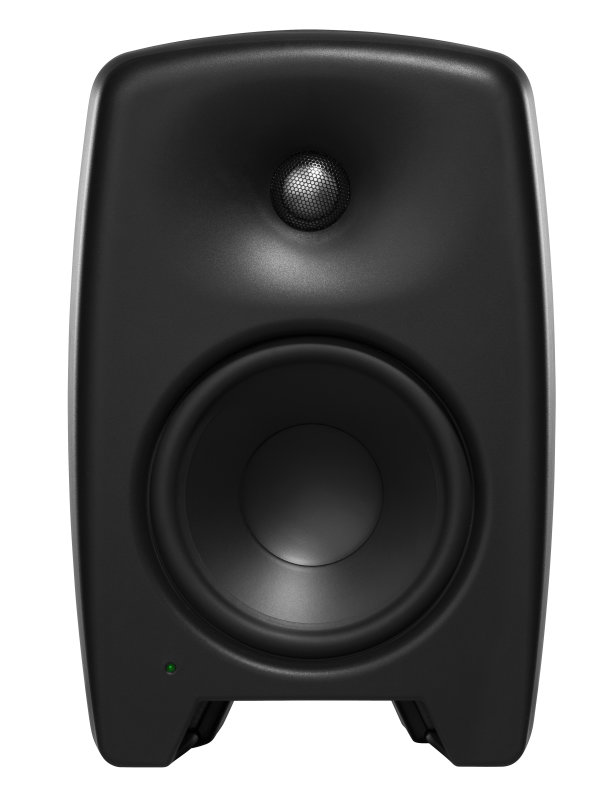 Genelec M Series was awarded with the Audio Media Gear of the Year 2013 award in the category "Outstanding & Innovative Product".

Genelec M Series was awarded with the KEYS Magazin Leser-Award 2015 in the category "Best Studio Monitors". 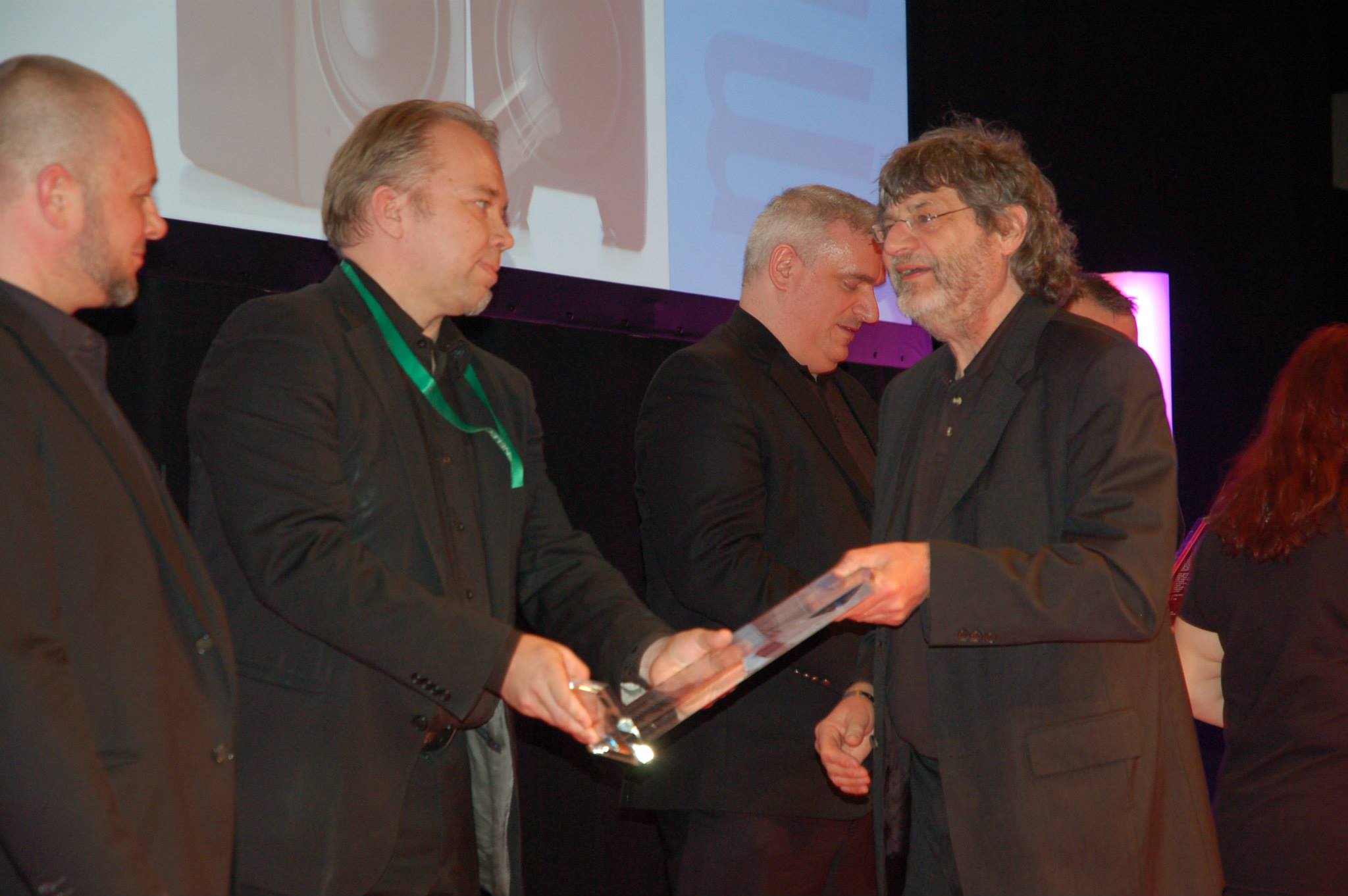 Genelec's Sales Director Mikko Tuomi with Juho Martikainen (on the left) receiving PIPA 2014 award for the M Series monitors, which were successfully shown at musikmesse this year!

On the first day of the 2015 NAMM show in Anaheim, California, Genelec was awarded ”Best Monitor of the Year 2014” for its M Series monitors, the M030 and M040 models. The winners of the different awards are nominated from the votes of Sound on Sound magazine readers in Europe, USA and Brazil.

Genelec M Series was awarded a TEC (Technical Excellence and Creativity) Award 2014 in the category of Studio Monitor Technology. 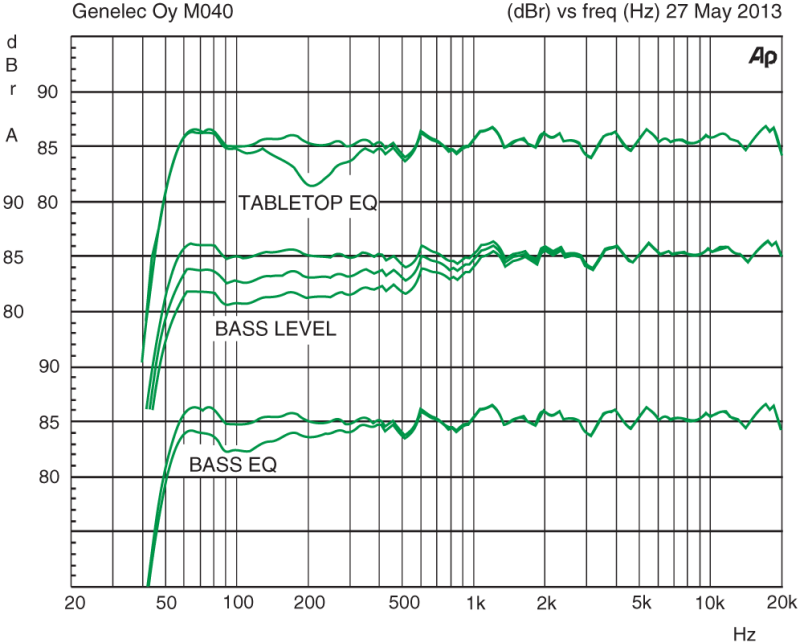 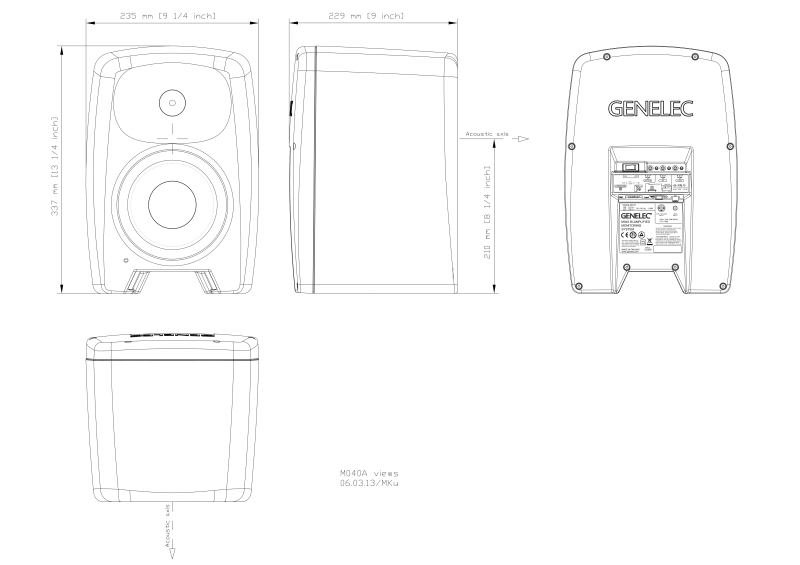 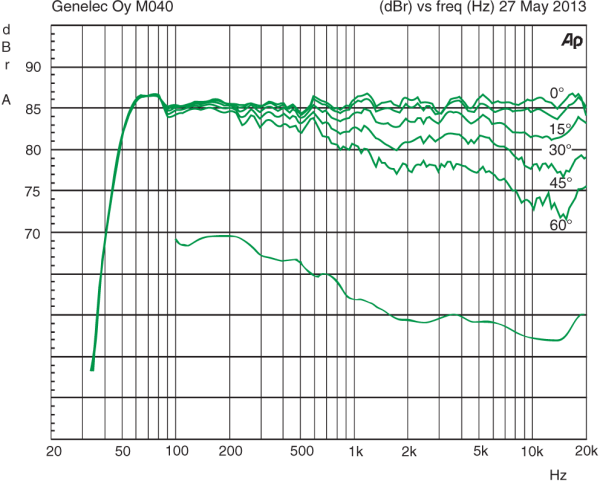 "The audio quality of the new M Series dives deeper into the bass end of the pool."

-by Paul Vnuk Jr., the author of the review article

The Recording Magazine's article "Genelec M040 Monitors" was published in June 2014. It is written by Paul Vnuk Jr.

-Bob Thomas, the author of the review article

The Sound on Sound Magazine's review article was published in May 2014, and it is written by Bob Thomas.

"A great new design that makes Genelecs more affordable without compromising the sound."

-Jon Musgrave, the author of the review article

-Luděk Oravský, the author of the review article

-Onkel Sigi, the author of the review article

The review article was published online on the amazona.de website in December 2013. It is written by Onkel Sigi.

The review article "Test: Genelec M040 und BMC Audio PureDAC | D/A-Wandler, KH-Verstärker (stationär), Kompaktlautsprecher, Aktivlautsprecher" was published in November 2013. It is in German, and it is written by Jochen Reinecke.

The delamar Magazine's (DE) review "Genelec M040 Testbericht: Kompakter Nahfeld-Studiomonitor" is available in German and it is written by Von Felix Baarß. It was published on September 2013. 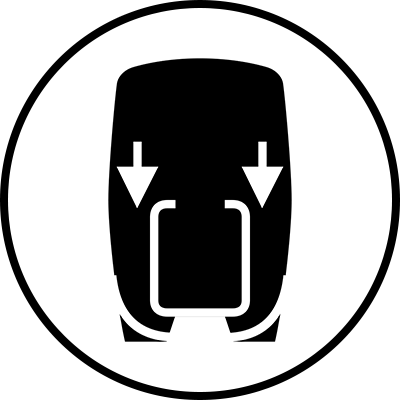 Genelec’s choice for vented (or bass reflex) enclosures dates back to 1978 and the first active monitor developed by Genelec, the S30. Research to improve the performance and efficiency of reflex ports has been pursued ever since.

A typical reflex port enclosure features a tube and an opening area. To avoid turbulences in the tube the air flow should not meet any acute angles as this would generate noise, compression, distortion and losses of the total radiated energy. To minimize the air flow speed, both the tube and its cross section have to be large. Often, the outer enclosure dimensions become a limitation, because a long tube will not fit in the available volume anymore.

The M Series features two vent tubes having opening stretching across half of the enclosure depth to address these specific issues. The novel patent-pending Laminar Integral Port, LIP™, has been flow-optimized using computer-based finite element models to achieve low distortion and high efficiency even at very high audio output levels. 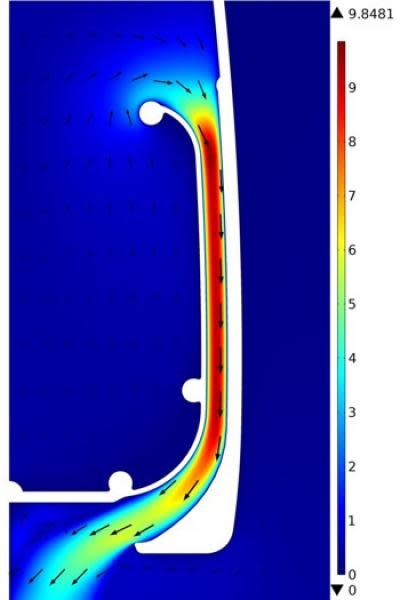 The reflex ports are integrated in the NCE enclosure during the moulding process, avoiding the need for separate additional components. The cross-section plot (Figure) demonstrates the efficient flow characteristics of the port. The natural installation orientation of the M Series is vertical and to allow easy placement of the monitor against a wall, the M Series ports opening face downwards, in the space under the monitor. 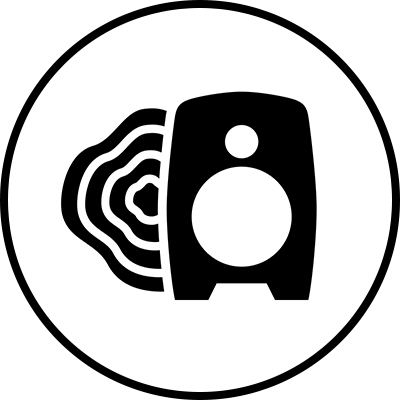 Since its founding Genelec design philosophy has been based on sustainability and environmental values. Genelec is also known for its ability to introduce new and innovative technology. In fact, from 2003 Genelec was involved in university research projects studying the use of wood composites for injection moulding. In 2009 Genelec started a program to develop enclosures containing one half of wood fibres.

Genelec innovative M Series Natural Composite Enclosure, NCE™, employ a new environmentally friendly material manufactured in Finland from wood fibres and other recyclable materials. The NCE™ material is best described as injection-mouldable wood, which contains approximately half wood fibres. Other materials include colour pigments, flame retardants, lubricants, etc., which are all integrated in a polypropylene matrix. Polypropylene is a recyclable material (polymer resin identification code number 5) that features a low melting point ranging between 130 and 170 degrees Celsius. This environmentally attractive polymer has been selected for its resistance and durability, its high internal damping and its resilience against impacts and physical damage. 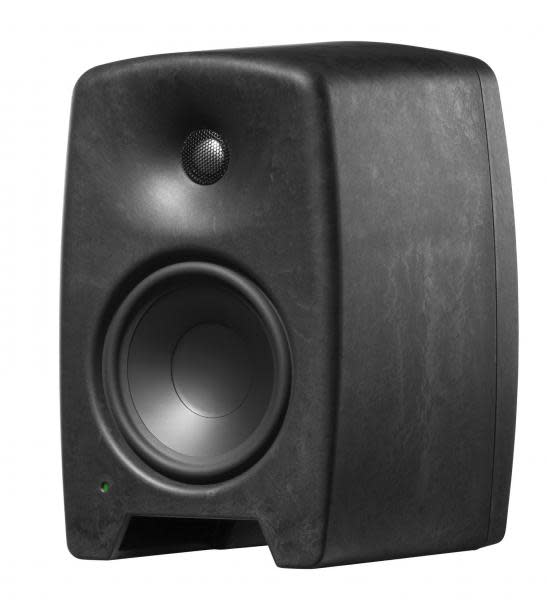 In terms of manufacturing, the injection moulding process allows design of structures with small wall thicknesses and multiple internal support and bracing to increase the enclosure stiffness. Production of acoustically highly optimized outer shapes and forms become also possible. At the same time the enclosure internal volume is maximized, which is paramount to achieve high acoustic output at low frequencies. The material itself has high internal vibration energy losses which is advantageous in enclosure design, where damping and rigidity is required.

The highly renewable NCE material features also many of the outstanding acoustical properties found in wood fibres, being 100% stiffer than the common ABS plastics typically used in loudspeaker enclosures.

Additionally, the often environmentally hazardous painting has been eliminated from the production process, saving also in transportation and handling. In fact, enclosure front and back parts are manufactured as finished elements, ready for assembly, in factories close to Genelec’s manufacturing plant.